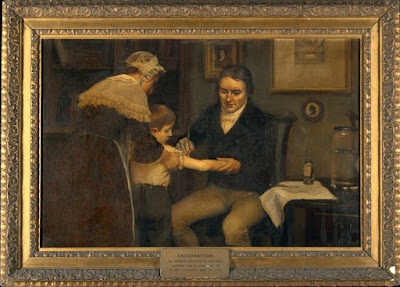 Edward Jenner (1749-1823) was the English physician best known for the development of the vaccine against smallpox. He coined the term “vaccine” and is often thought of as the “Father of Immunology.” His Wikipedia page states that his work has "saved more lives than the work of any other human." He worked in a number of areas such as zoology and geology. He was a “fossil hunter” that as a boy found the Plesiosaur “monster” fossil and was an early proponent of fossils as “monuments to departed worlds” instead of living species. He studied medical surgery, bird migration, and hibernation. 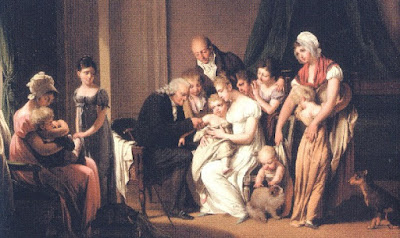 Edward Jenner was also a balloon enthusiast. I’ve always felt strongly that one’s hobbies and passions can, and should, shape a life. Even in light of his formal accomplishments ballooning shaped Edward Jenner’s life and the lives of his decedents. Jenner replicated Jacques Charle’s first hydrogen balloon flight, an improvement from the wood smoke version, and launched his own balloon from Kerkeley Castle in 1784. It landed in Kingscote Park which was owned by Anthony Kingscote. Jenner later married Catherine Kingscote and in the best of romantic traditions later used a balloon to deliver a poem to her. That’s high romance. In the romance department John Cusak has nothing on Edward Jenner (No offense Peter Gabriel)! 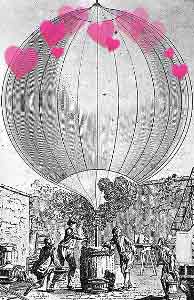 It is a remarkable experience to have read about Edward Jenner in text books and to discover later in life he is an ancestor in the chain of my existence. We are all statistical miracles of the natural world but now I can follow the chain and it's been a fantastic journey.

As an adopted child it is easy to assume your biological parent is a charismatic carnival barker with a hedonistic moral proclivity . . . or a drug addict. Maybe that type of thinking was a protective measure. Maybe that was just me. Nonetheless, as a child I still had fantasies of important biological parents and ancestors. I enjoyed those fantasies but knew they belonged in that "inner-chamber child world," as I used to call it. The dream of a famous family member was quelled by the statistical unlikelihood of it but also by an intense desire to focus on the here-and-now. That real-time focus grew into a deep need to start a family of my own. To search for it. To cherish the search. Then to treasure it. It's funny that after achieving what I really wanted with Mary, Jack, and Luke, that I discover all the rest. 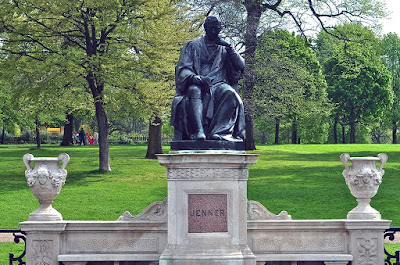 Today I maintain all the pieces of that journey in my personality but now I have something more. I have a heightened appreciation for balloons :) 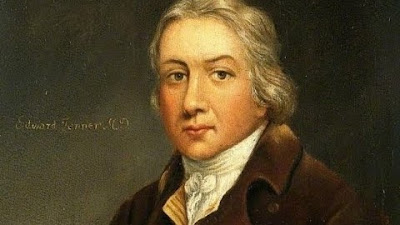