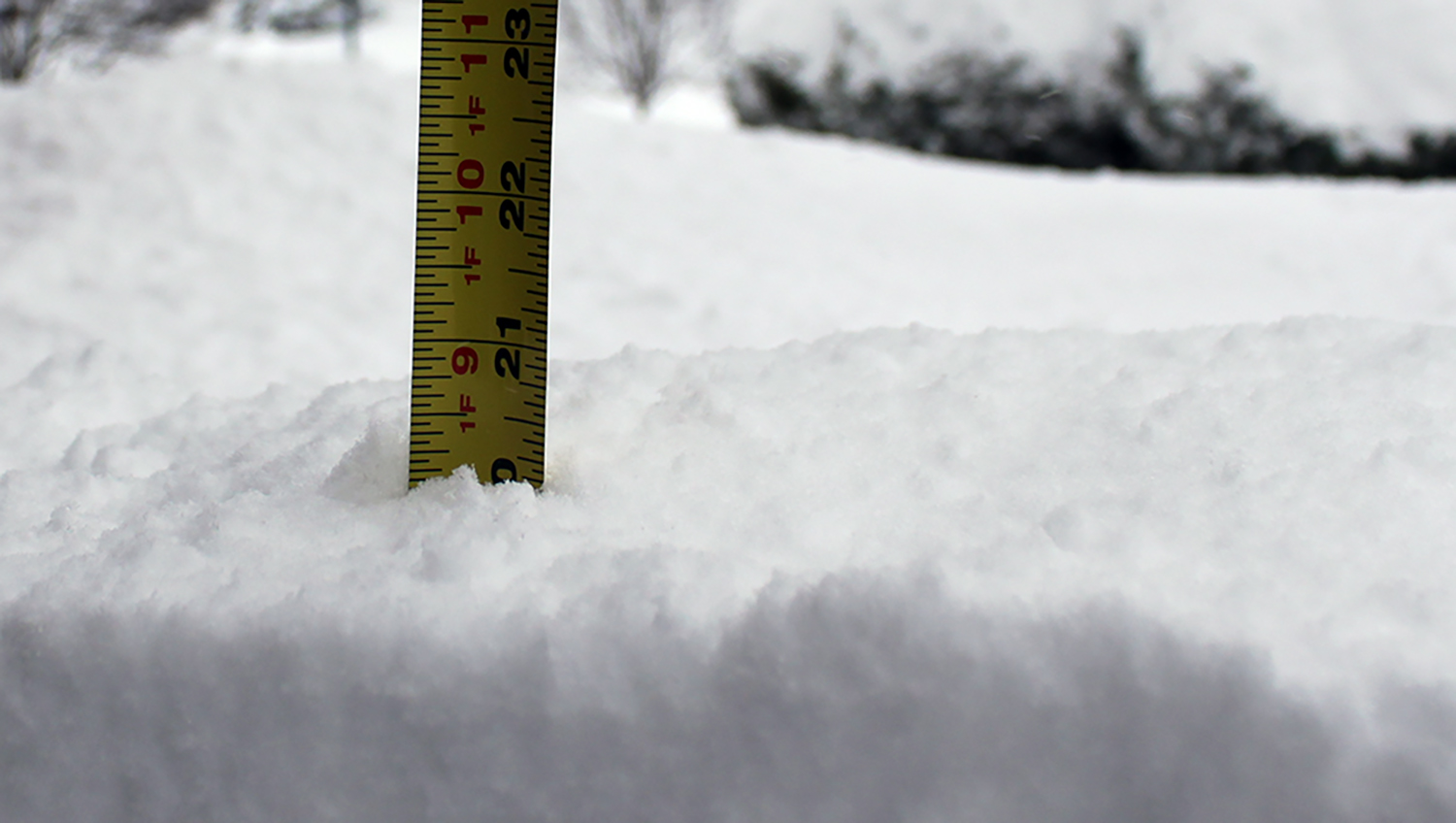 It was a lot of snow but probably not 20 inches as shown above. We solicited the boy's help. 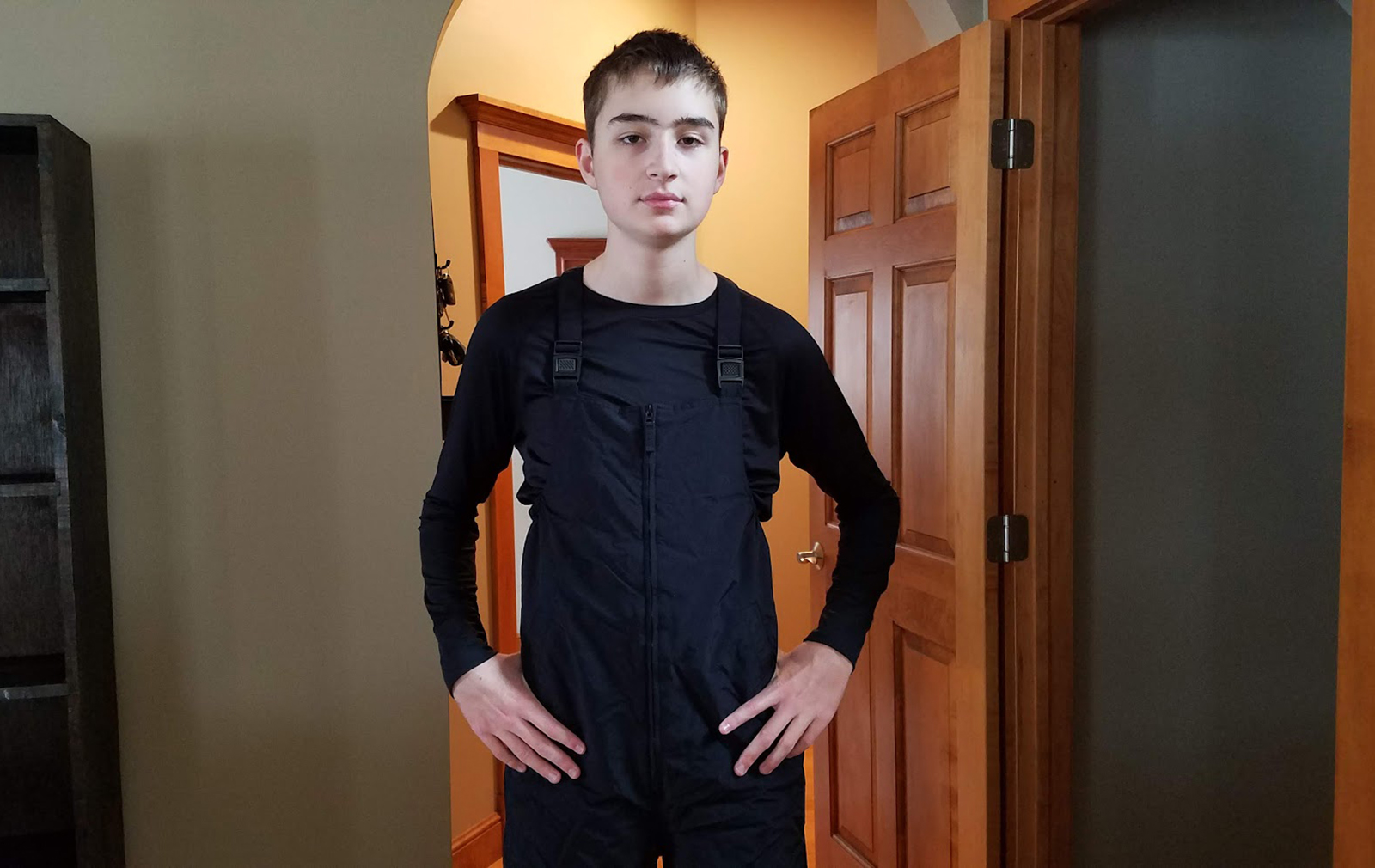 The snowblower made a world of difference but even with the help of that technological wonder it took a long time. 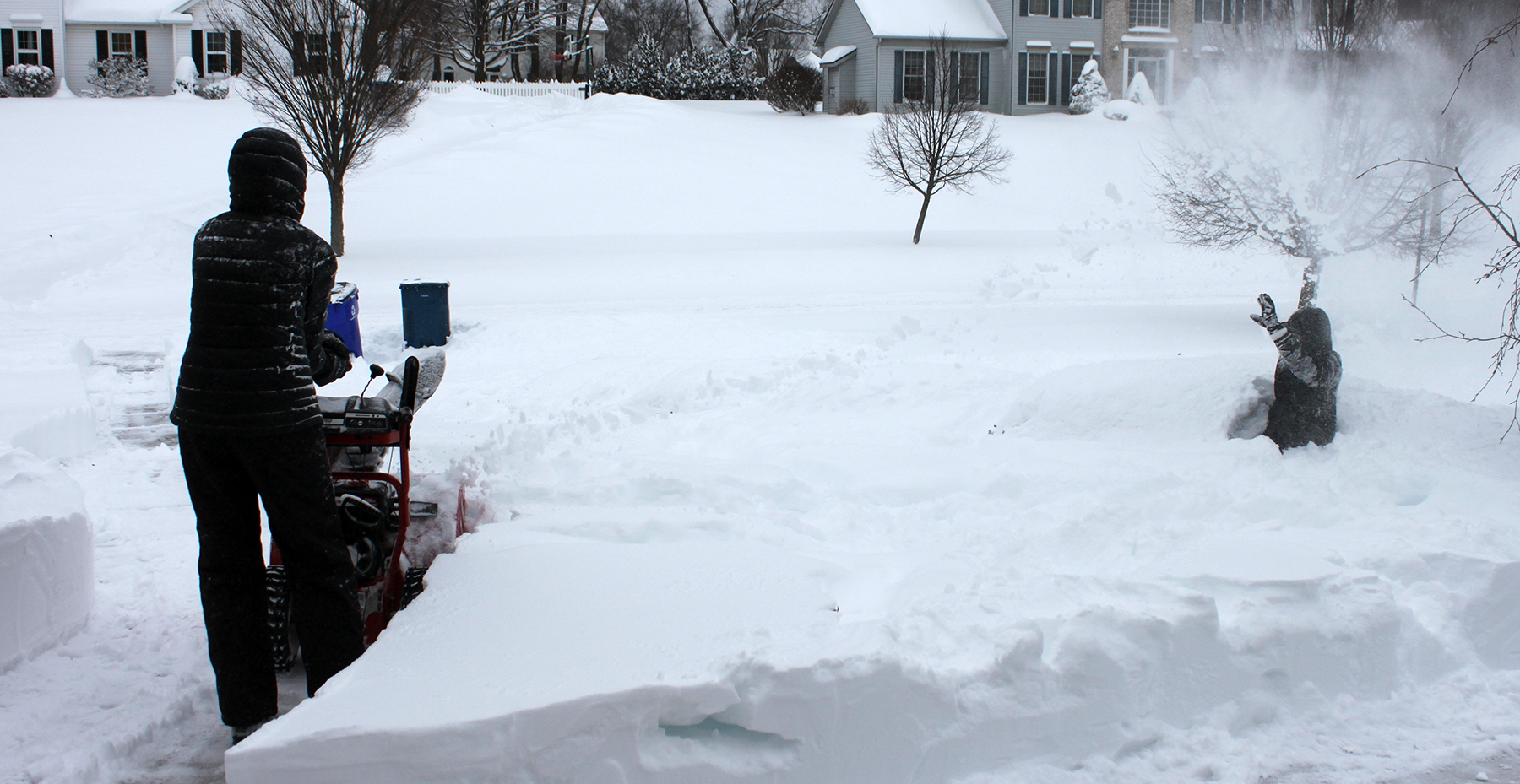 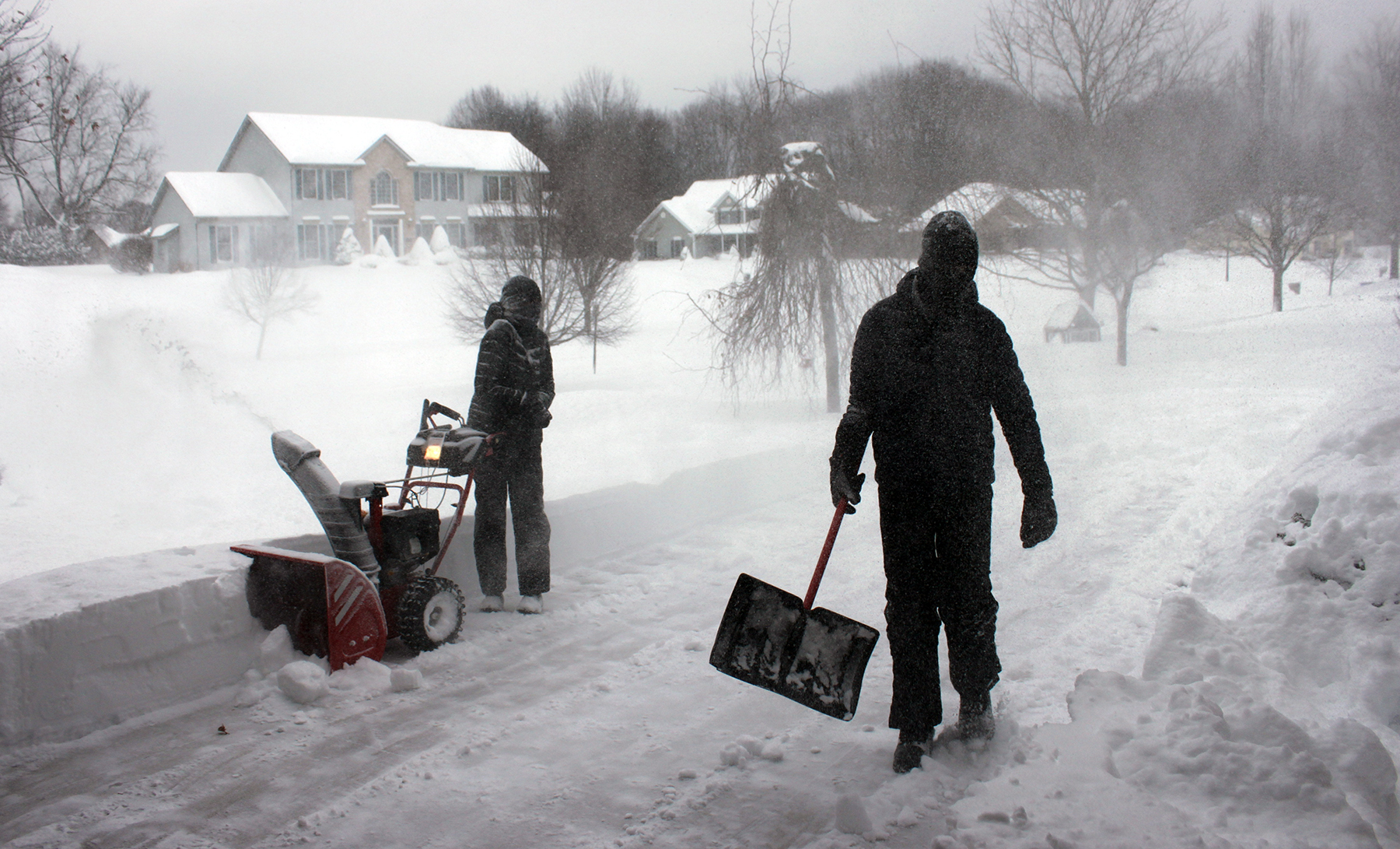 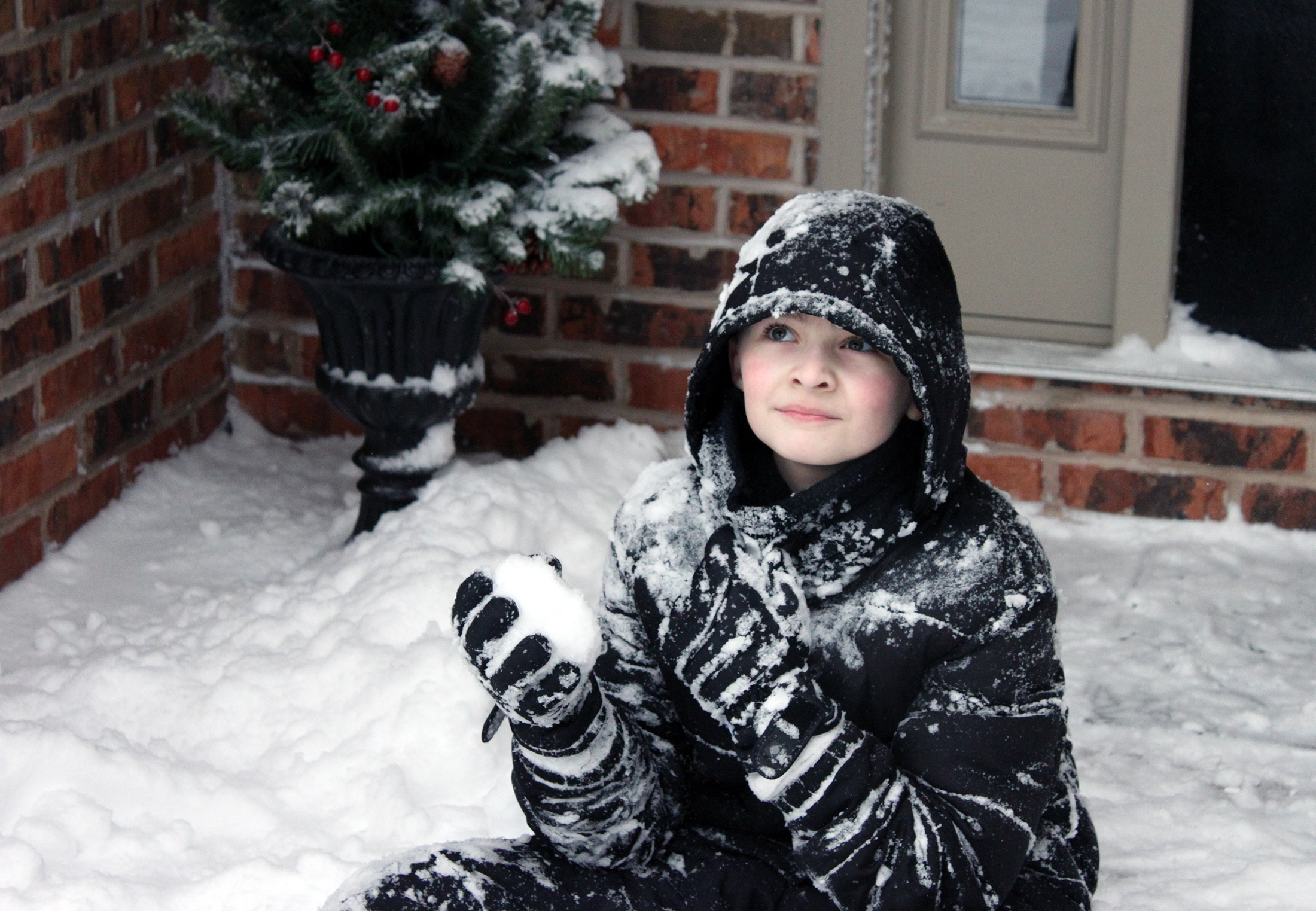 ...and proceeds to lick it. 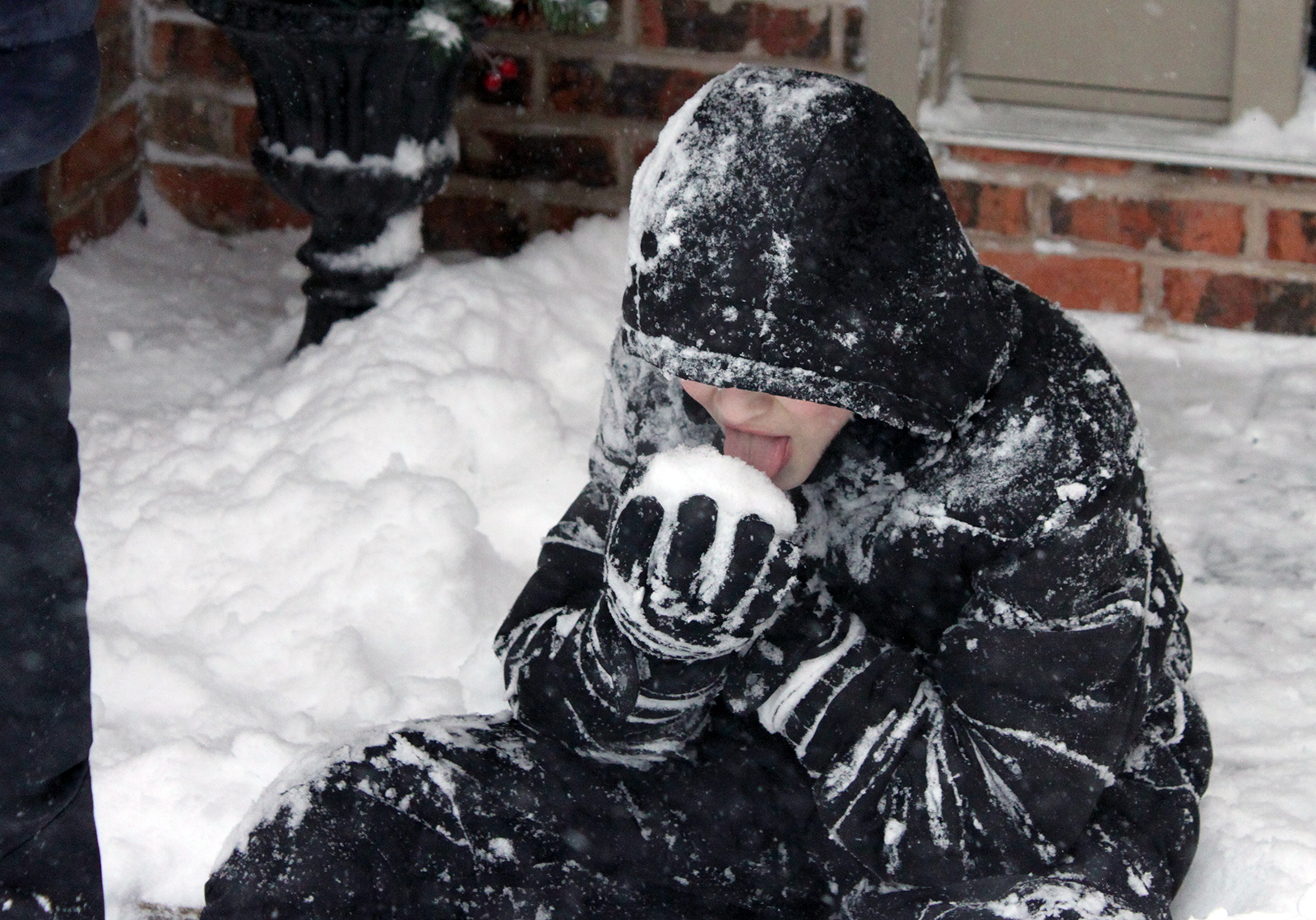 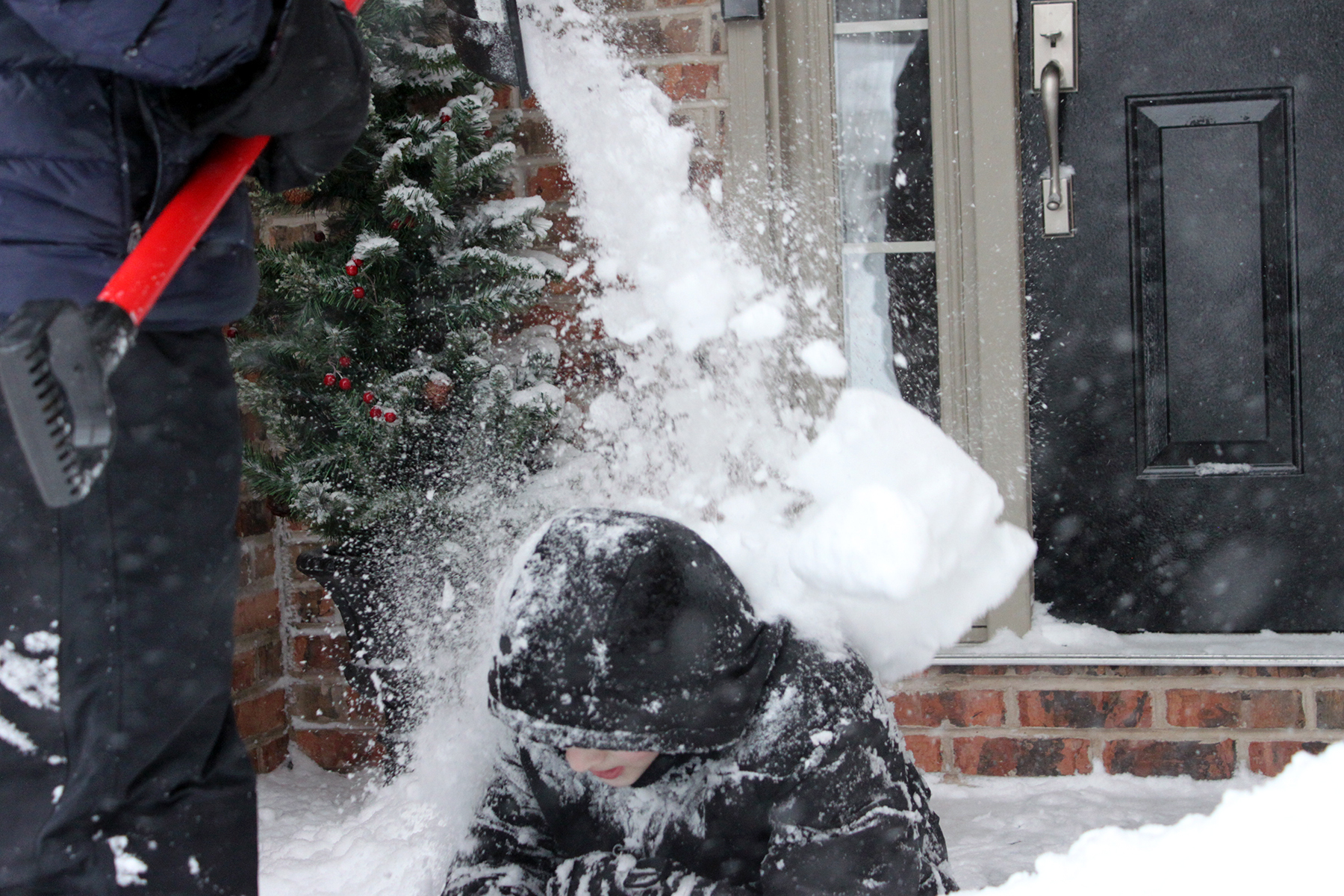 Luke built a snow fort under a bush. 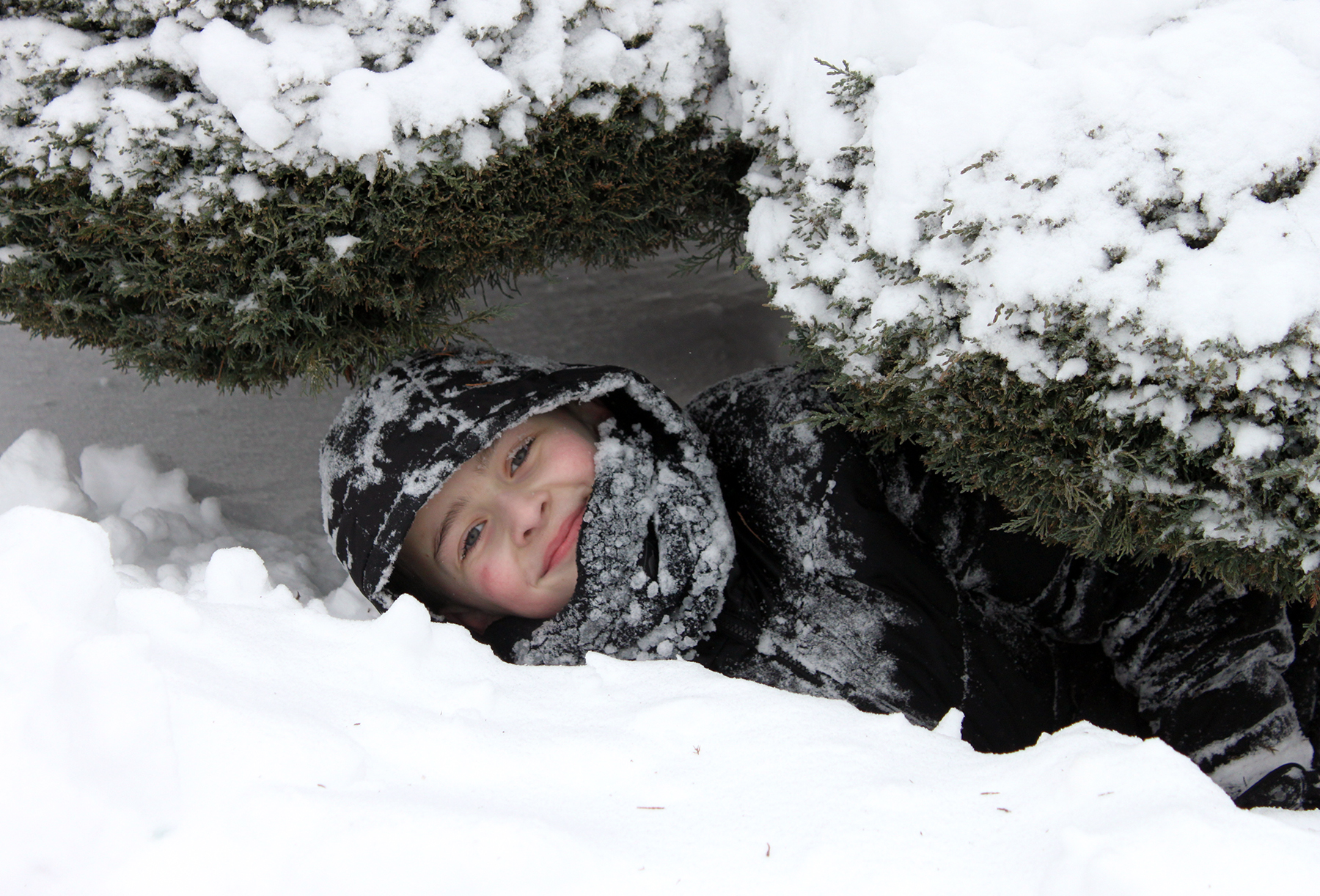 He also buried Jack and was kind enough to later dig him out. 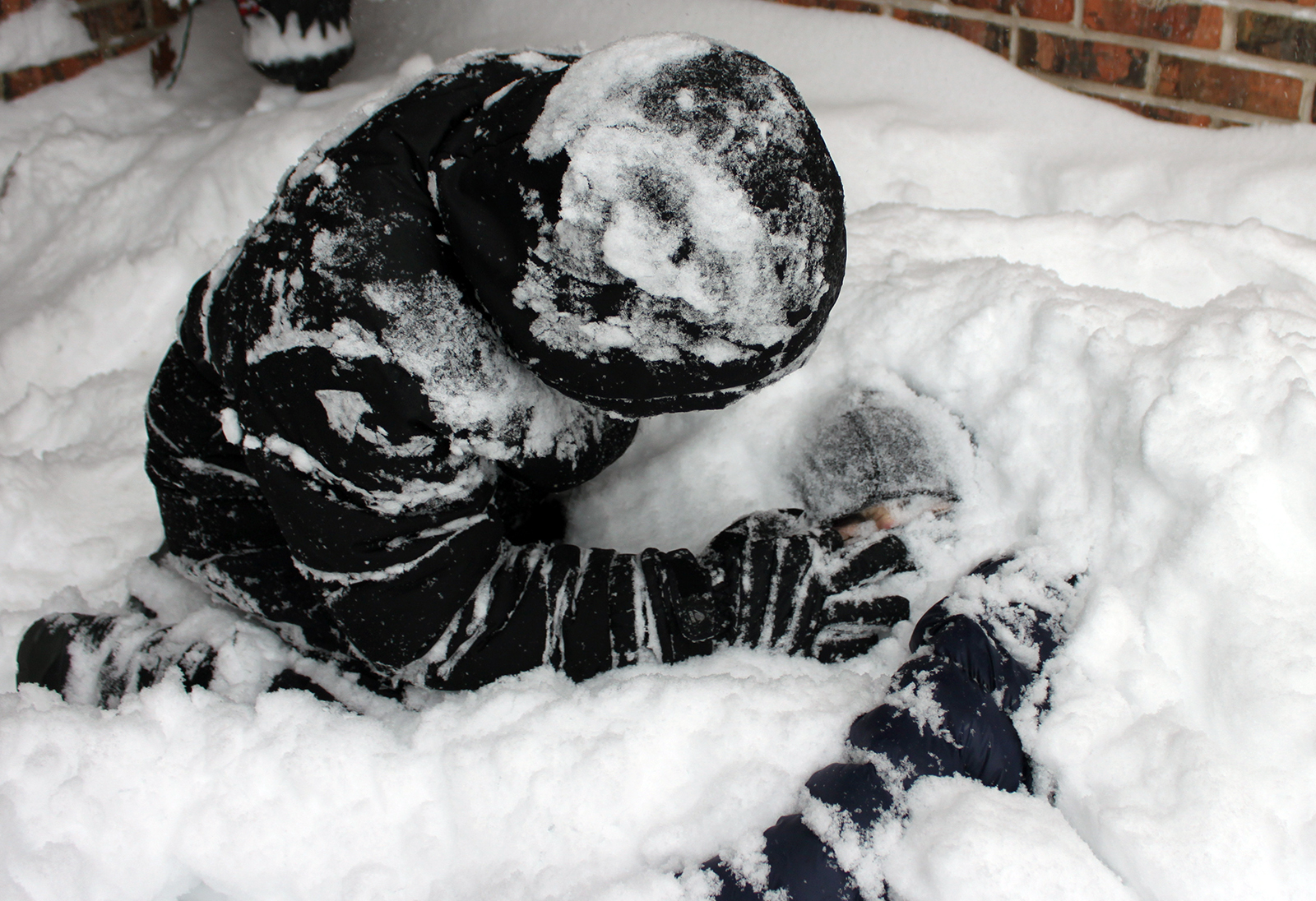 All the way up to the windows! We had to move everything out of the living room for the new carpet instillation tomorrow...if that is still happening. 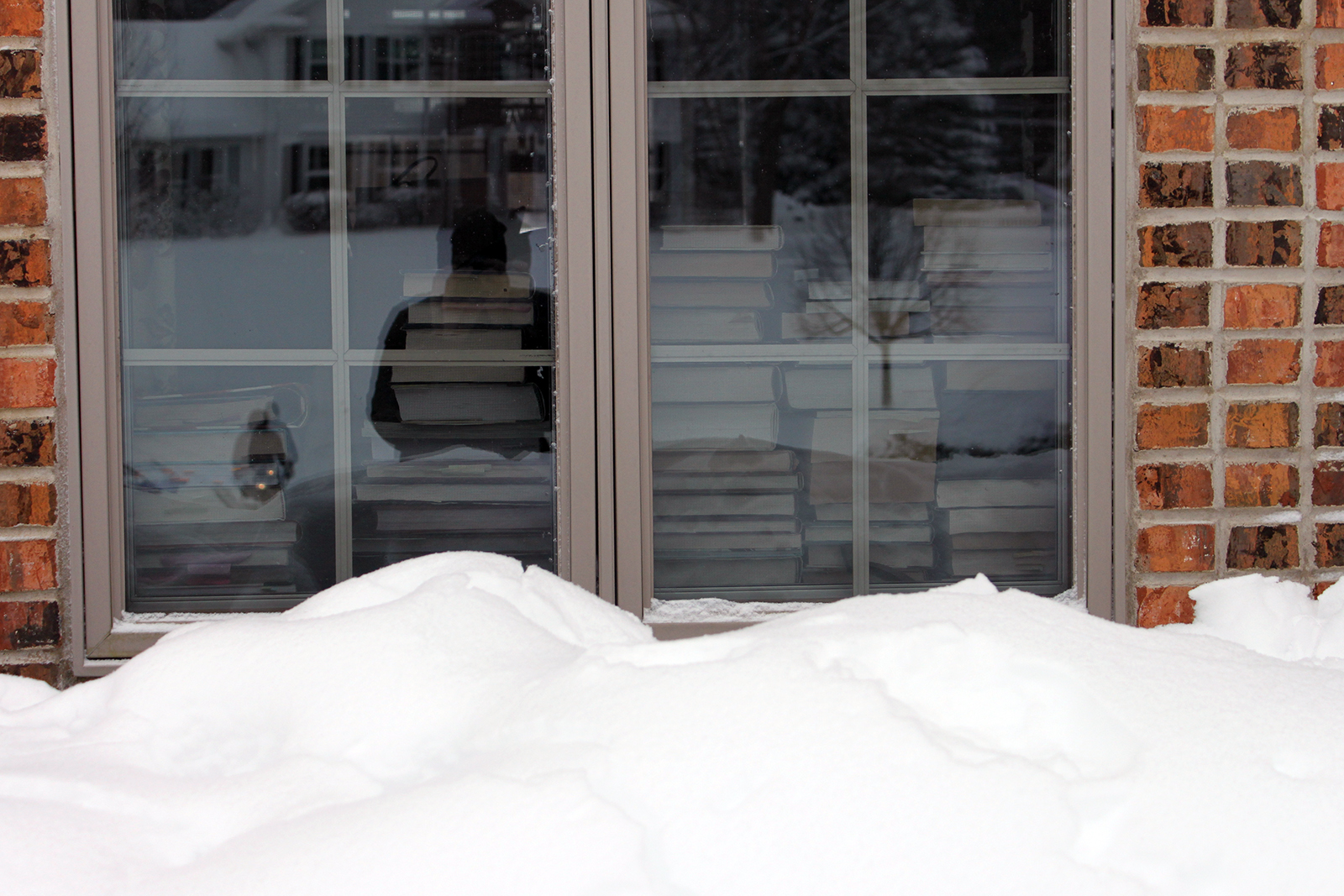 Someone towed a child up and down the street on a snowboard.