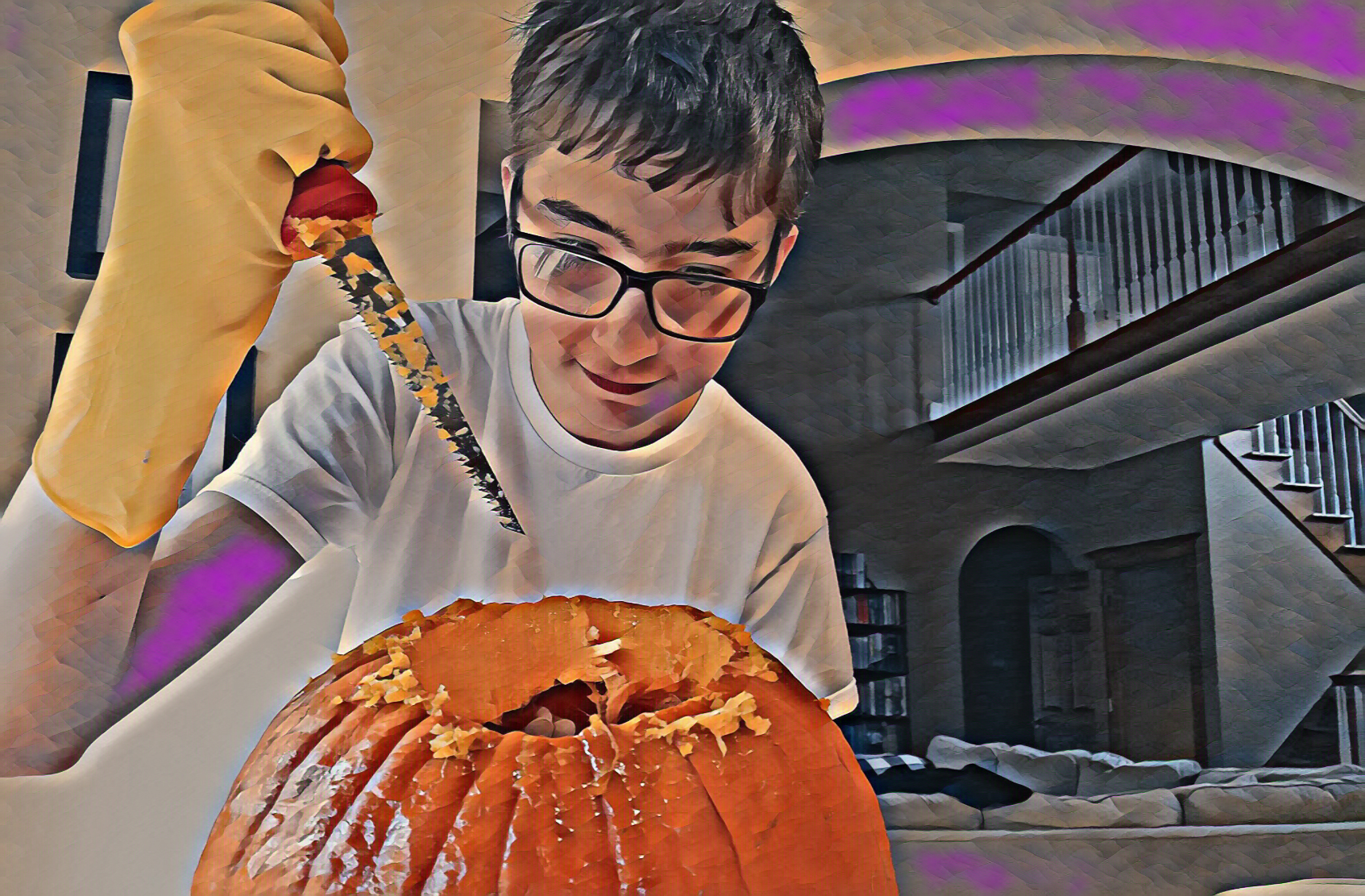 The boys enjoyed Halloween this year far more than we would have predicted. 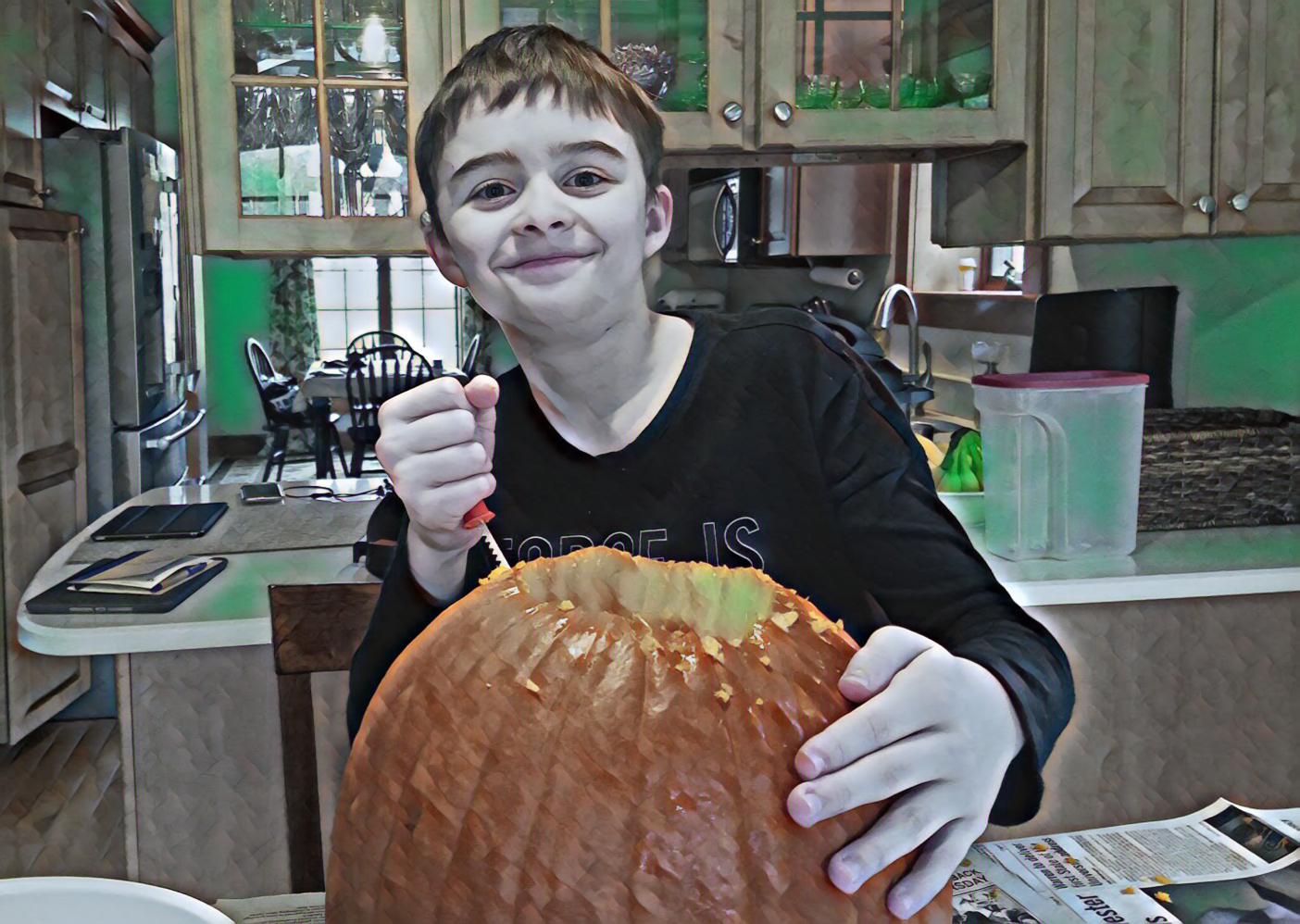 We carved pumpkins as usual. 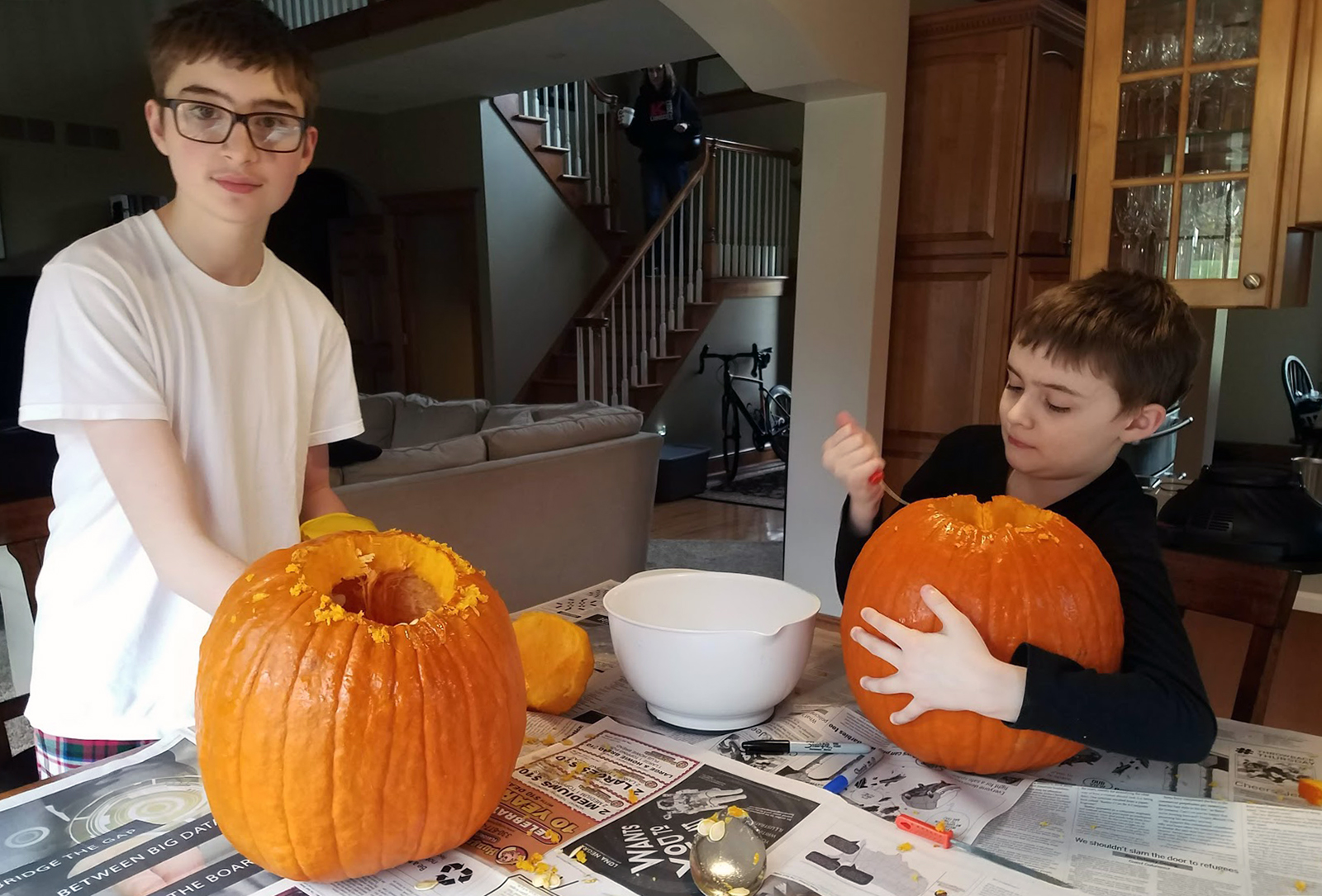 Luke posed for a photo in his regular way. 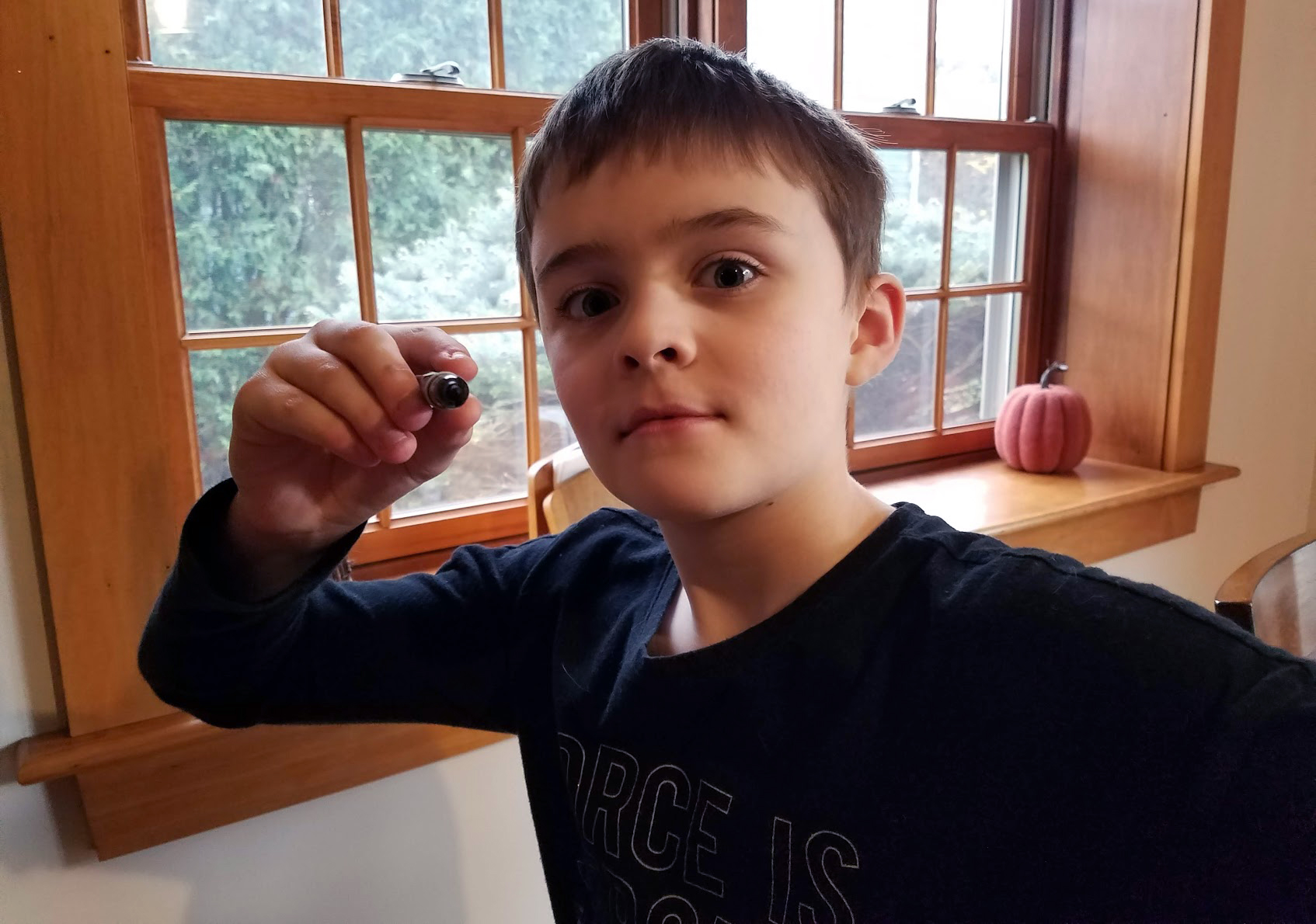 Someone defaced the newspaper we used to protect the table. Below is pumpkin guts on the face of a poor Kent State University student in the Kent Stater. 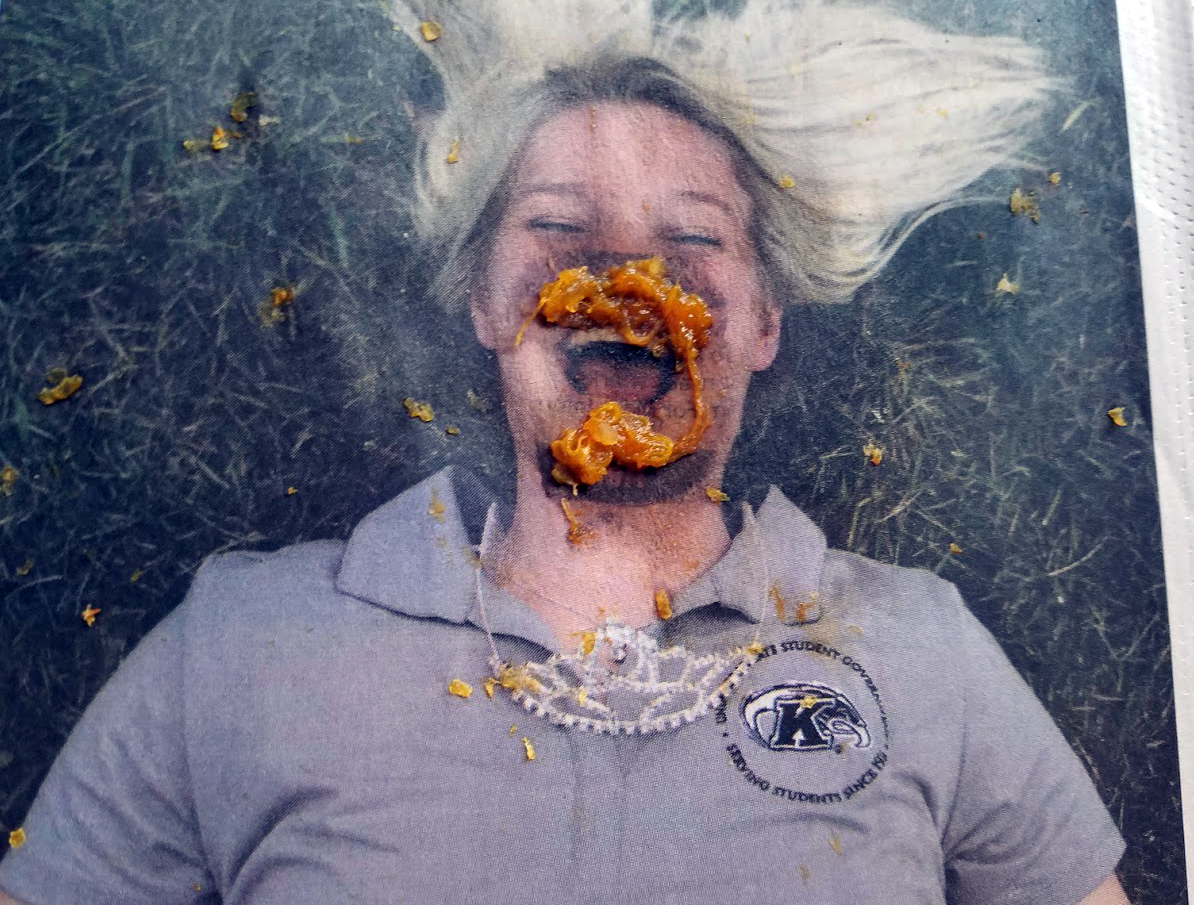 The big hit was the dinosaur costume. 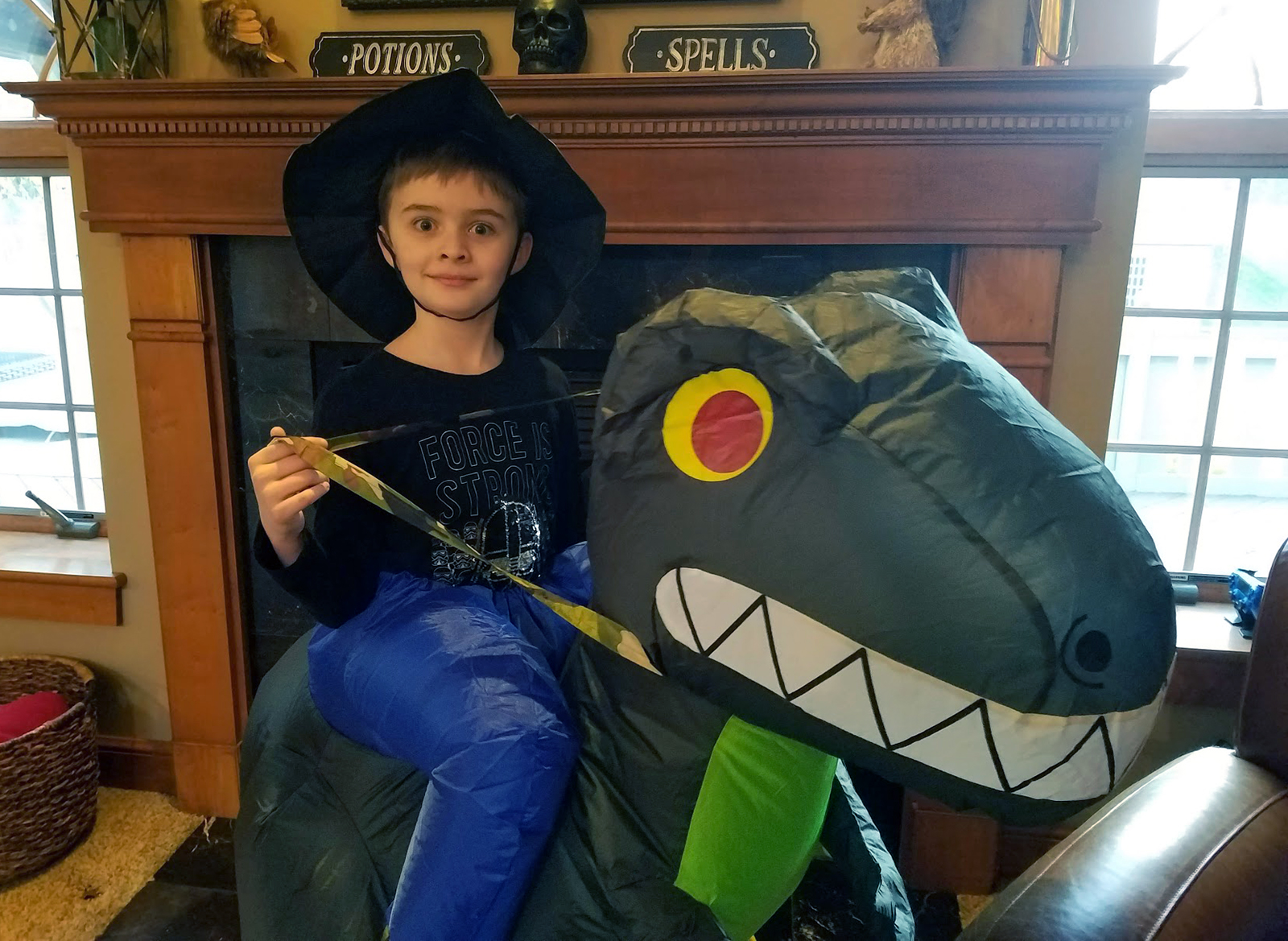 Both boys ran around the house and scared the poor cats with it (accidentally!). 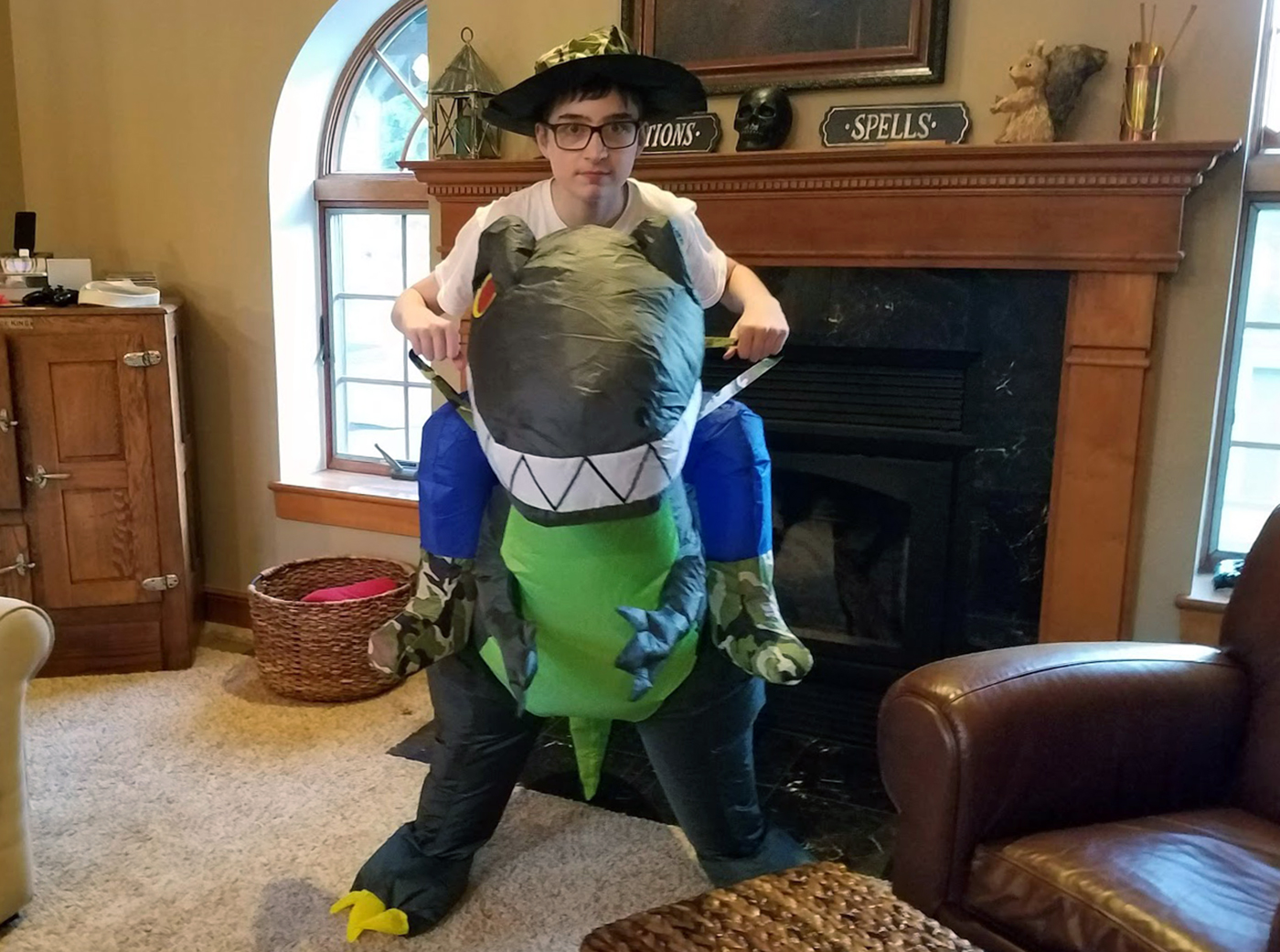 Jack ended up ditching his go-to Darth Vader costume to strut around the neighborhood as a dino rinder. 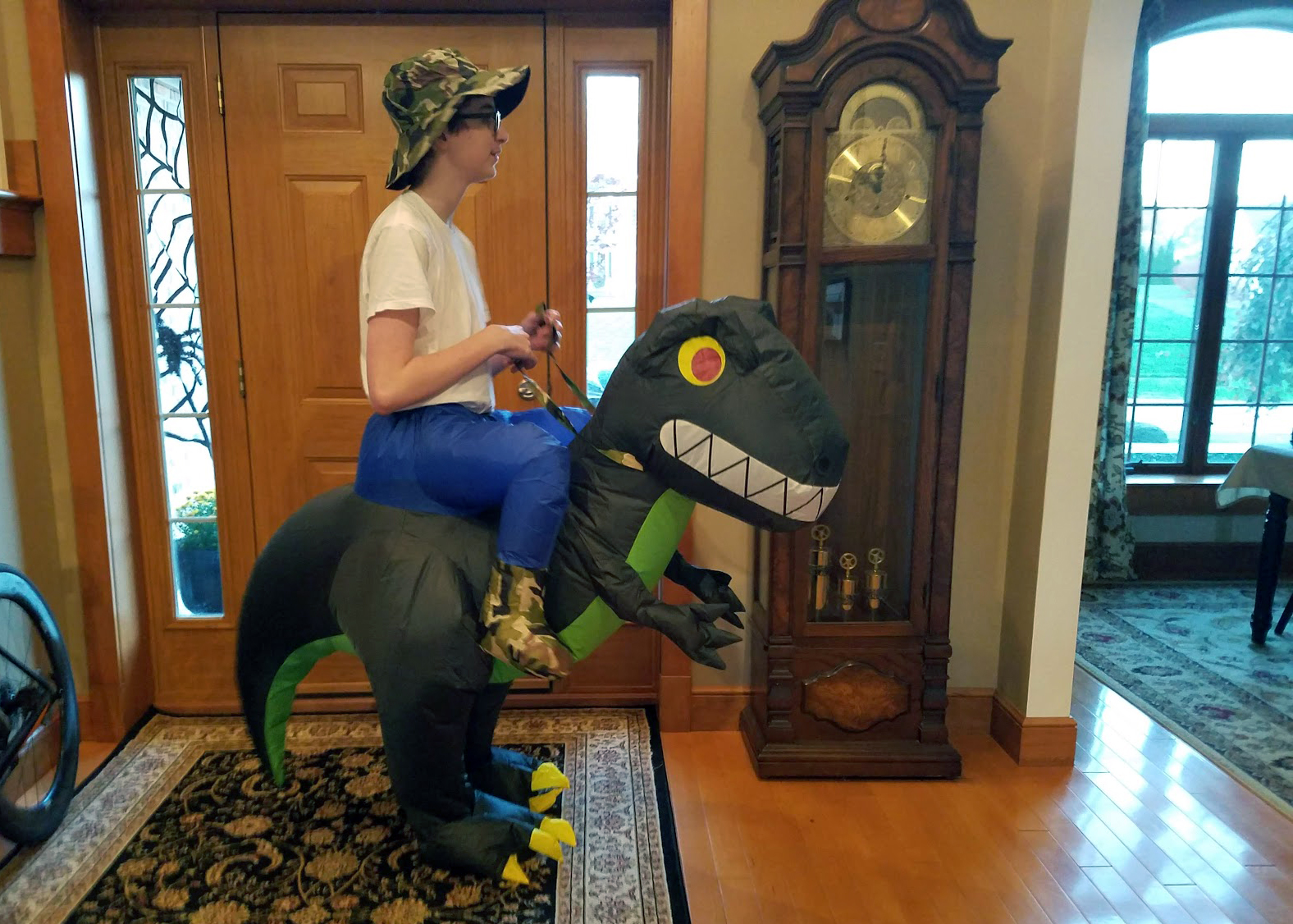 No one knew I got the dino costume. We made the boys knock on the bedroom door to get a container of chocolate. When they opened the door, there I was! Even Mary was surprised. 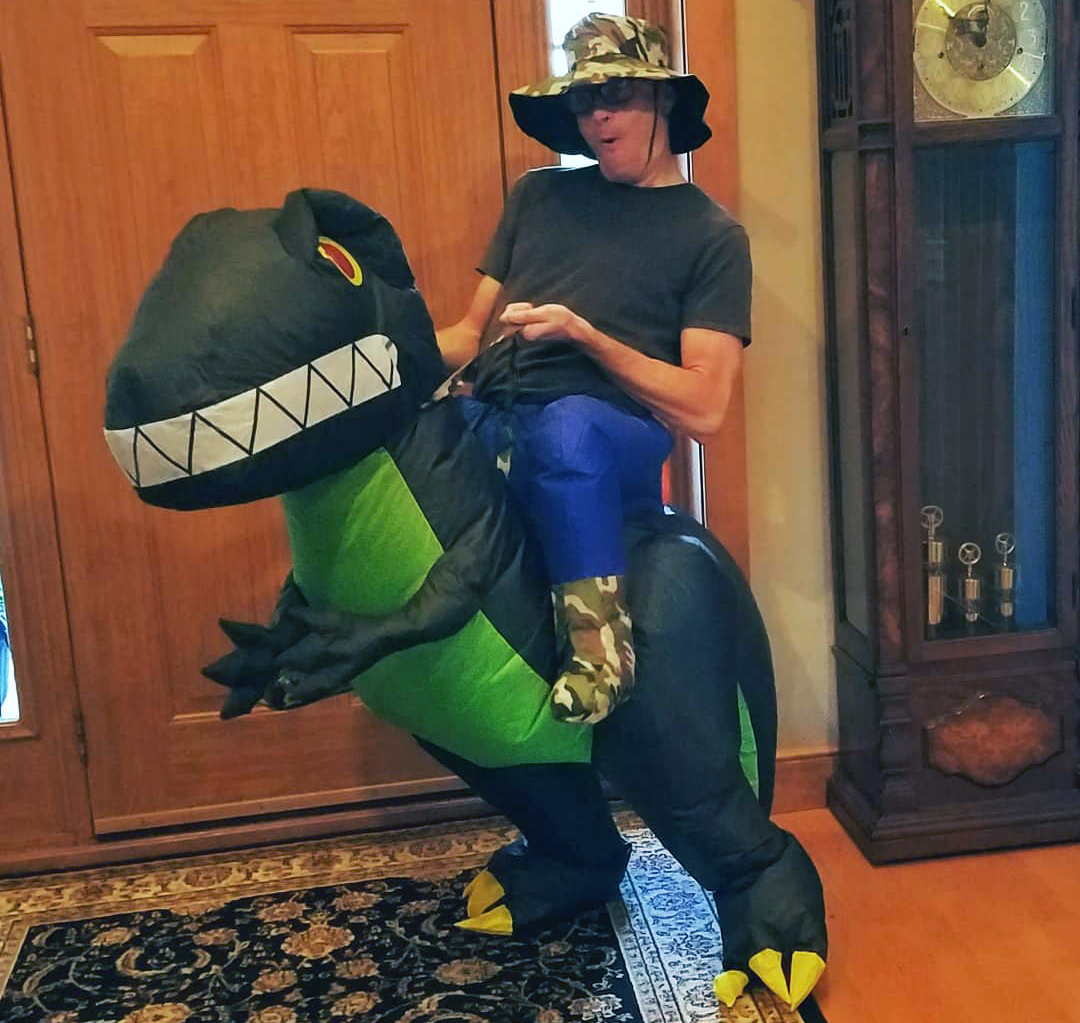 Then it was time to go out.

They visited a grand total of 4 houses; the one's on either side (plus one) and across the street. Masked were mandatory and no going up to anyone's door. 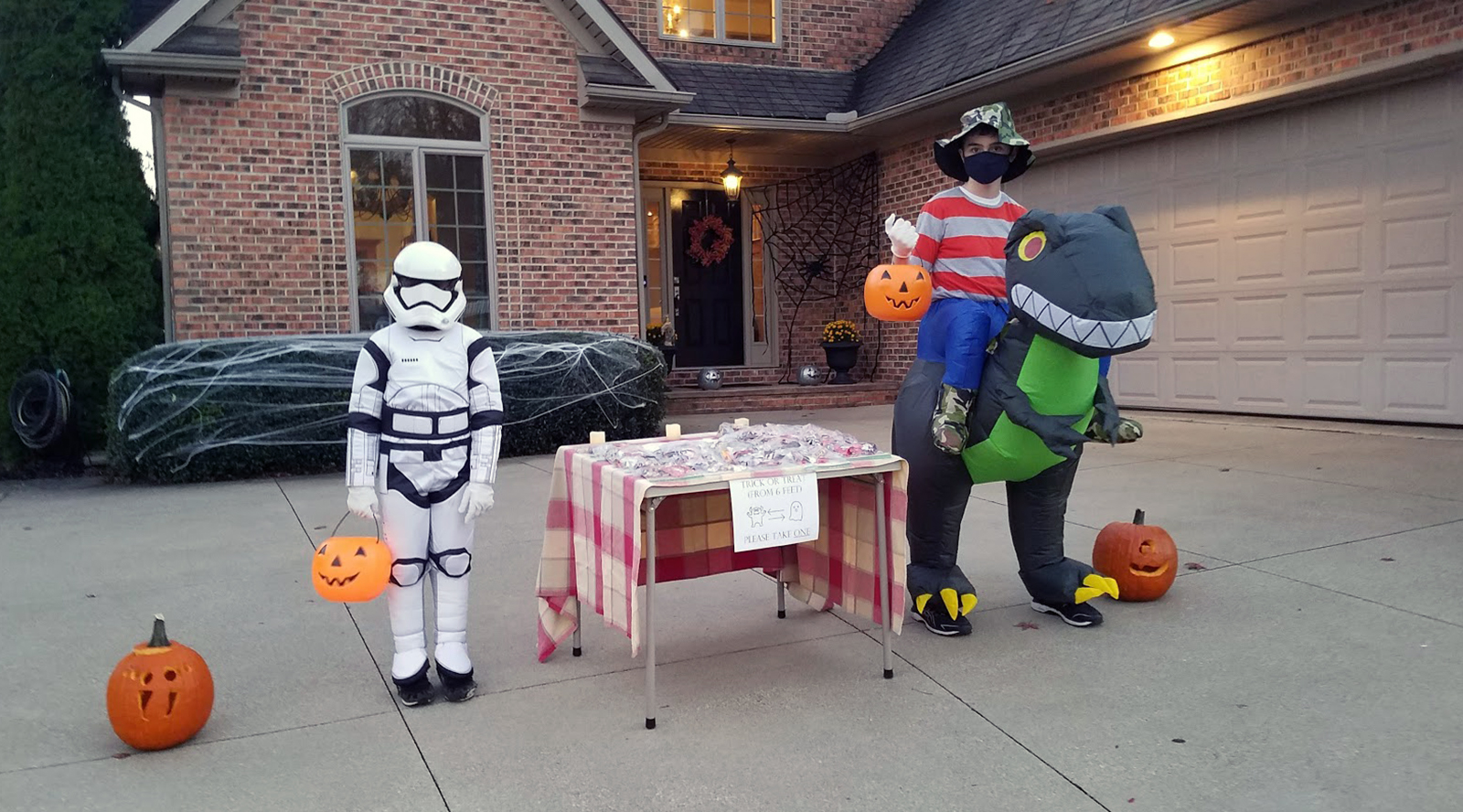 Jack in action!
The same images of the boys before I messed with them in PhotoShop. 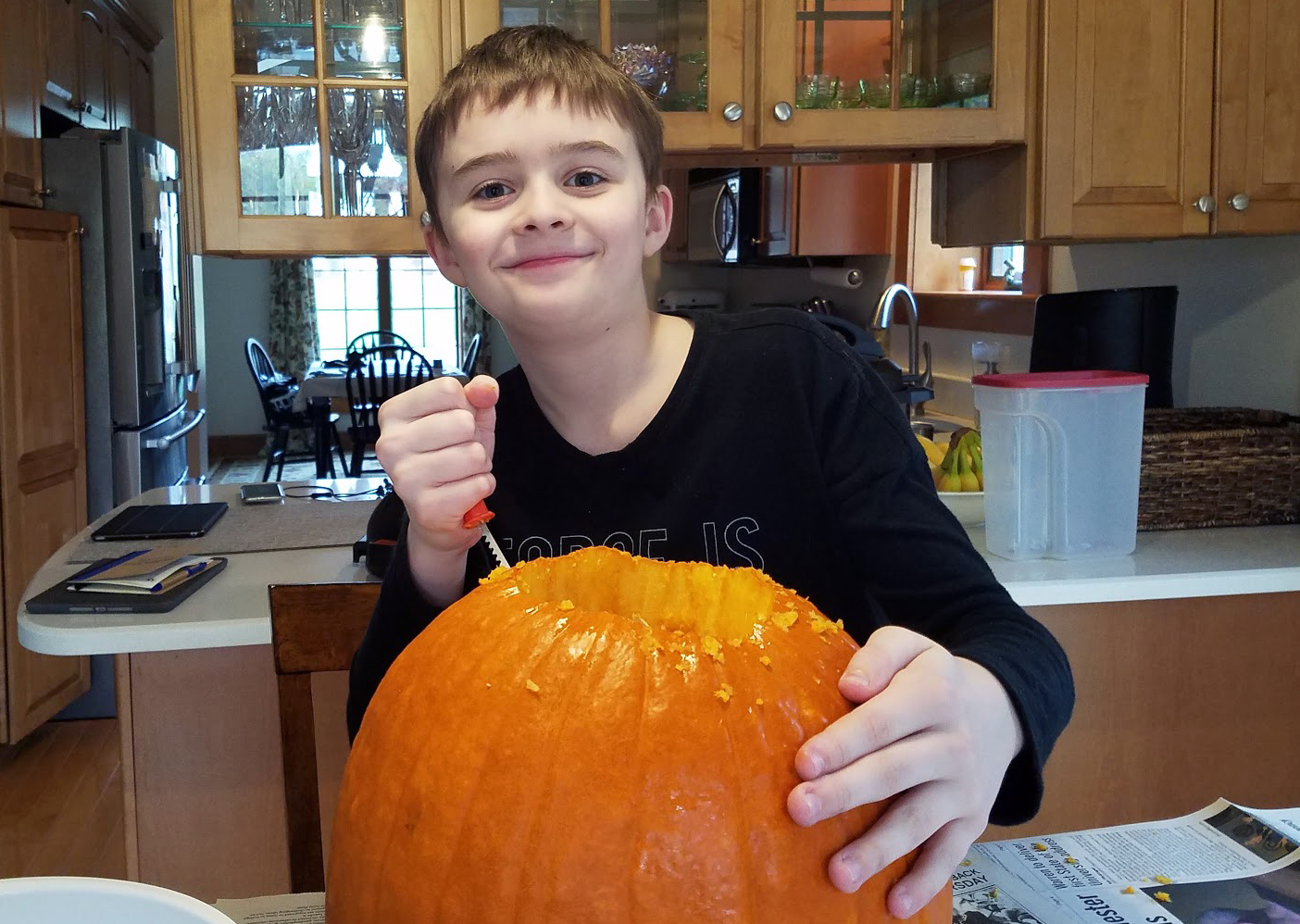 We hope you all had a happy Halloween. 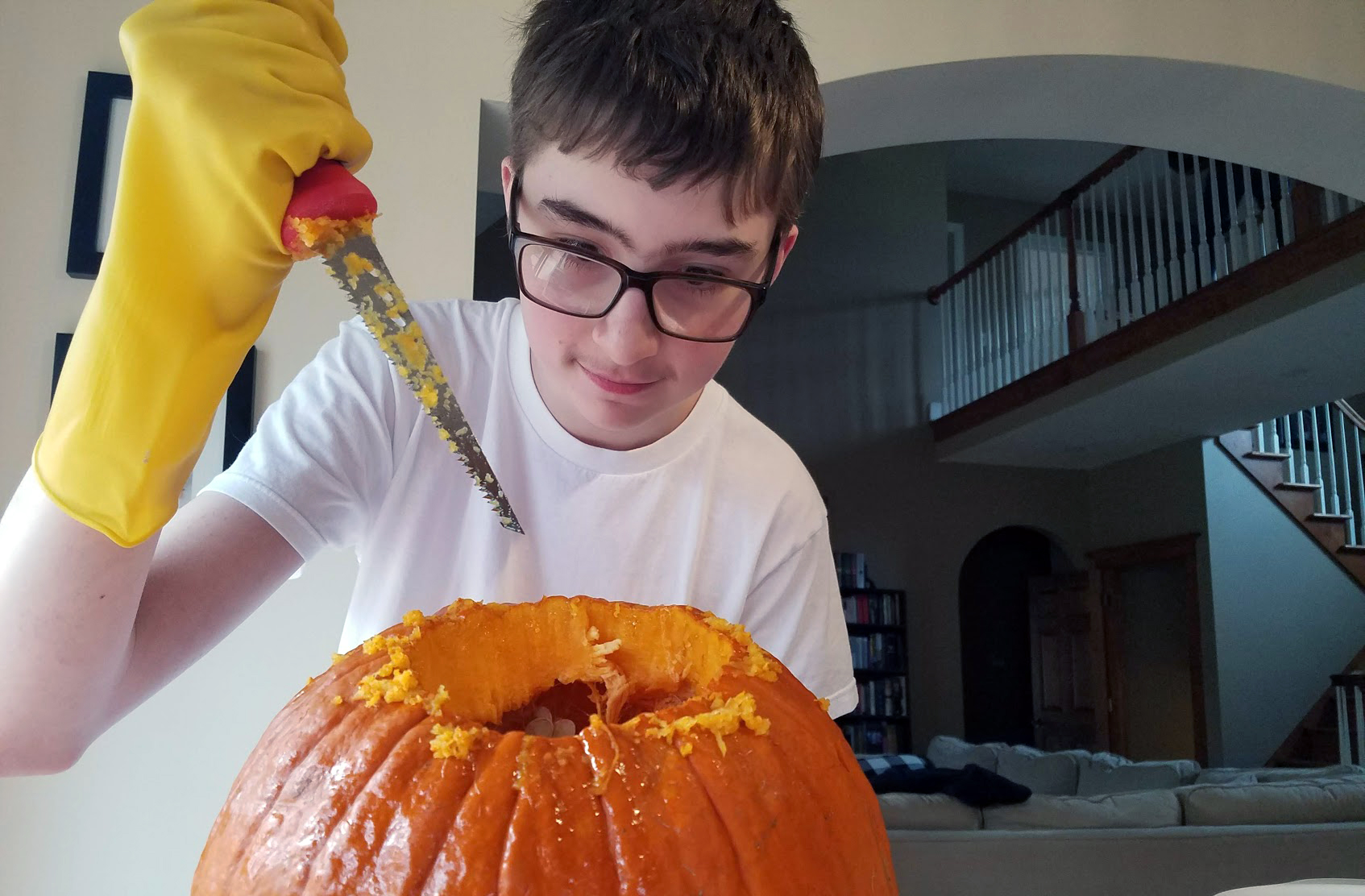