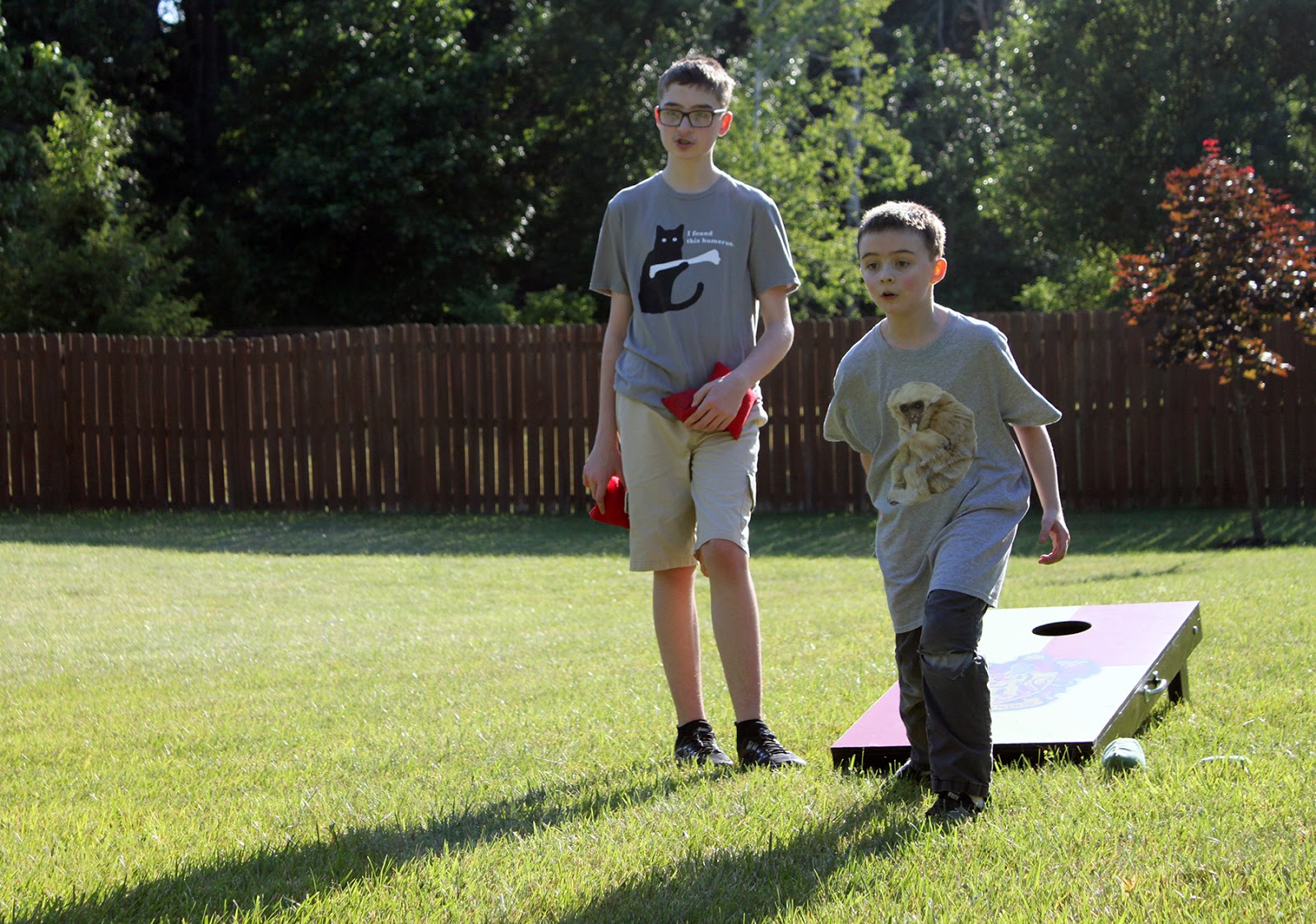 The annual Family Olympics was a great success. It started with Corn Hole, moved on to croquet, a finished with something like kick ball. Yep, they kept score. It was usually the best out of 3 rounds. 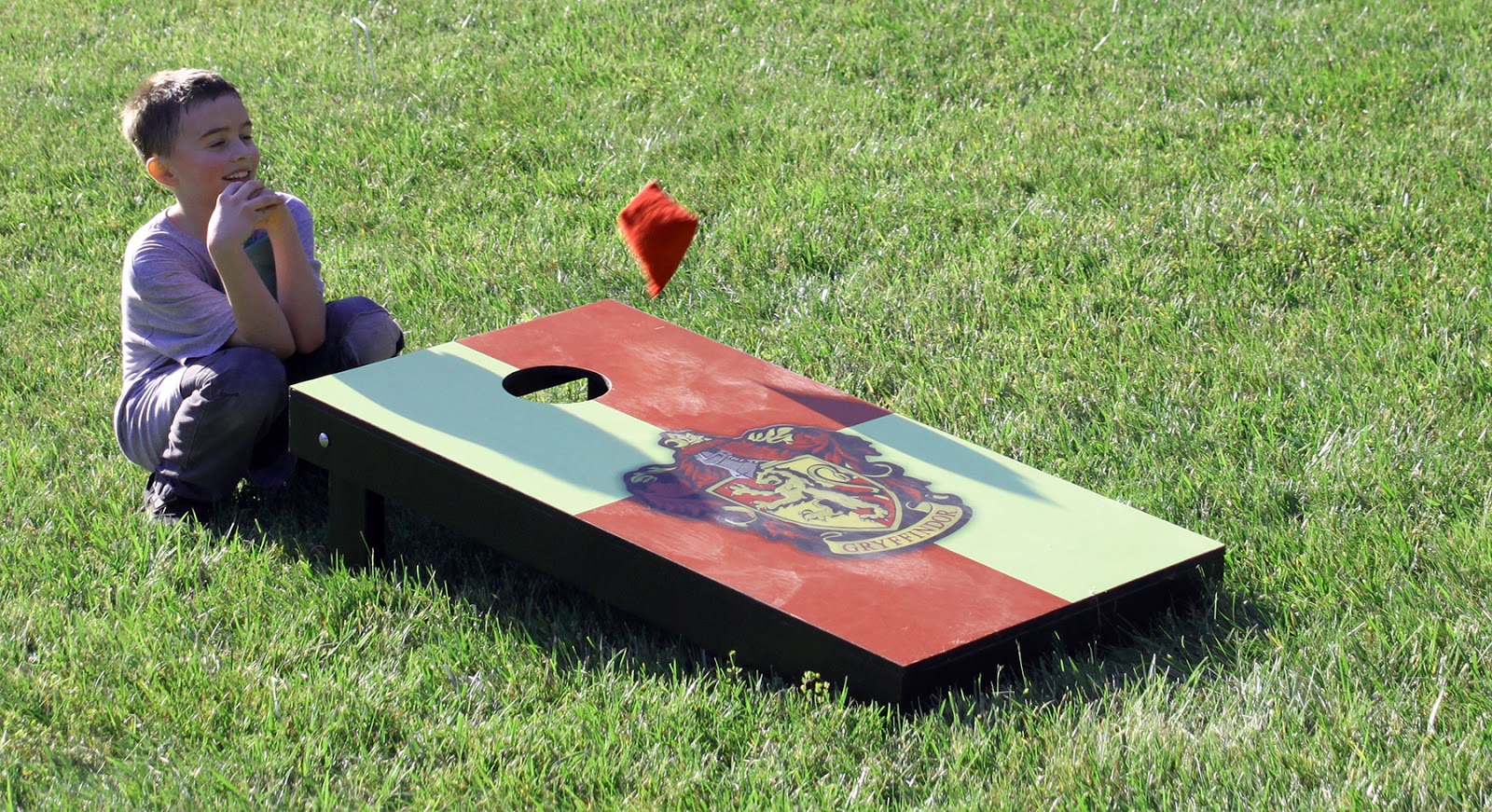 Jack came from behind to win the corn hole games. 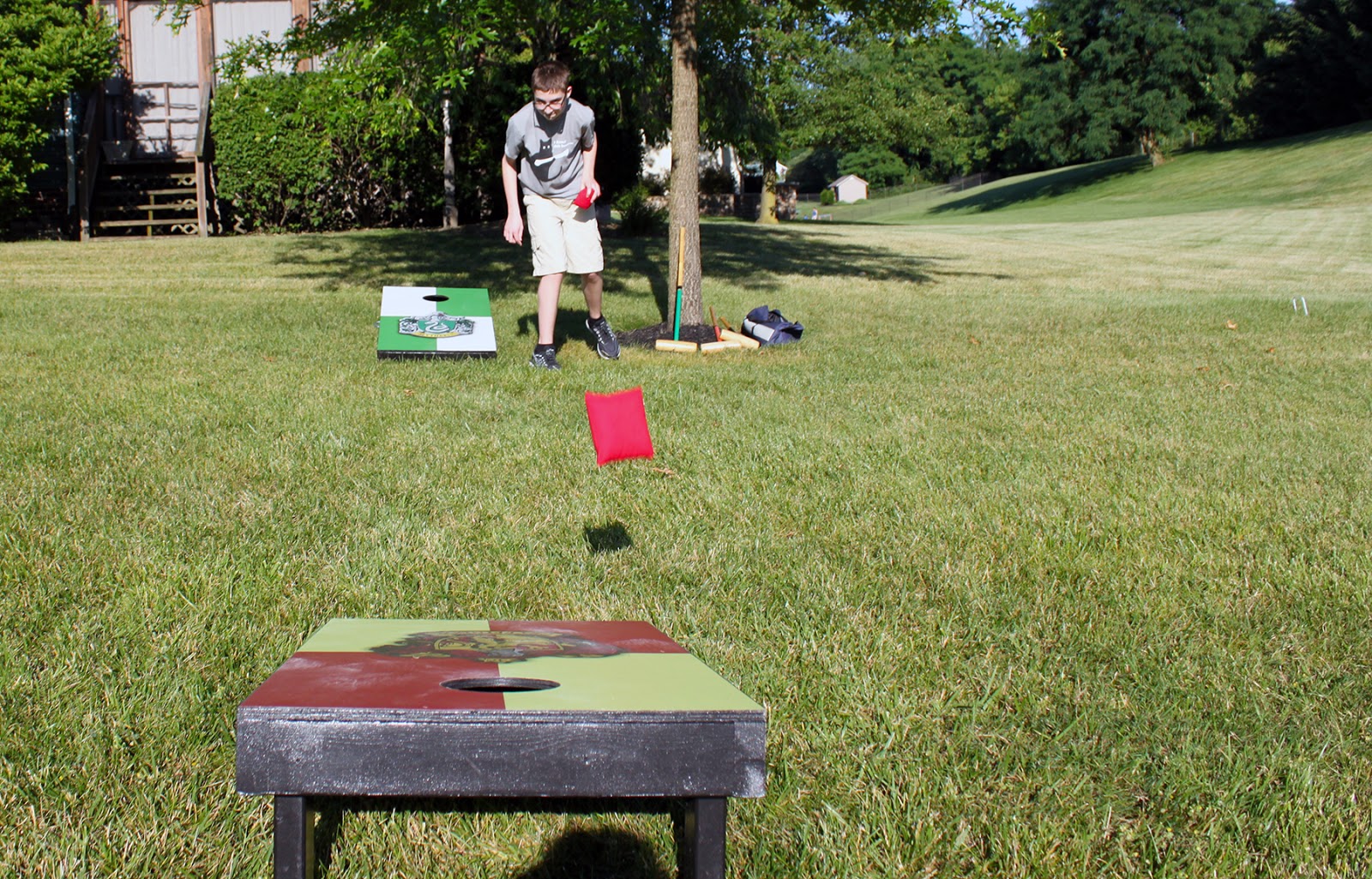 Luke didn't want to acknowledge his loss. To be honest, I don't know what he was doing. 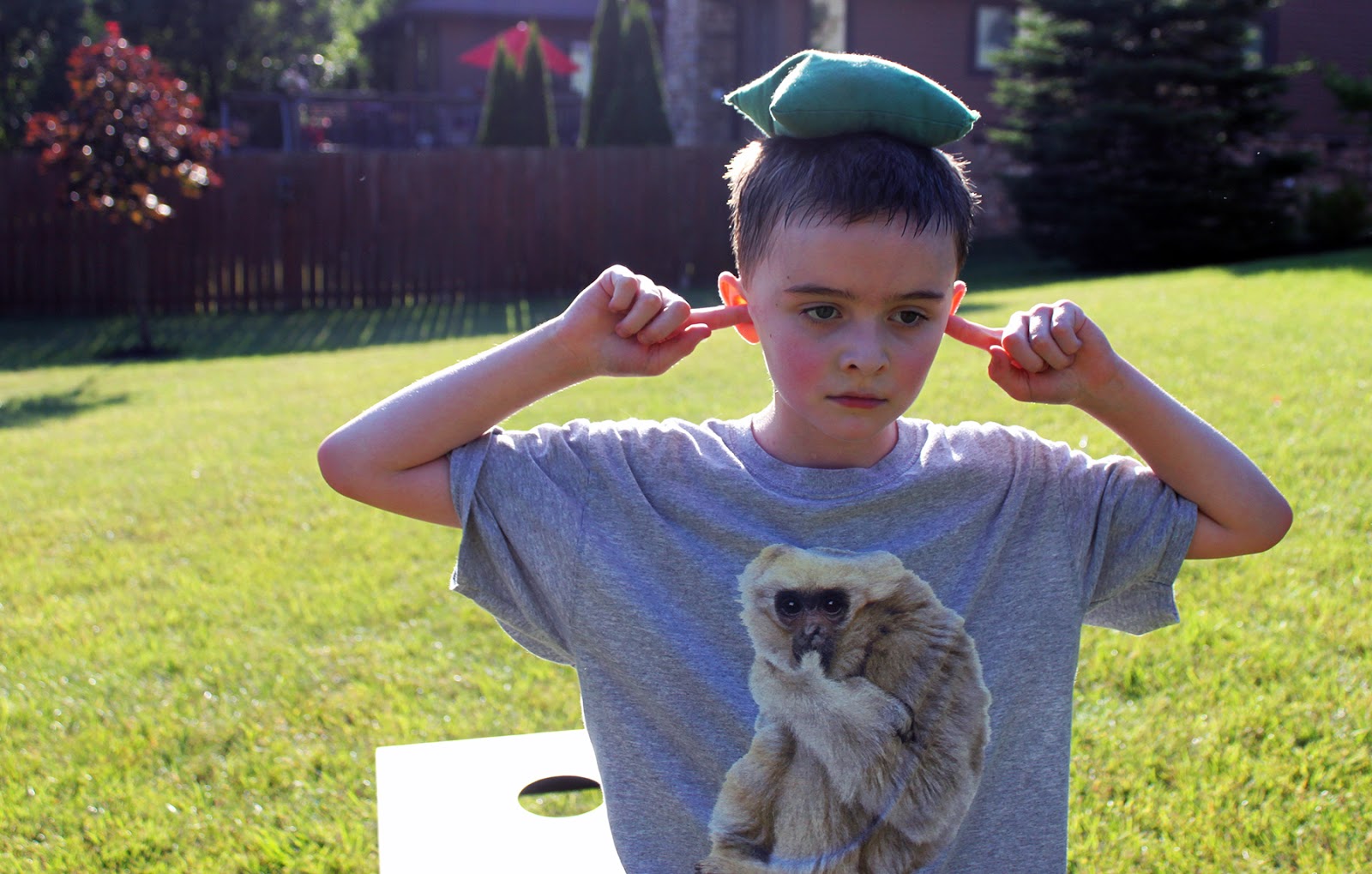 Croquet got serious. The course went around the back yard and was a good challenge. 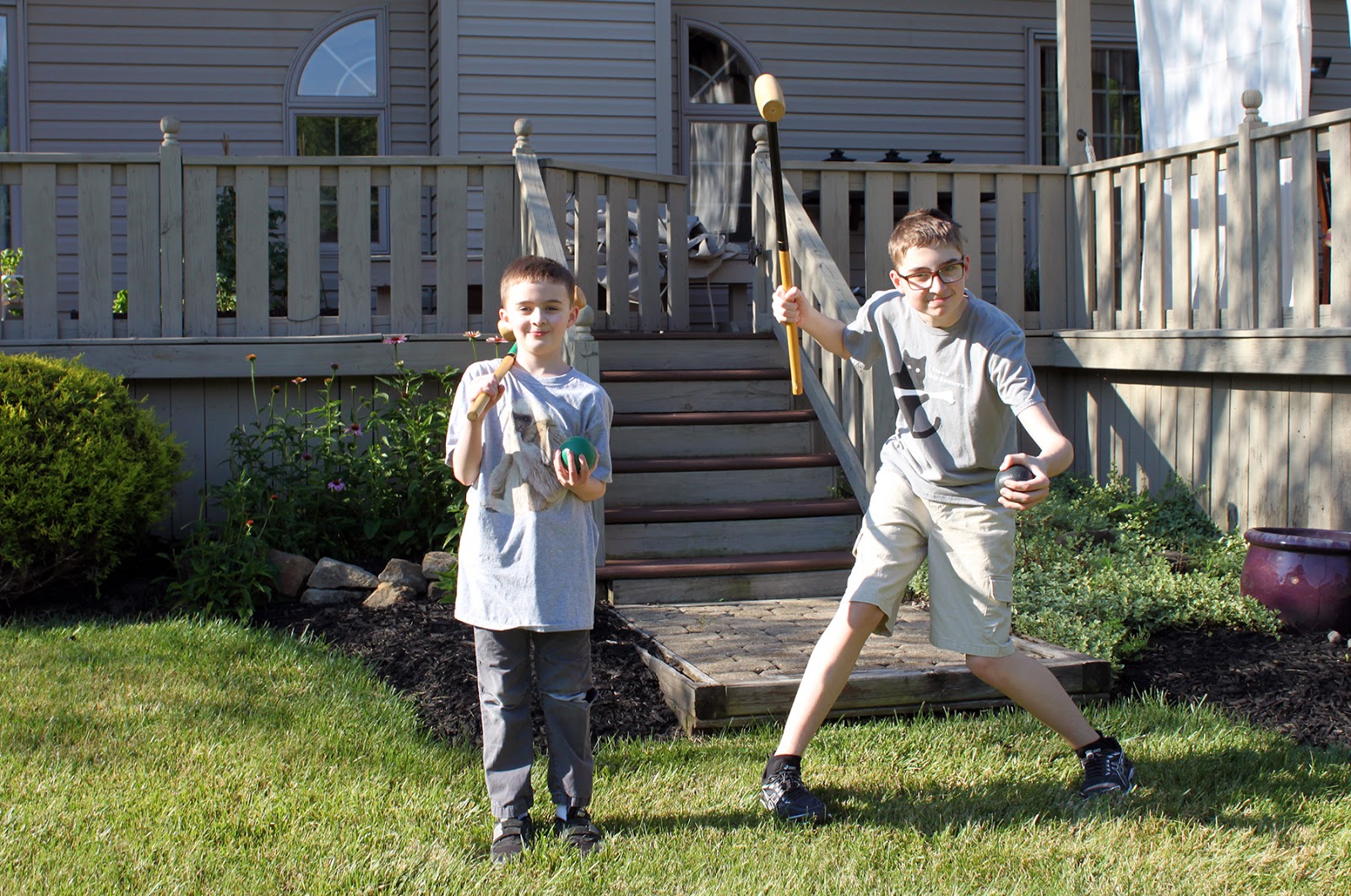 Luke pulled ahead early on and never relinquished his lead. 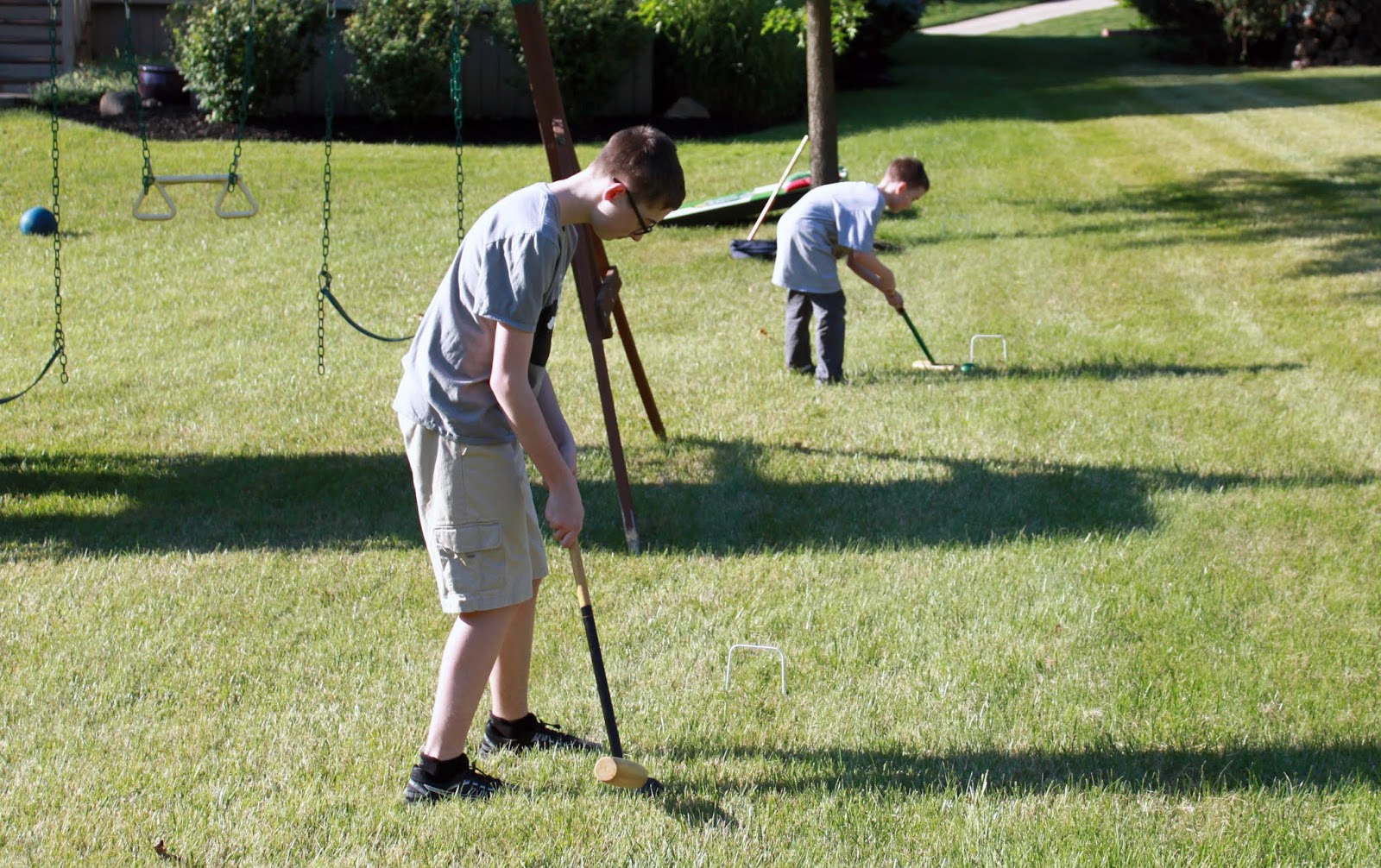 Jack when he hits the ball but it doesn't go anywhere! 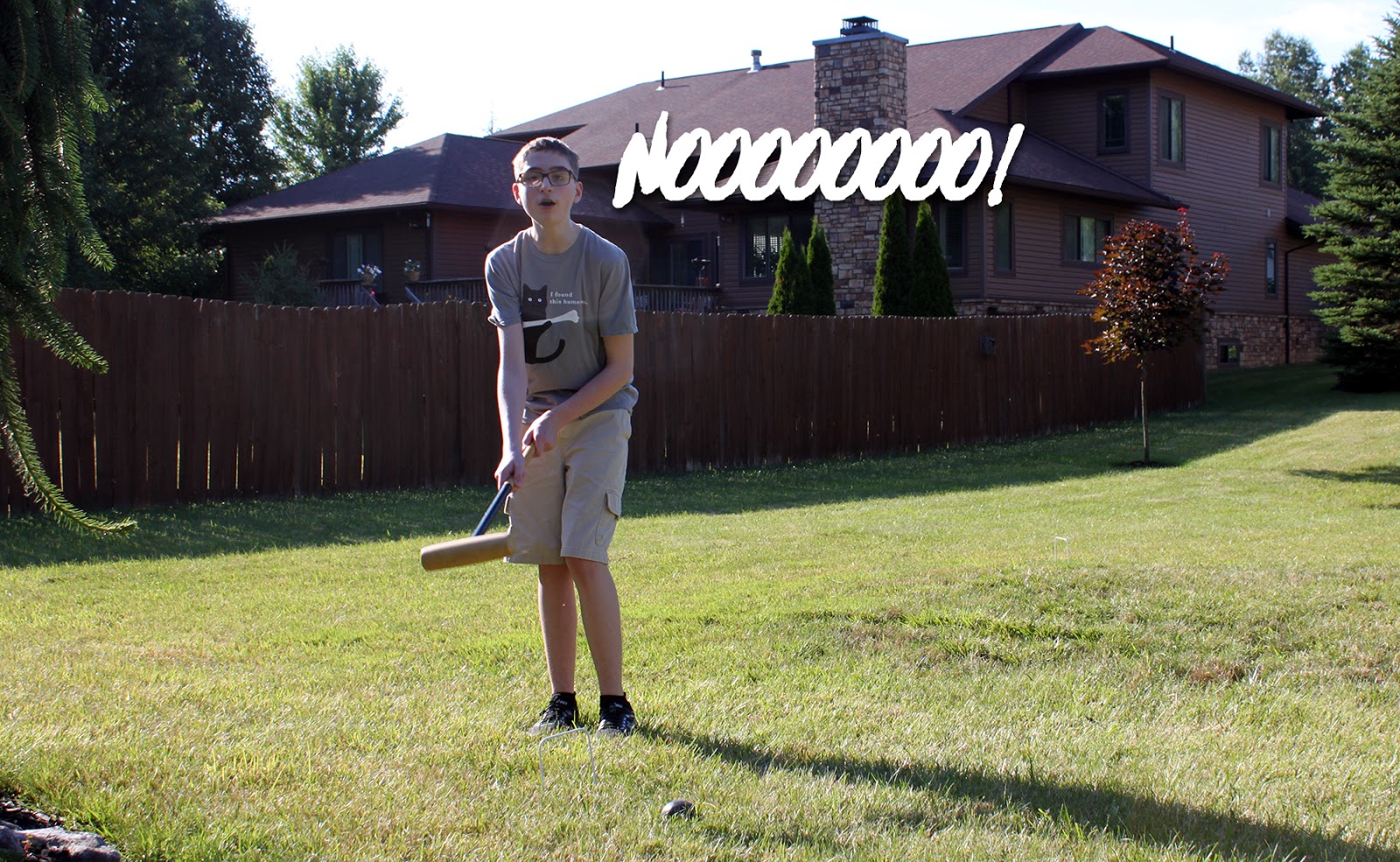 Luke waiting for his brother to finish while contemplating the world. 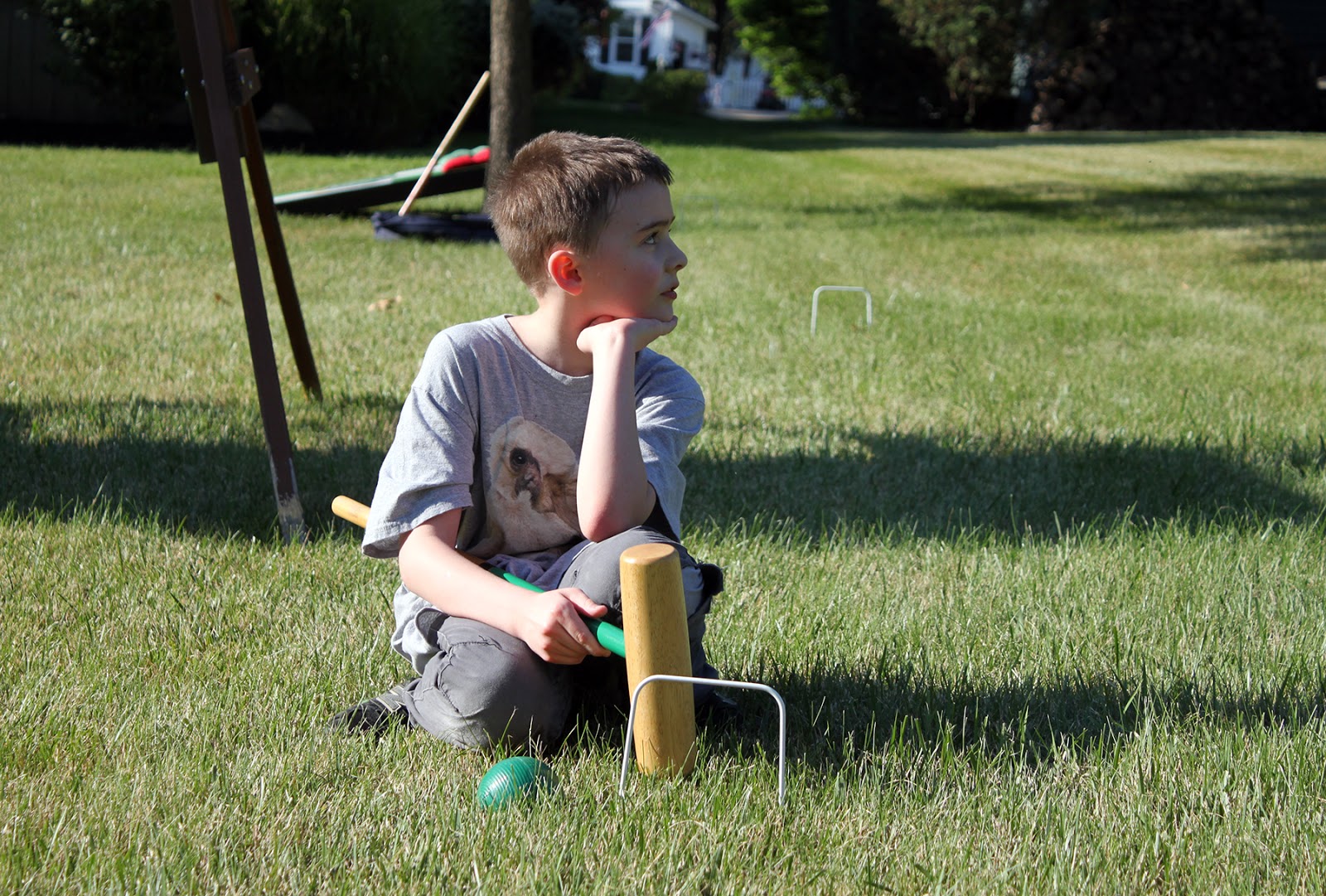 Thrilled as can be. 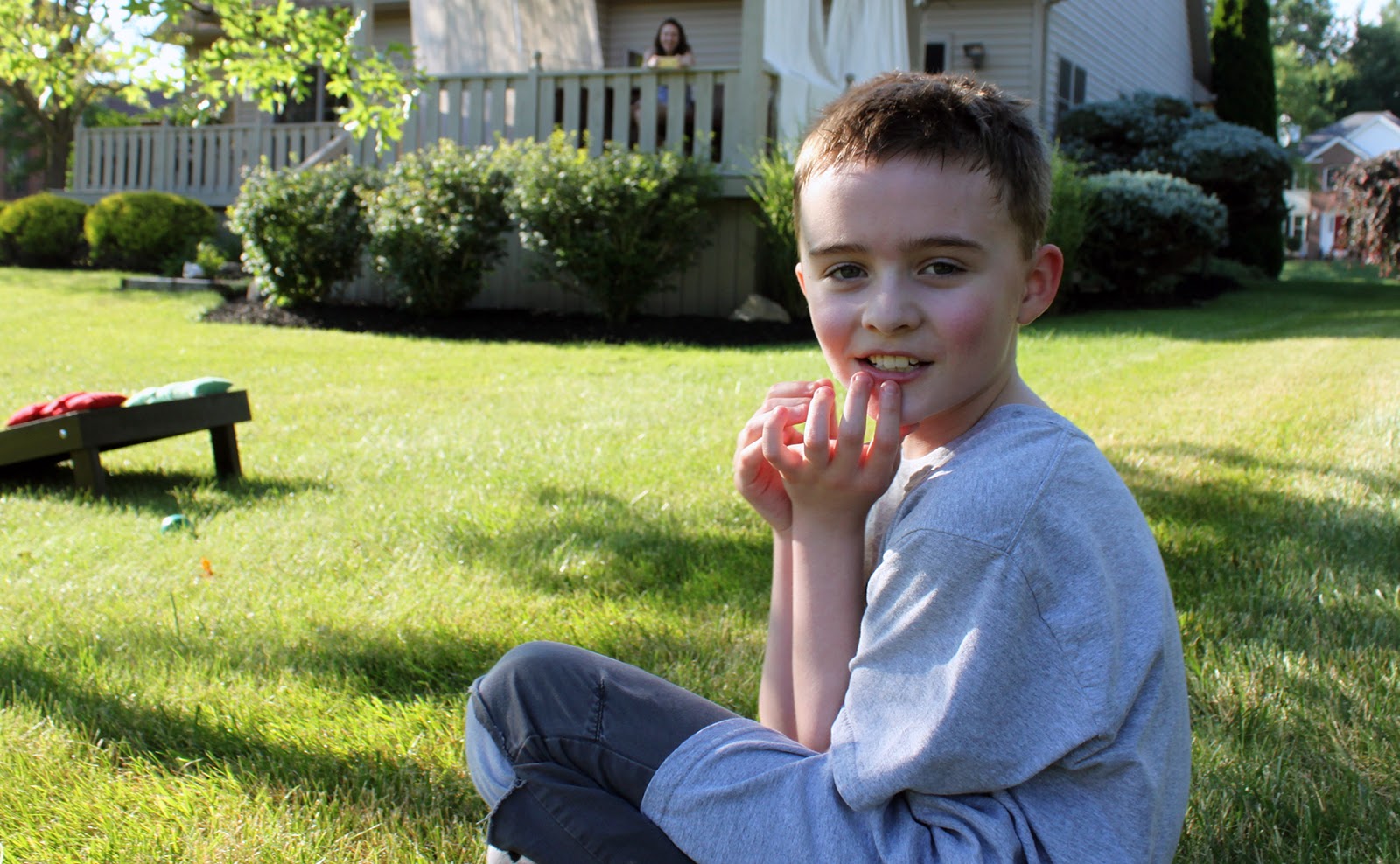 "Kick Ball" was more of a lets-see-who-can-kick-it-further tie breaker. Jack won but the Olympic committee has yet to make a ruling based on a the age/size handicap. 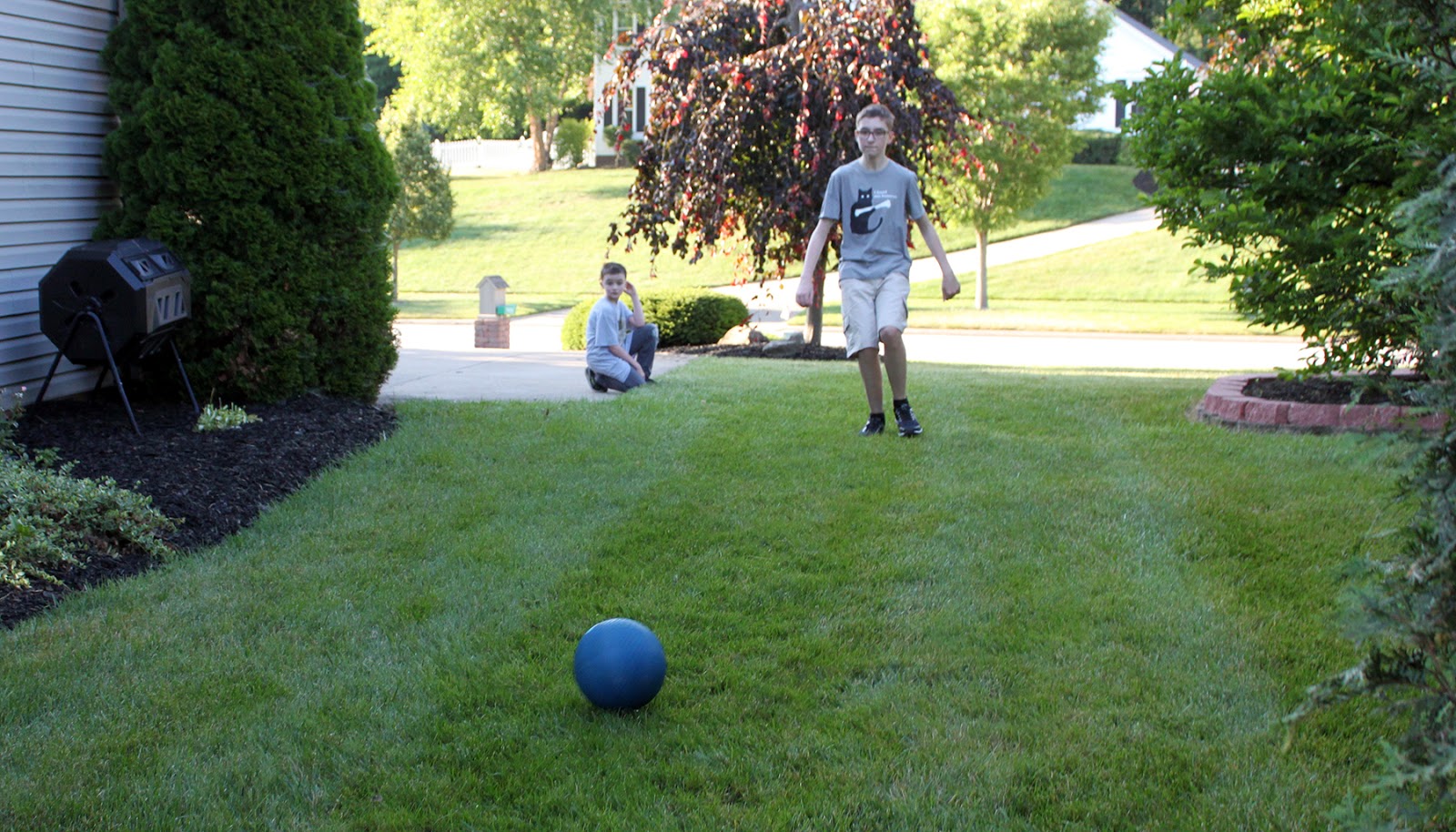 A good meal of cheeseburgers, fries, and salad. 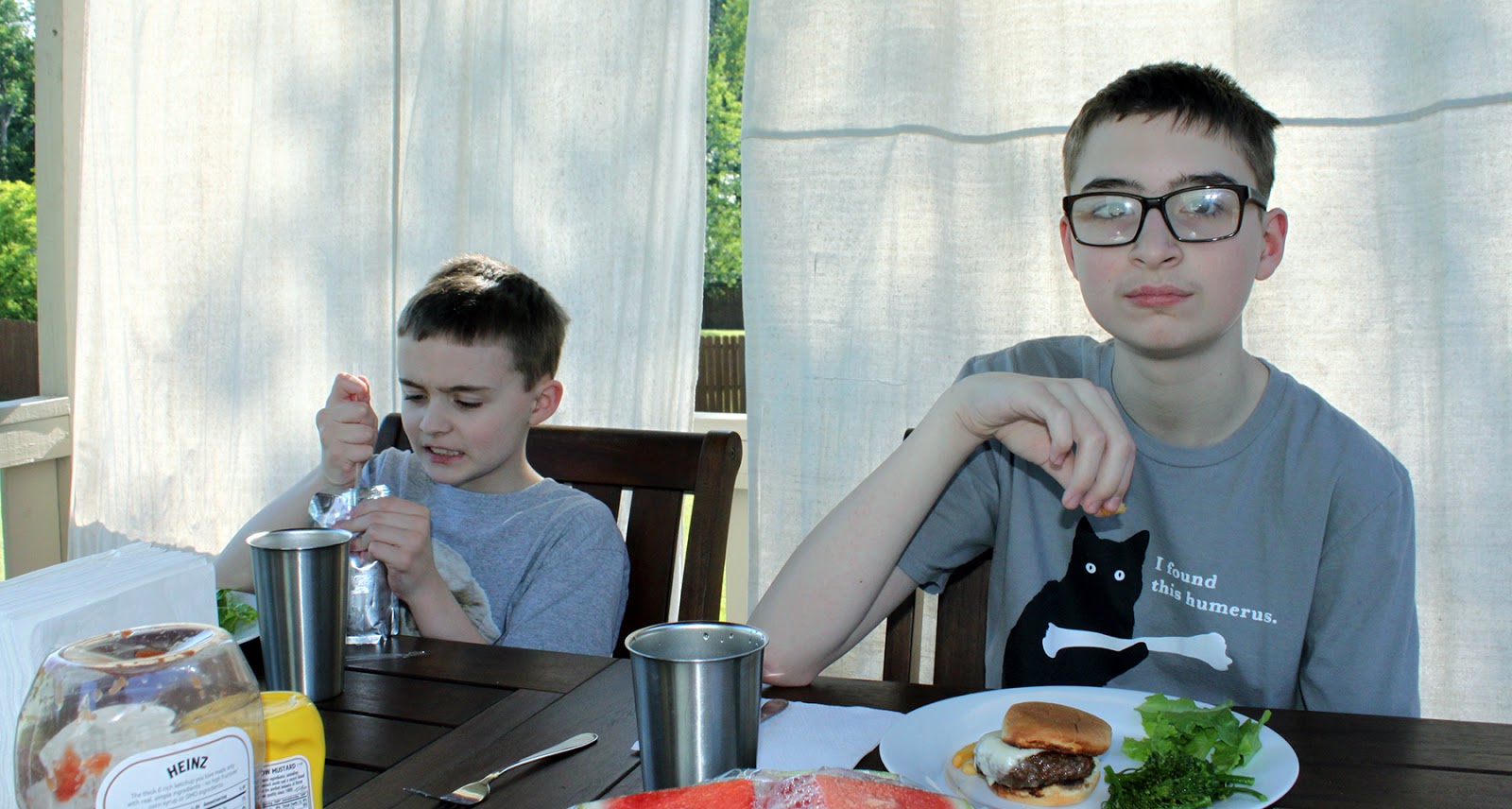 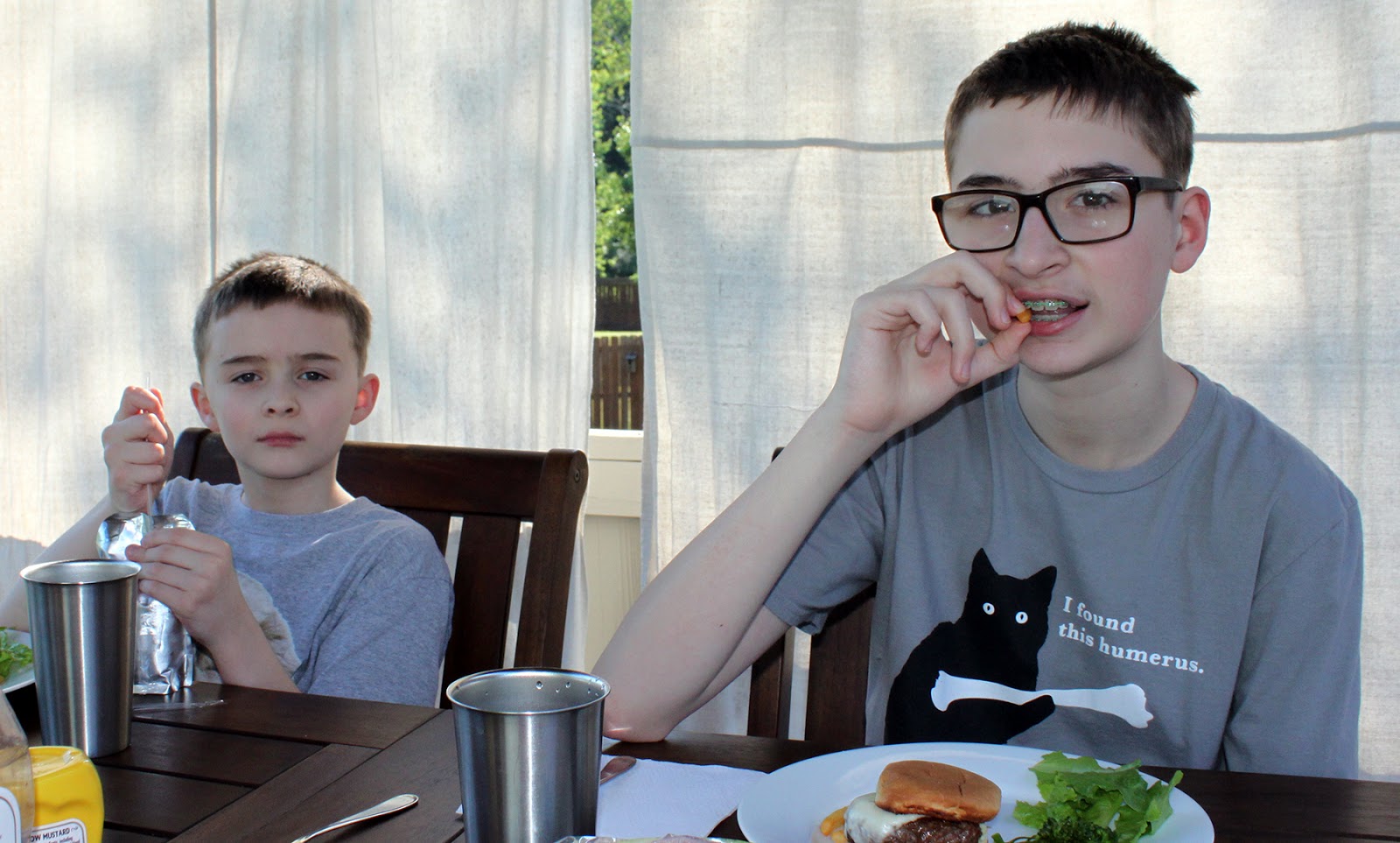 All the salad is from our "Deck Lettuce." Good stuff and we can barely stay ahead of it. It tasts better than the stuff we used to buy at the store.

After dark we set of fireworks (all sparkler-type stuff) but I don't have those photos at the moment. They came out like most of the firework photos you've never seen.