Jack turned thirteen! Below, Nana and Grandpa Jerry joined is via Facetime from New York on one iPad while Grandma and grandpa from Columbus were on the other. 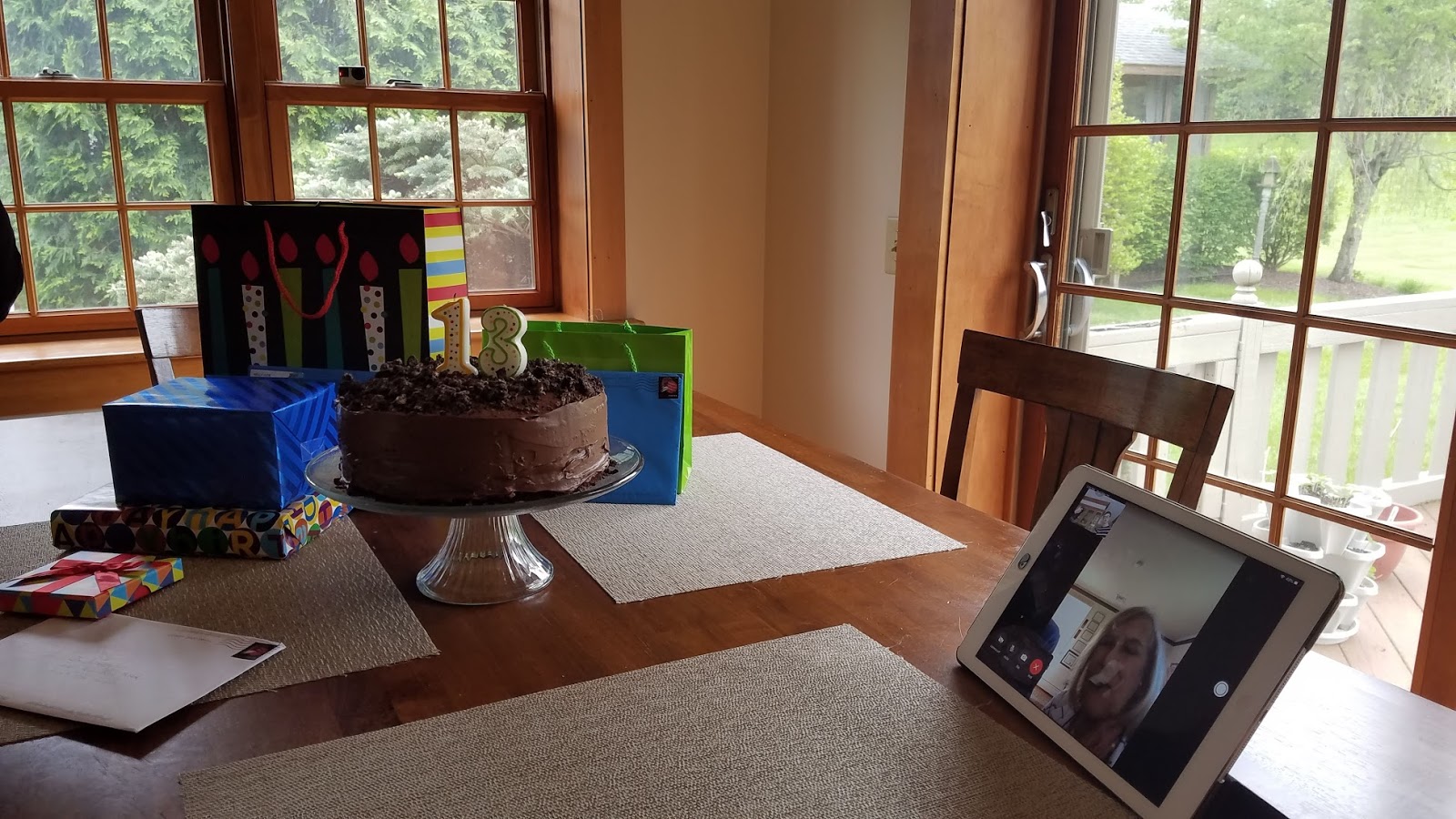 I regret missing a photo of that production, and not getting more photos in general but it was difficult to take them while "operating" the iPad. I did get a nice shot of Jack and Luke. 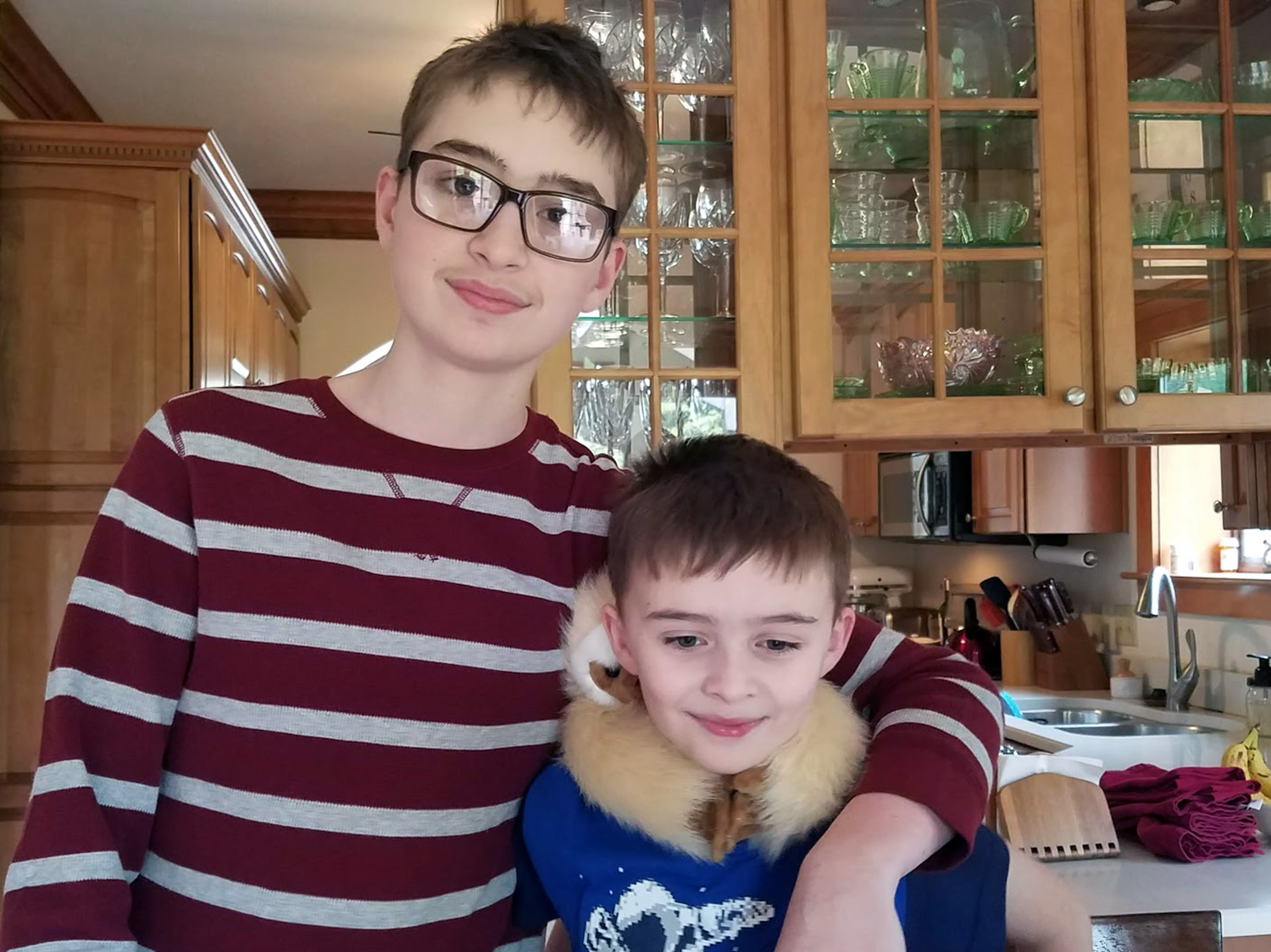 It is so hard to believe that our little boy is now a teenager. He's incredibly mature, thoughtful, and kind. He's a natural skeptic and very justice oriented. He has been an absolute pleasure - except for that time he peed on me when I was changing his diaper - to know and watch grow up. Below: The cake (duh!). 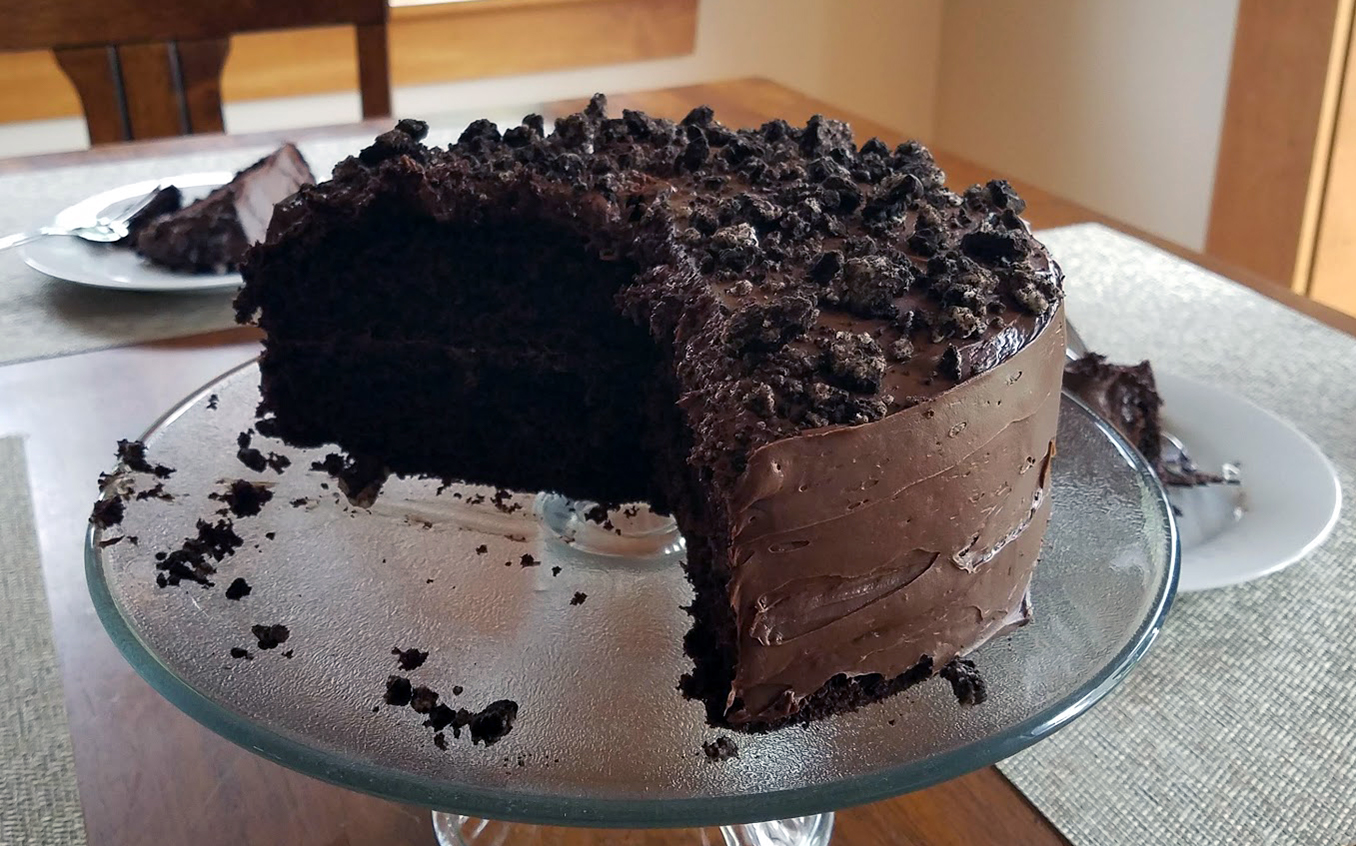 One gift was The Ballad of Songbirds and Snakes by Susan Suzanne Collins. Not long ago he finished the Hunger Games series. This book came out on his birthday and is a prequel. 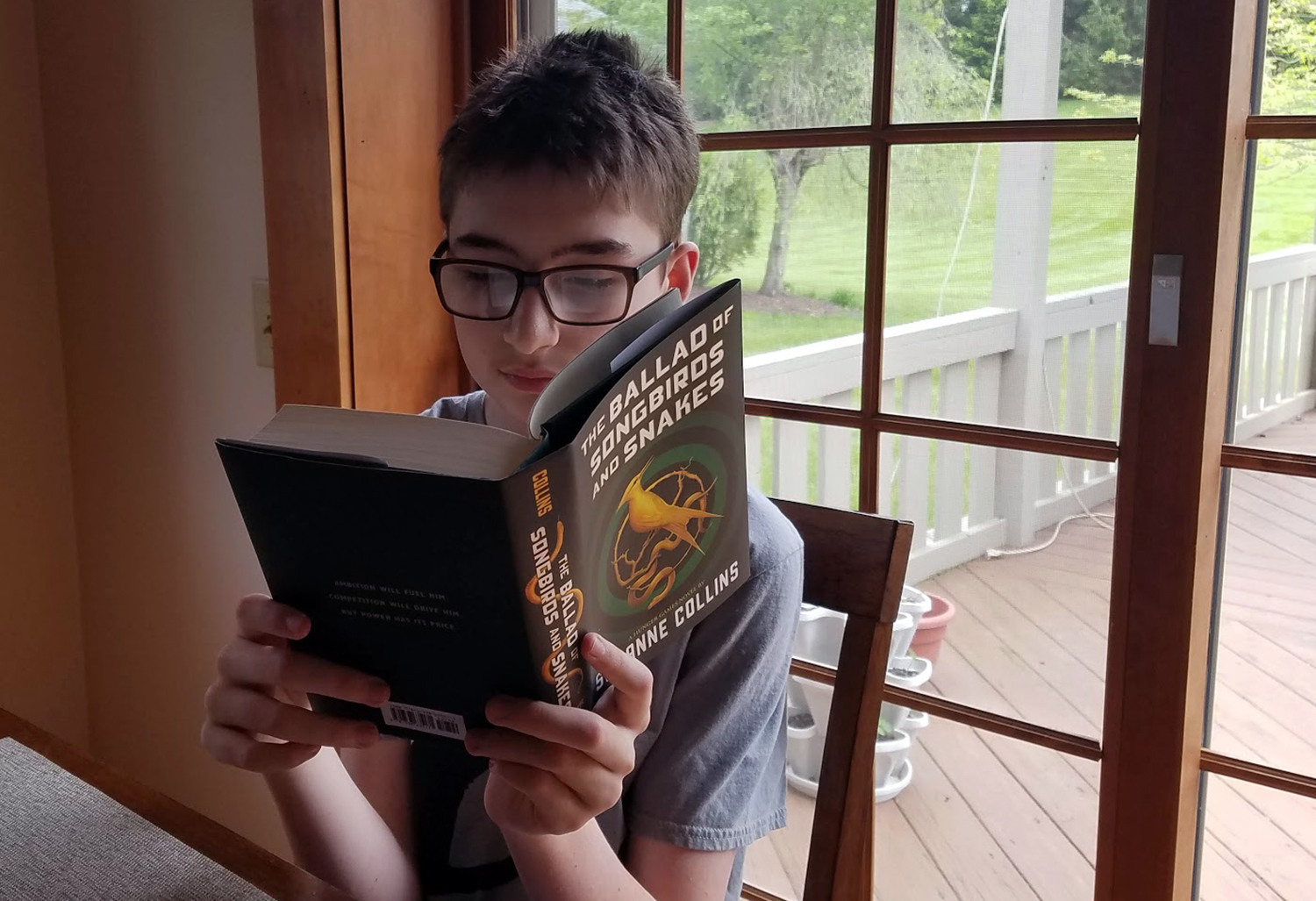 Once the call ended I was able to take more photos but most of them appear to be of Jack's new desk! He did not have a good place to study in his room. It came complete with a new lamp. 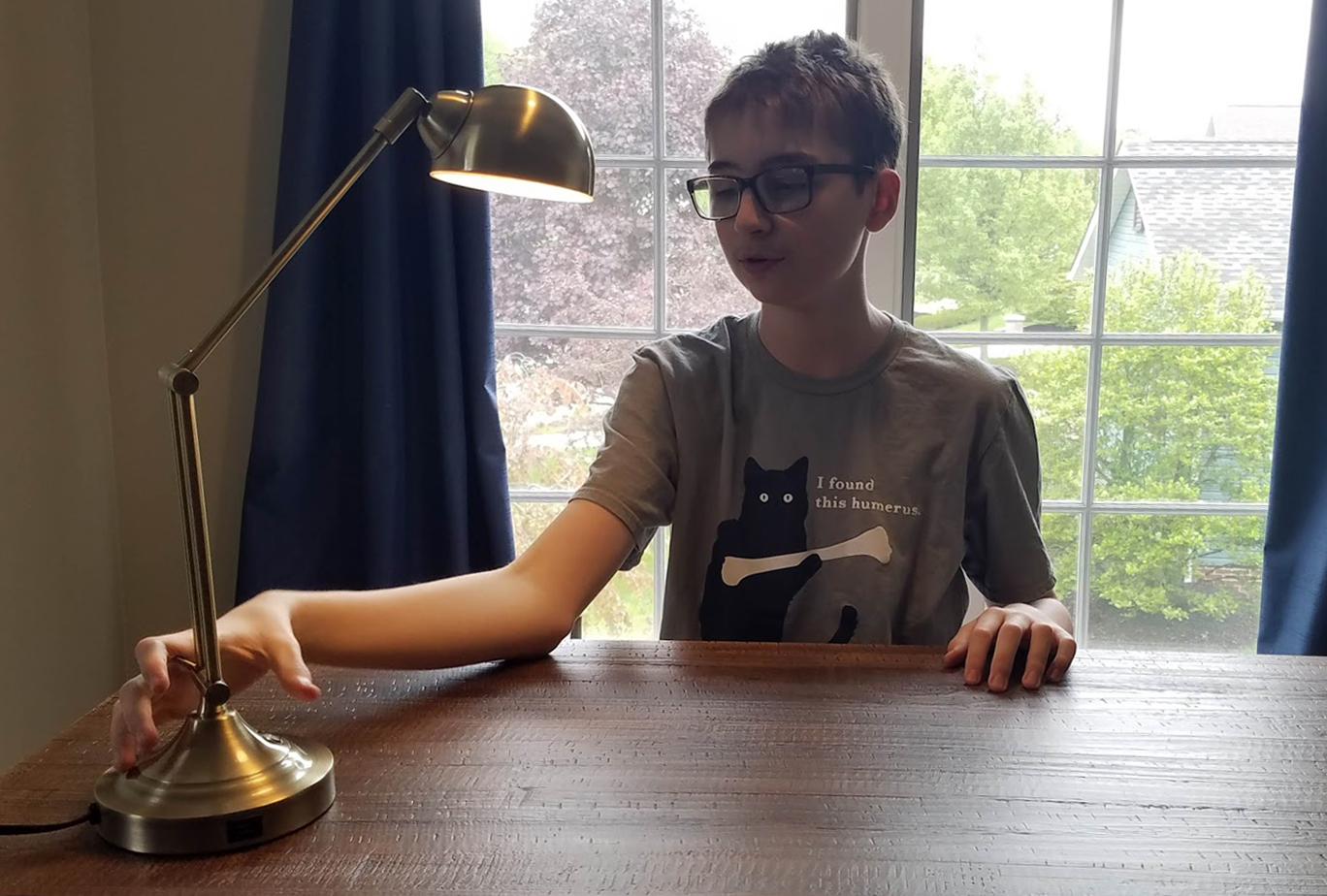 He seems to love it! 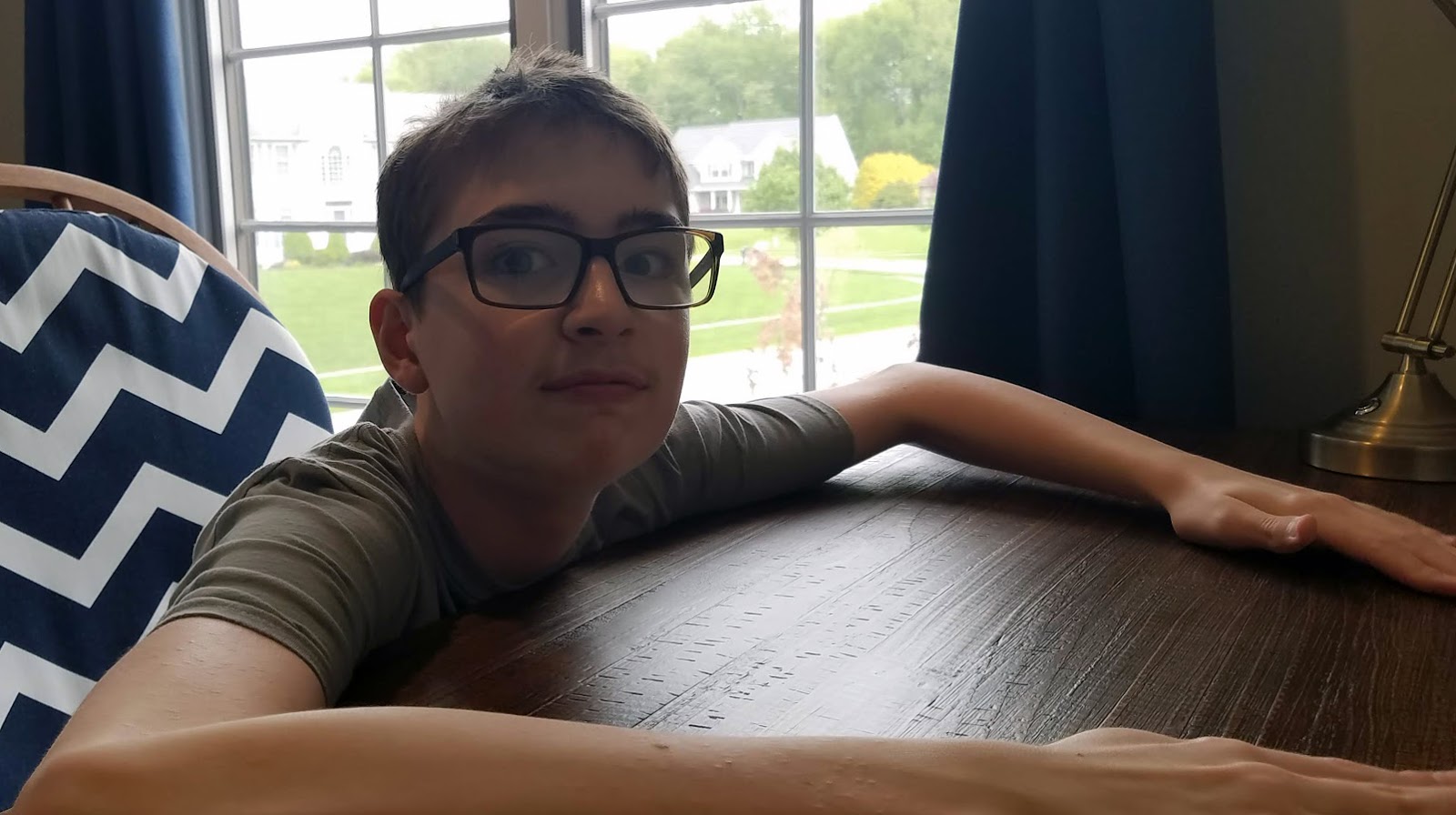 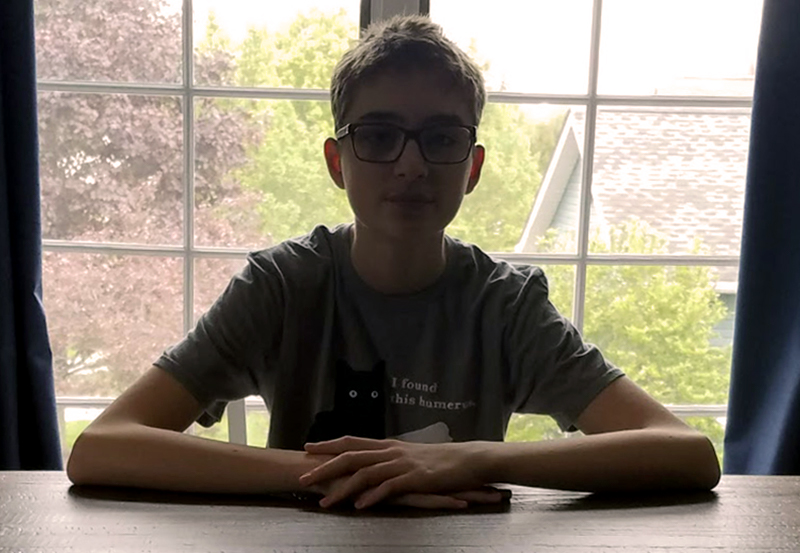 Above and below are t-shirts the boys got. Jack's matches his dry sense of humor while Luke's (below) says it all. Just no. It matches cats and Luke! 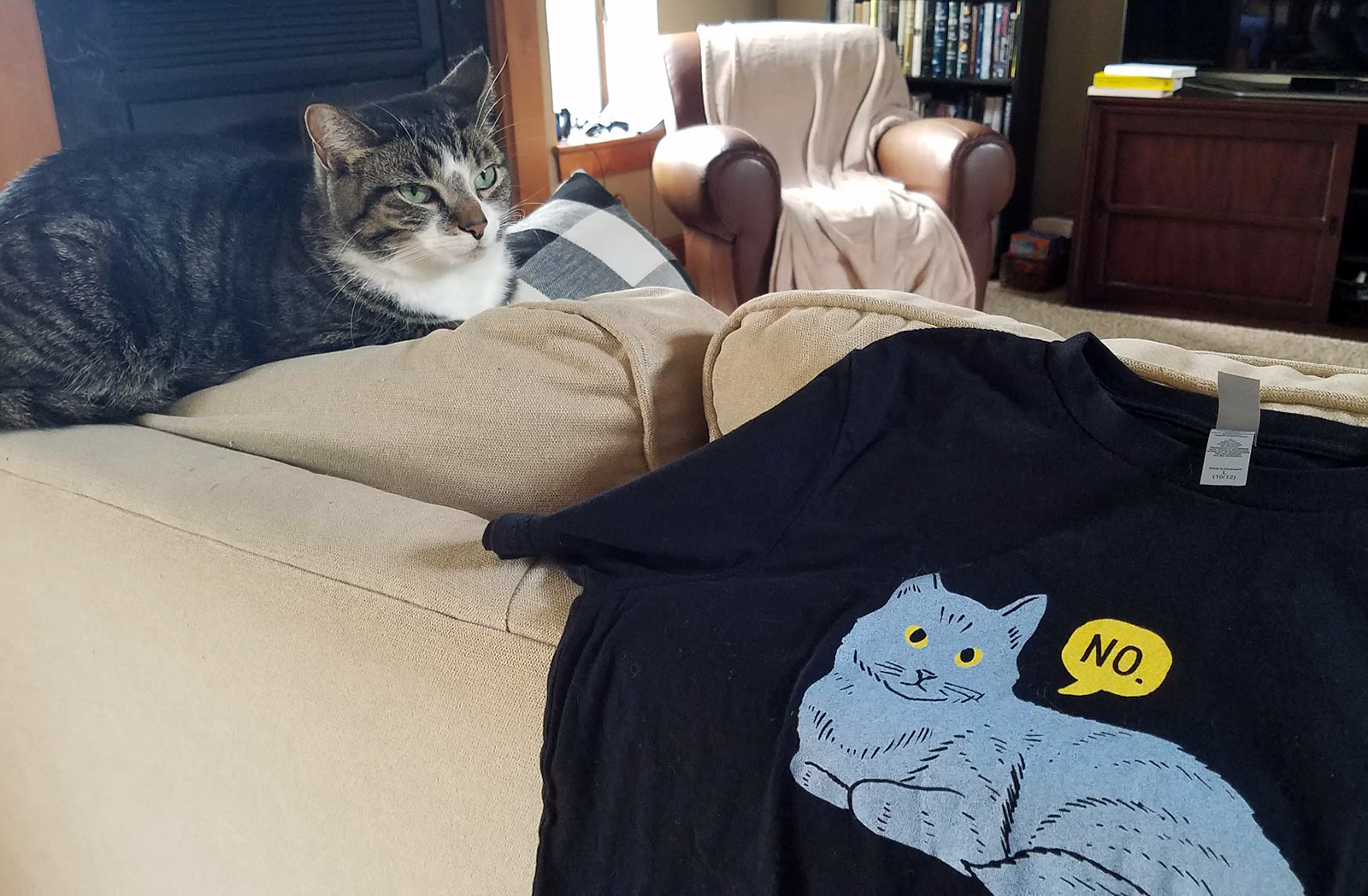 Another shot of Jack's cozy desk setup. Luke immediately made himself comfortable on the bean bag chair. 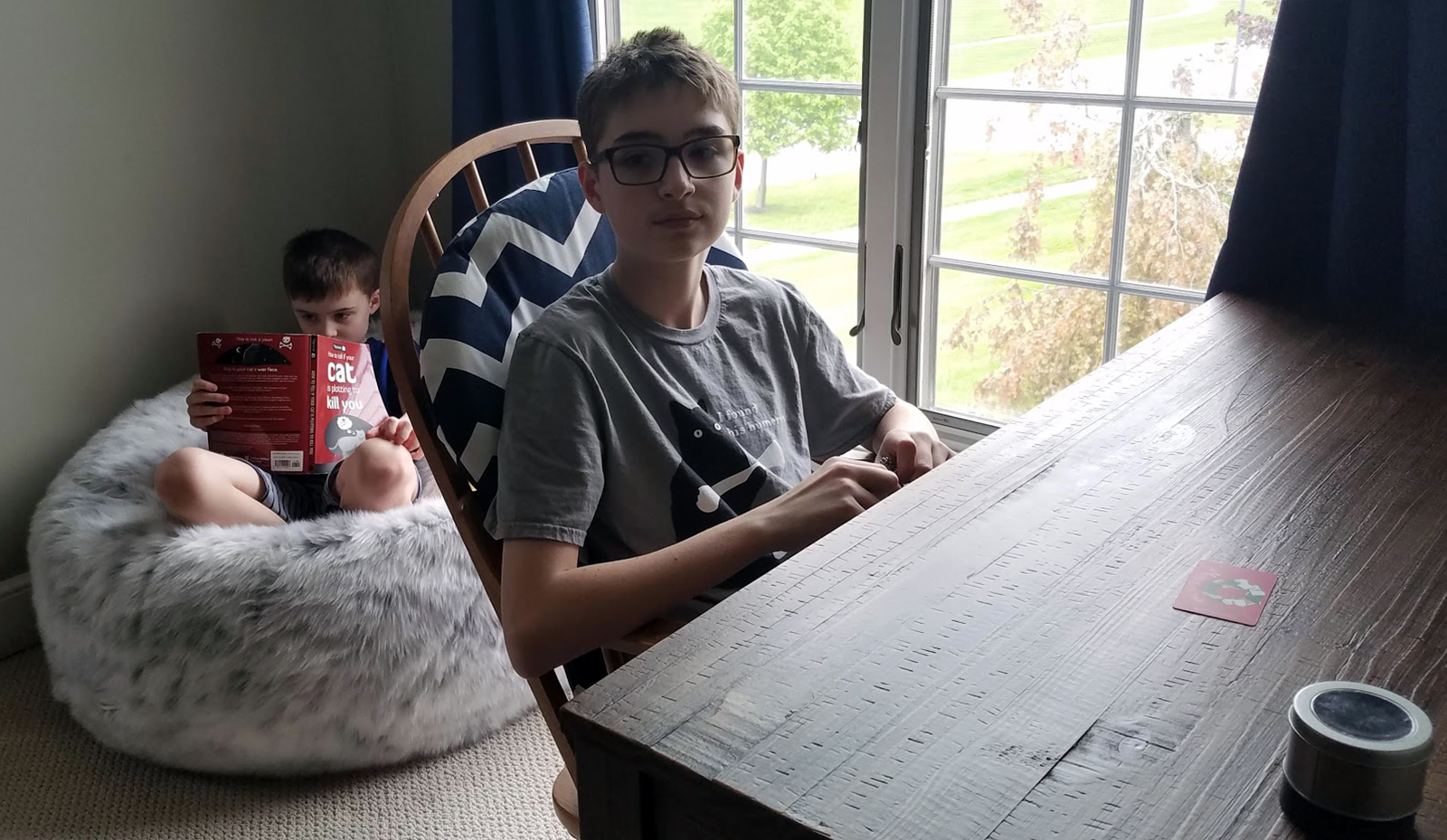 Luke has been reading a lot more lately but this is more about hanging out with everyone and enjoying a fun space to relax in. 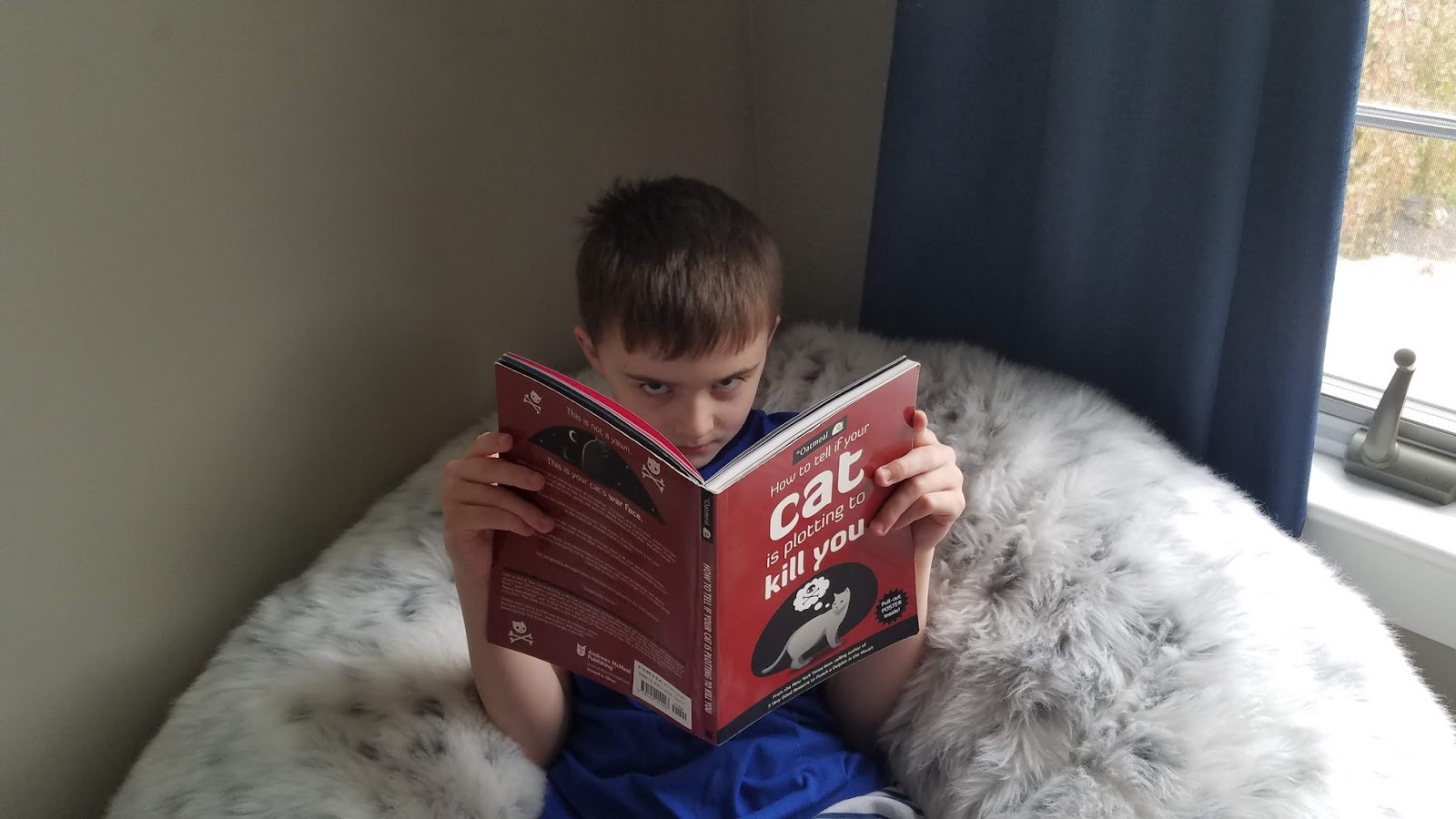 We love you Jack!