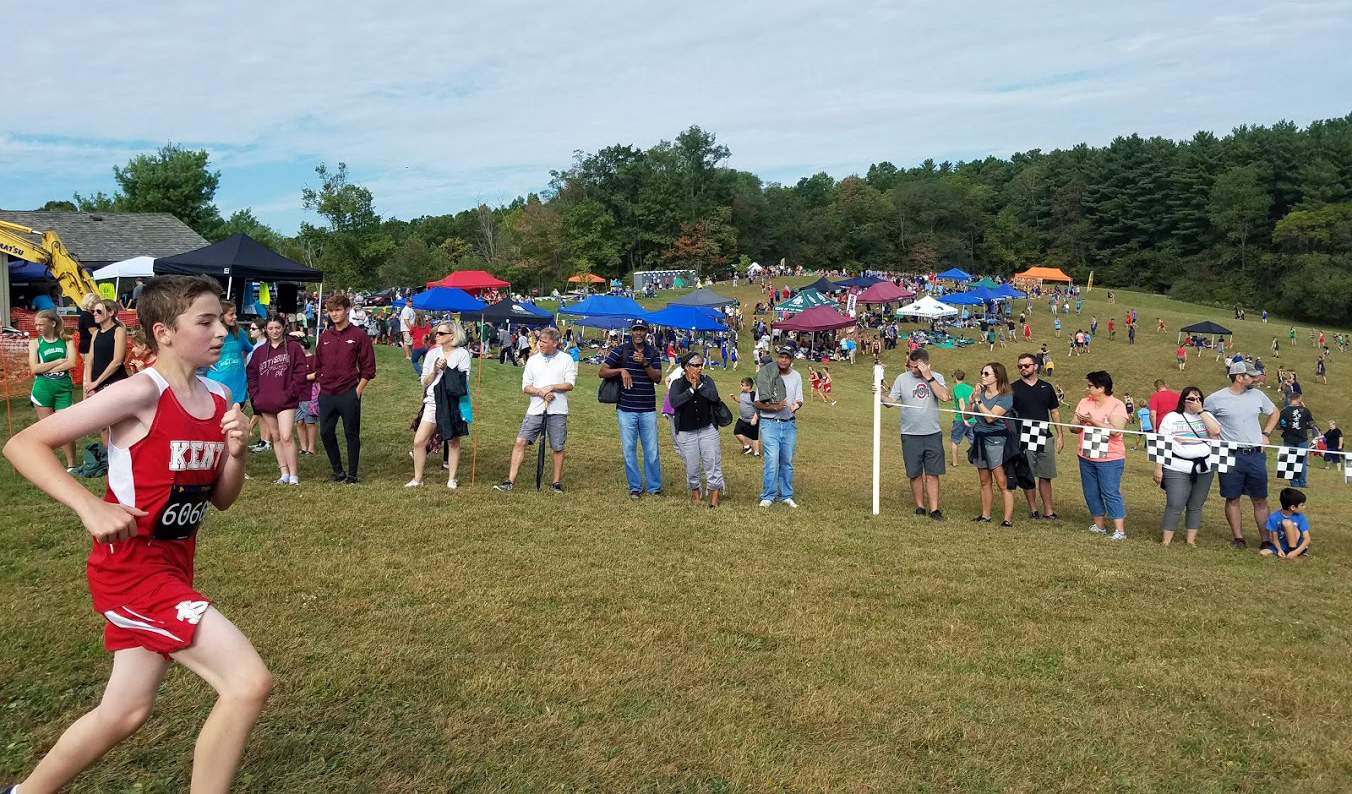 This week in the Cuyahoga Valley National Park (CVNP) the Kent middle school invitational finally saw a hilly course. It was harder on the kids but such a great course. Jack enjoyed it! 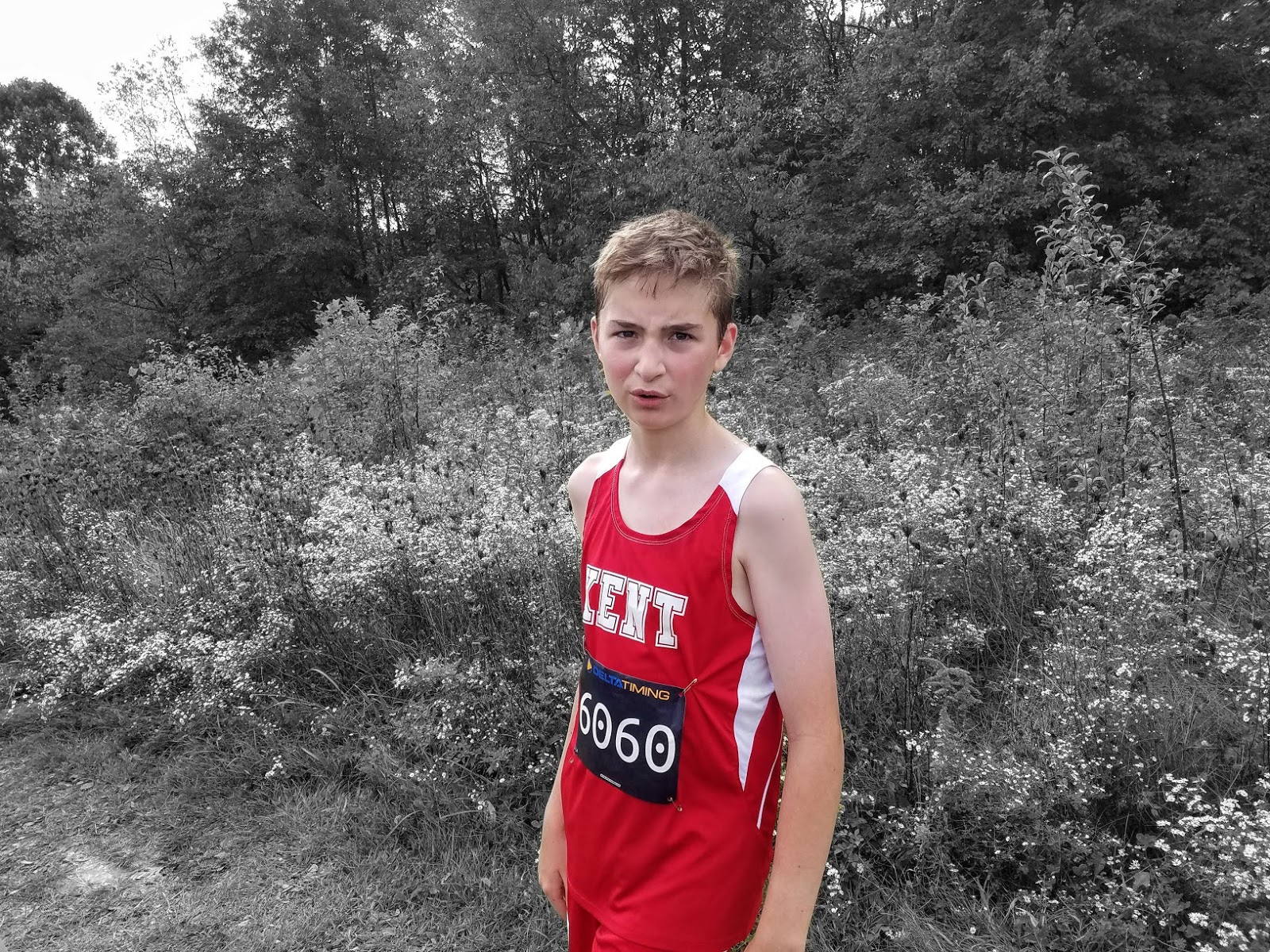 He's become much stronger over the course of the season. Below: Mary and Luke walking to a midway point to cheer Jack. 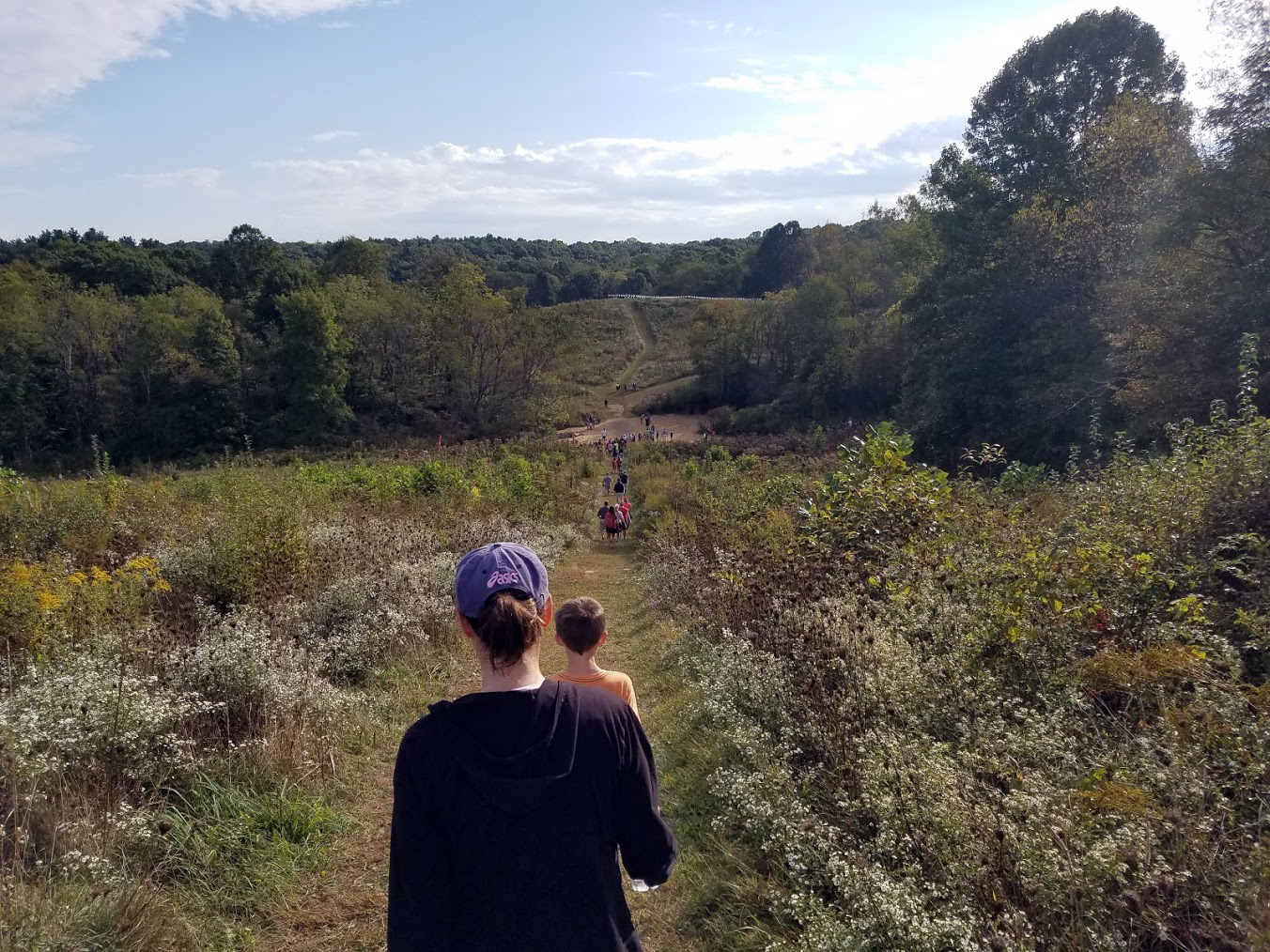 Below: Its hard to take decent photos and scream my head off at the same time. The arrow points to Jack at mid-race. 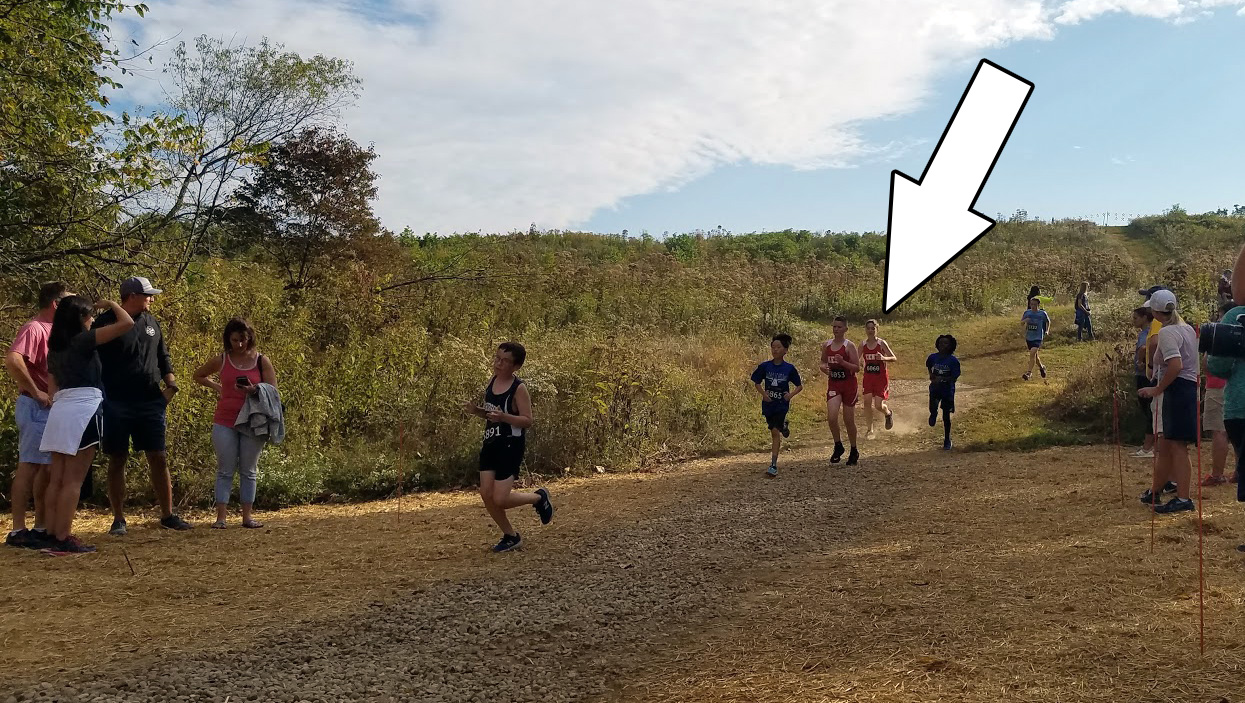 Below: Coming over the last hill to the finish. 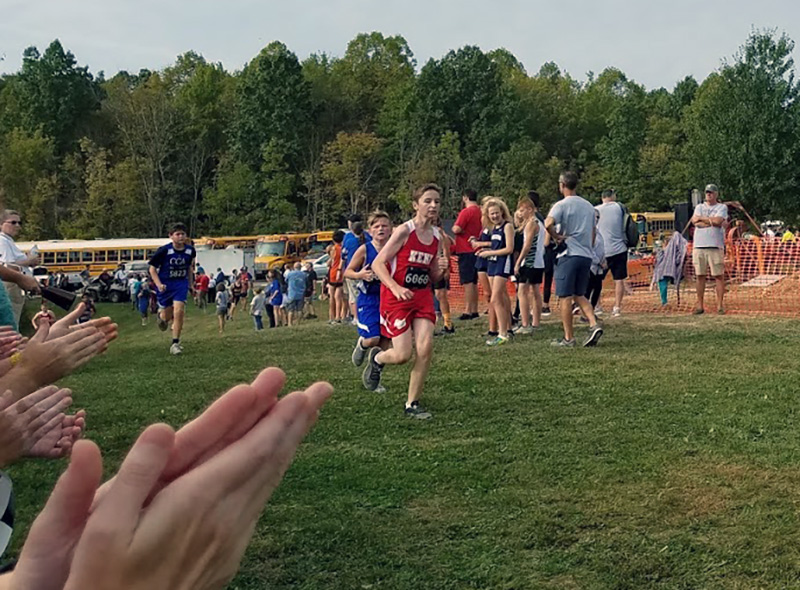 Below: That's Jack in red. It's hard to tell, but its a crazy downhill finish. 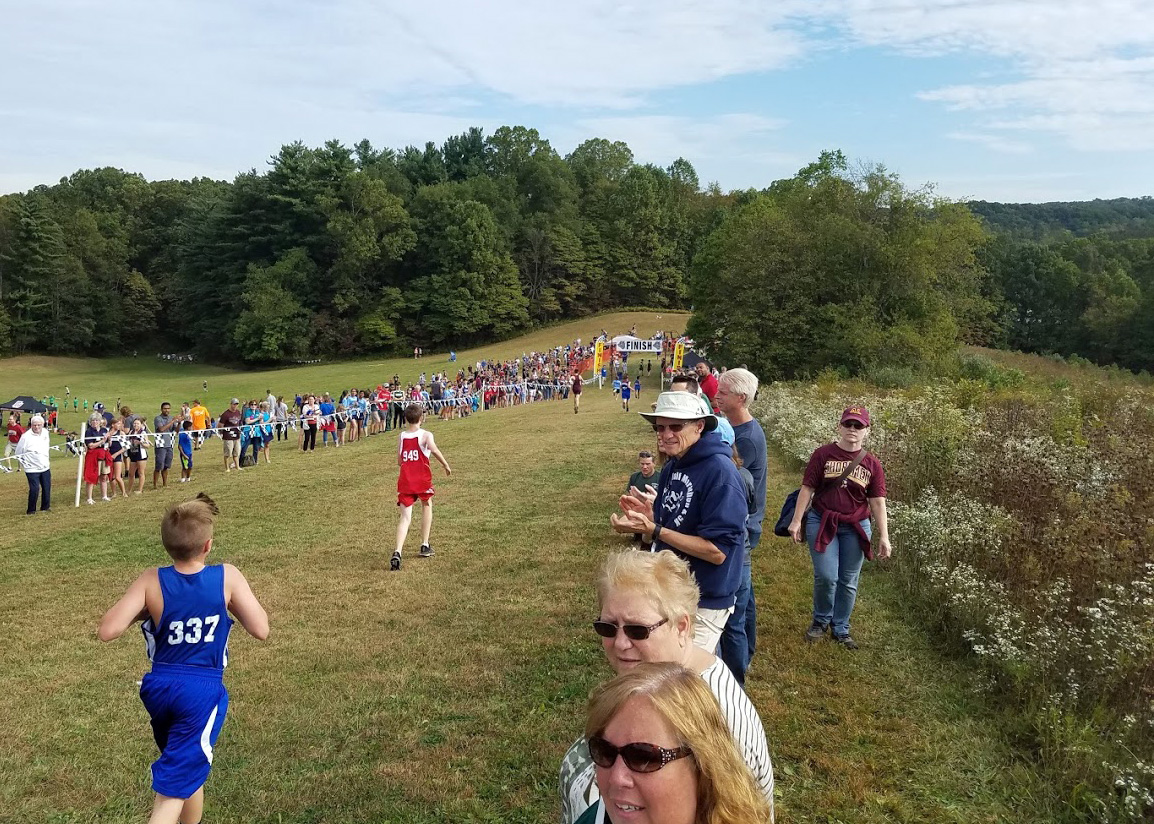 After the race, Jack recovers. 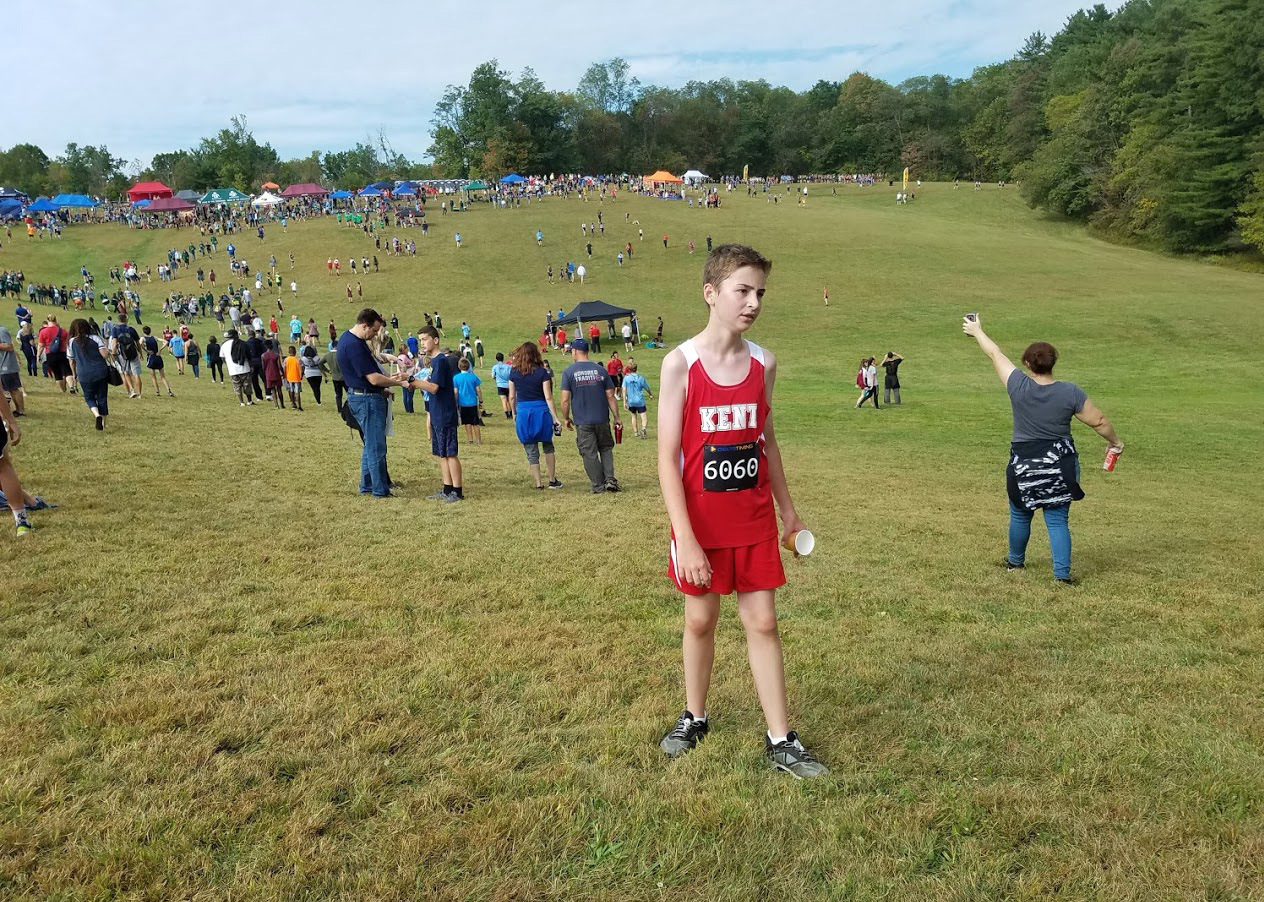 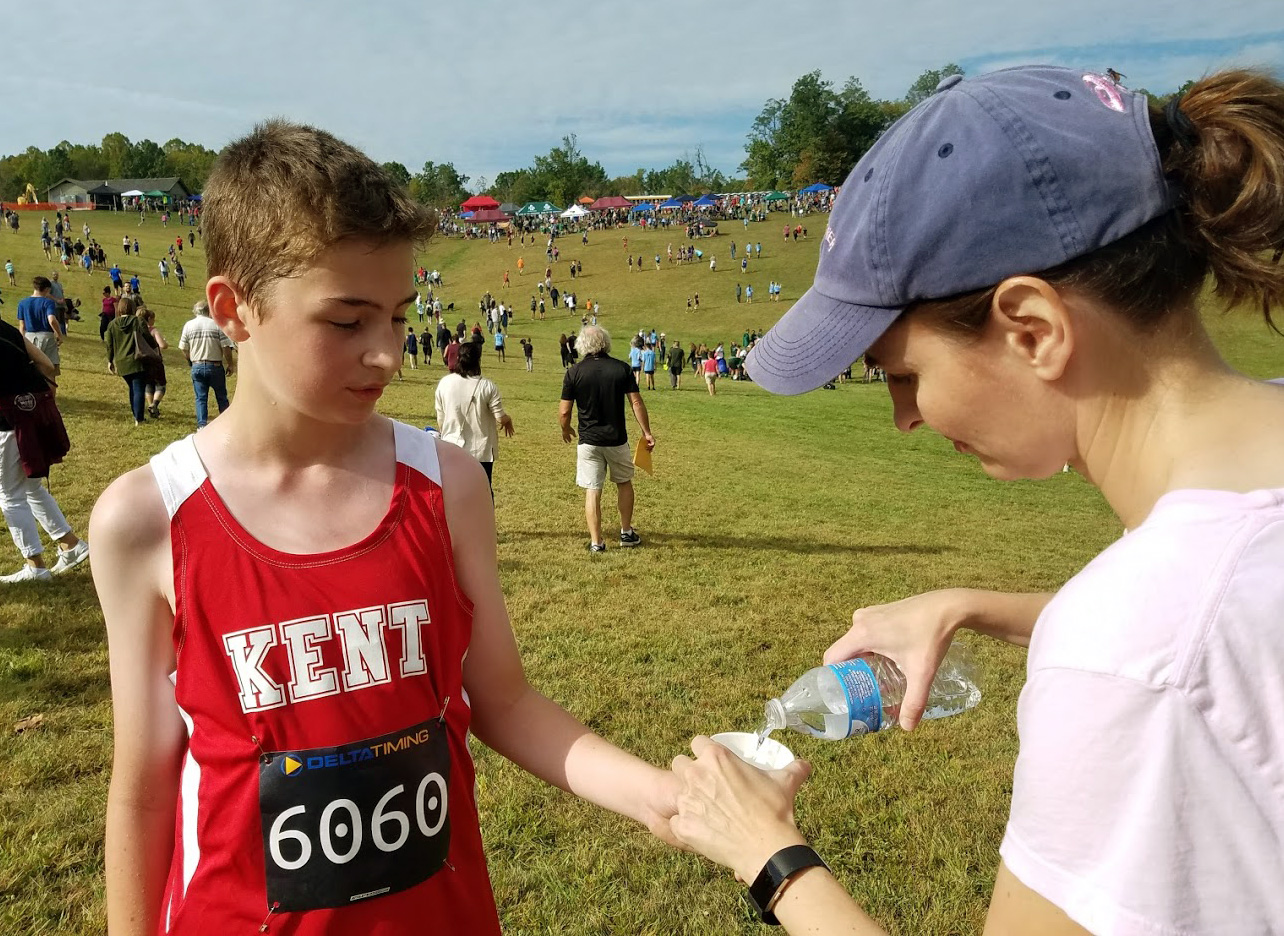 Luke has been a great supporter, too. 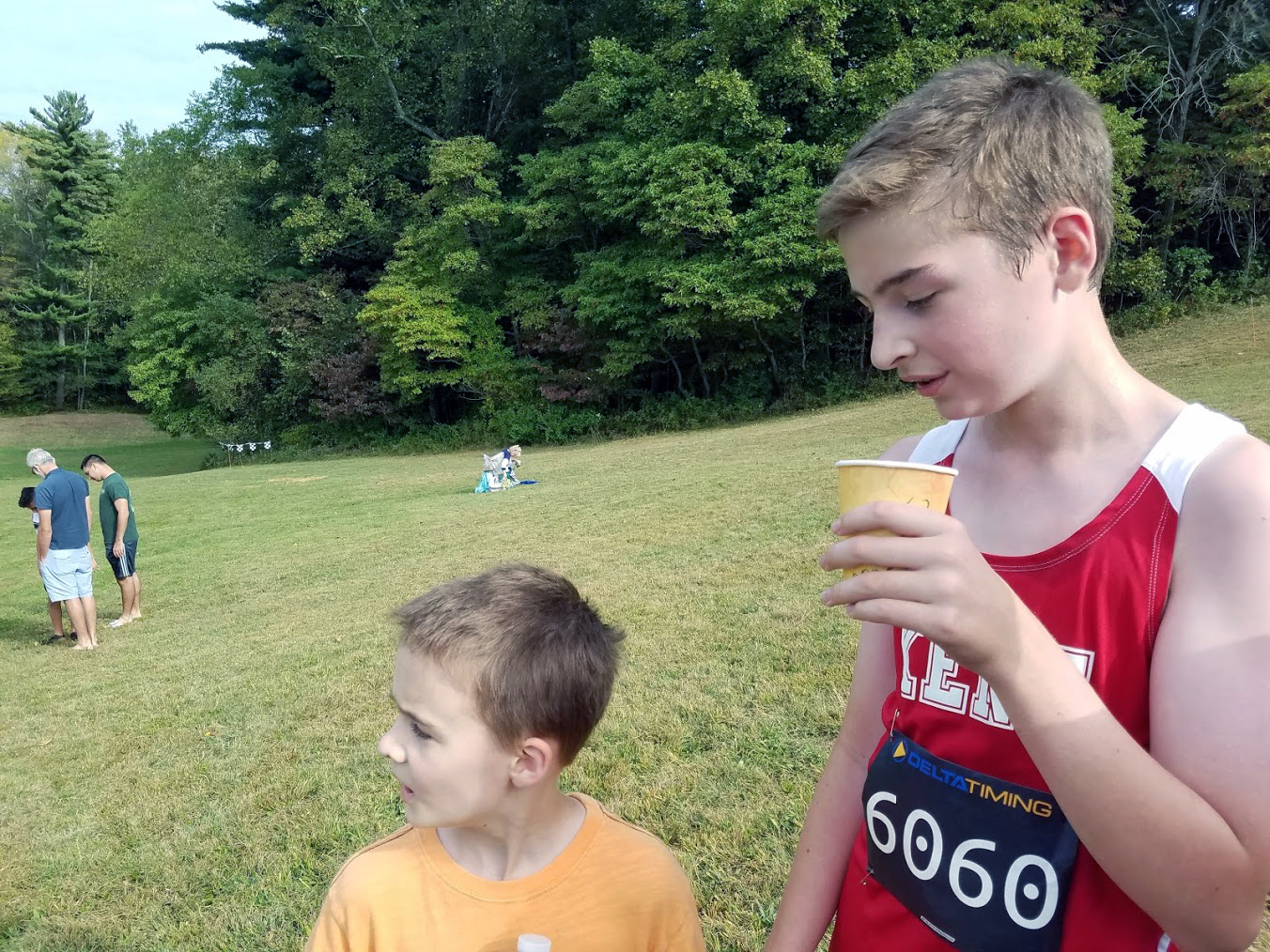 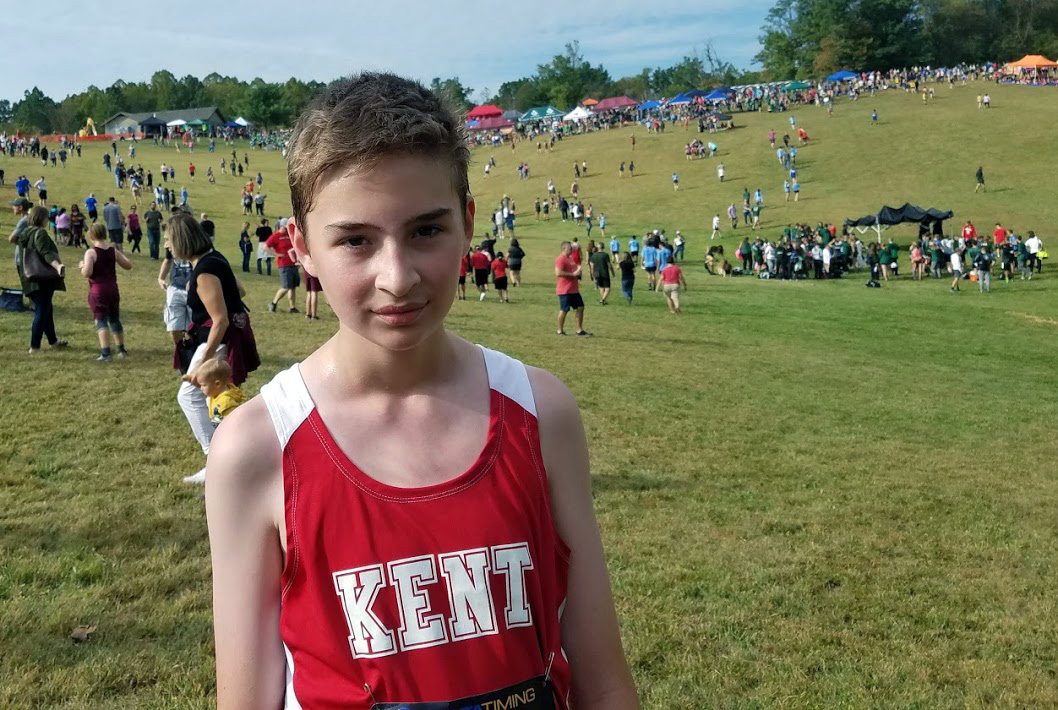 Below: Not a great photo but the row of tents housing teams is always a wonderful sight. 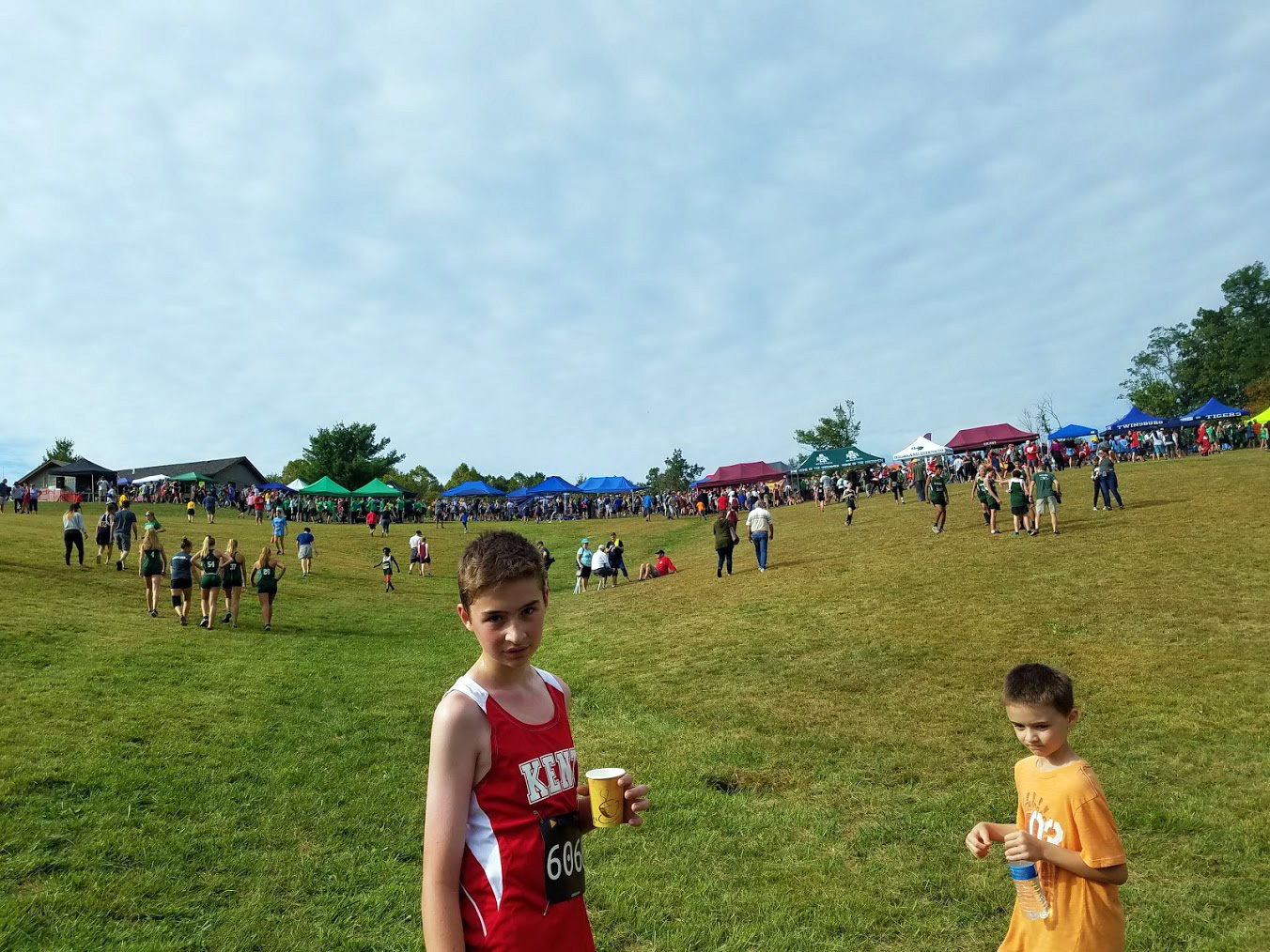 On the way out, Luke takes a shot with a giant bulldog! 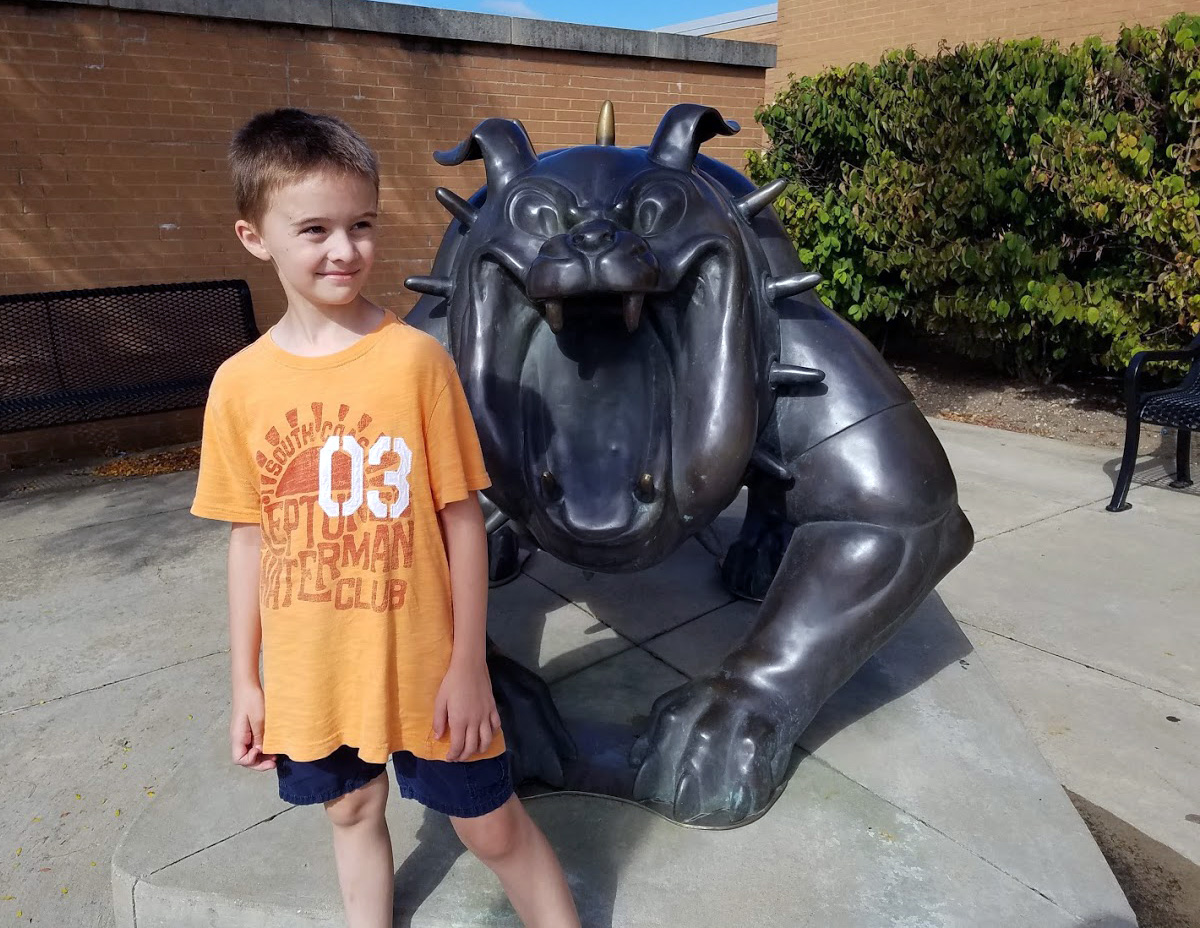 We arrived just as Jack's race started so I missed getting shots of that. I'm just including the middle school girls start because it give you a sense of the energy and strength of these young kids.

Jacks XC race in the Cuyahoga Valley National Park. A challenging and hilly course. This movie was auto-made by google assistant so its clunky, but still nice to have.