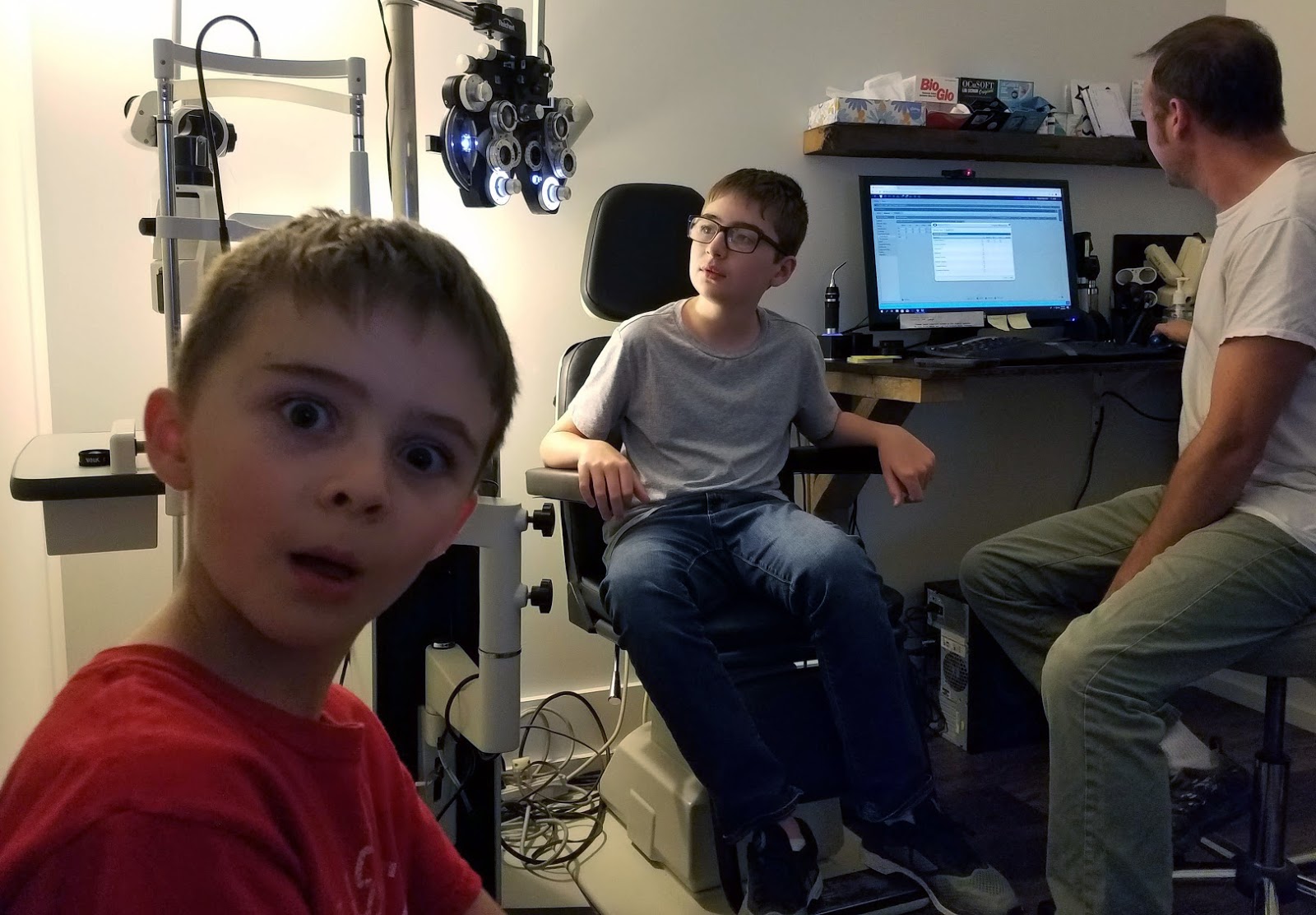 Not long ago we visited uncle Jon in Logan, Ohio. He was nice enough to give us free eye exams on the weekend. His practice is booming! He's been super smart about every step of its development. 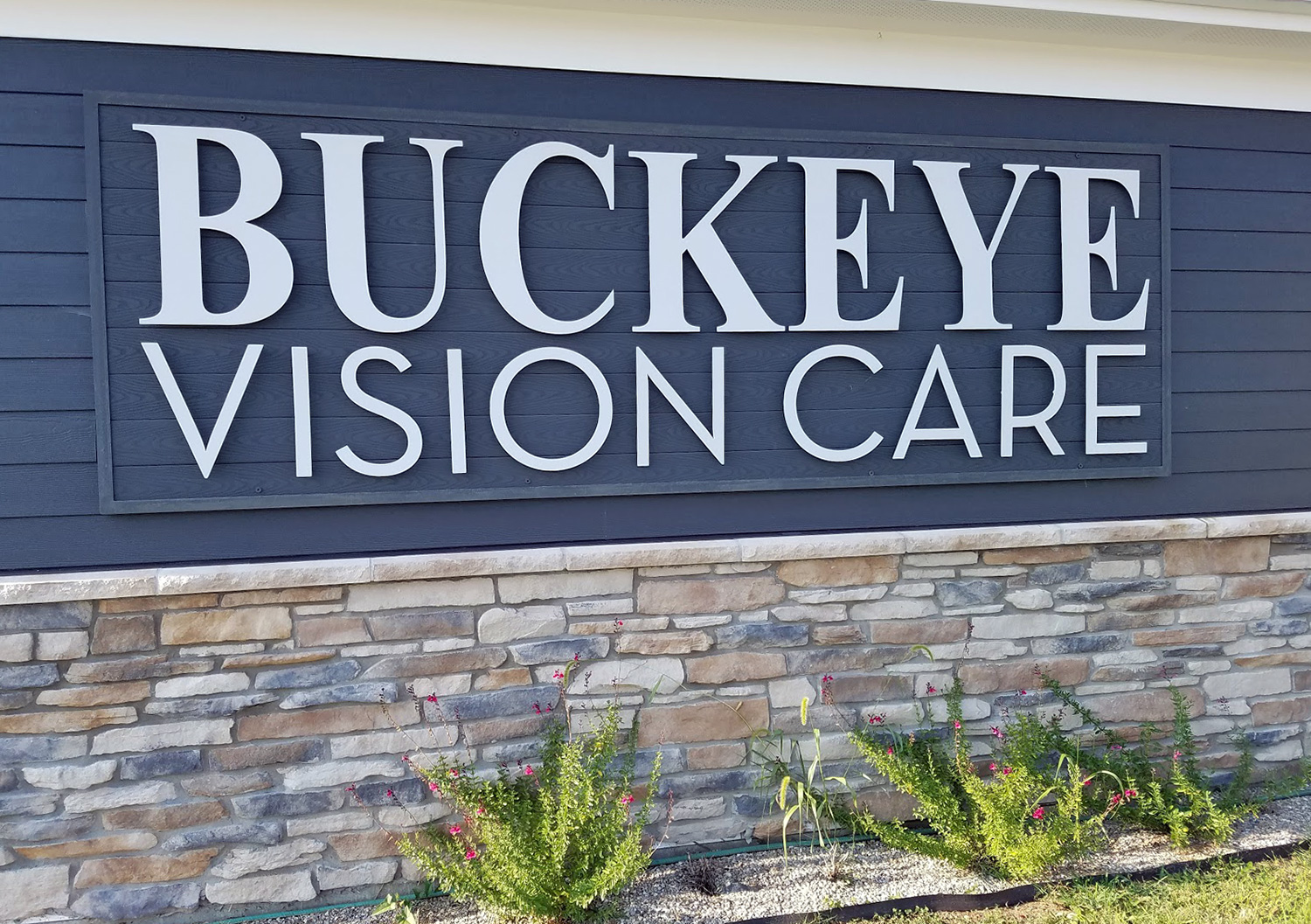 He and Kate built the new building and doing an amazing job. 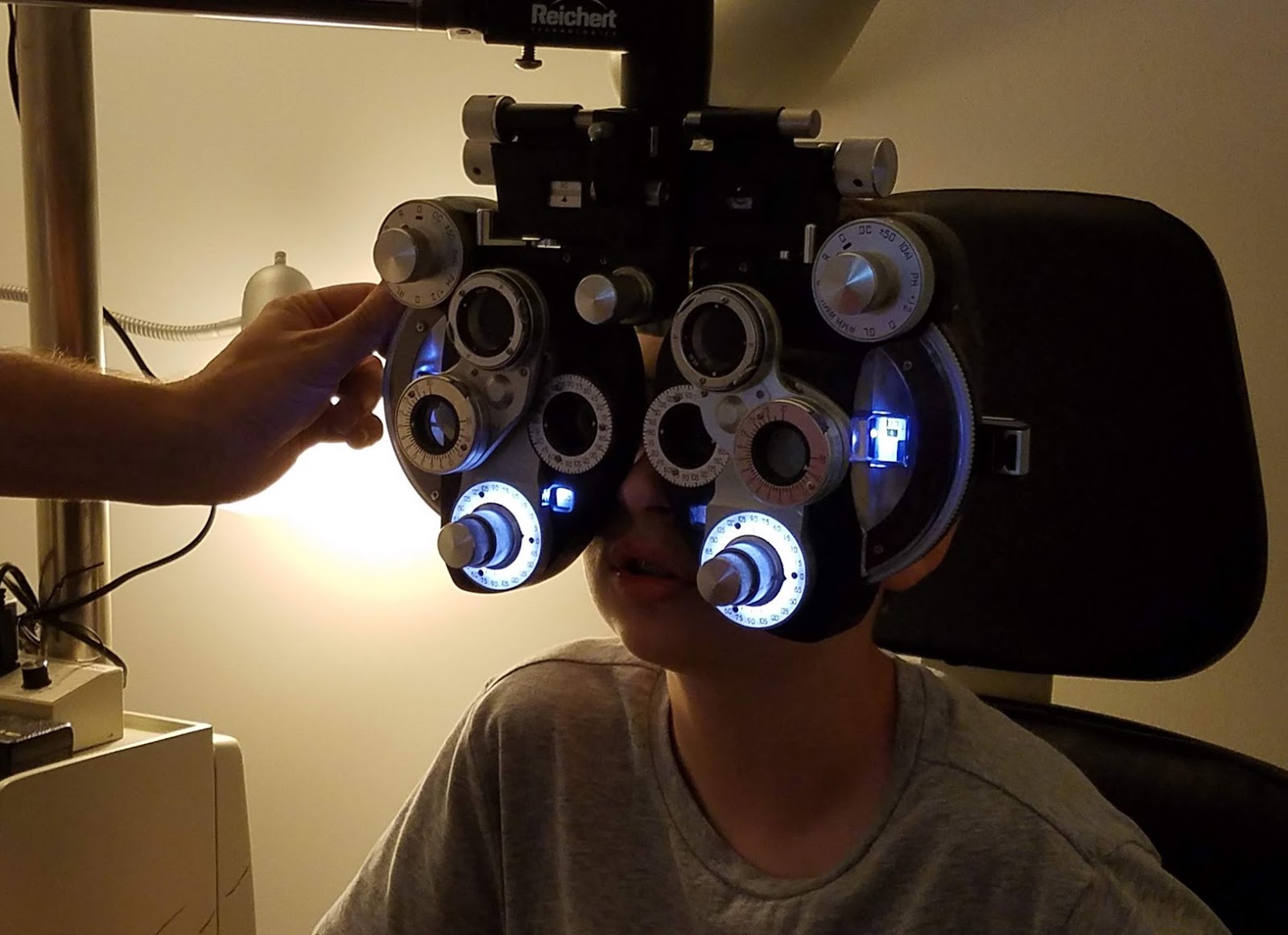 Above and below: Jack gets his eye exam. 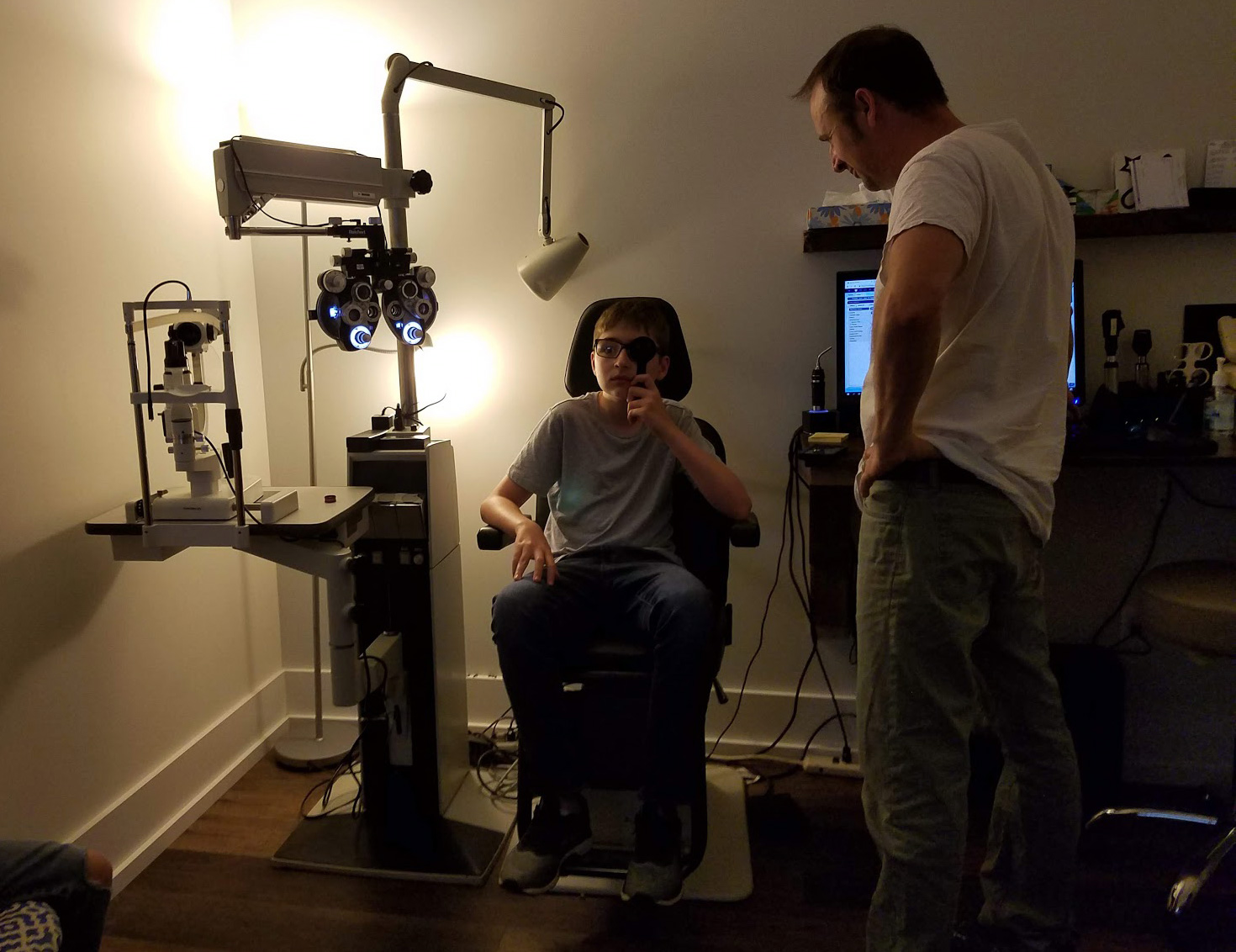 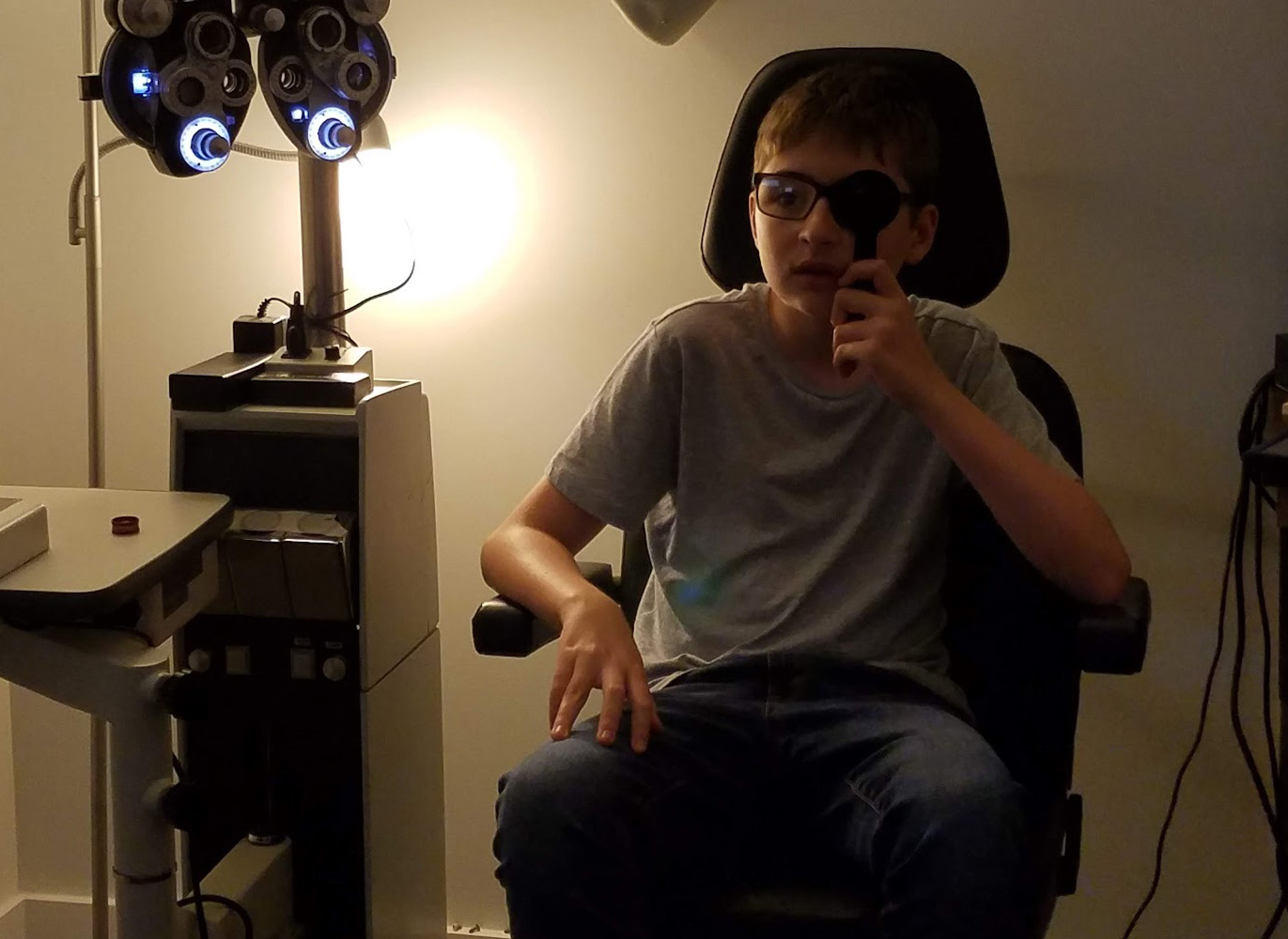 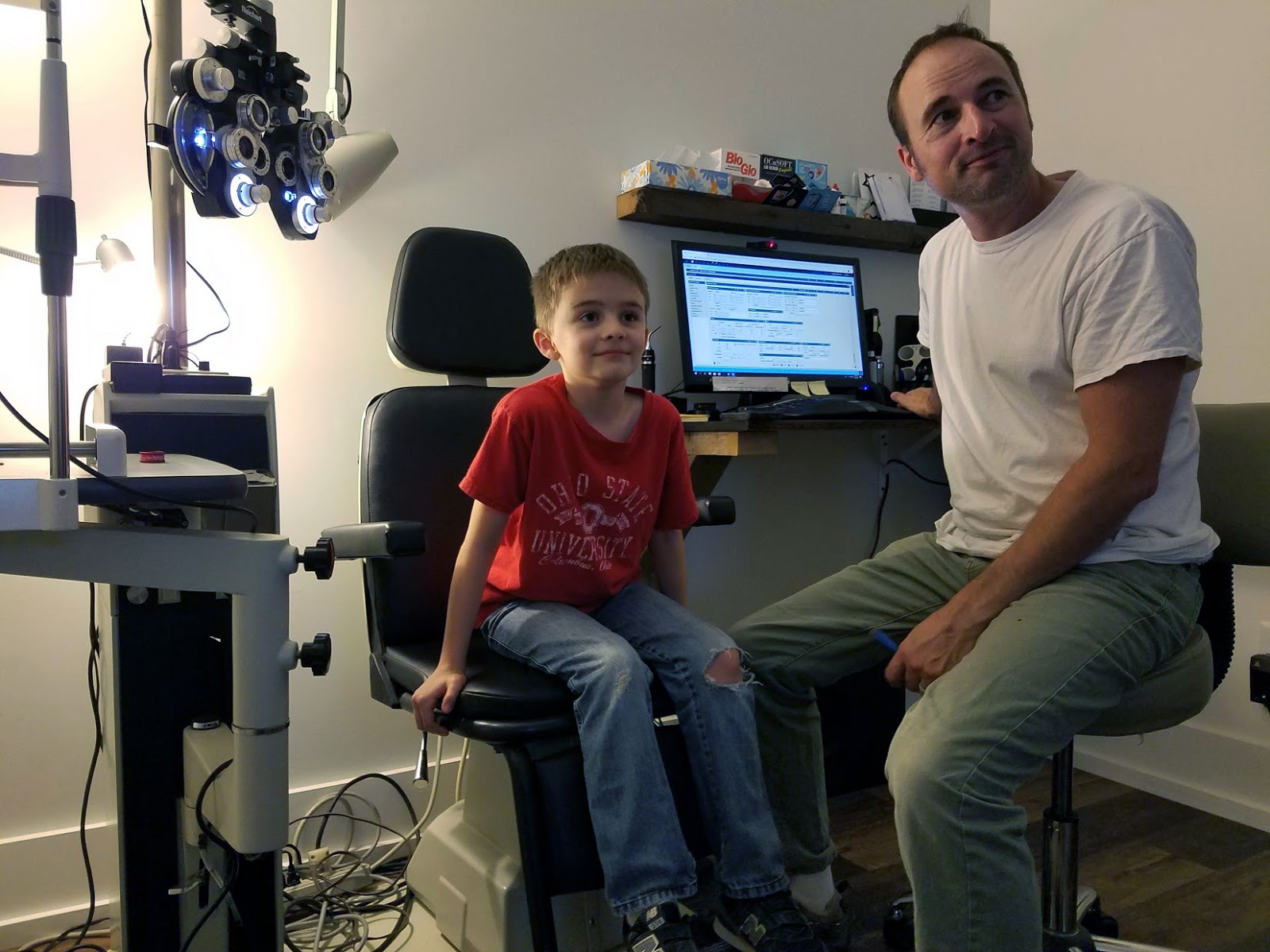 What, not enough stimulus for you, Luke? 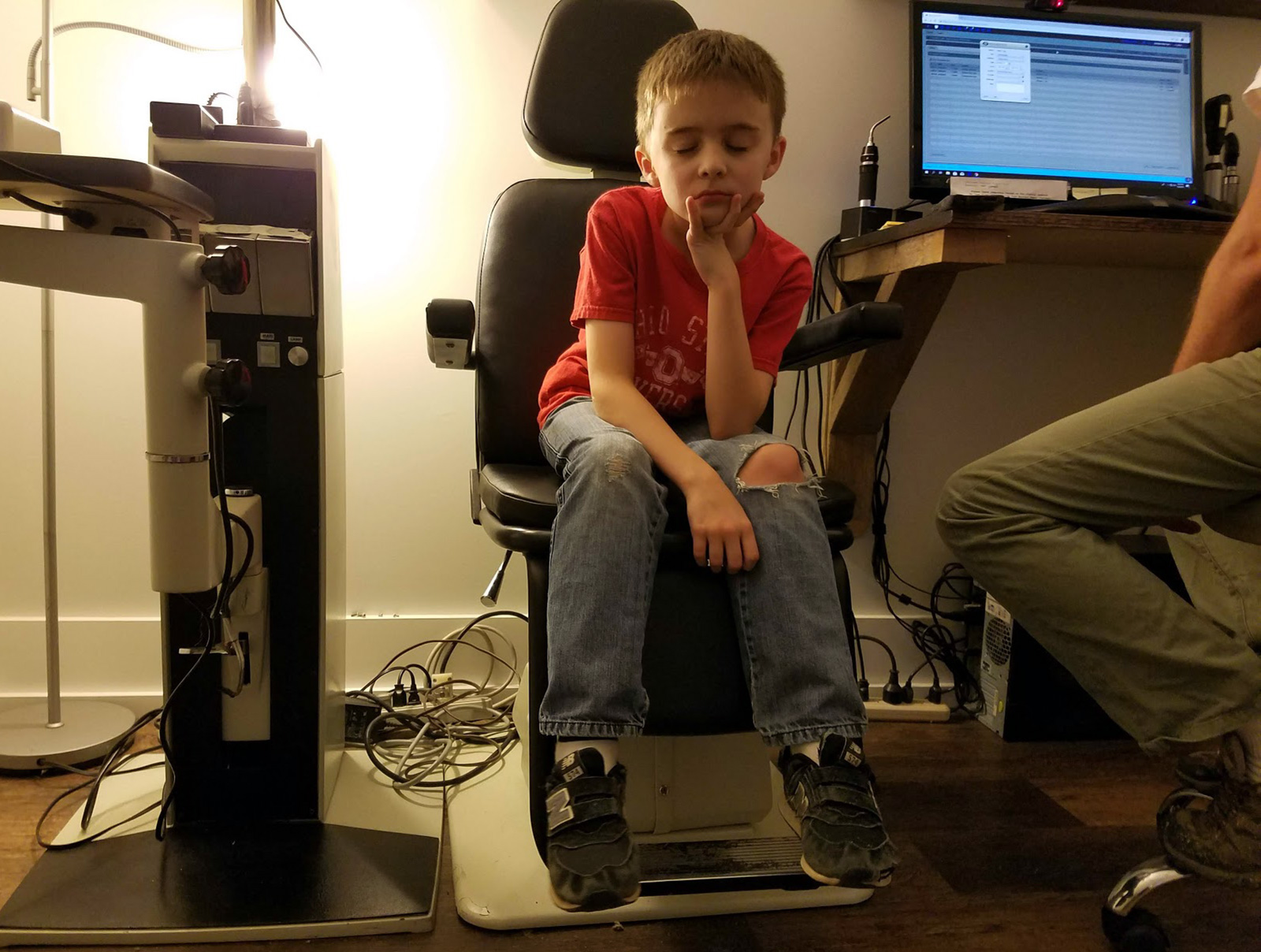 They're also building a new house! The back is a giant garage and the front is the living space. I should mention, they're building this by hand, themselves, for the most part. 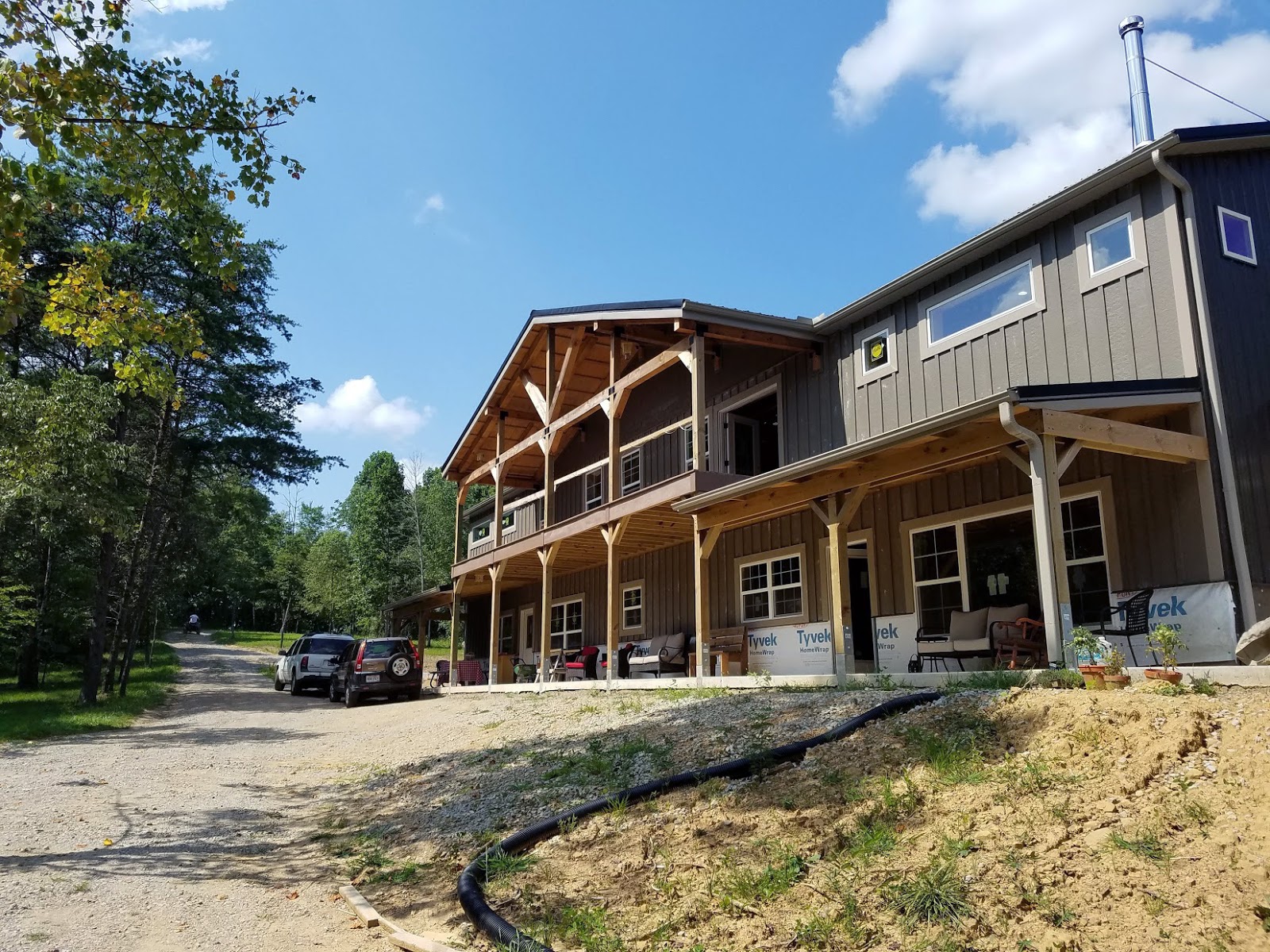 Below is a photo of the garage. Behind me is another garage door so they have one on either end. It is huge! 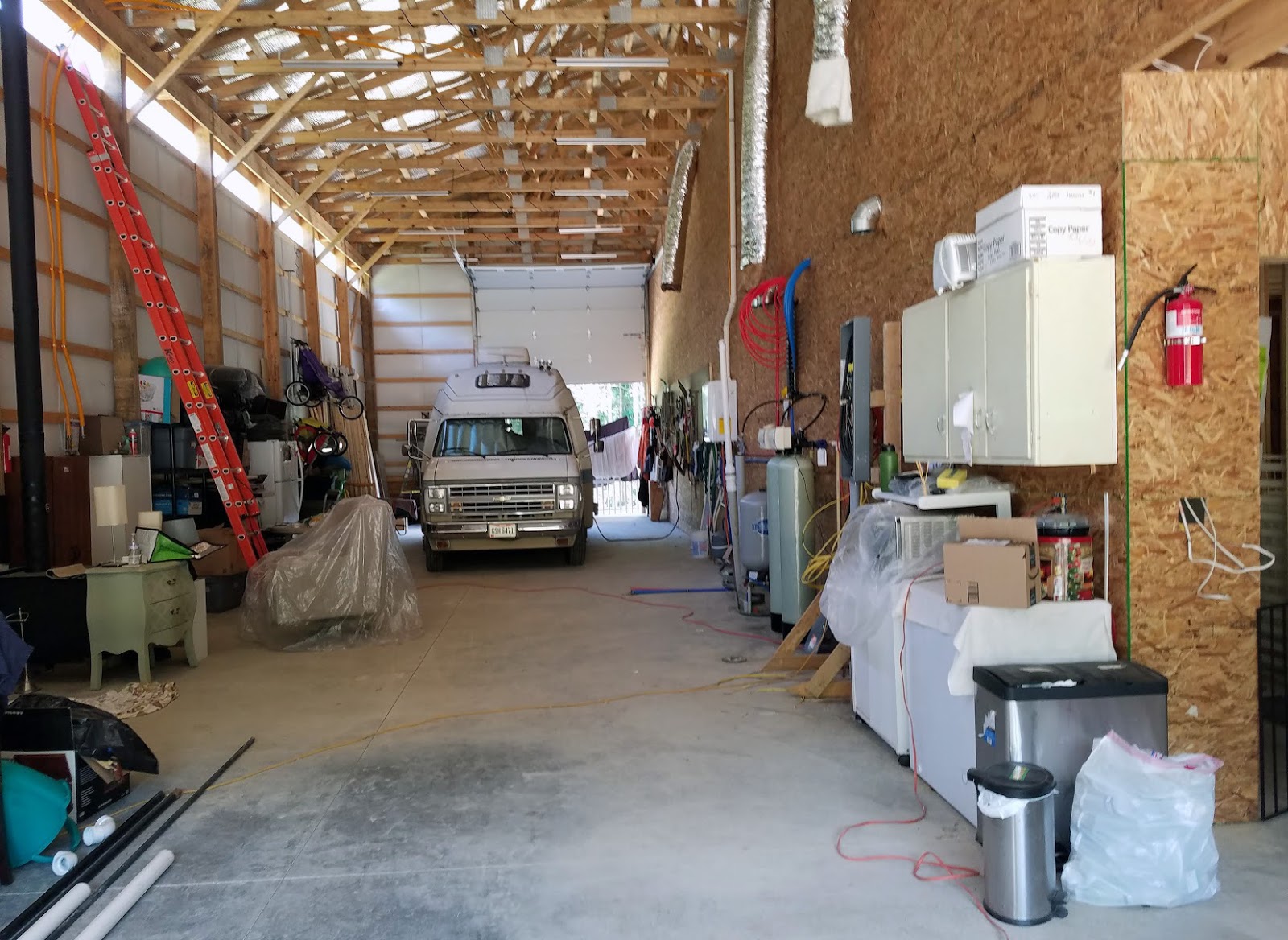 Jack in the camper. 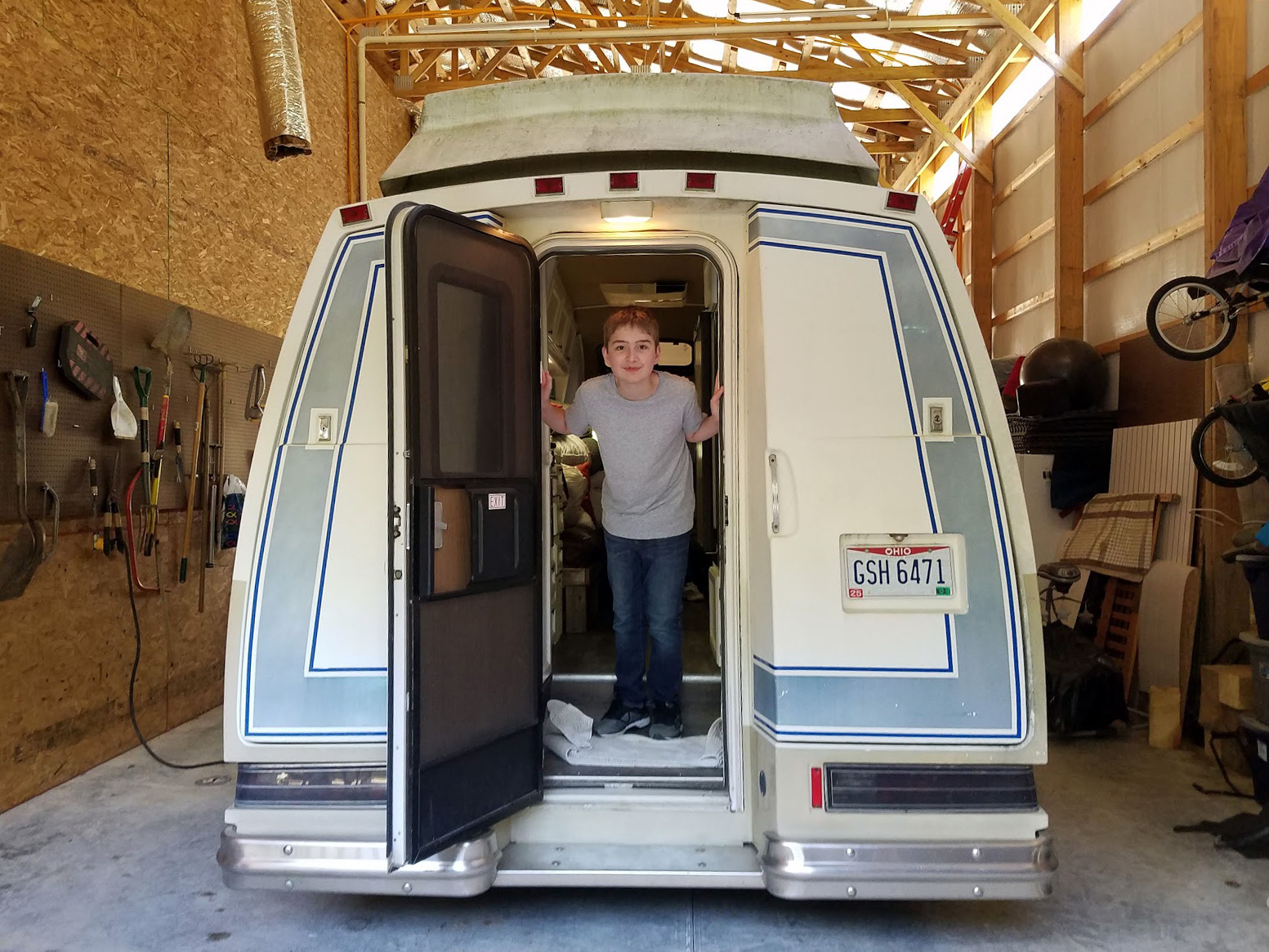 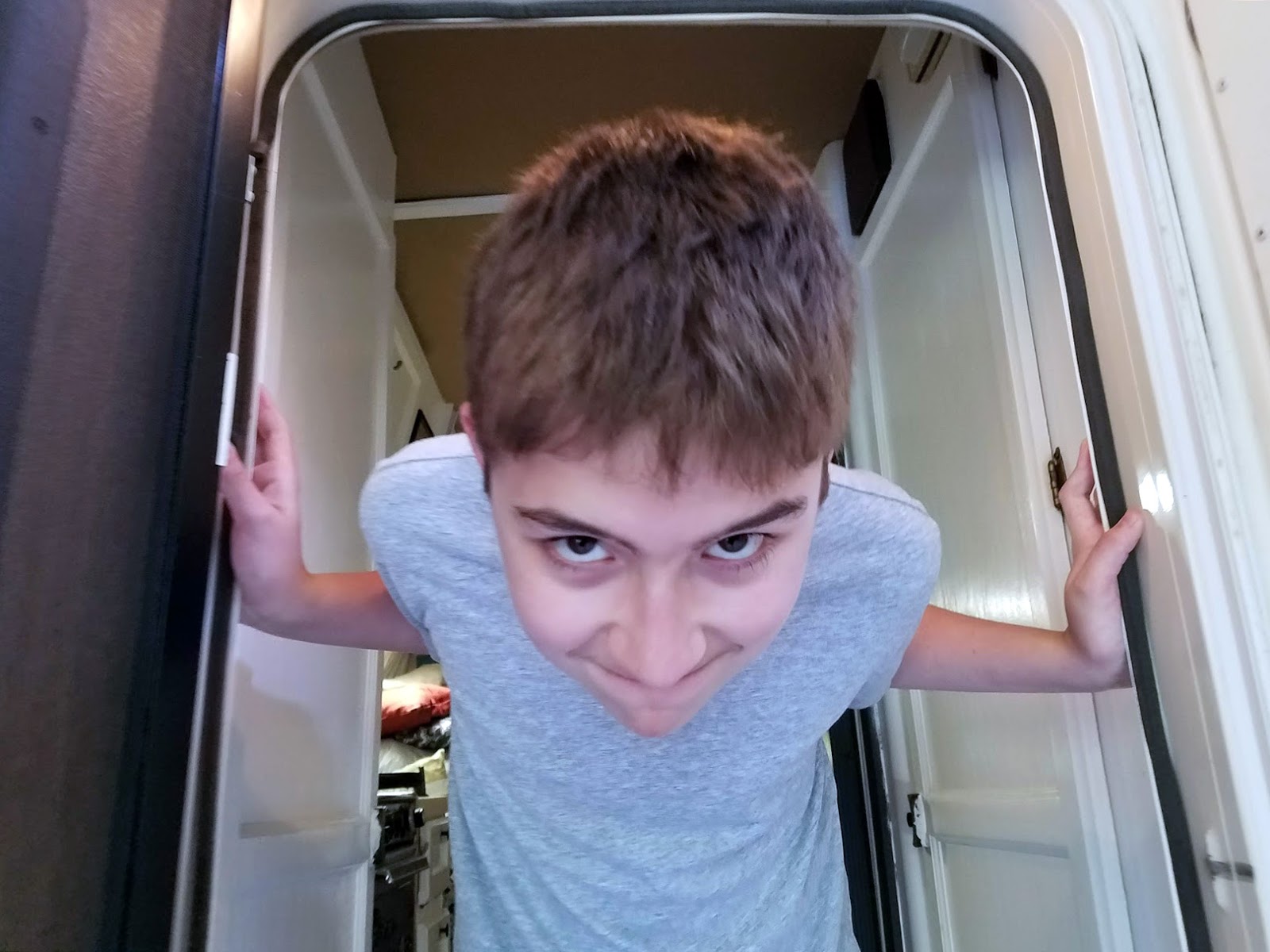 The view from the future living room to the upstairs. 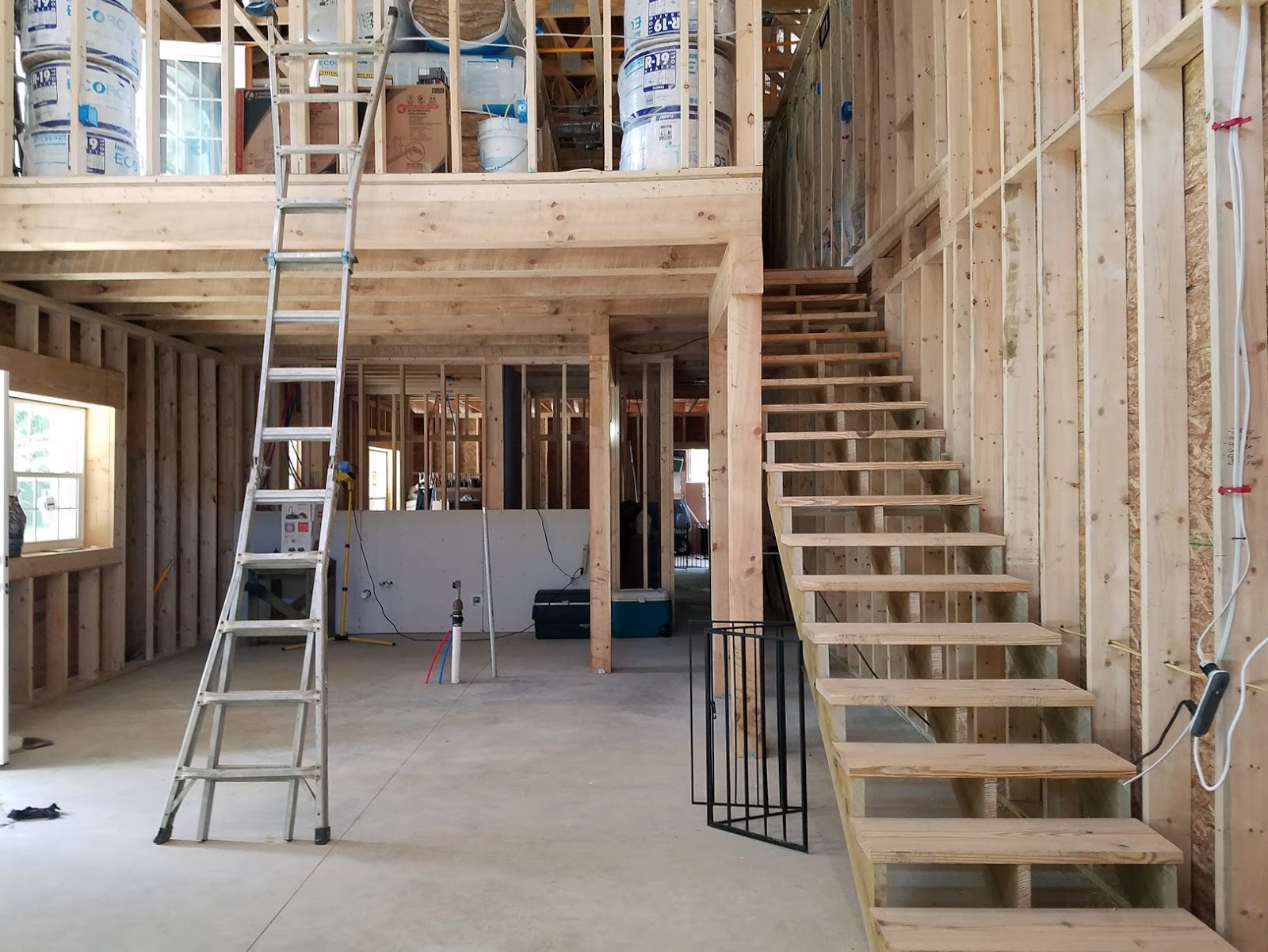 Uncle Jon game the boys (and Grandma!) a ride around the lake. 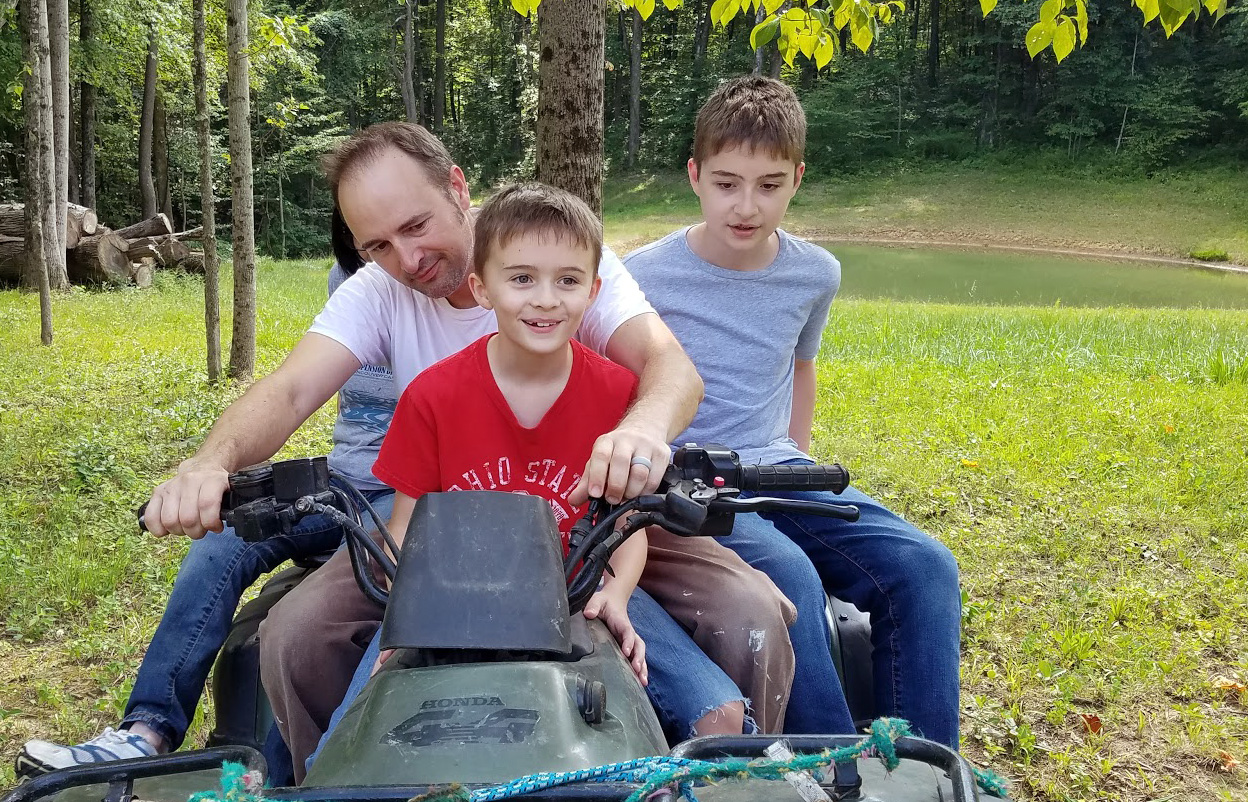 The lake is the view from the upper floor of the house. 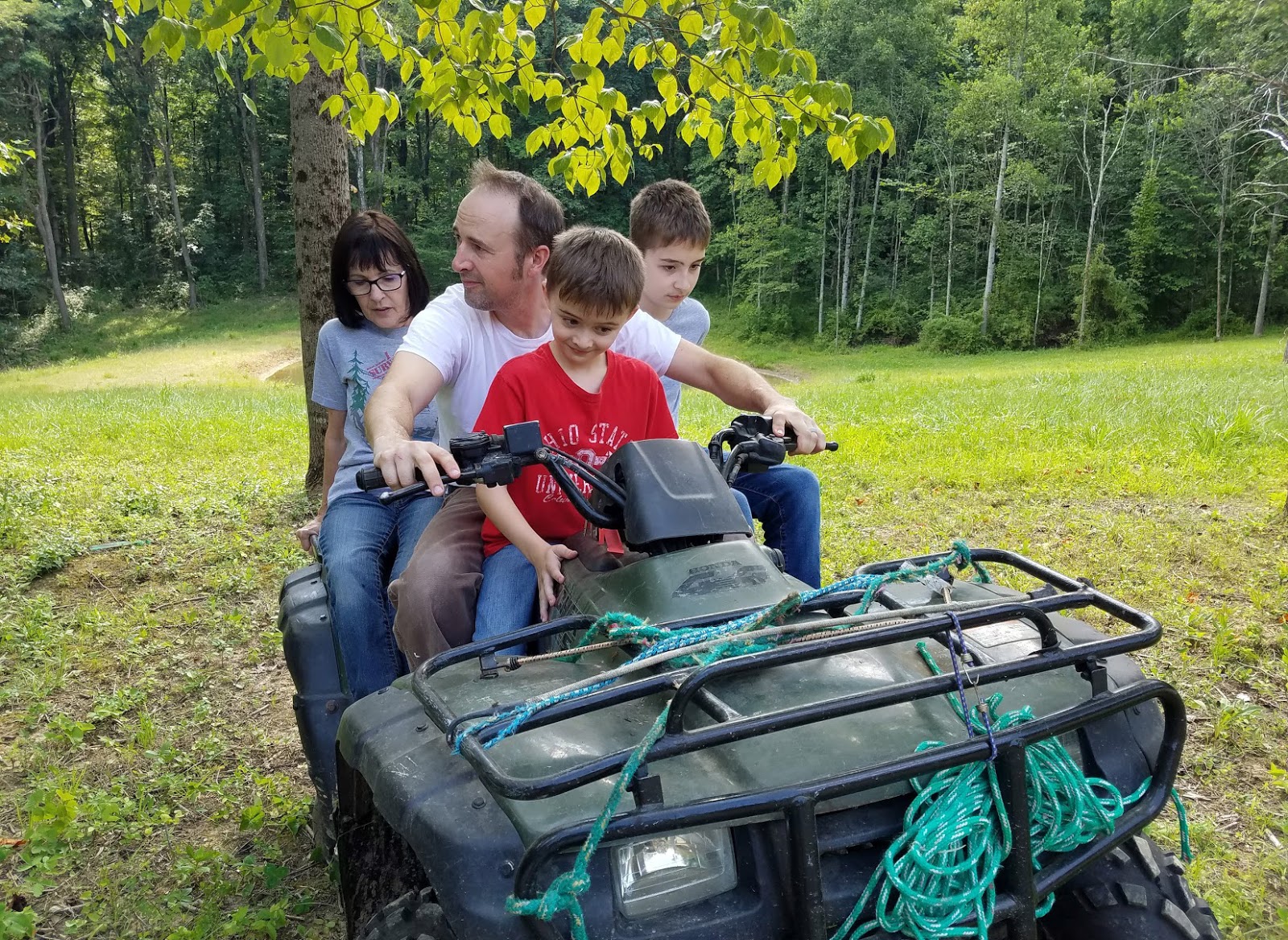 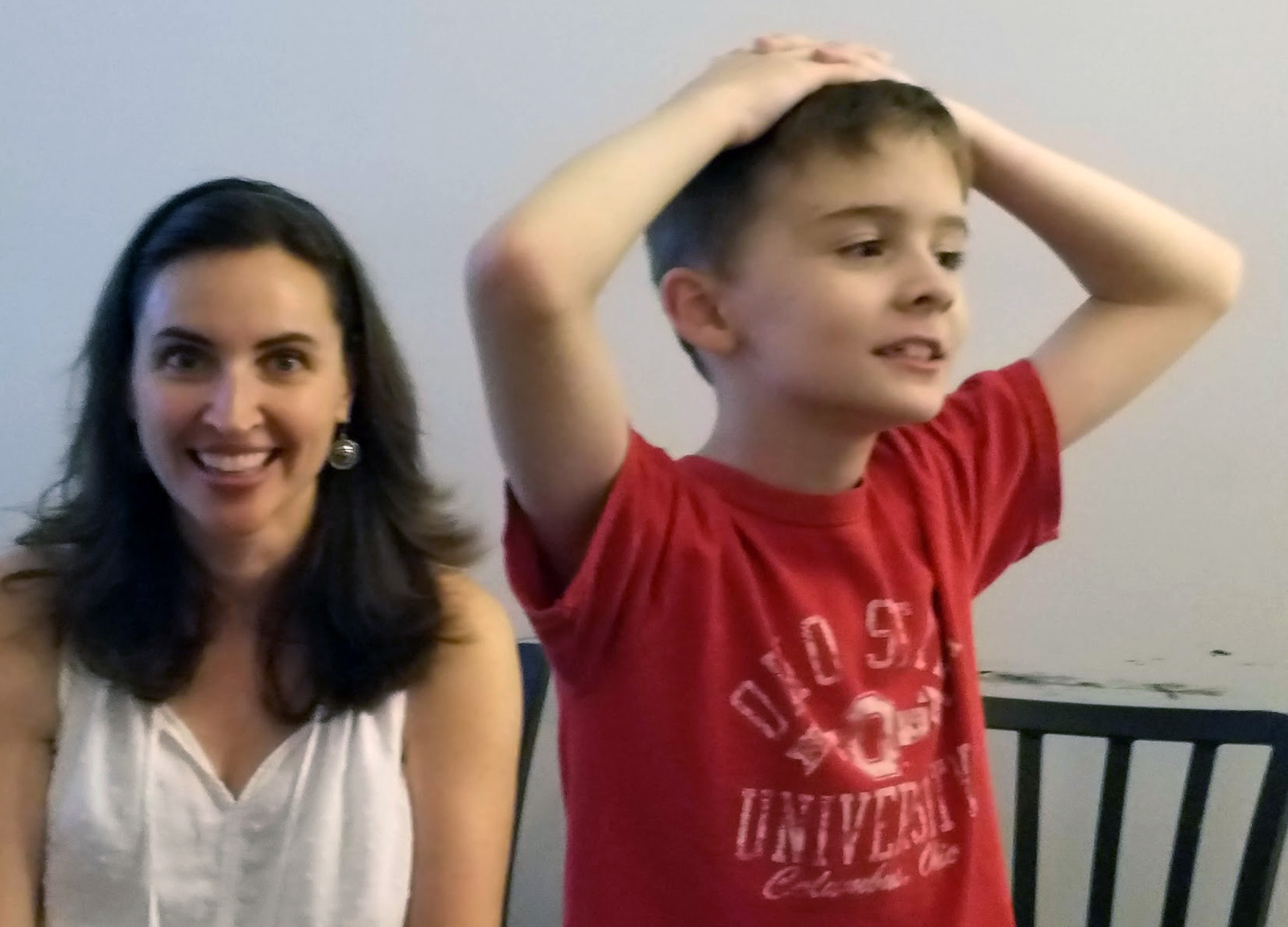 Luke in front of my other baby, the bike! I took it for this ride. 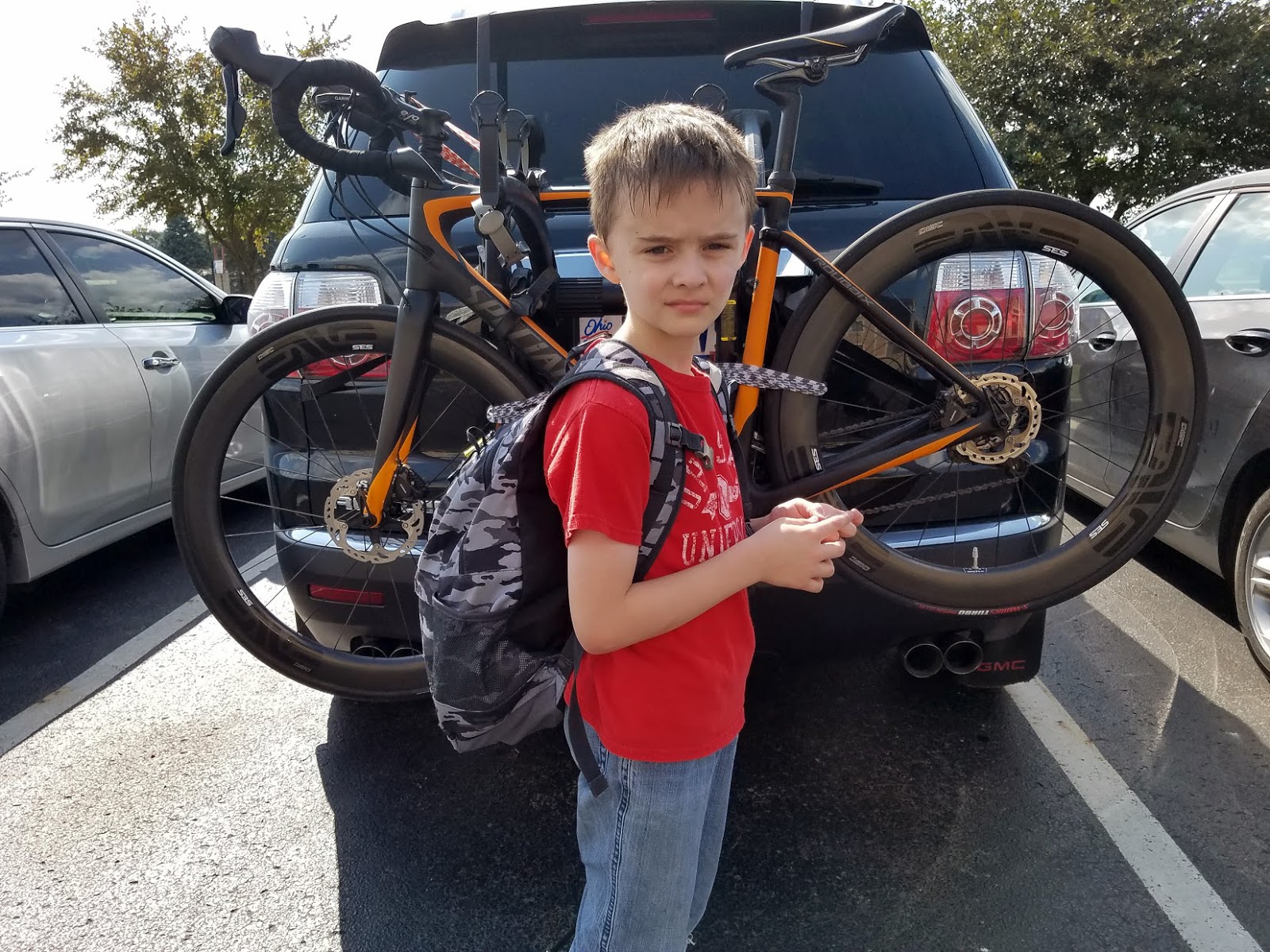 We stayed in a hotel one night and ate a bunch of health food. 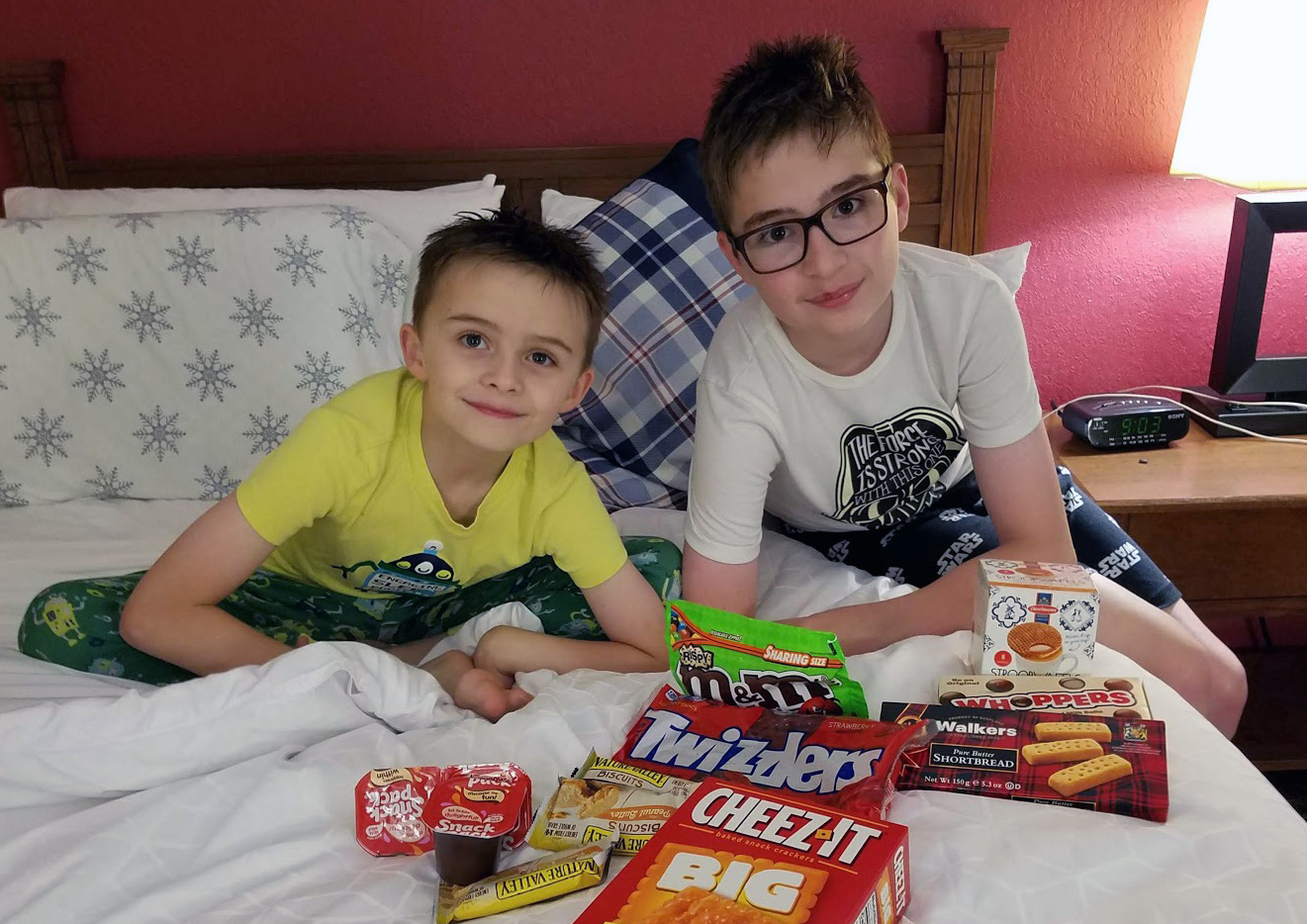 By the way, that is my foot on the left and Jacks on the right. Frightening. 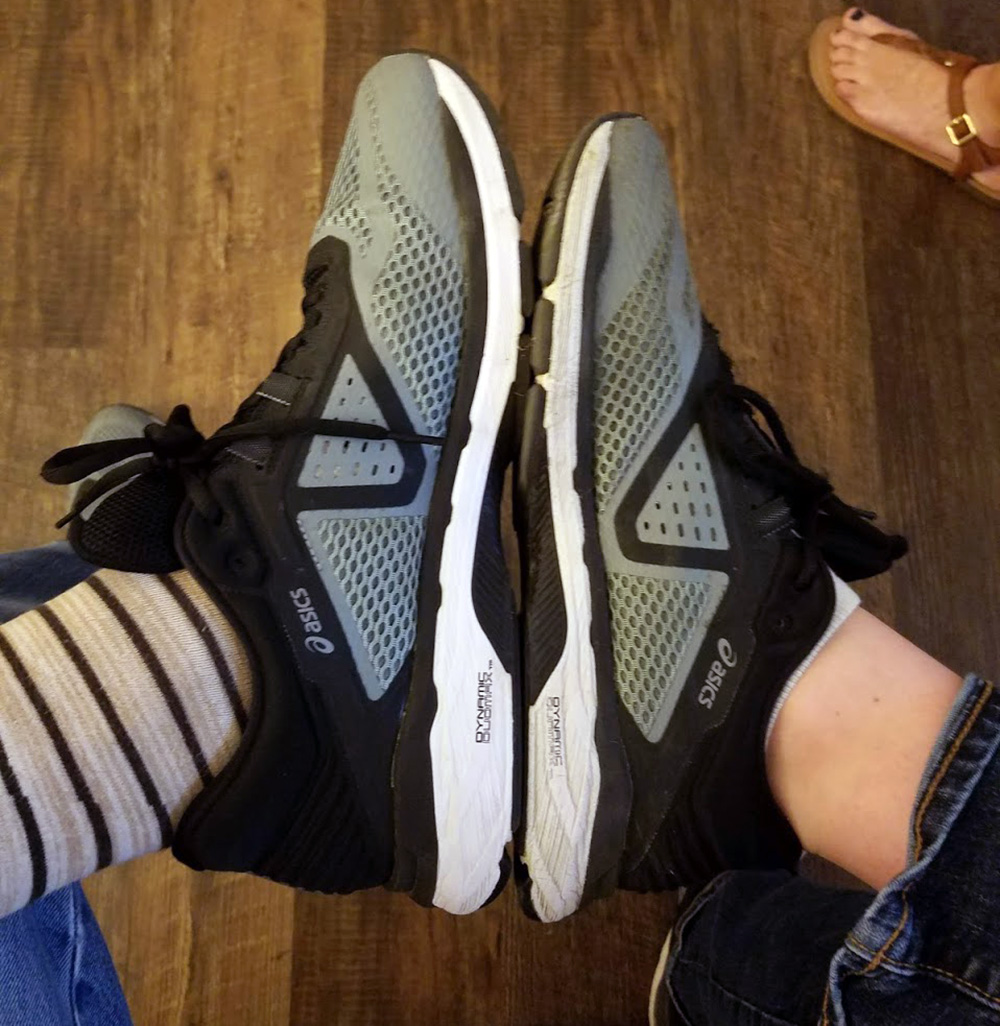