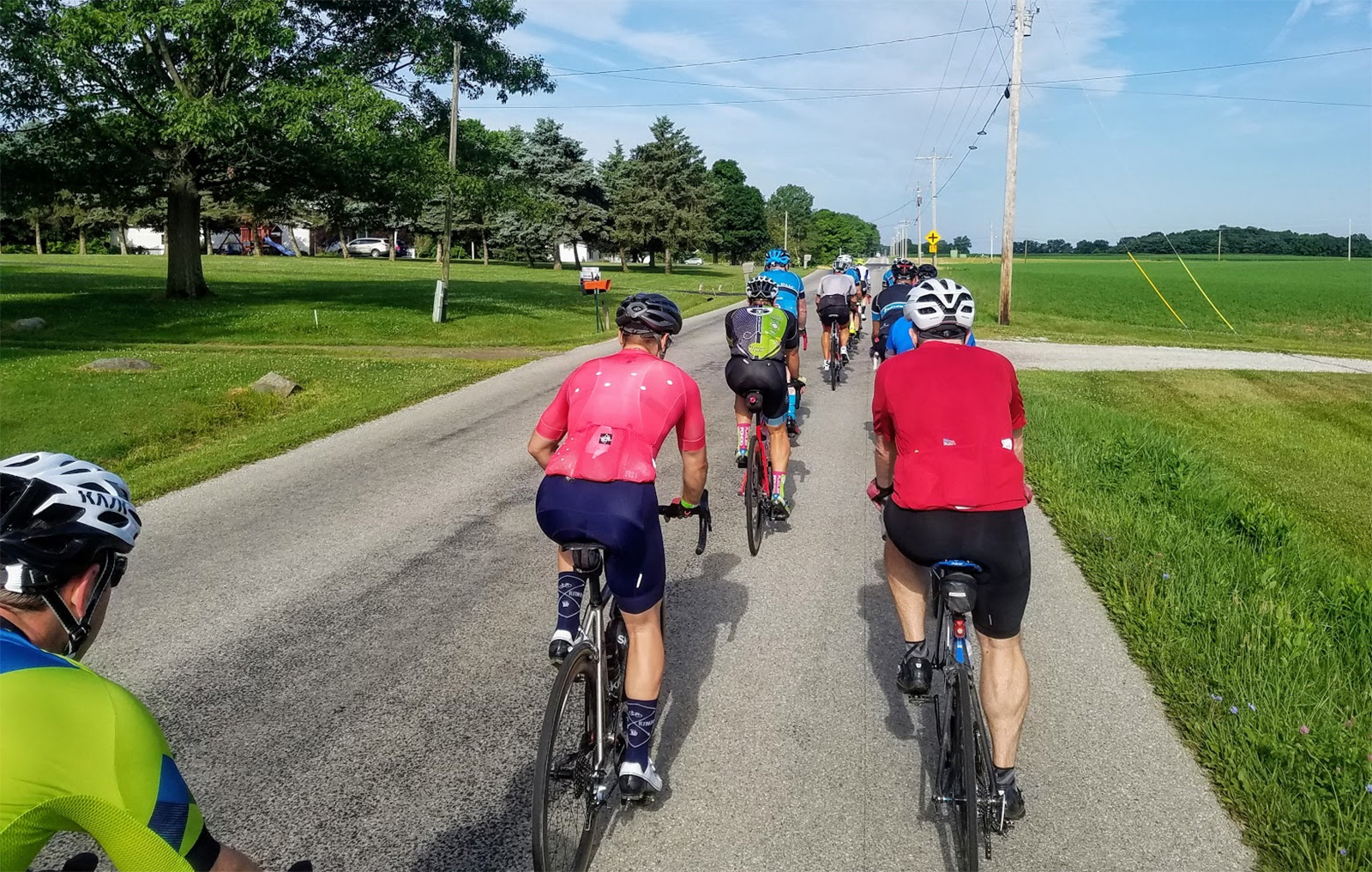 The Akron Bike Club (ABC) held their annual Century ride last weekend. The first 50 miles was very conservative and I regretted not going with the fast group (a Cleveland team) even if I would have bonked. Our second group did not pace too much slower. The second half we picked up the pace though it was in the hills. Below: In a group with some of the Hudson Velo team. 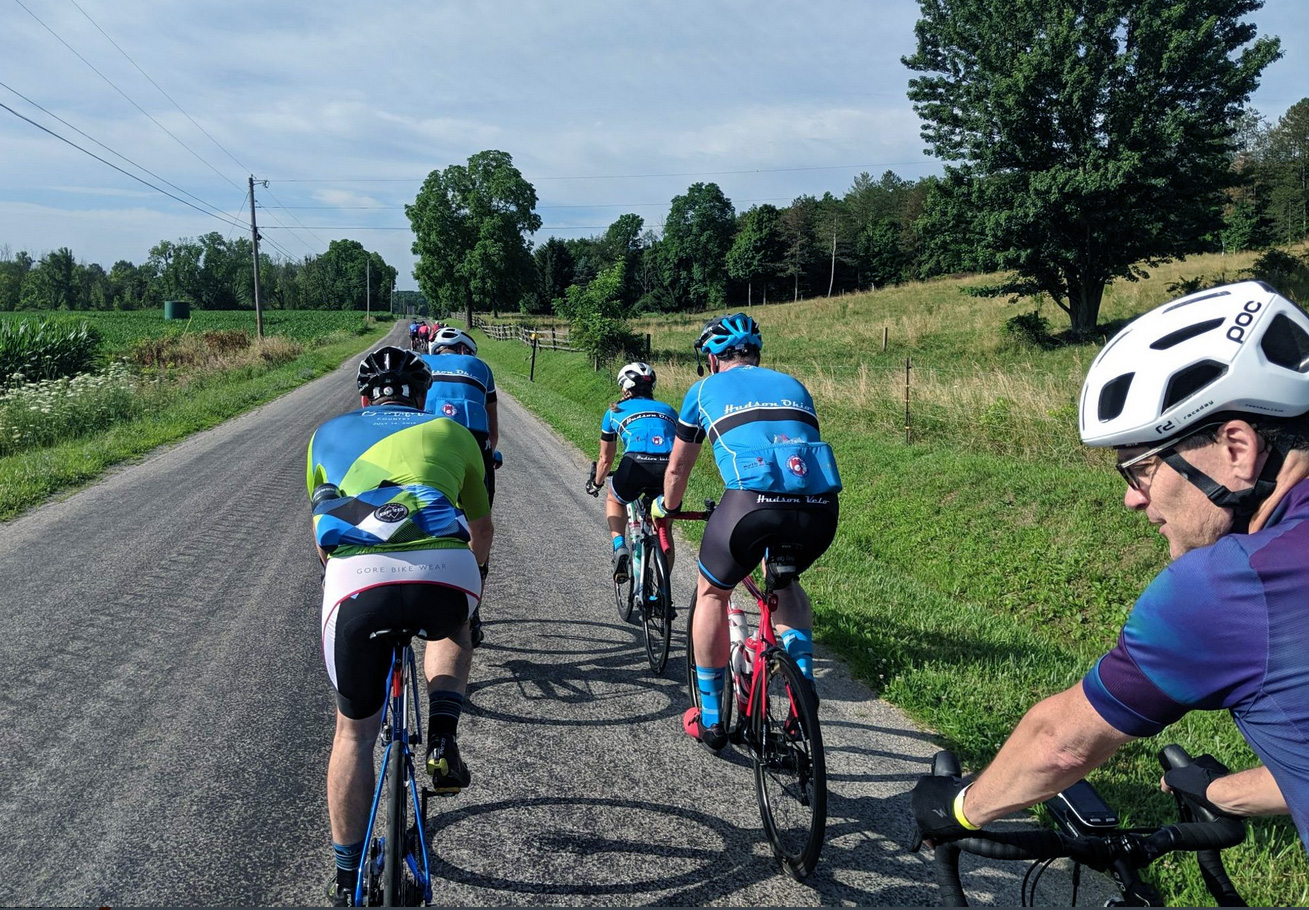 It was fun dropping the young guys on the climbs. The ride was more comfortable than I expected. Below: Some of the wiper snappers that were in the final group with me. 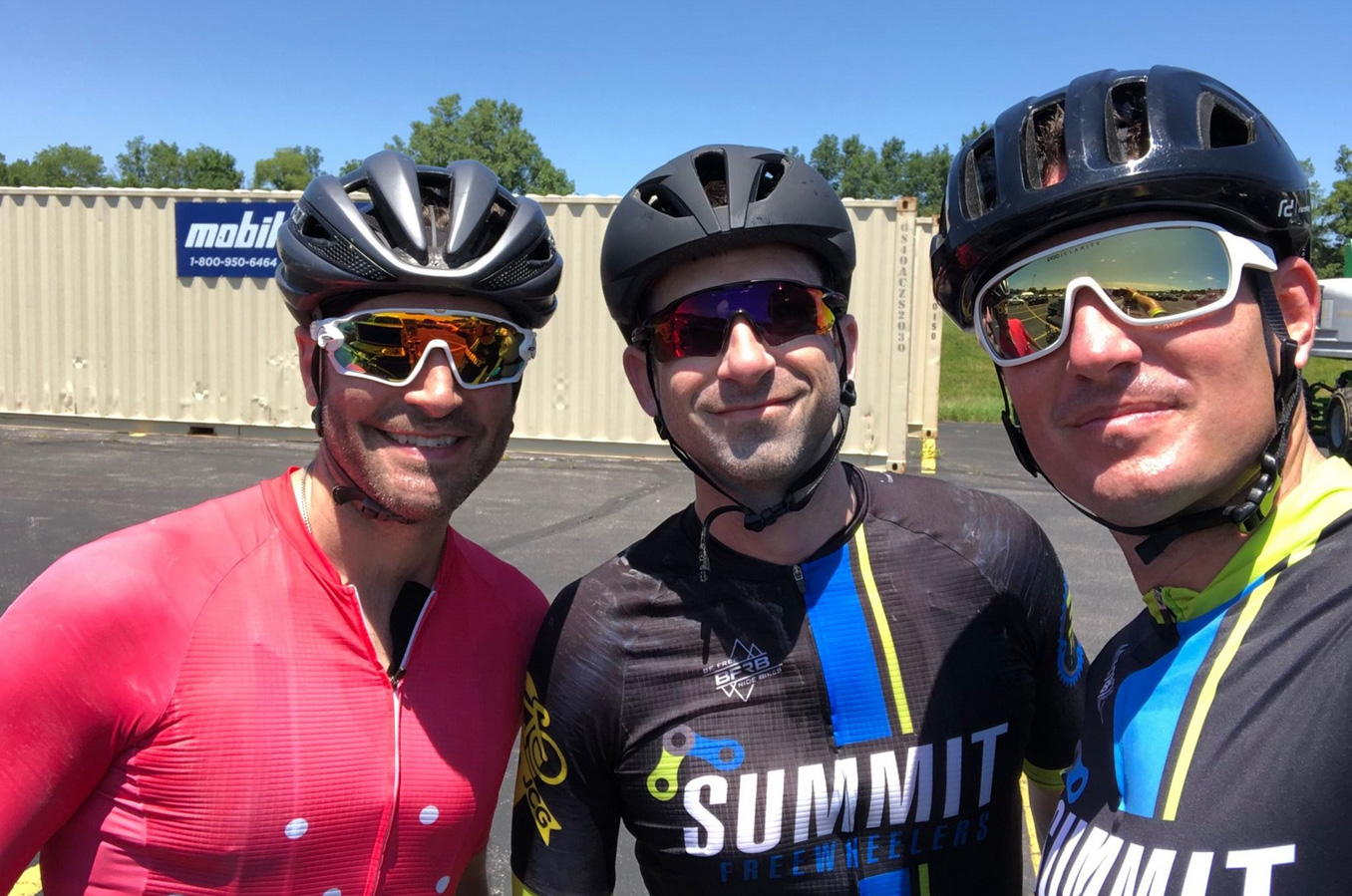 Matt (on the right, above) races for the Summit team and is trying to convince me to do Time Trials. Um, we'll see; I do like the suffering! That might require a TT bike . . . Mary.