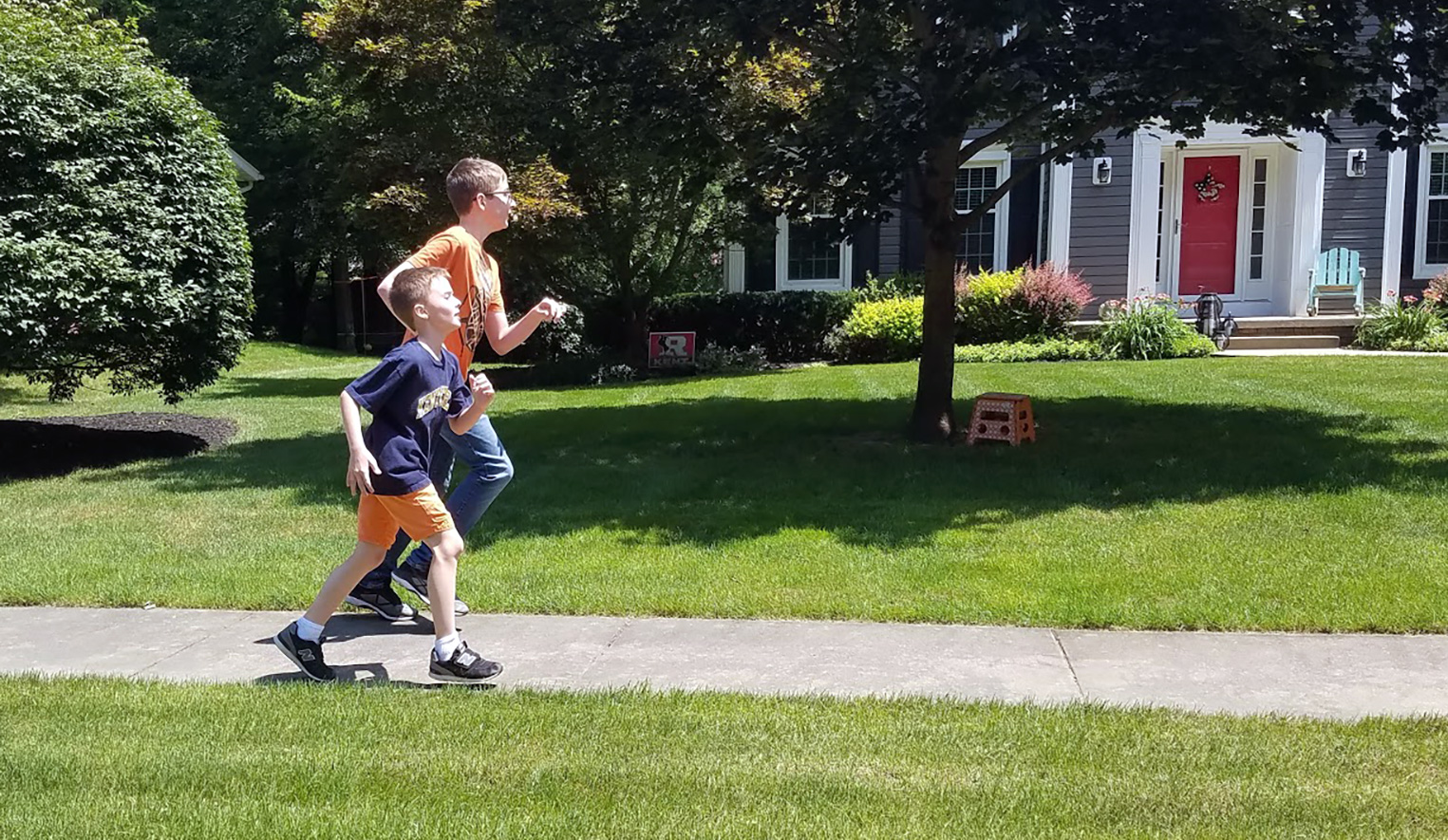 The boys wanted to run around the block after lunch. I had previously challenged them (Jack) to run the longer side. The longer side is a full mile compared to the 0.6 he had been doing. Luke had to go with him. 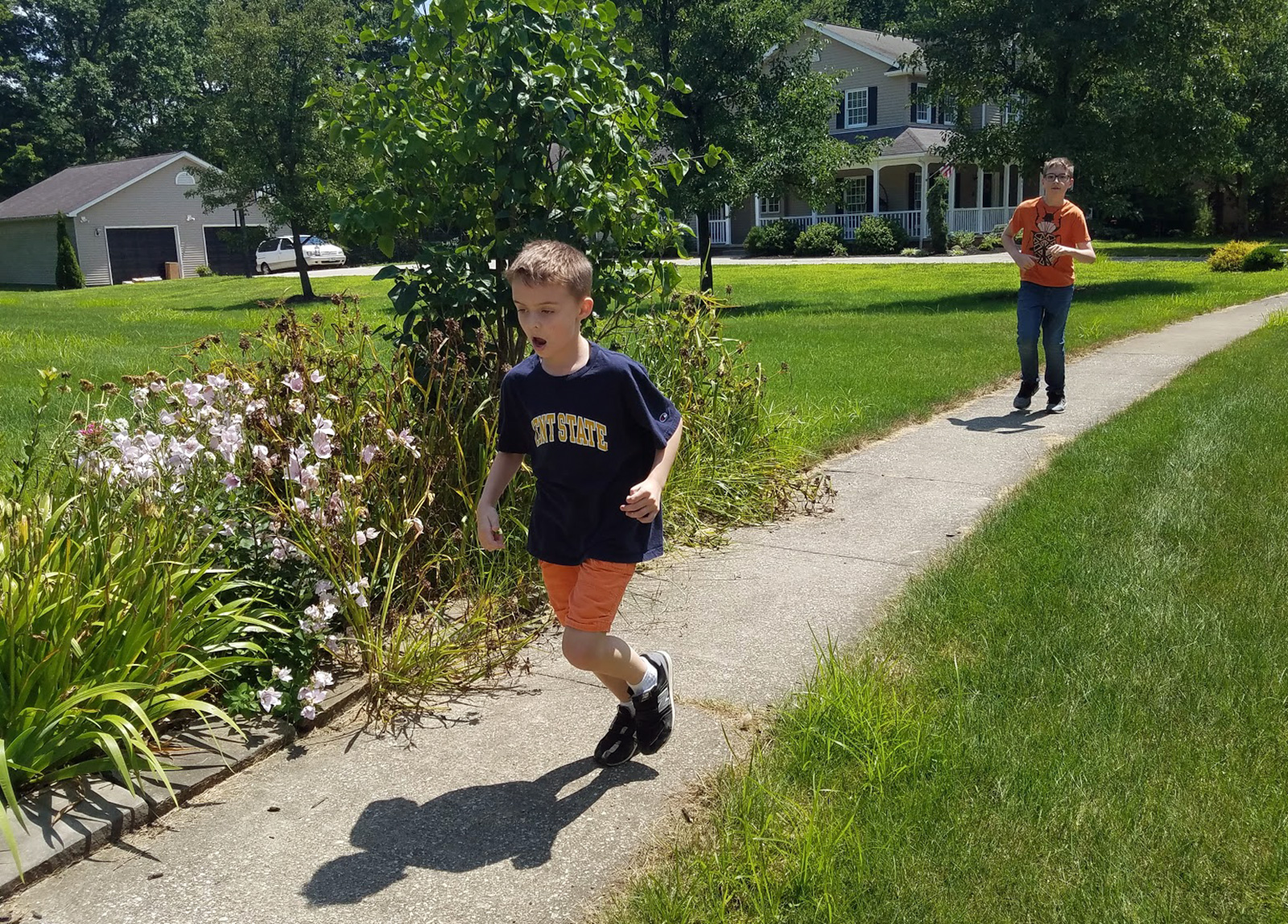 Luke lead the entire way even with my warnings about pace. He struggled to finish at the end but the first 0.9 was amazing. 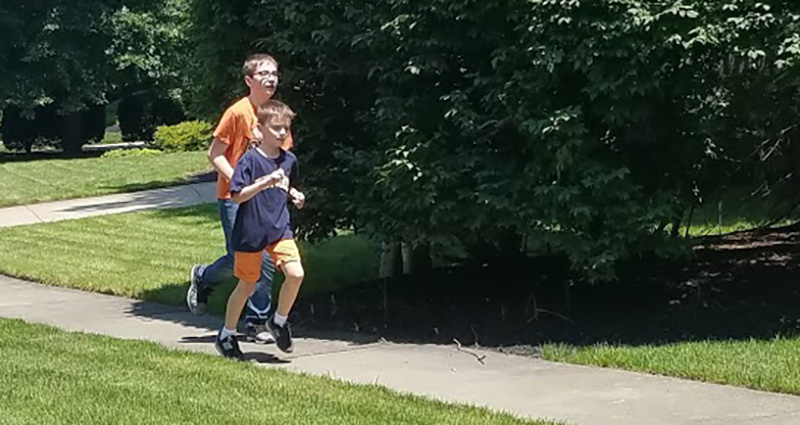 Luke has not been doing this while Jack has been going out fairly consistently. They both did VERY well.

Here's a little video from early in the run. Sorry about the sound of my bike when coasting.