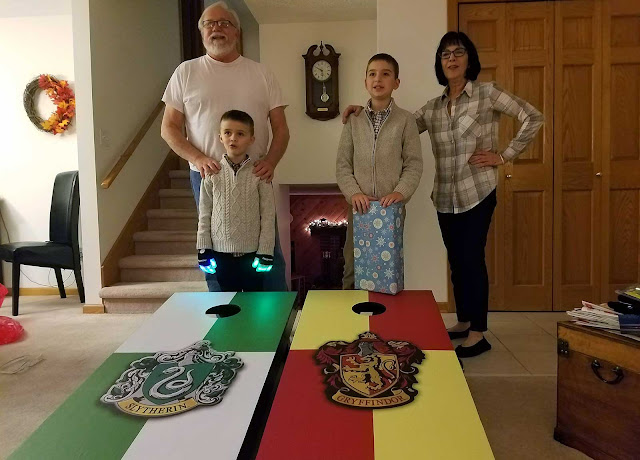 Our annual trip to Columbus for Thanksgiving and an early Christmas with Jack and Luke's grandparents (above) was a ton of fun. I took too many photos and movies so it's overwhelming to get through them. I'll start with just a couple and hope to add more during the week. 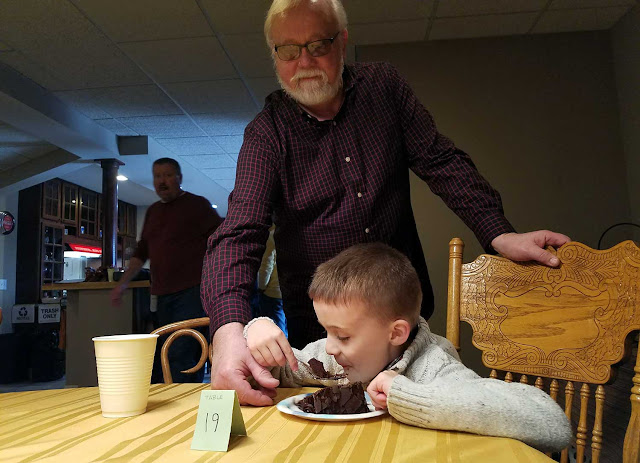 Above: Grandpa tries to take Luke's cake! It didn't work. Thanksgiving lunch is a huge event with 50 people. Jack is annoyed/amused that his 14 cousins are mostly girls. Below: He found at least one that was not. Great building, boys! 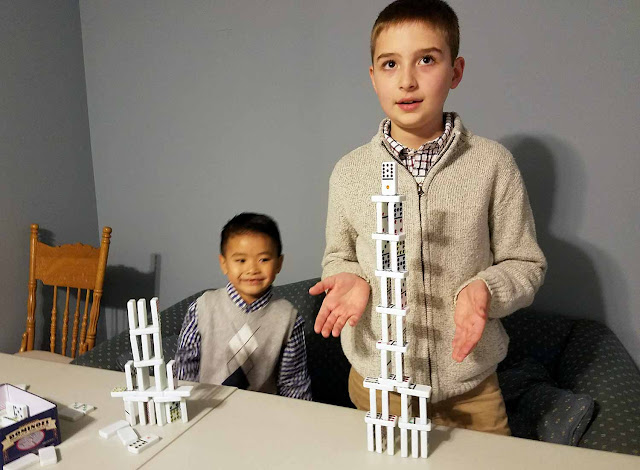 Speaking of girl cousins...Zoe was copilot as I drove the boys around the endless trails on Uncle Jon's property. She was a great navigator but a horrible photographer. All the photos she took of the boys were actually trees and grass. 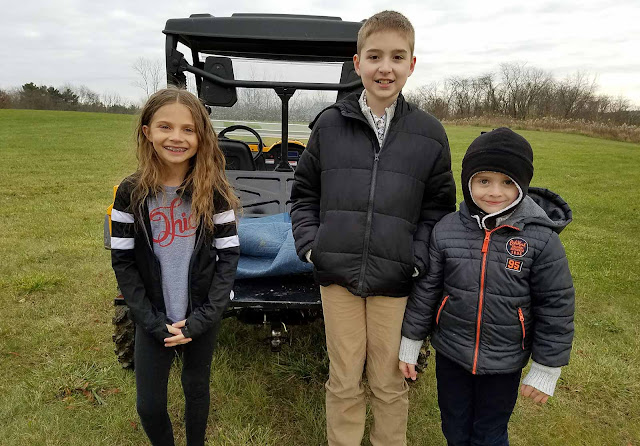 The Corn Hole game you saw in the first photo was made from scratch by Grandpa. They are AMAZING. The boys were floored. Do you know which Hogwarts Houses they represent...the boys two favorites. Better yet, do you know which boy likes which houses? Catness played her own version of Corn Hole when we got them home!

More photos throughout the week.