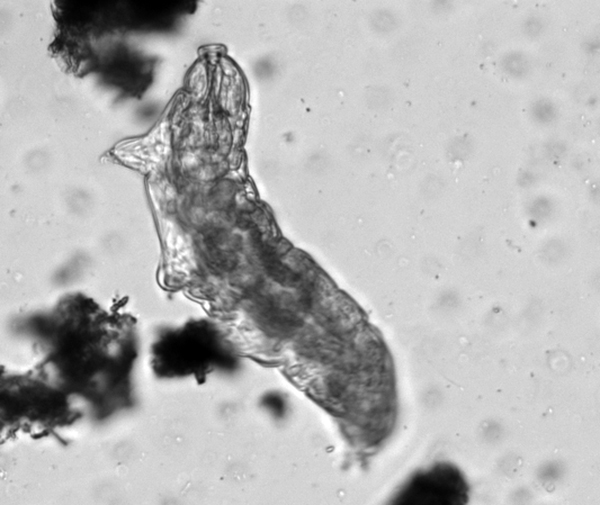 Tardigrades are water-dwelling, eight-legged, segmented micro-animals known as the most durable creatures on Earth. Tardigrades, also called “Water Bears,” can survive radiation, boiling liquids, massive amounts of pressure of up to six times the deepest part of the ocean, and even the vacuum of space without any protection. A 2008 study published in the journal Current Biology found that some species of tardigrade could survive 10 days at low Earth orbit while being exposed to a space vacuum and radiation. BBC Earth has a great article on the so-called Moss Piglets. We decided to find one. 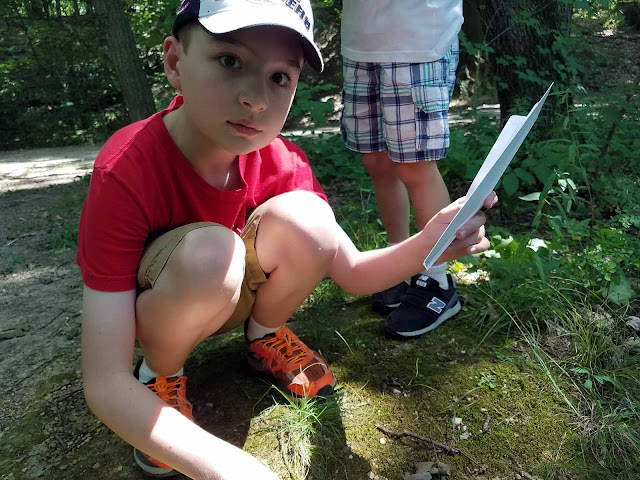 Jack and Luke were so excited about this it made me warm and fuzzy inside. We did a little research and discovered that tardigrades like wet, mossy places. We mapped out three locations to collect samples and headed out. 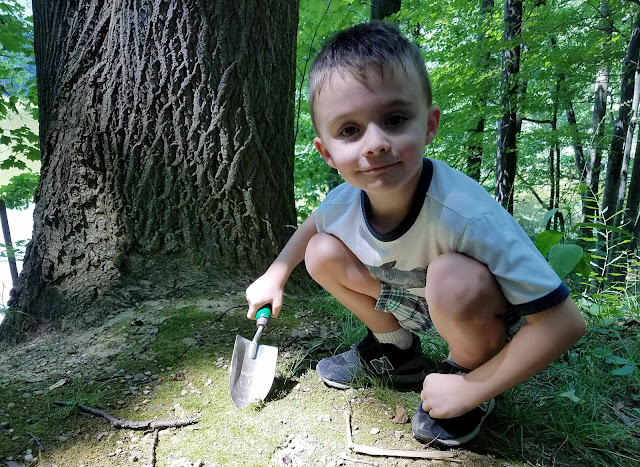 Here is a video of the trek to site 1 and 2. Camera problems prevented us from filming site 3 at Towner's Woods.

I'm not sure what is going on with Jack in this photo. He was in charge of the equipment bag and it was difficult to manage. A tardigrade could do it like a pro. 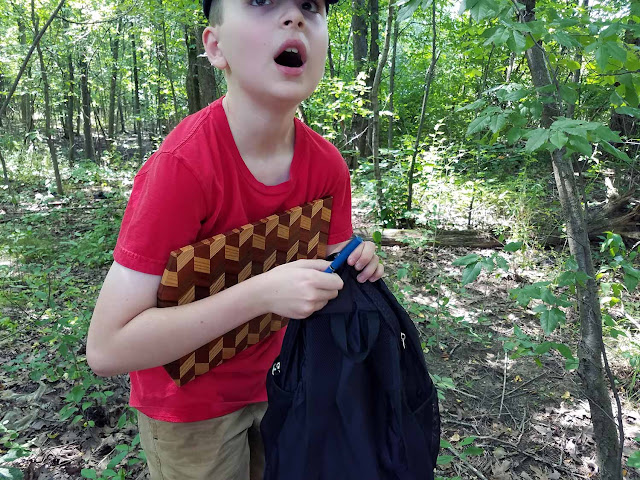 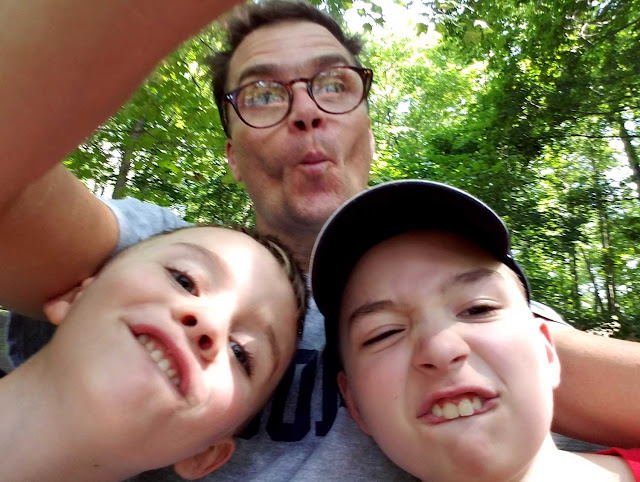 We had to get some distilled water to moisten the samples and wake up the water bears. 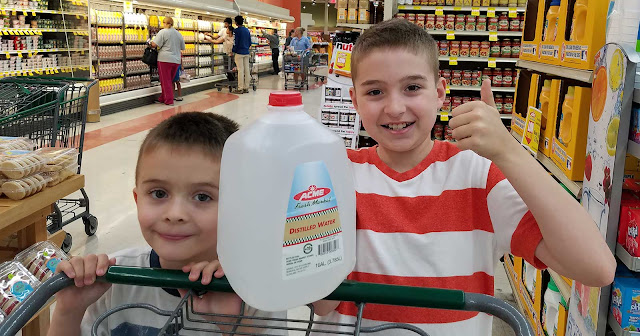 Back at home we prepared the samples for the trip to the lab the next day (this morning!). 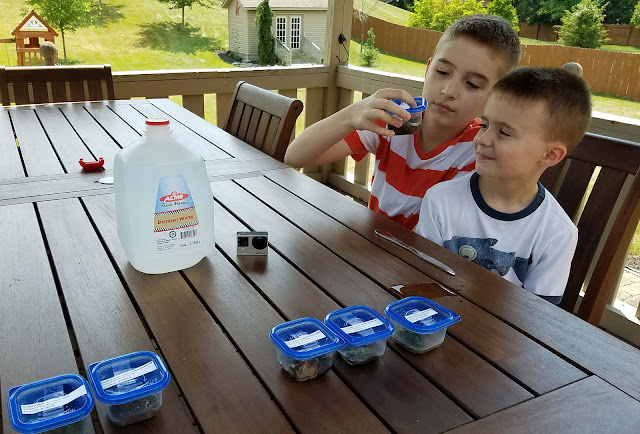 Dr. Model (below) and Dr. Blade were very generous with their time and equipment. After 1 hour and 20 minutes of searching our samples we found “Wally.” 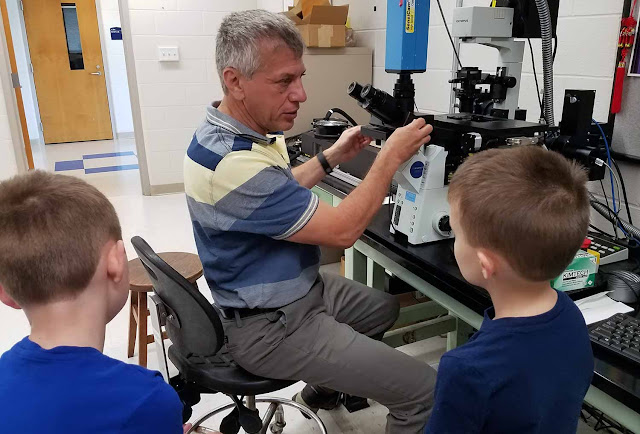 Initially, Wally was hiding behind some debris but Luke helped spot him! 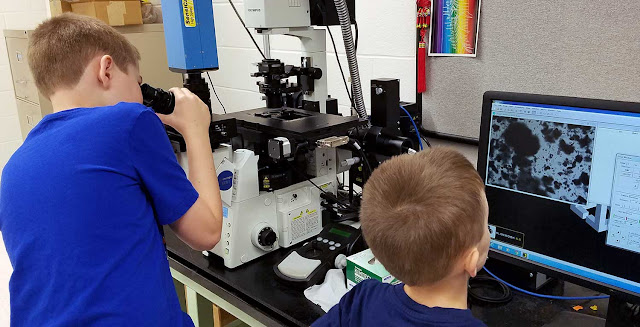 Both boys were given the freedom to use the microscope. 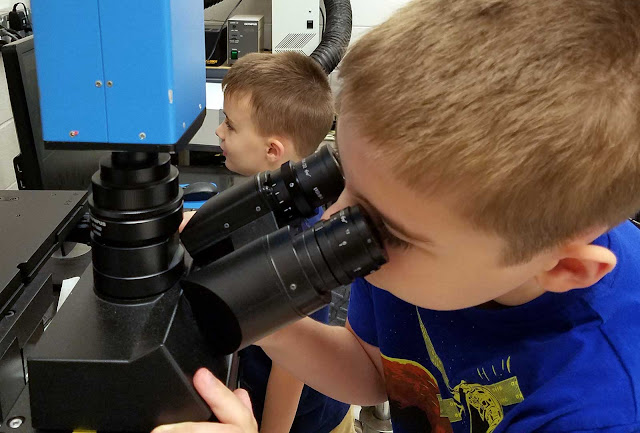 They got a taste of what it takes to find evidence. 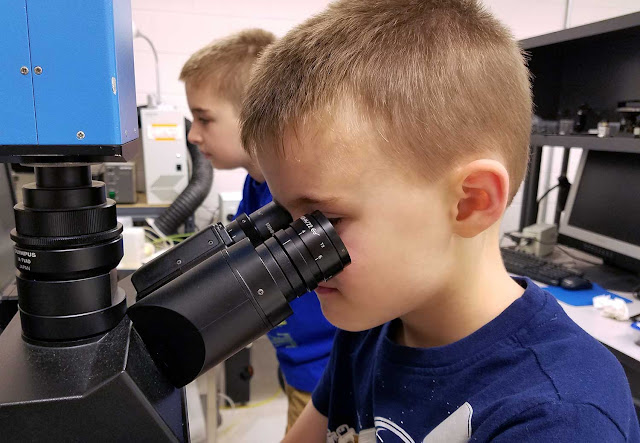 The below photo was captured this morning at the Kent State University biology department. Found by Jack and Luke! And a little help from the biology Faculty. 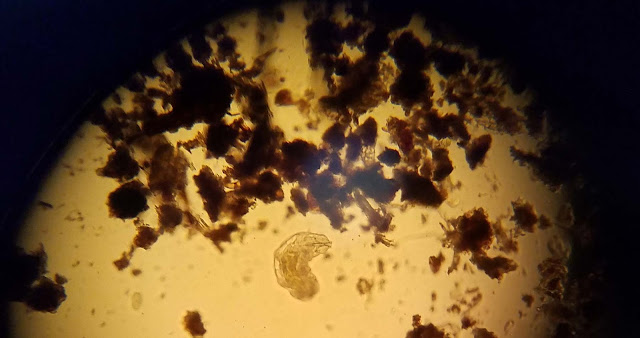 We were able to film Wally once we isolated him.

The proud tardigrade hunters had a solid taste of science in the field. Jack now considers the cut on his arm from site 1 a badge of honor. Luke is took ownership of his mad microscope skills! 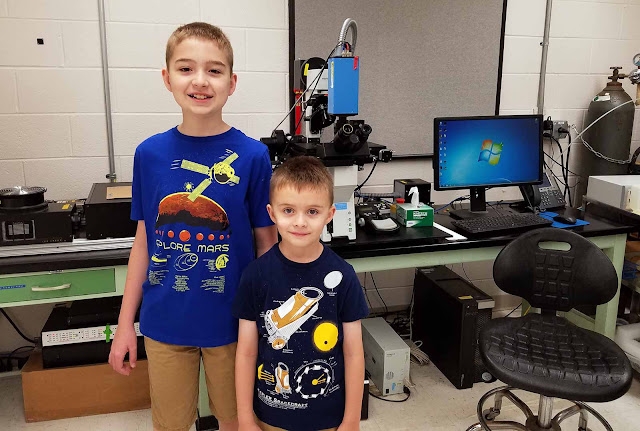