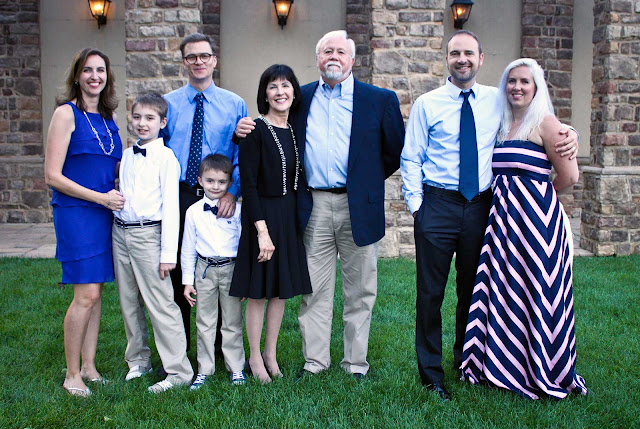 Mary's cousin Jayne got married last weekend. They had a fantastic wedding. We are now the middle-age couple and suddenly all these newlyweds look so young! Above: Mary, Jack, Me, Luke, Grandma/Marilyn, Grandpa/Bob, Uncle John (Mary's brother), and Kate (John's wife). Below: Jayne and Frank Myers. 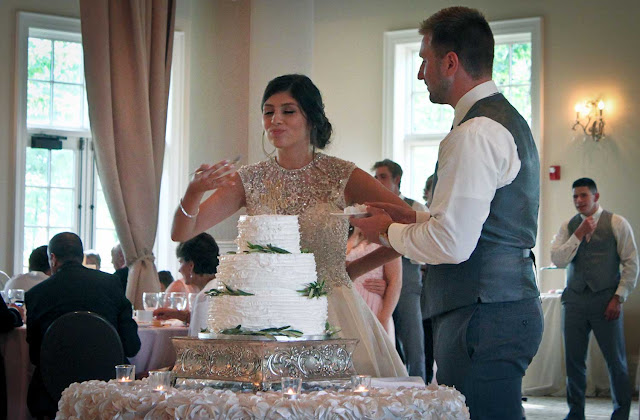 Mary reminded me that Jayne is to her what Bruce/Caitlyn Jenner is to me. I still find that amusing. Below: A golf cart picked us up at the car. Well, some of us. Waiting for the service to start.

Below: Mary's uncle John. I try to see him when we go to Columbus but it's often hard to do. He's as amicable as he looks. We pressed him on the number of times he's been to Disney World. The actual number is about 150. No kidding. Funny enough, the wedding had a strong Disney theme. The groom asked the bride to Mary him at Disney. 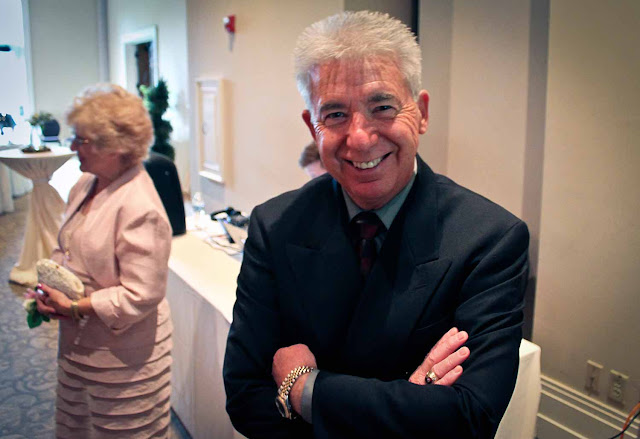 Below is Mary and her Aunt Marsha. Marsha is John's (above) wife and used to give me a hard time when Mary and I started dating. Oh, wait, she still does. 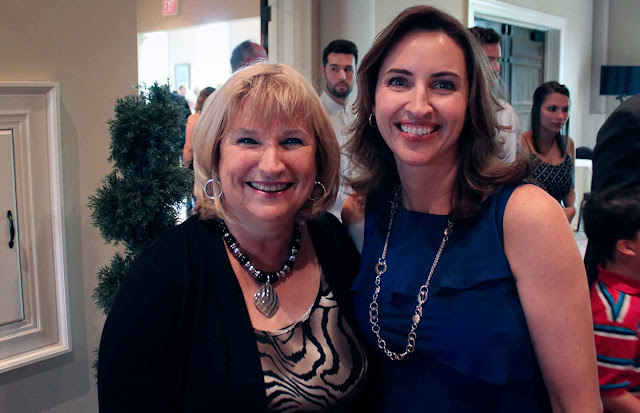 A future album cover called "Wedding Photo Crashers." We had to move as the wedding party (in background) moved our way. Luke wanted to photo bomb them. 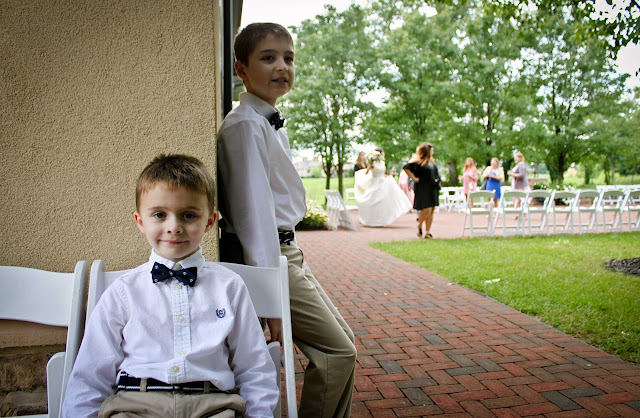 Grandma talking with the boys at the reception. 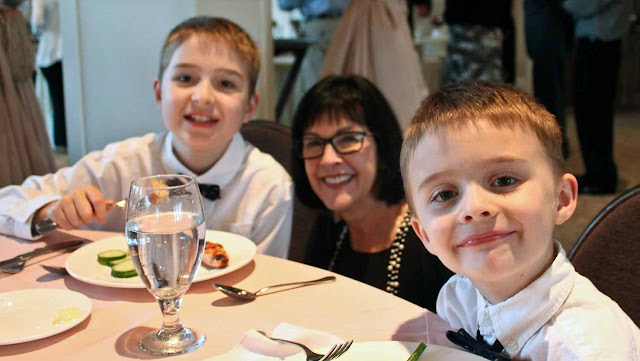 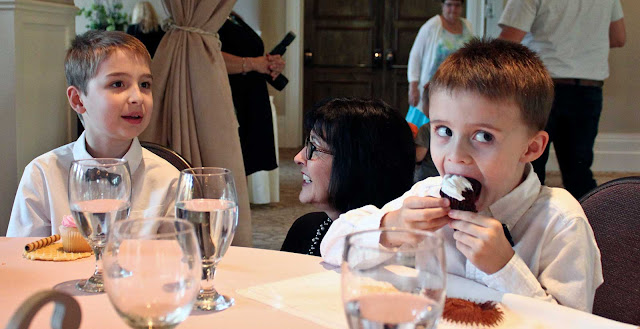 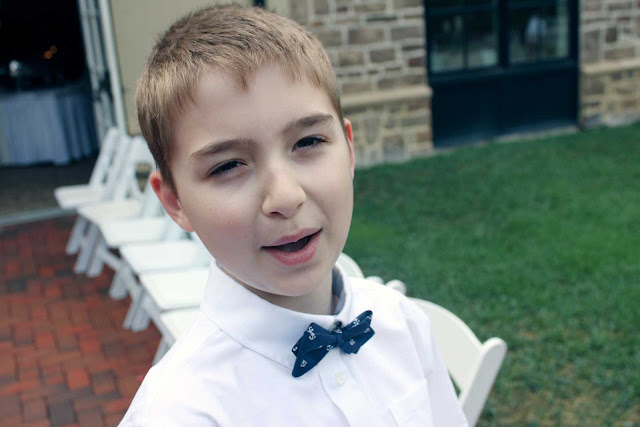 Below: Luke, Man of Action! 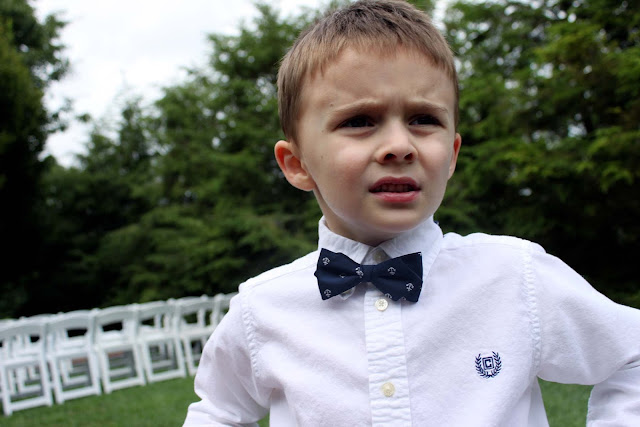 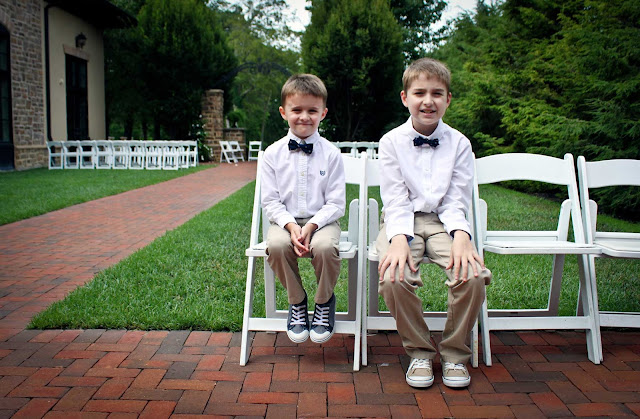 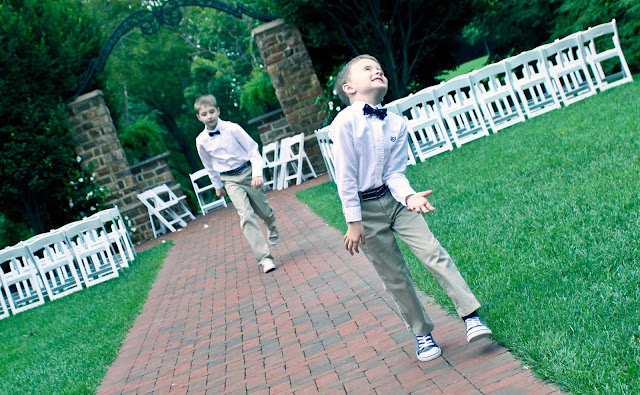 Headed back to the car. 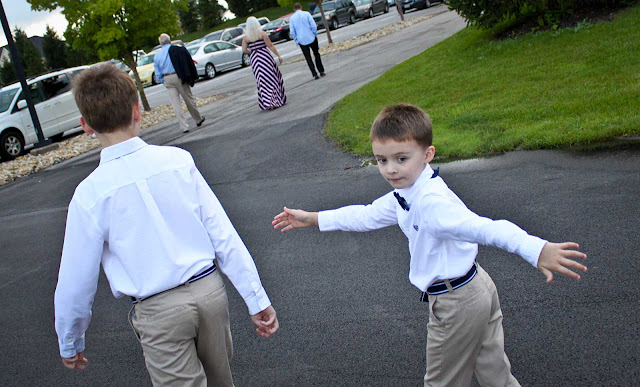 Below: Mary, don't reprimand me for posting this one but it represents Luke's new fascination with the camera. He took hundreds of photos with my camera; huff...mostly passing cars, factories, and his own face. I used this one because if this is what he sees all the time then he's a lucky boy. 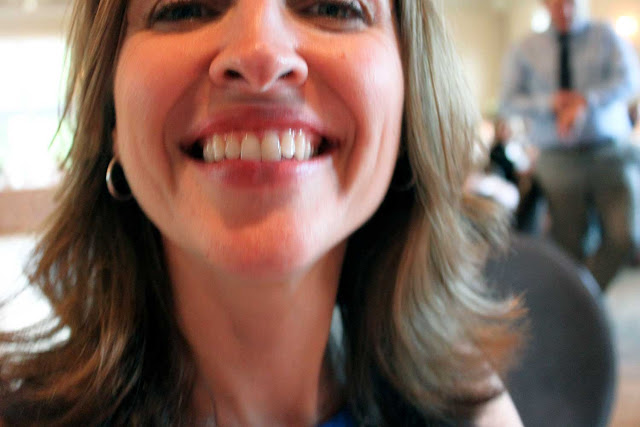