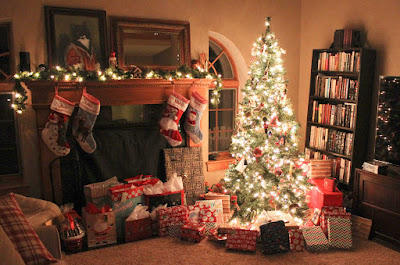 A night shot of the tree. I thought I heard something suspicious but it must have been Santa delivering packages. On Christmas Eve (below) we had our annual Toepfer Feast. 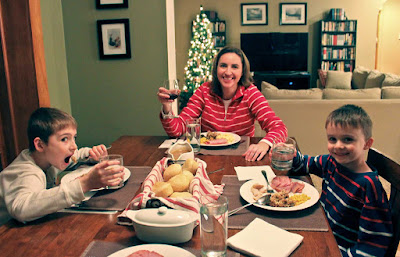 The traditional game of choice was once again the Settlers of Catan. 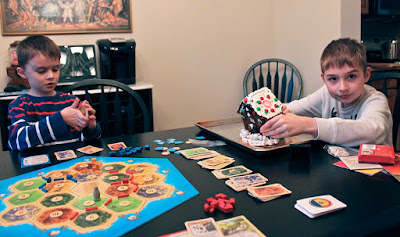 This year the boys made an alliance against Dad. 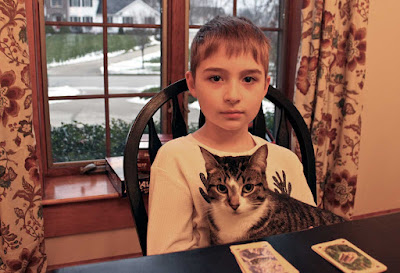 I'm not sure if Jack's game face was for Catan or the Gingerbread House. 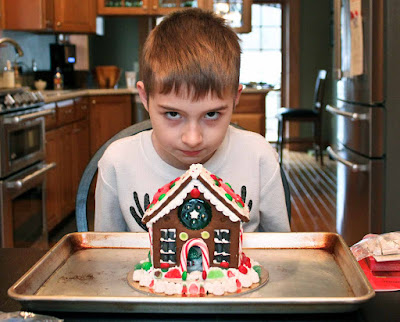 Then there was the bath. Peter the Shelf Elf brought the boys colored bath tablets. They put them all in one-by-one. That means black. Gross. 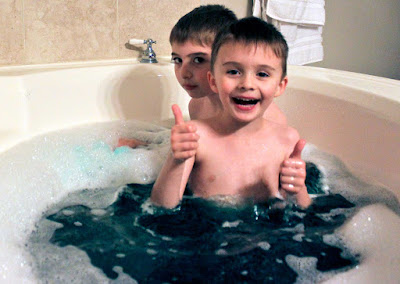 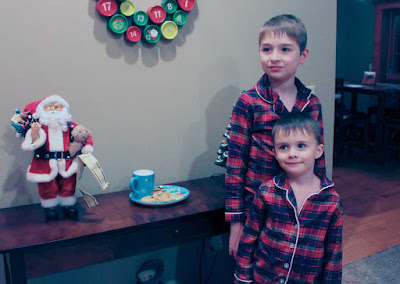 In the morning the boys were absolutely thrilled. 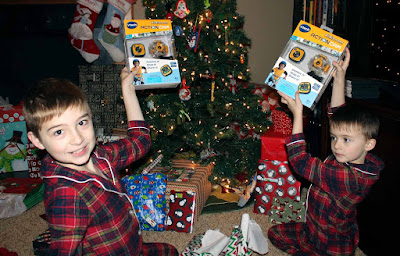 Jack stopped to take a look at his graphic novel series, Amulet. 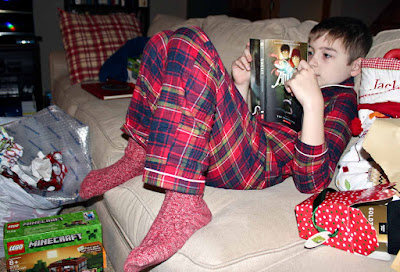 Later in the morning they played with their new clay for what seemed like hours. 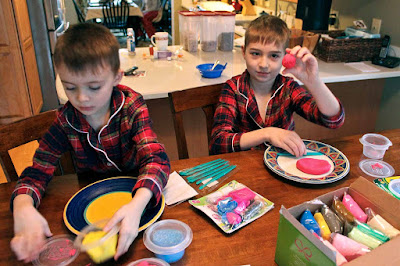 It was an immensely satisfying year. Now its cleaning and regrouping.