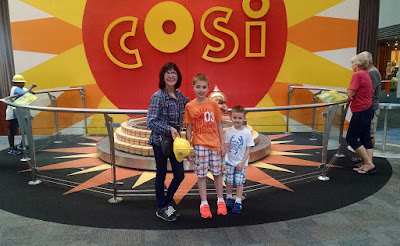 Mary and the boys are in Columbus while Dad slaves away at home. Today they went to Cosi and has a blast. I really  wish I was with them. Below: Jack slays a dragon in the video game exhibit. 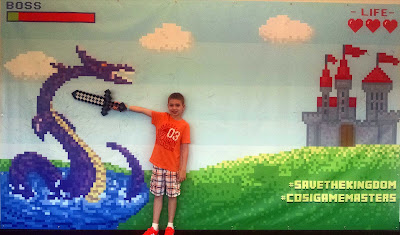 Apparently they loved the diner. In the below image the Beach Boys were playing in the background. 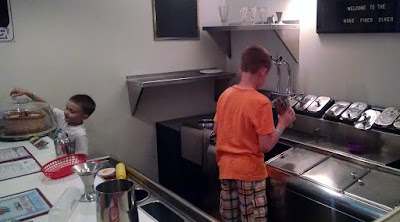 The whole world is in your hands (it was the obvious thing to say!). 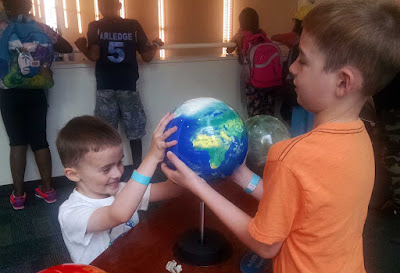 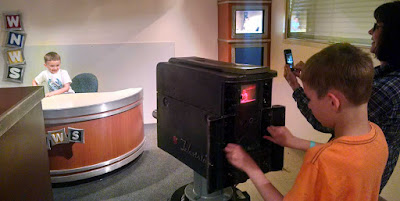 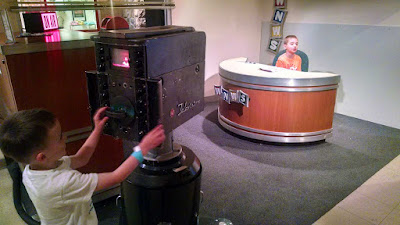 No Luke, not the new Cosi wing! 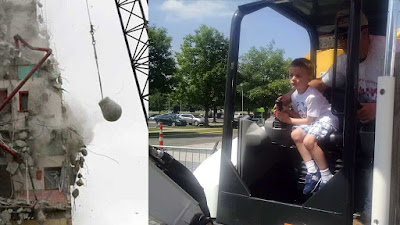 The boys with Mom. 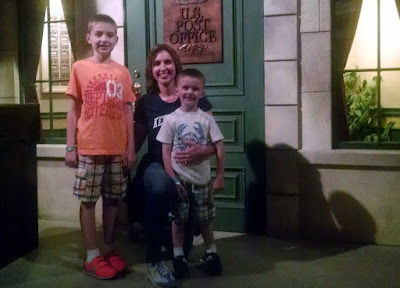 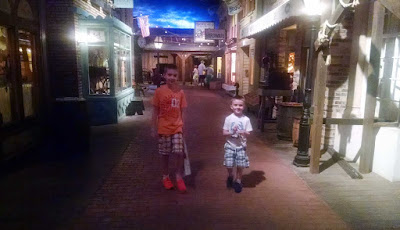 The boys with Grandma with the Columbus skyline behind them. 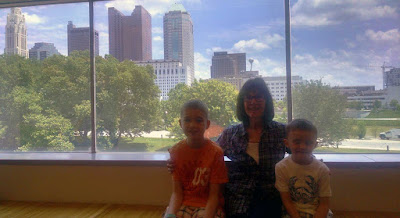 There are more photos of other things they've been doing. Mary's Facebook page should have those. I'll post more later.