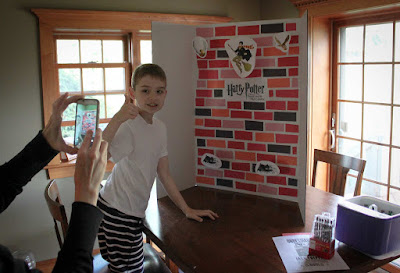 This is phase 1 of Jack's book project. He chose Harry Potter: Prisoner of Azkaban for his project. On Monday the kids had to present a poster design. The images are "floating" on fishing string. Below is the shot the teacher took to send to all the other parents to show them how to do it! 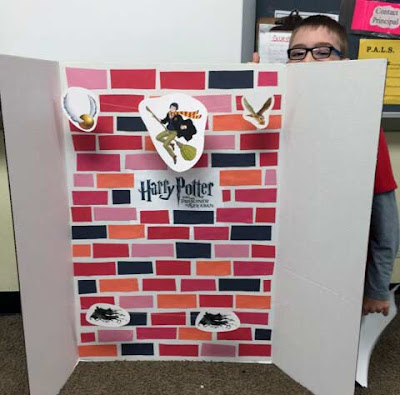 The brick design is taken from the Diagon Alley scene in the book and depicted below in this clip with Hagrid.

The below wanted poster based on the movies will go on it the board. Click to enlarge. 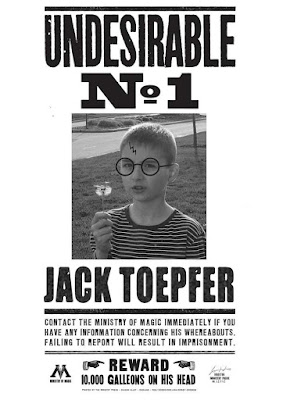 The below image is a rather large map of his school. Jack won a contest enabling him to take it home when they were done presenting it to the principal. Just as well; his group was all out sick so he had to present on his own. We're working on converting it to a Marauder's Map. 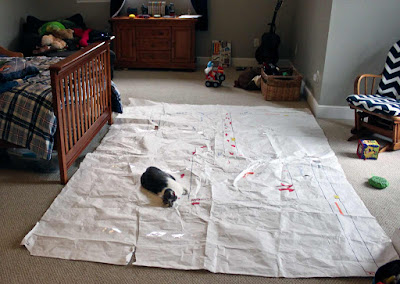