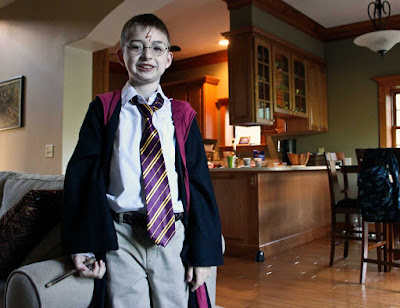 Today Jack turned 9 years old. It's hard to believe...two more year's and he's eligible for Hogwarts. These shots are prior to school where he had to present his poster on Harry Potter. I think he's casting the flipendo jinx on me! 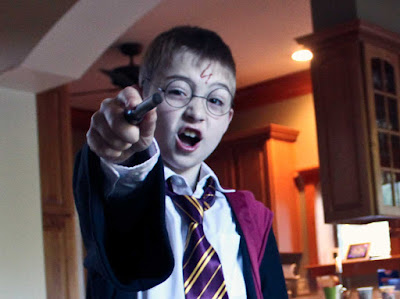 I went to his school to find out Jack was not the only one dressed up. I think that's Faramir from Lord of the Rings behind him with the sword. The wand attack Jack is using in this shot was, unfortunately, the Levicorpus spell. Figures. 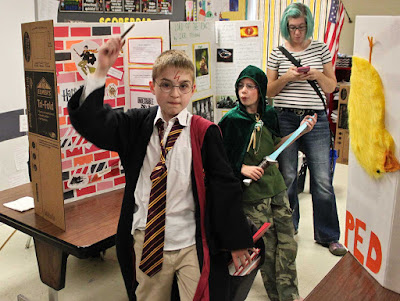 Below: After school we found Jack's Honor Roll certificate crammed into his backpack. We're so proud of him. 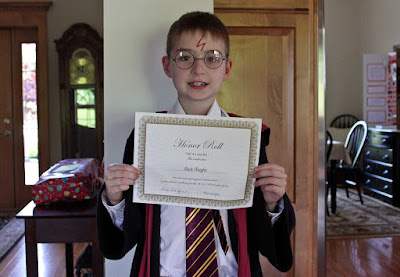 We're equally as proud of his art work.

I almost missed this shot of Jack blowing out the cake. It was an extended arm shot. The boys then inhaled it. Oreo is the household favorite. 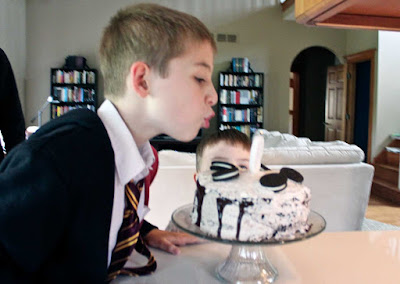 We then opened gifts. The greatest part is he just didn't want to take off the tie and robe. 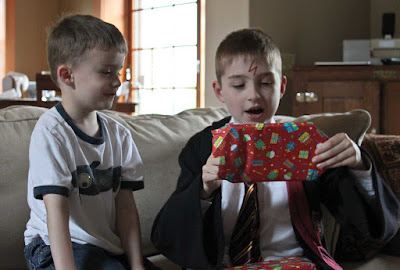 Here the boys log into the PS4 with facial recognition to enjoy a gift. It's more of a dance or like street pigeons spotting a french fry falling from a harried workaholic. Instead of competing for the hot fry they jostle for position inside a small box on the screen. It either leads to laughter or a gang fight. 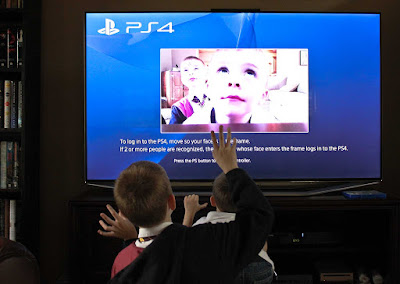 The party with friends is this weekend and will finally signal a slowing pace to what has been a very busy semester. Nonetheless, happy birthday, Jack! We love you!