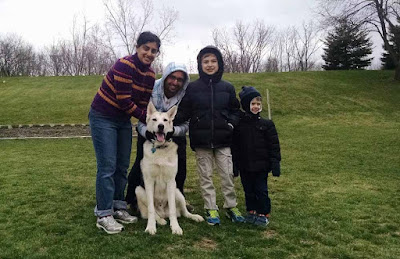 On the first day of the new year we hung out with Santokh and his family. Above are two of his kids with two of ours and their new dog - Roger. This big husky is less than a year old and weighs about 90 pounds! He tackled Luke a couple times as they ran around the yard but he's a well behaved dog. He's actually been trained to go to the bathroom behind that hill (background above)! 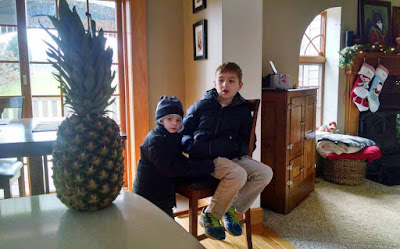 We brought over a pineapple. The pineapple has a mysterious origin and has been used as a symbol of hospitality and friendship. Not bad for a prickly fruit! When we got home both boys crashed after a late night. Jack was met at the door by Catness and immediately planted himself on the foyer floor. 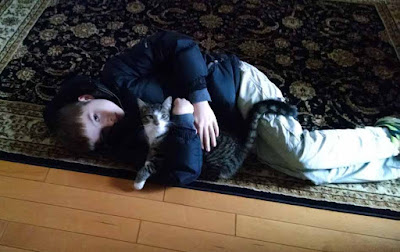 Tomorrow it's back to school for Jack and work for Mary. Time for Luke and I to party!