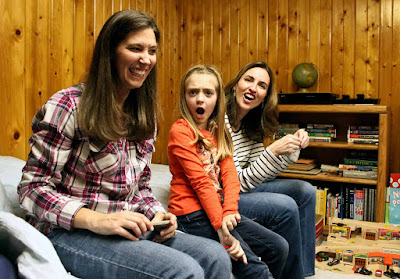 Thanksgiving 2015 was a lot of fun. We visited Grandma and Grandpa in Columbus for a few days. It was one event after another. First we visited with Mary's friend Kelly and her kids. Above: Alexis seemed to be absolutely shocked that I was taking pictures. Below: She puts some homemade glasses on Luke. 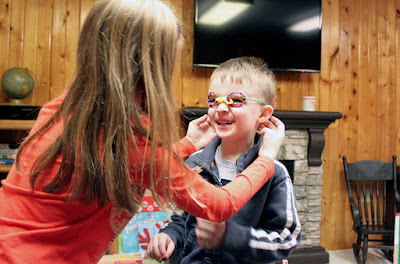 Below: Thanks, Kelly! These will work nicely on our perfectly awesome sleigh ridding hill. 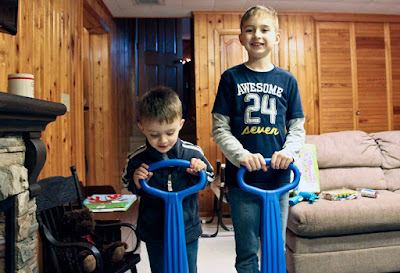 A day without playing on the swing would just be wrong. 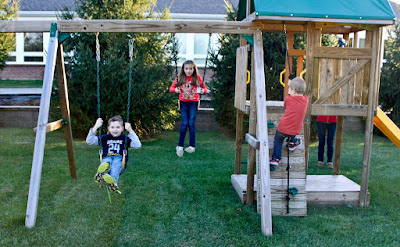 Below: From left-to-right is Cole, Alexis, Luke, Jack, and a creepy old man who would not get out of the shot. A shot of old friends...and a lurker at the bottom of the frame. 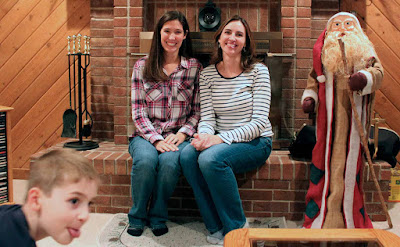 Thanksgiving dinner (below) was with 45 of Mary's closest family members. This is a shot of most of the kids. Odd that I remember it sounded like ten times that number. Jack spent some time looking for a quiet space. 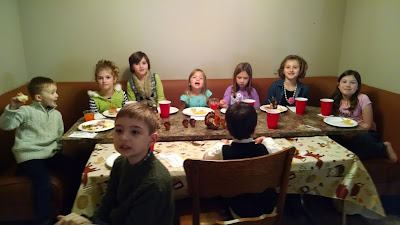 Eventually he found it in the hammock. Good things never last; Luke and I eventually discovered his secret spot. 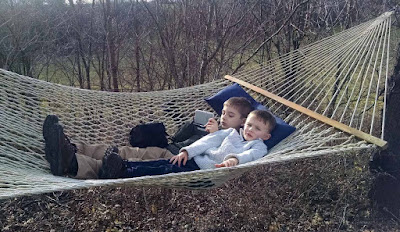 We then did a Christmas gift exchange with Jack and Luke's grandparents. 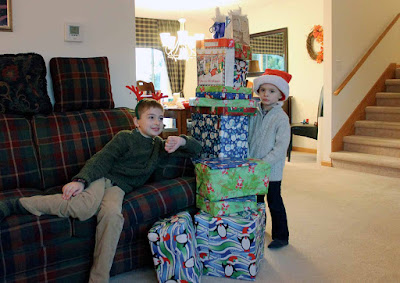 Once again, evidence of where the boys get those faces. It's not the creeper! 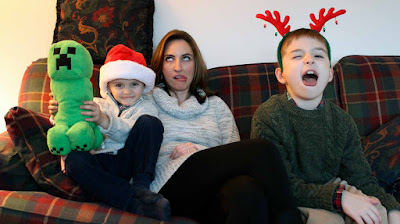 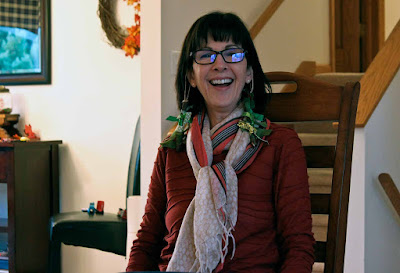 Grandma and the boys. 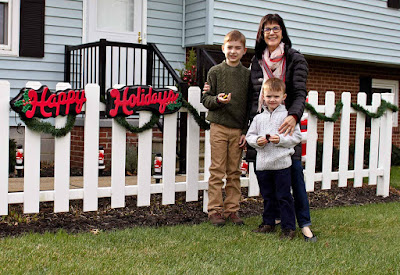 We also visited with the boy's great grandmother, Alice. She's 93! 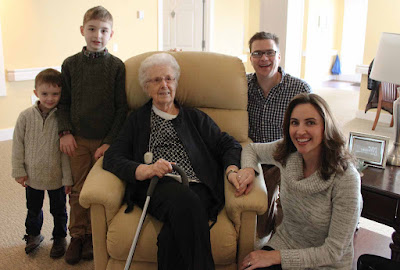 We hope everyone had a nice Thanksgiving!