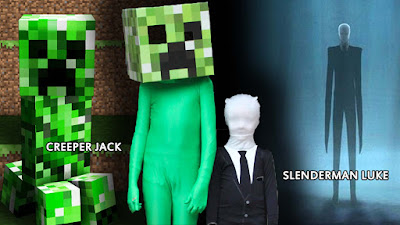 It's the age of computer game costumes. Jack went as a Minecraft Creeper while Luke was Slenderman. And no, Luke is not allowed to play the game but he discovered Slenderman and that's all it took. 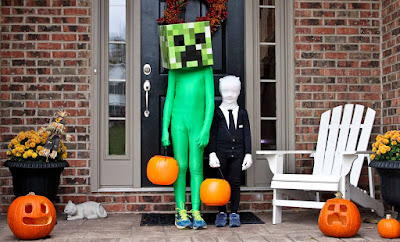 A wonderful Halloween; the first in the new neighborhood! 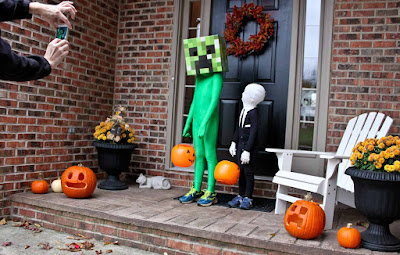 One neighbor set up their garage as a hunted house. It was a professional level experience! Jack loved it but poor Luke had a hard time. I would have filmed it but all my energy went into ushering Luke through the house of horror. They gave us the "Lights On" version for Luke and two little girls who ended up high-tailing it back out the entrance.

The boys probably finished 80% of our half of the neighborhood. It was a wonderful affair. One family set out entire dinners with a smoke machine for little trick-or-treaters. The orthodontist on the block (one of the two other Steves I met) handed out toys instead of tooth brushes, breaking with tradition much to the boy's approval. 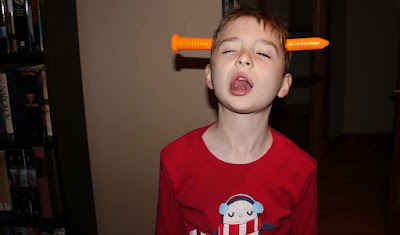 The boys were exhausted and cold by the end so we called it a night without tackling the front of the neighborhood. Now we have a good idea of what it takes to haunt the entire development. Look out 2016!