Weekend with Grandma and Grandpa 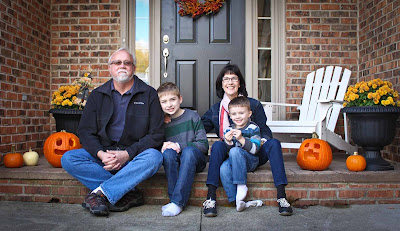 We had a nice weekend visit with Grandma and Grandpa from Columbus. 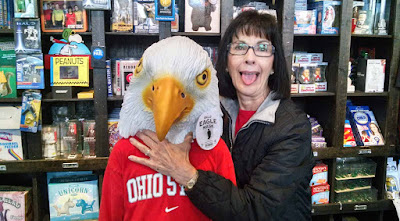 Above: Grandma restrains a bird brain child she found the the toy store. Below: Walking to brunch this morning. 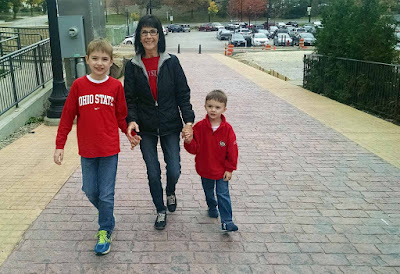 Today we carved pumpkins. The boys loved it but below Jack is appalled that Grandpa scalped the poor pumpkin. 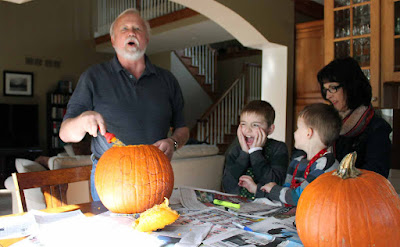 Mom took it in stride. 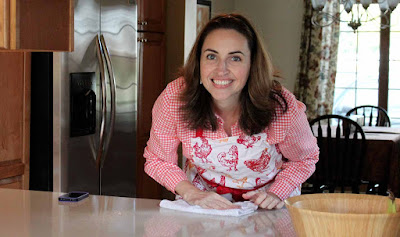 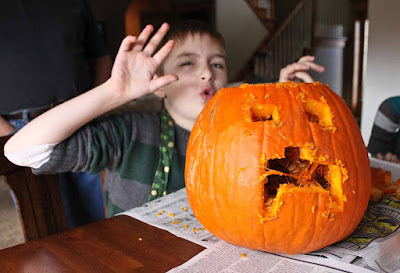 Luke scoops out his pumpkin. 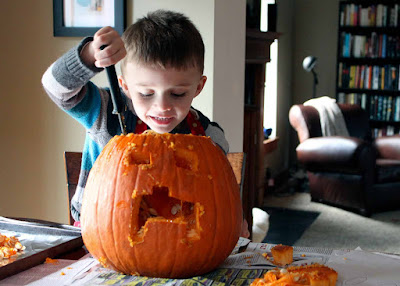 Only to make it puke in the below shot. He thought it was a riot. 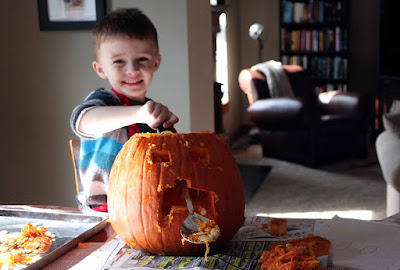 The below photo of Jack makes Jack look so much older than 3rd grade. 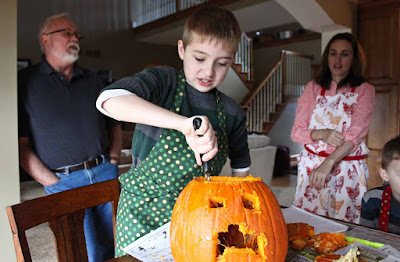 That is quickly corrected for with Jack's below attempt to look like his Jack-O-lantern. 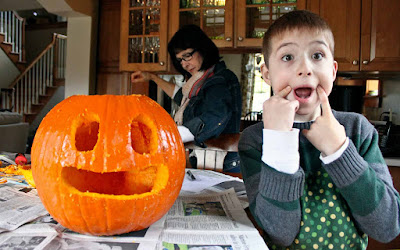 You don't have to look further than the next image to see where Jack gets it from. 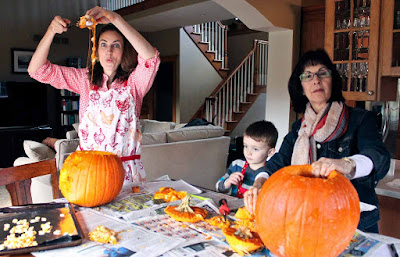 Or the next photo. 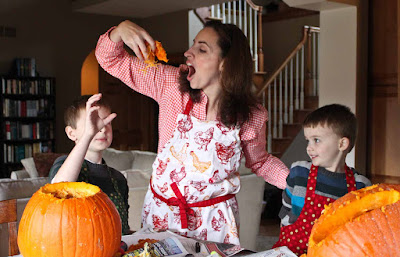 Of course this behavior seems to run in families... 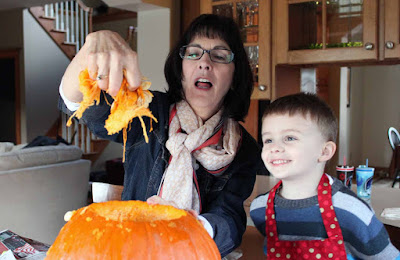 Then we have this little gem (below). Jack put pumpkin seeds over the eyes of a man in a newspaper article. The boys thought it was hysterical so here it is. 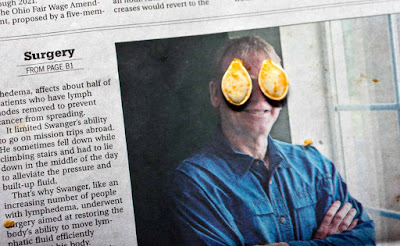 The obligatory shot of our guests at the iron squirrel statue in Acorn Ally. Silly family! 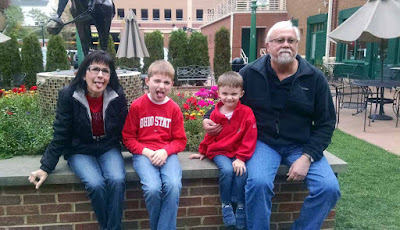 No idea what happened here but the boys attacked Mom.