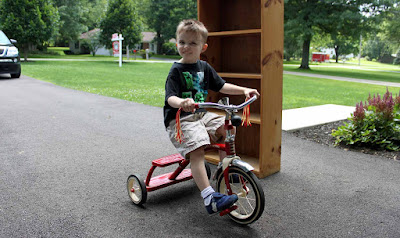 Why is there a bookshelf in the driveway? This is the before shot. I'm about to stain it while Luke zooms by on this bike. Below: It may look like he has brain damage but we're pretty sure he's okay. 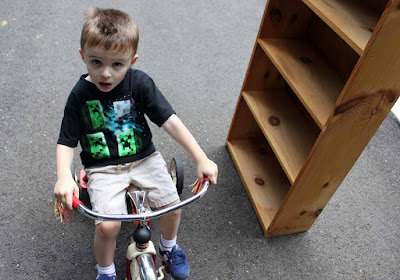 On the other hand...he does make a face is almost every photo as if he can't help it. Below is the after picture of the book case. Jack thinks it looks better. 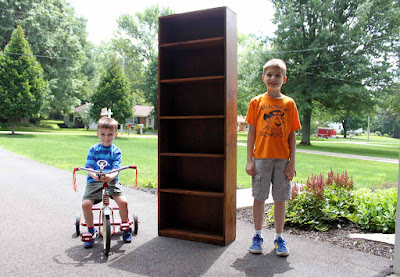 Tooling around the driveway...with a snow shovel. 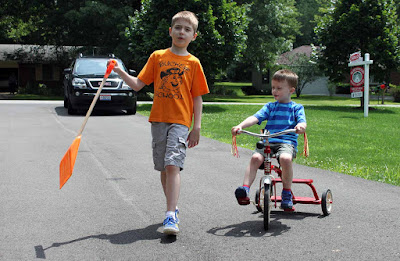 Below: Now that is brotherly treatment. Luke hardly had to walk which is fine because he has not been feeling well. Just a little fever but if it persists its back to the doctor tomorrow. 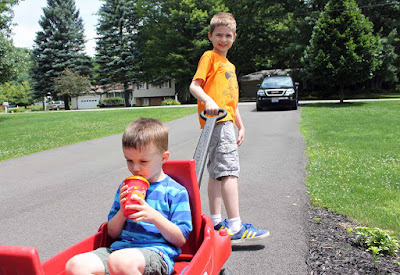 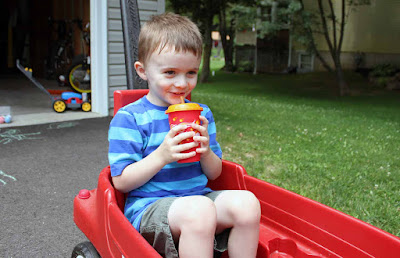 Below: We had a garage party while I stained another bookshelf today. The party included two bookshelves, a wagon, lots of bad music blaring on the radio. Who said we don't know how to have fun?

Later the boys enjoyed the computer together. 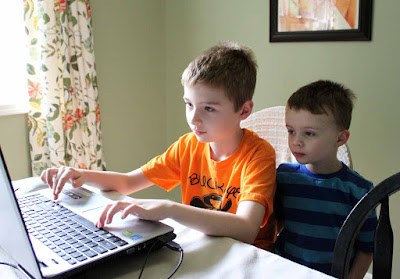 But the face below says, "Enough photos!" We'll see that face for many years. 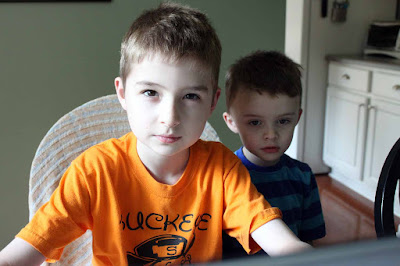