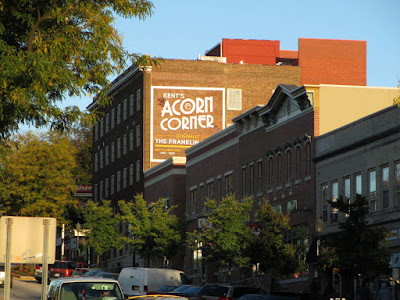 Friday Night Fun Night has been an event in our house for many years. Tonight we decided to start early and go to dinner in Acorn Alley. 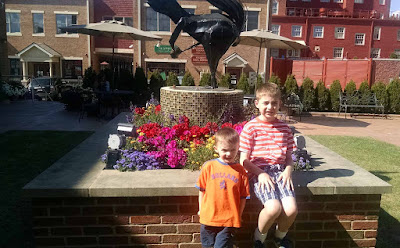 Above: The boys in Squirrel Square, or whatever it's called. You may not be able to tell but that's a squirrel behind the boys. Below: Eating at at Twisted Meltz. Dad had the Paul Warfield. Anyone who makes a melted sandwich of chicken wings is alright with me! 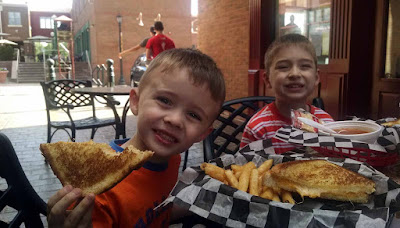 Below: The view behind us as we ate outside on the cobble stones. 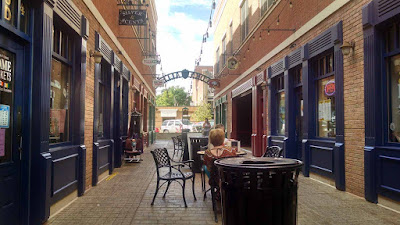 At the end of the ally above is Off the Wagon toy store. Luke had seconds with a rather large grilled cheese sandwich while Jack found a tubby tabby cat. 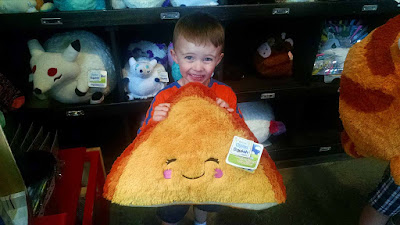 Meow! Let me tell you, the boys have been asking when we can get some cats...a lot of asking about cats. Hopefully that will be a future blog post. 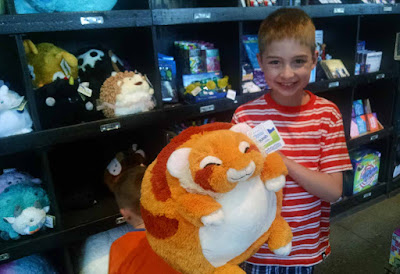 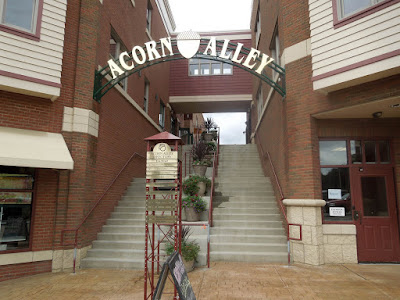 Even if we try a new restaurant each we we may never get to the end of them! Time for the elastic pants.