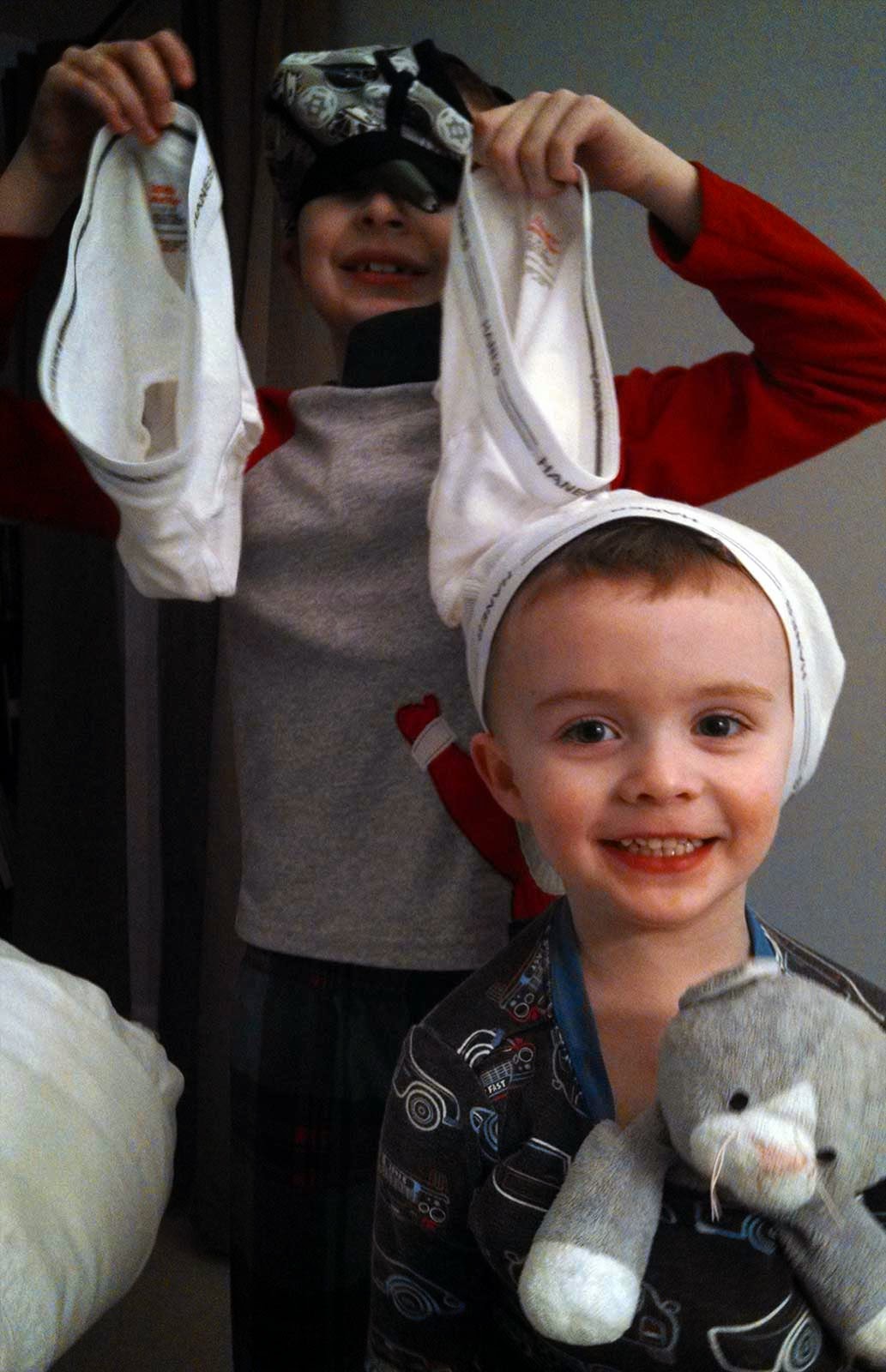 This is the type of photo that will come in handy later in life. At preschool Luke had a cystic fibrosis parade; all the kids played instruments and marched around the building. This is their version of a parade at home later in the day. Underwear! Hey Luke, we support a potty training parade. Any chance you're going to master that soon? PS: He's close.