None of you come here to read about running but this is amazing. John Troutmann, an old high school and college friend, continues to set records and amaze. Last weekend he set the age group 45-49 Masters World Record for the mile. In the process he beat the over-sized track and outdoor master’s record. He ran a 4:12.33! If any of you are considering a comeback or just want to read about this former Olympian read this article. Below: The Orange County 3200m. I think this photo is on lap 6. What John’s doing there is DRAFTING! He ran me into the ground on the last two laps but I hung onto second. Directly behind me us is Chris Egger and Mike Castillo followed by Ed Ackerly. 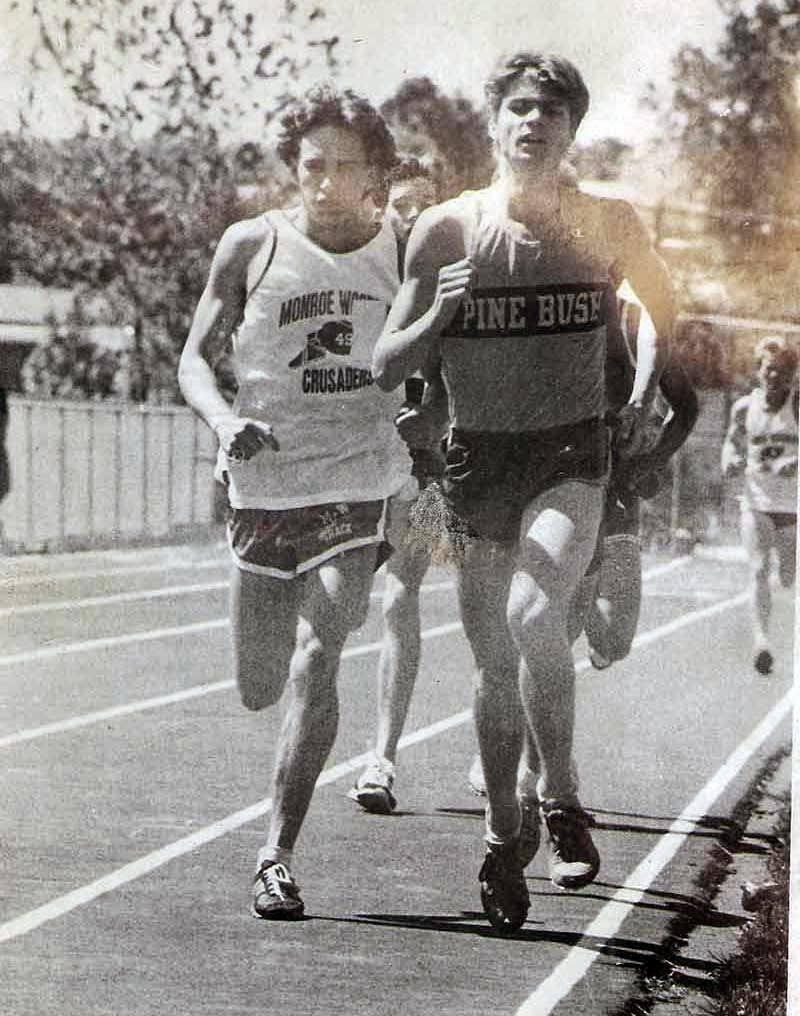 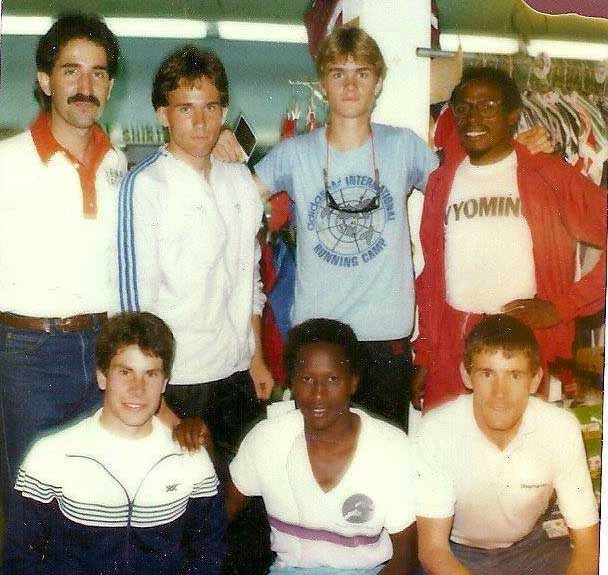 Below is a shot of the Penn Relays 3k start. Trout broke Steve Prefontain’s national record that stood for 32 years with a time of 8:05. As you can see, he got out fast while I got boxed in (I ended up 6th). Figures. We almost missed the entire race because we were warming up outside the stadium and it was a bear getting back in. I’m pretty sure they held the race because of John. In 2004 Galen Rupp broke the national record again with an 8:03. Both Pre and Rupp ran in an open race with older runners. Thanks to John the Penn Relays race is still the fastest all-high school race in US history. 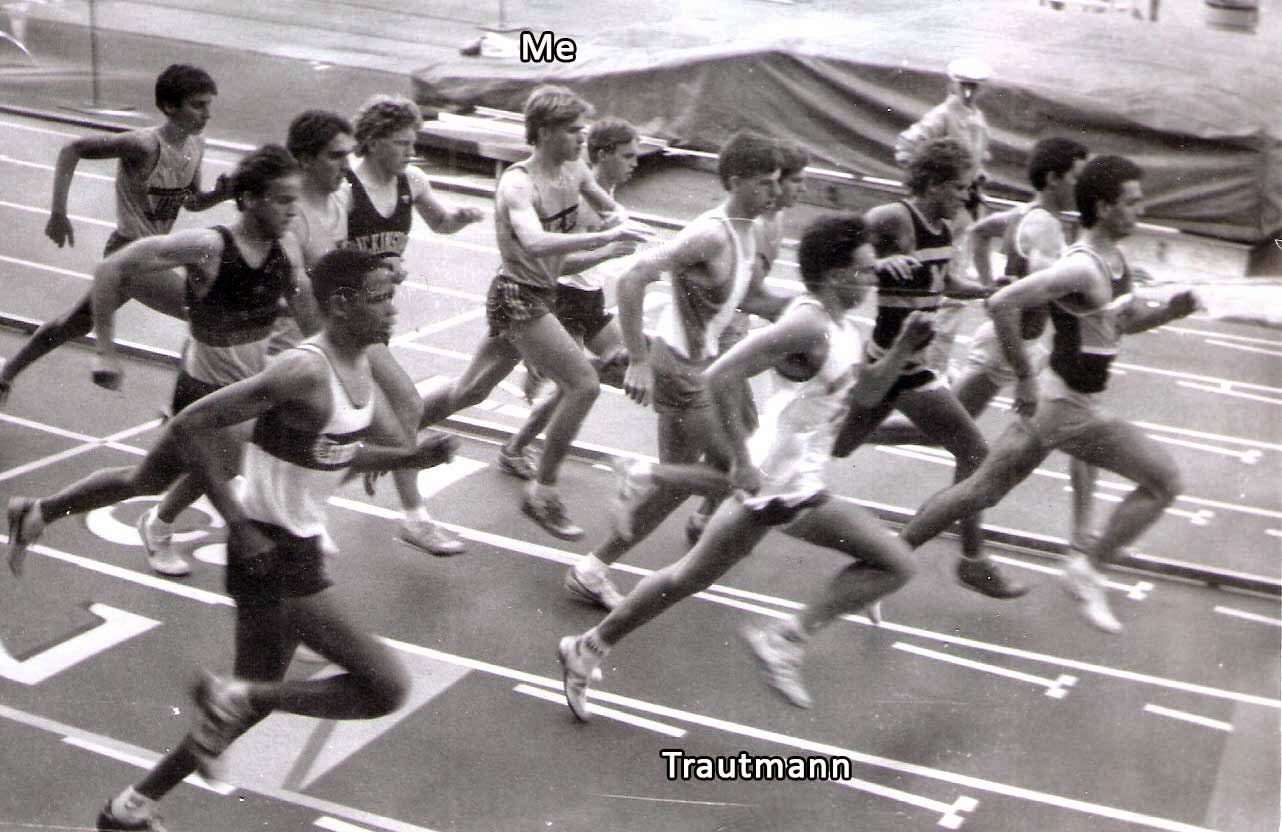 Below is a snap shot someone took at the 1985 New York State indoor track 3200m (metric two-mile) Championships. Trautmann is leading (right) and I'm in 5th. In order of finishing: John Trautman, Michael O'Connor, Me, TJ McArdle, Kerry Fly. 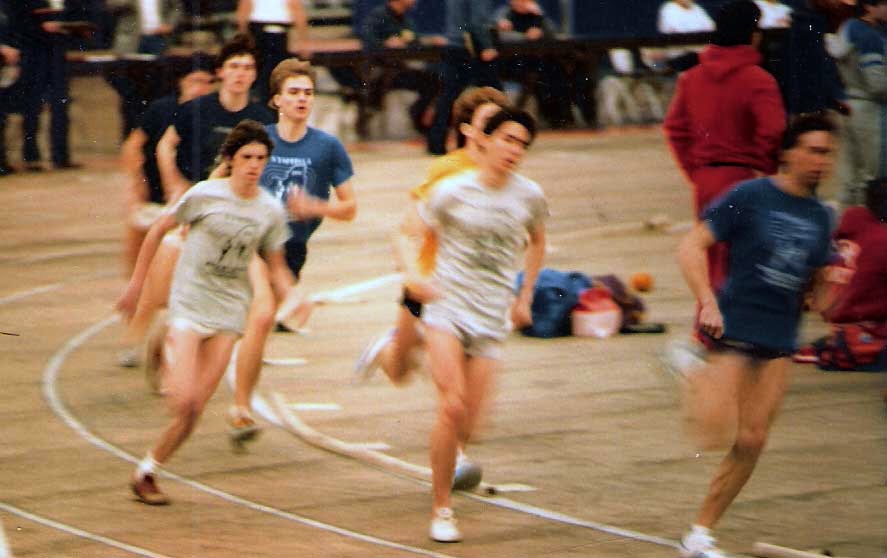 I can only reminisce about the old days but it’s nice to see Trout out there kicking butt.