Fortnight with a Bibliophile 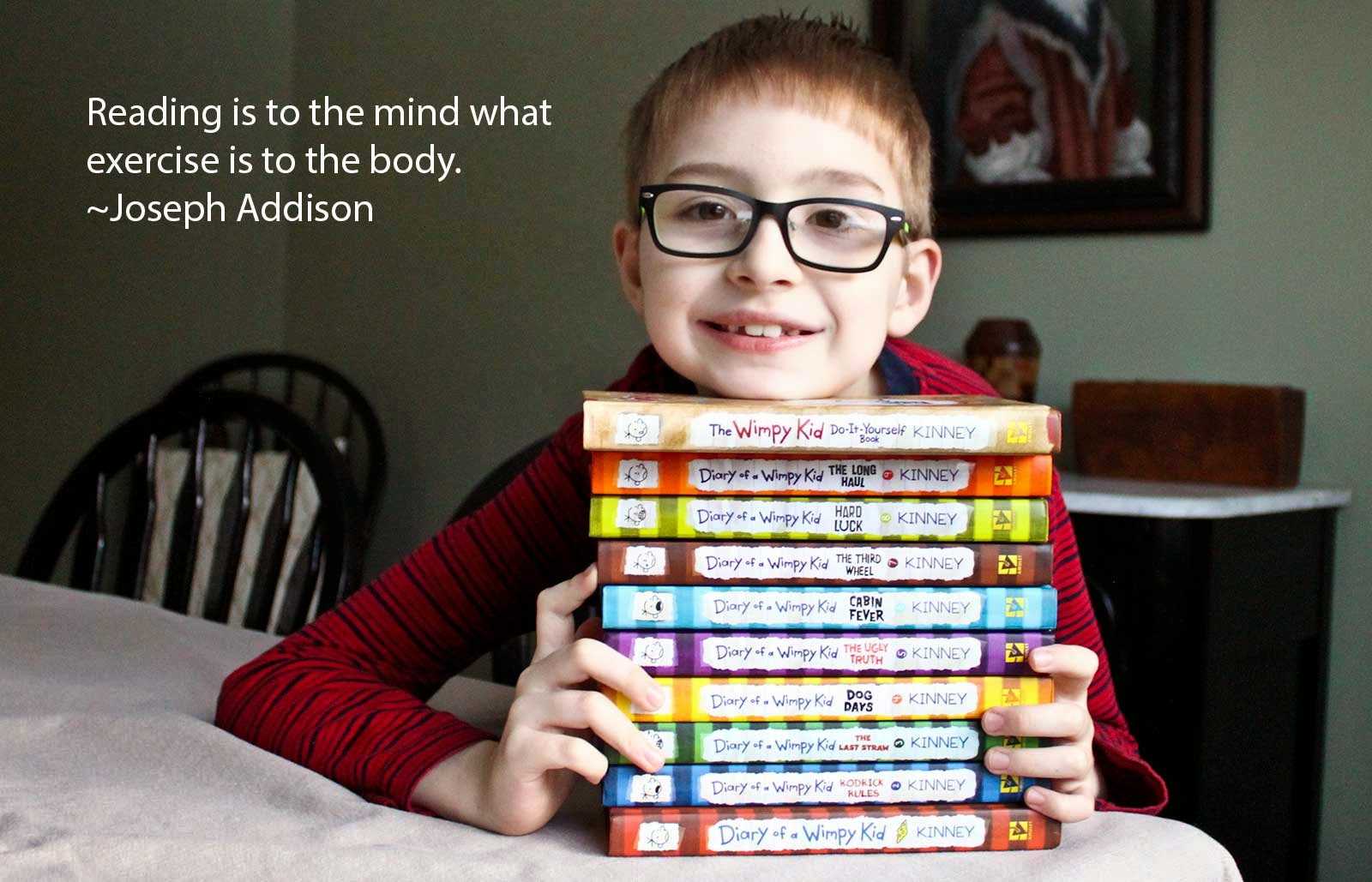 Mark Haddon once said, "Young readers have to be entertained. No child reads fiction because they think it's going to make them a better person." He got that right. Jack absolutely devoured the entire Diary of a Wimpy Kid series in about two weeks. We've rarely seen him this excited about anything. 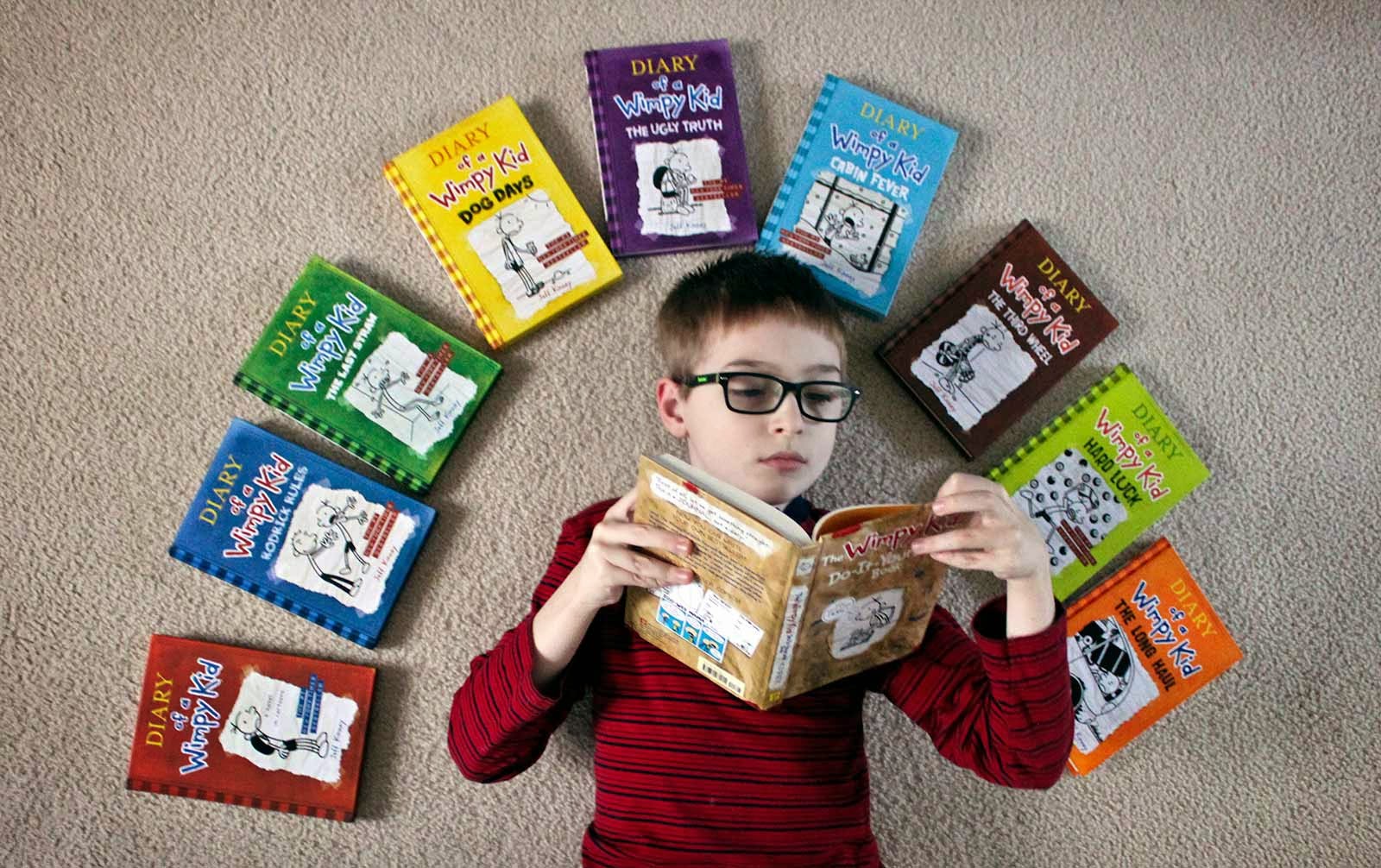 Amazon Prime bailed us out more than once when trying to get the next book to him the day after he finished one. Mysteriously notes showed up inside each finished book that lead him to the next. We wanted to feed this. It started slower but by the end he was reading a book per evening! 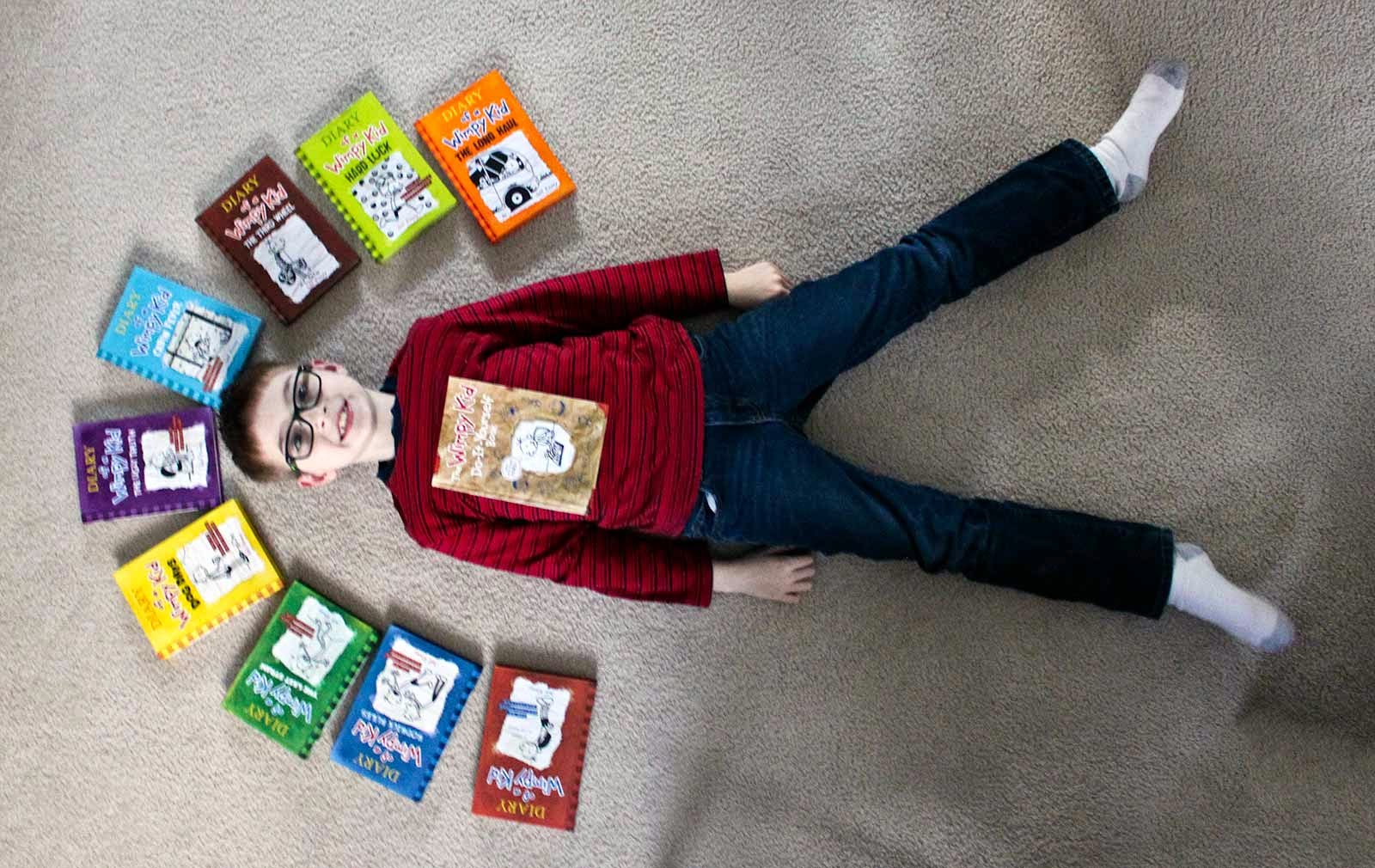 He was given some extra time to read at night. Occasional snack celebrations helped make it special.

Luke's been emulating it too, lining up books at the end of his bed as he watches Jack's collection grow. We really hope this sticks.