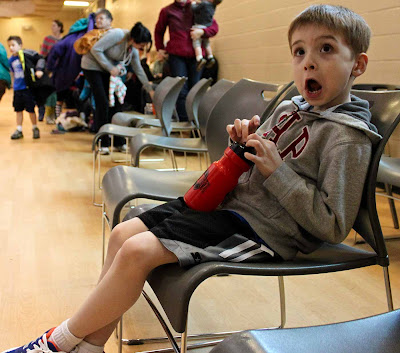 Maybe not so serious, but he's having fun. Below: They pass the ball in to Jack. The dribbling that followed was hilarious. 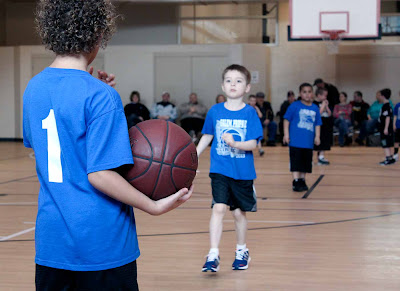 Below, Jack takes a shot during the game. He didn't make it but I can tell you that he's improved a great deal since he started. 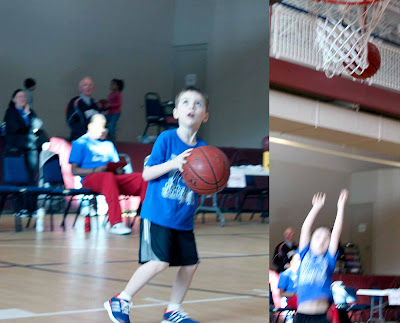 Maybe for his second season we'll get him actual basketball shoes.