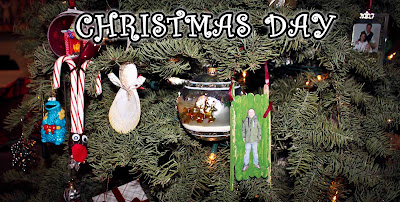 Above: That's a Christmas ornament Jack made in kindergarten, the green sled. Below: Mom and Dad independently got the boys the same book so now they both have a copy. Luke is a big Star Wars fan, although he's never seen the films, as evidenced by his constant humming of the John Williams Imperial March theme.

Below: Cars and Cat, oh my! FattyLumpkin joined us for the morning frivolities but Luke made her regret it at least once. Poor cat! 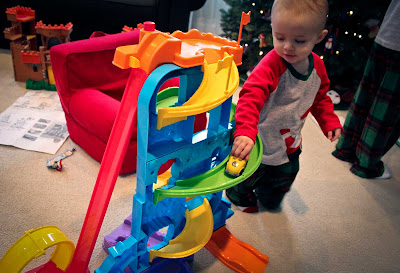 Below: Some random video clips of our early Christmas morning. Sorry about the poor quality.
Below: FattyLumpkin joins us but keeps out of Luke's reach. 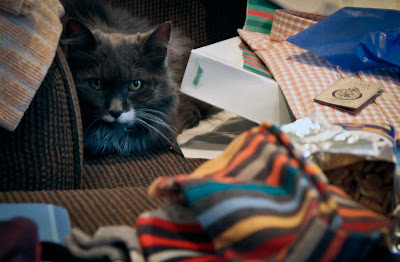 We enjoyed Skyping with the family. We did find out that if the Wii is on it can interfere with other wireless connections so that may have caused some of our problems with Poughkeepsie. More photos later...