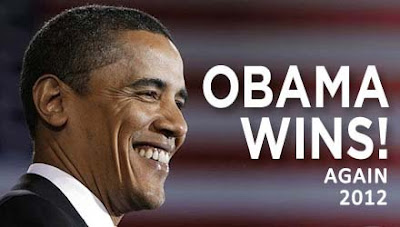 Thankfully enough people with sound judgment won President Obama another term. Thank you to them! We dodged a bullet. The Republican's single goal, as stated by their leadership like Senator Mitch McConnell, was to make Obama a 1-term president and they failed, even spending 90 million more on propaganda and dirty tactics (e.g., voter ID, redistricting, scare tactics).
The shocker is that anyone voted for Romney-Ryan. Historically Republican supporters have shown deadly poor judgment by voting for G.W. Bush, possibly the worse president in history - twice! These Republican supporters not only got us into this economic mess, they started 2 ruinously expensive wars that resulted in thousands of deaths and tens-of thousands of injured veterans. Simultaneously, they initiated 2 massive and unpaid-for tax "cuts." Republican voters over the last 12 years are culpable for the dept and deaths. The disguising part is they tried to blame Obama. They fail to take responsibility for their own actions or the outcome for the country. They fabricated issue after issue instead of contributing to our recovery. Romney played that blame game better than anyone. He failed. And he failed to forward any constructive ideas. 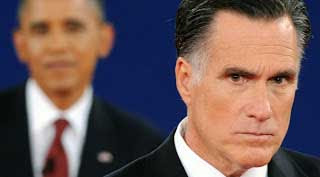 Republicans should be writing President Obama a thank you note. Instead, they voted against their own self-interests and obstructed progress. The worse - Republican - congress in history (e.g., fewer bills passed than ever before and an all-time low 12% approval rating) stonewalled the President and pretended he was to blame. President Obama has been cleaning up the Republican mess and can now, finally, continue that work. Not fast enough? Leave that hypothetical and uneducated straw man alone. This poor Republican judgment is expressed with ignorant voting based on myopic wedge issues. No wonder we struggle educationally and membership in The Flat Earth Society is up! The "United" States has been ham-stringed by the Republicans for over 12 years. It's time for the Republicans to evolve and help. 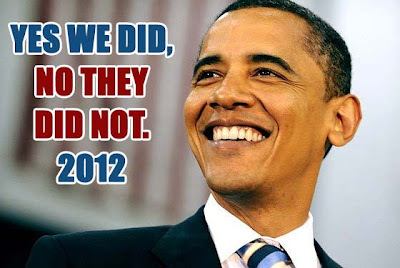 We're proud of you, Ohio! We know Will Ferrel is proud, too.