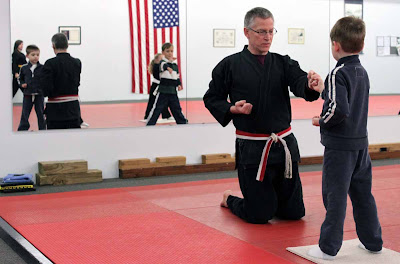 We braved a blizzard to get Jack to his first Karate lesson. It was a baptism by fire but he dove right in. Above: The master and owner of the dojo shows Jack the techniques for making a fist and smashing skulls. Below: "A thousand repetitions. Do it! Ok, just do two." 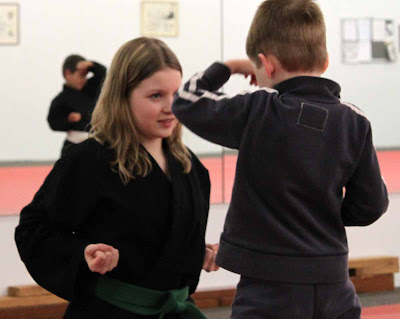 Below: Punching paper...a class favorite as evidenced by the loud round of applause when the exercise was announced. 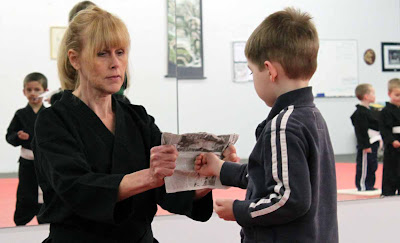 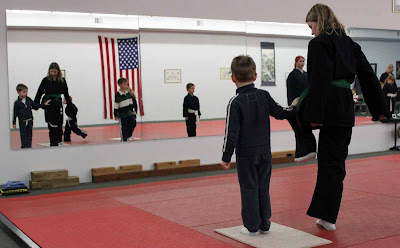 Below: Lining up for the punching dummy. Jack was shown the proper punching technique on round one. Here he sizes up the situation and prepares his fist for the perfect punch. Ah, the focus! 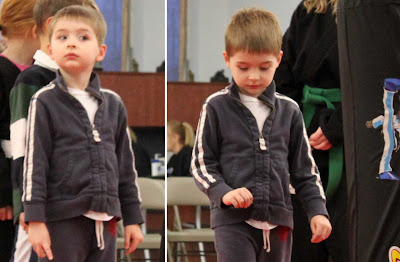 Below: A successful hit! I missed the shot of the actual punch but was pleased that he laughed afterword. 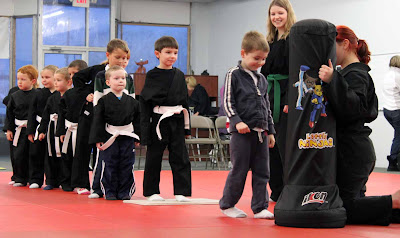 Below: The instructors were very good about integrating the new kid. They took turns giving Jack extra attention. This class was finishing a 6-week course but he was able to tag along. Jack starts his course next week. 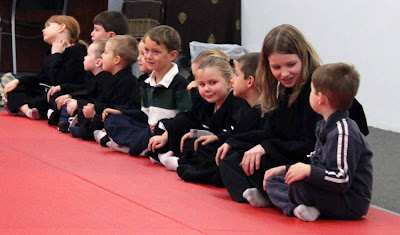 If he still wants to go after next week we'll get him a gi.