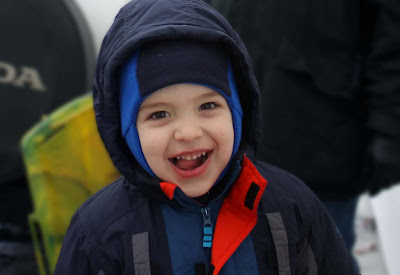 Since the snow will not retreat Jack and his Mom decided to go outside and kick it around. Jack made a dent in it with his shovel.

Pregnancy Update: Today's OB/GYN appointment resulted in good reports. Our second boy is EXACTLY where Jack was as this stage. The due dates are currently the same. Mary has gained exactly the same amount of weight and he is kicking just as hard. We're thrilled!