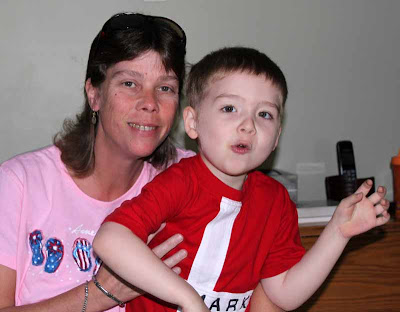 Aunt Sue and cousin Angela spent a long weekend with us. It was both timely and very helpful. More about that soon. Jack enjoyed them a great deal! 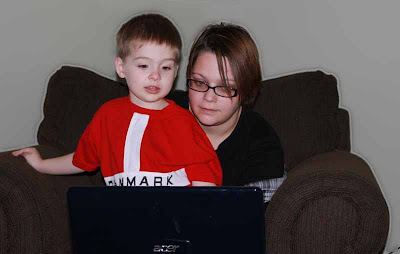 Above: Angela shows Jack some fancy stuff on the laptop. Notable Angela quotes included, "Hot dogs are like shrimp to me," and "I have a photographic memory for refrigerators." Classic.

Above: Keep up guys! Fun at the White House fall festival. Below: Jack tried the "Air Catepillar" but found it a bit challenging as he got stuck at the hill (see image below). He had to make his way backward while another kid yelled, "Wrong way stupid kid!" Everyone else in there was 27 years old. 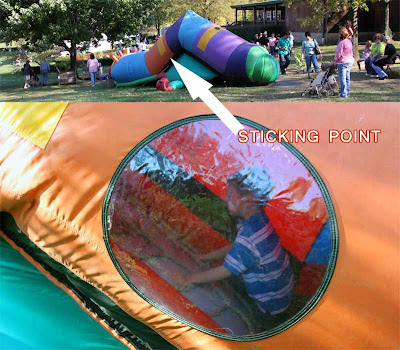 Below: It got no better in the "Play House." It was Lord of the Flies without a conch shell. 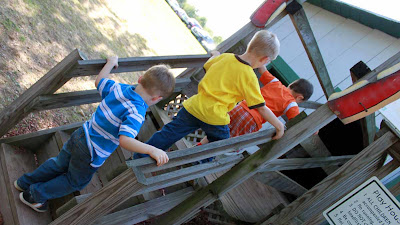 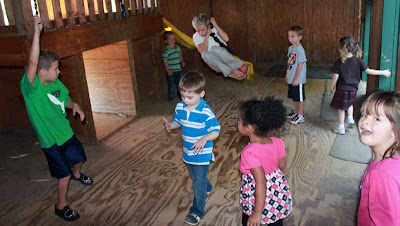 Below: After each conflict or trial Jack returned to a sandbox hidden behind the Play House to vent his frustrations. 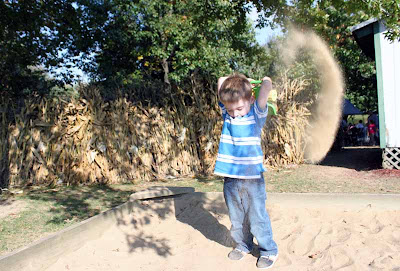 Our little trooper turned into a little pooper. We returned home for milk and a nap. 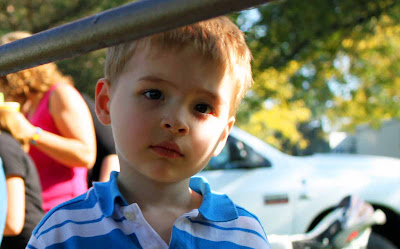