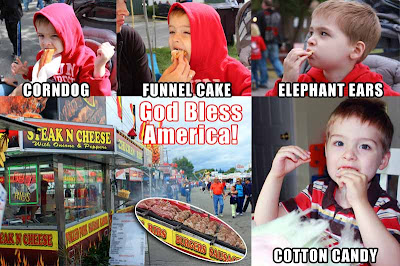 Above:Not one major fair food group was neglected. Below: A ride all to himself. 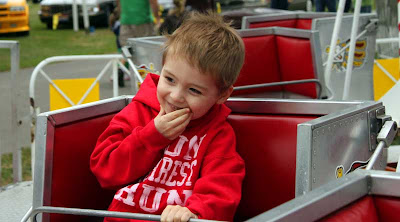 He enjoyed about 75% of the ride before he wanted to stop. The nice operator stopped it at the first sign of distress.

Below: We were not so lucky on the next ride. They had to stop it early because our little Caped Crusader had a heroic meltdown. Maybe this is why height alone is a poor criteria for participation? 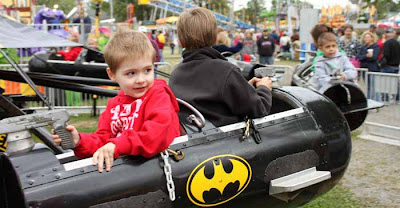 Below: Waiting in line for what ended up being Jack's favorite ride...Dizzy Dragons! 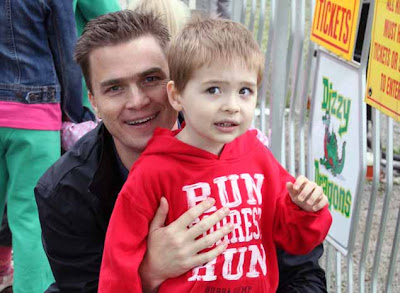 Can you believe a 4 vehicle Dizzy the Dragon goes for $55,000? Nonetheless, it is clearly worth it. Look how cute the dragon is! Not convinced? Jack took three rides on Dizzy? 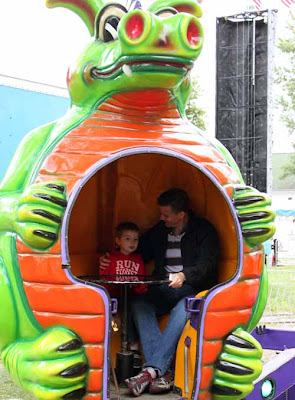 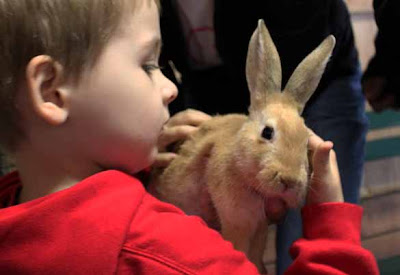 Jack enjoyed the animals too. He was exhausted when we arrived home. We know because he took his first nap in weeks! Not a bad day for his first Fair. It had been almost 30 years since my last visit to a fair. Oddly enough, nothing had changed!