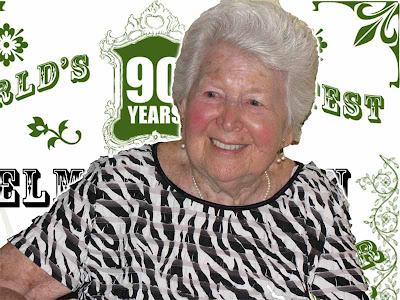 Happy birthday Selma! We celebrated in the Washington D.C. area last weekend and we all had a great time. Jack got to spend time with cousin's Maddie and Andy.

Above: Andy played for us at dinner and serenaded Selma with his Lion King skills. Yes, the Lion King, as in NYC's production. Jack has been running around yelling "piano" ever since. Thanks Andy! ;) 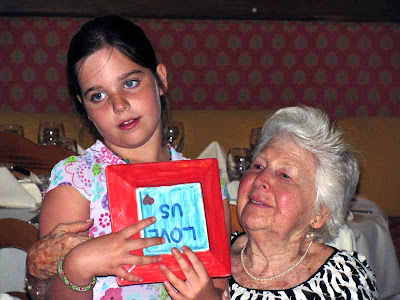 Above: Maddie presents Selma (above) with a hand made token of love. 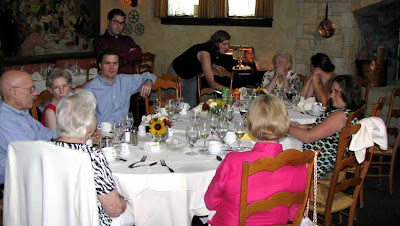 Above: Selma addresses the family. 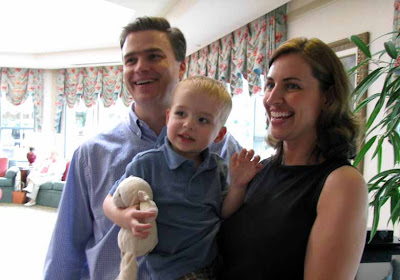 Above: Us. Below: David and I laughing histarically at one of Kenny's jokes, or some such thing.

Jack and cousin Maddie at breakfast. 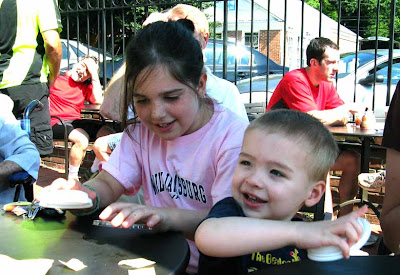 Jack and Selma have a talk. 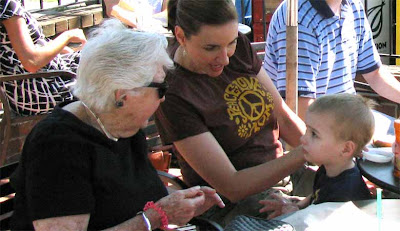 Below: The whole crew. Notice anyone missing? Someone had a meltdown after missing two days of naps in a row. He's off camera yelling "piano!" 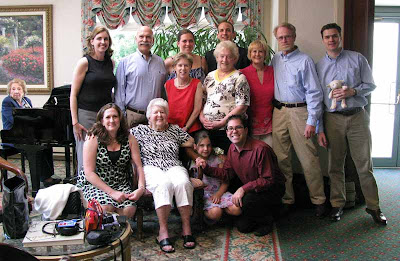