Last week spent fall break in Florida at Disney World. We told the boys two days before; luckily, they did not have a clue. I'll try to post that video tomorrow. 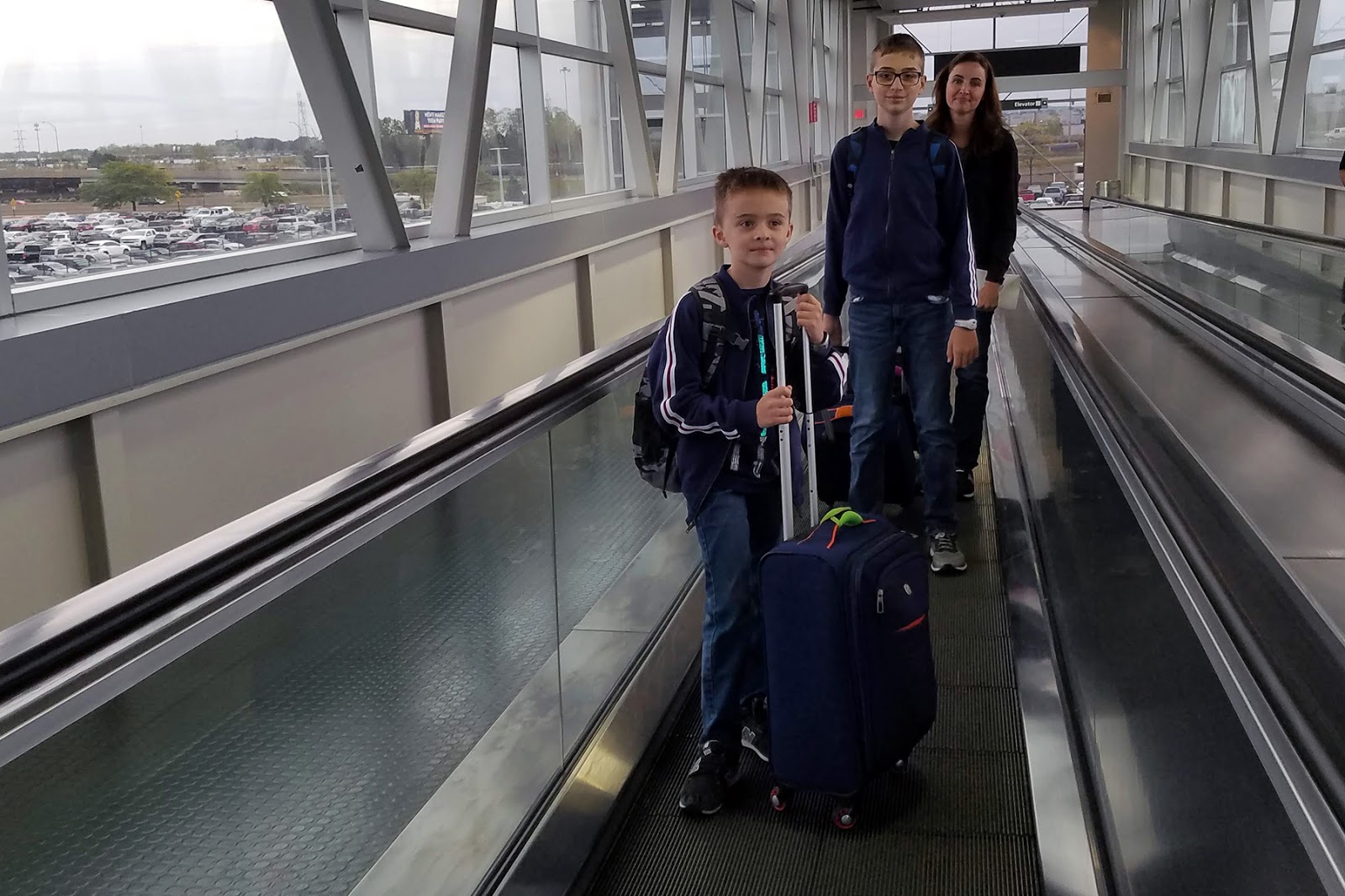 Early Monday morning we caught our flight to Florida. So excited. 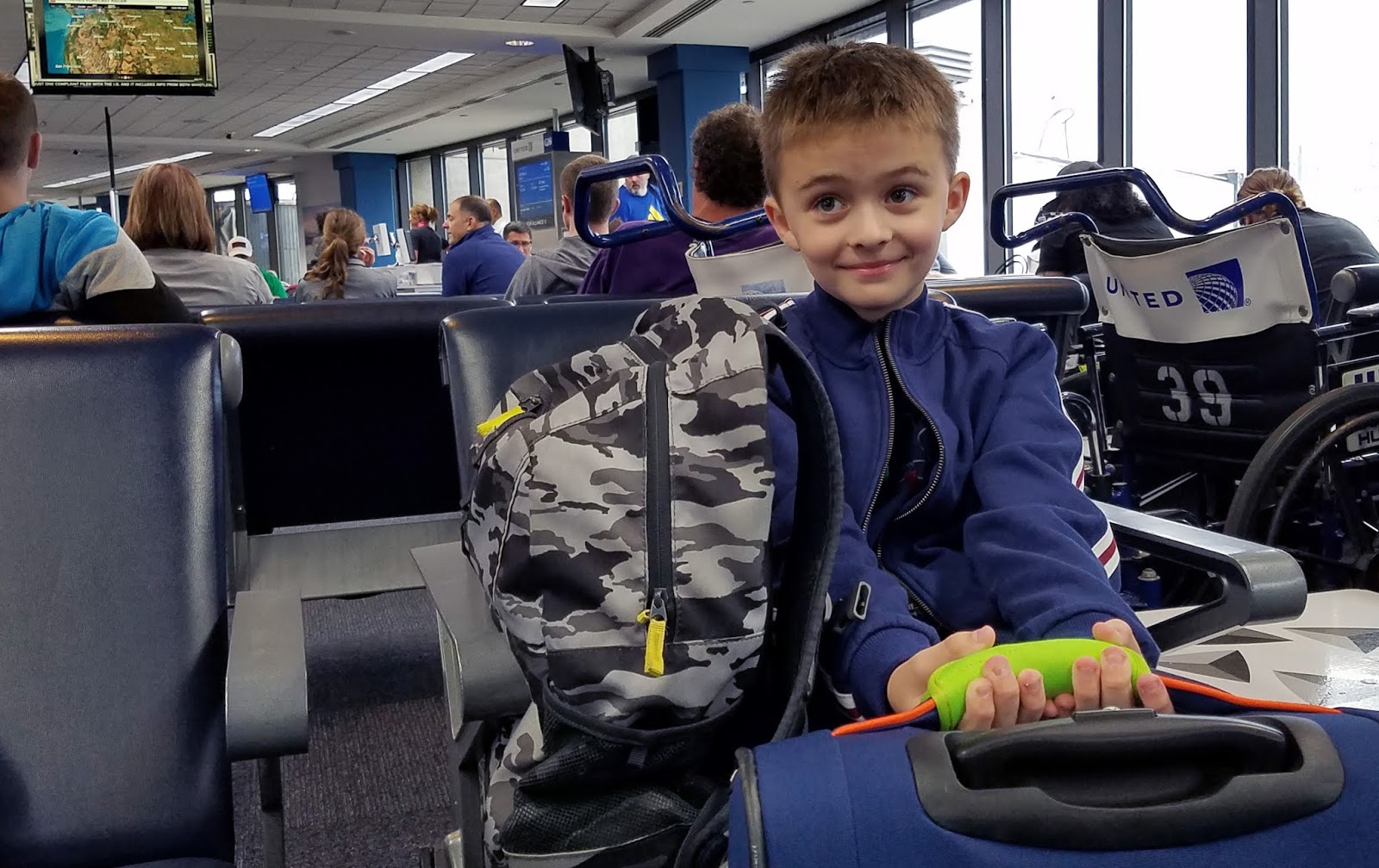 The boys love the plane ride as much as they do the Disney rides. 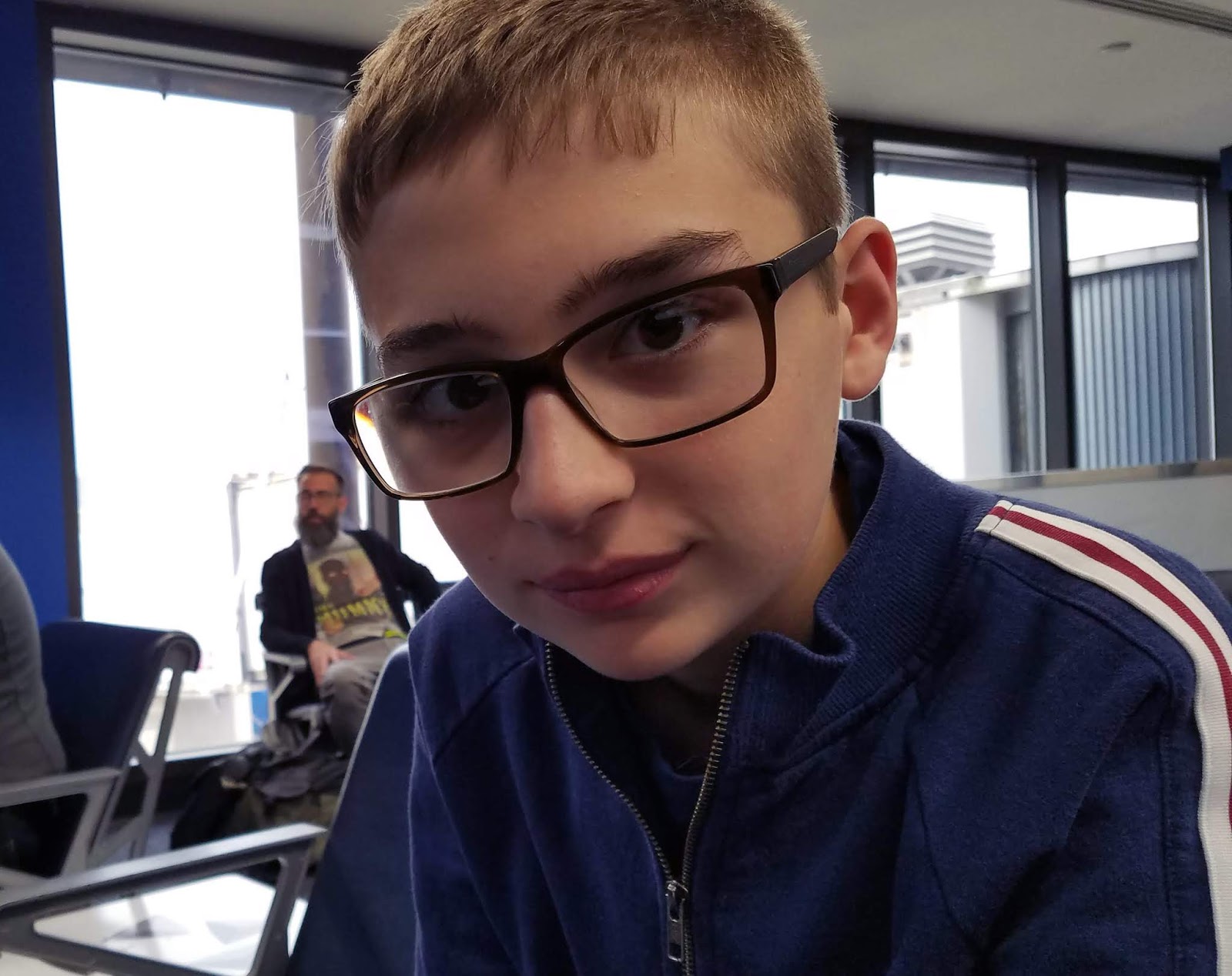 Jack and I set together. 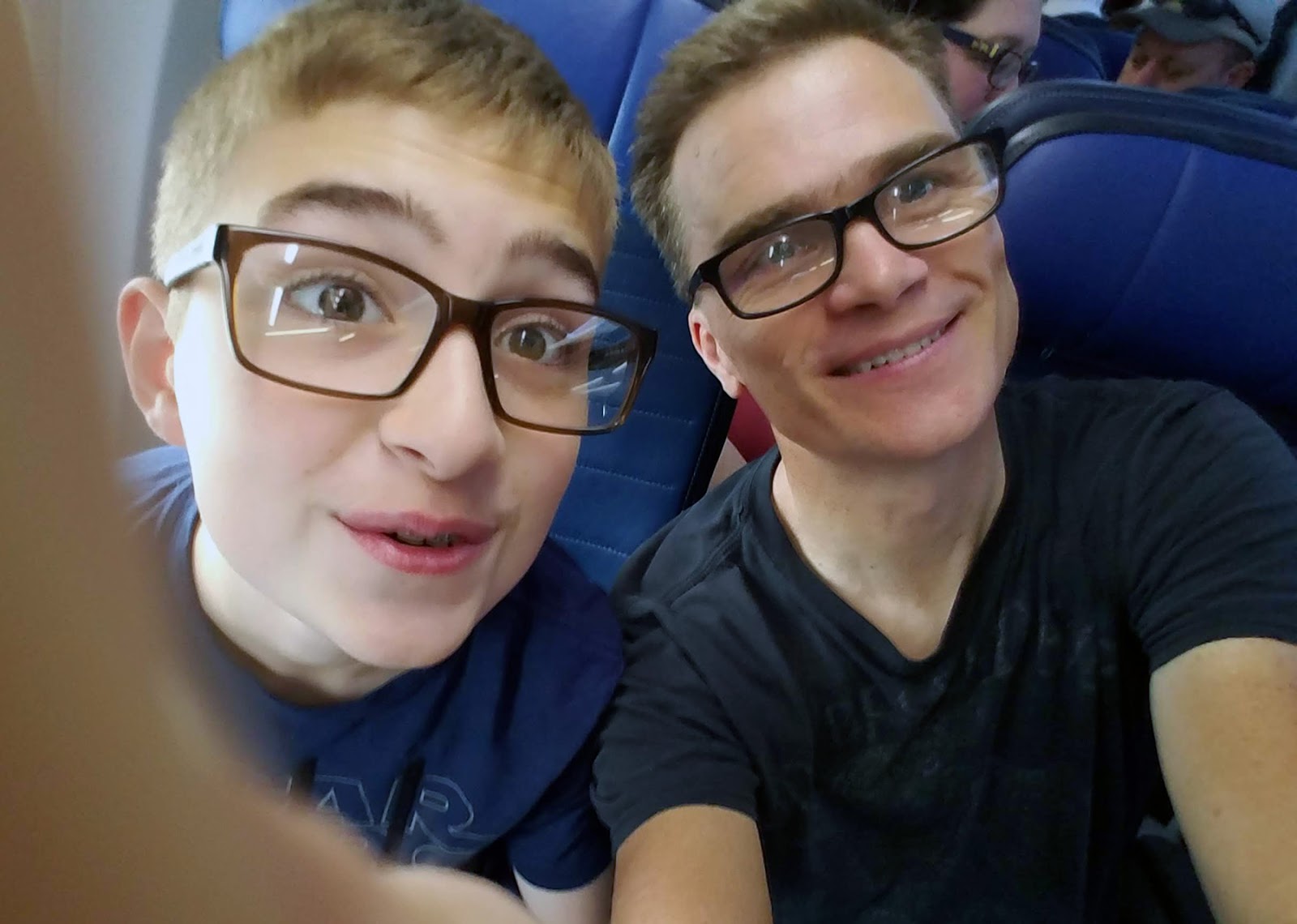 Mary and Luke were in front of us. Luke created a nice little setup with a movie, another movie on an iPad, and his journal. 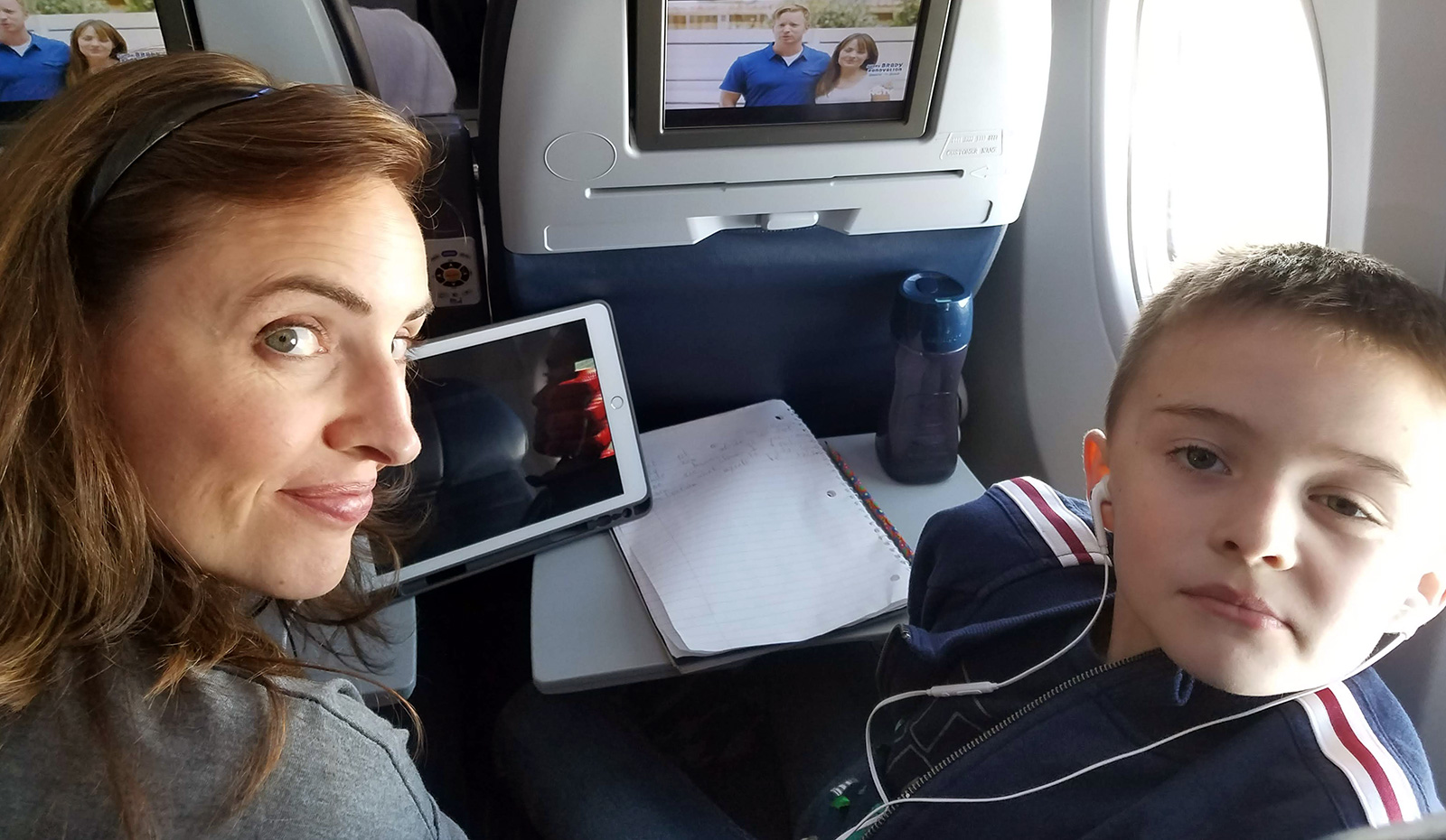 Unfortunately, Nanna and Grandpa Jerry - who had been in the secret plans for over a year -  could not make the trip. It was heartbreaking but there was no way around it. At the last minute, Grandma and Grandpa were able to go. They were waiting in an old fashion car when we arrived! 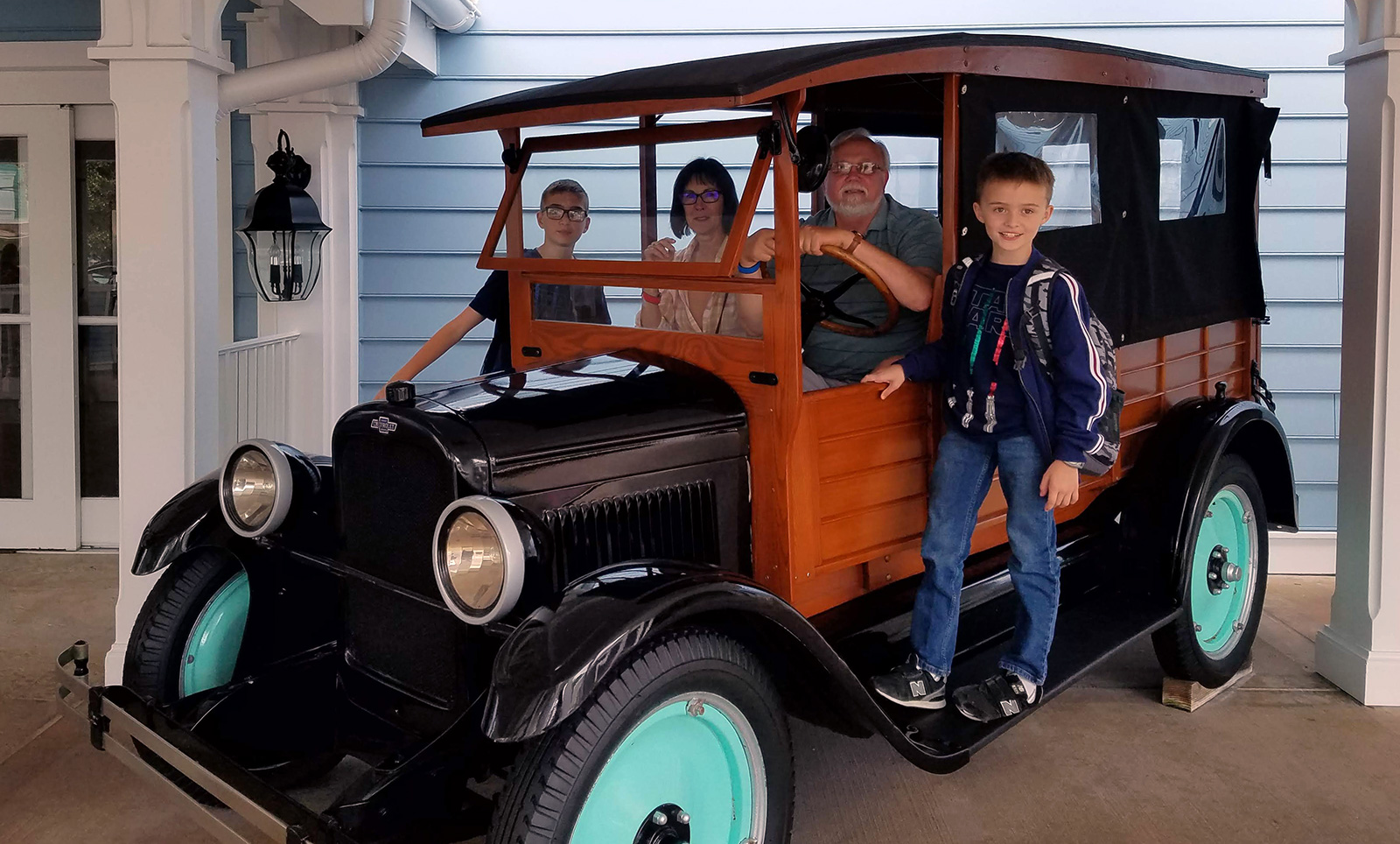 The Beach Club and Resort was amazing. More photos on that later, but for now, this is the "small" pool in the back as viewed from our room. 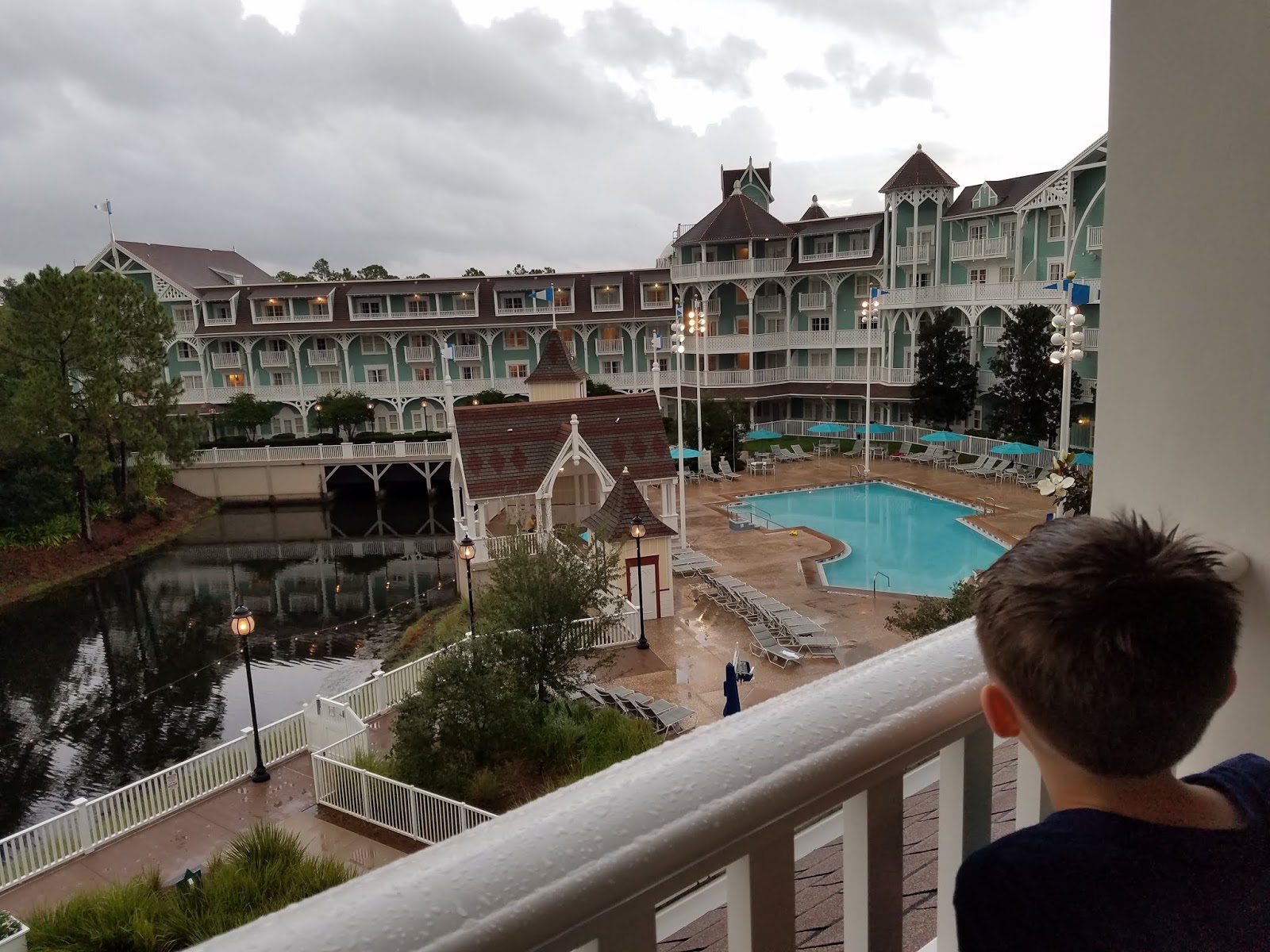 Then it was off to Galaxy's Edge. Jack and Grandma headed out! 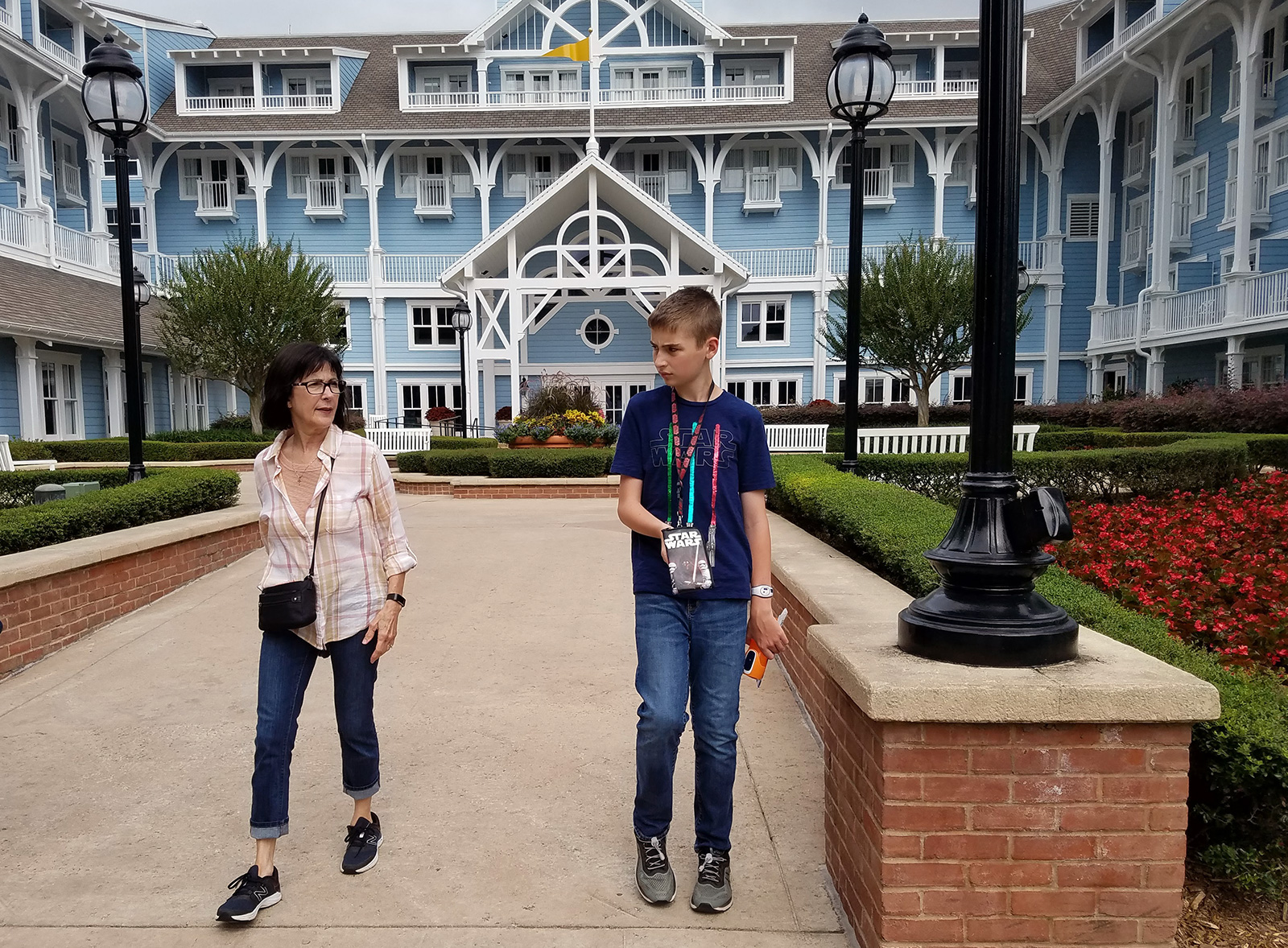 Galaxy's Edge is not fully open but there was enough to see. 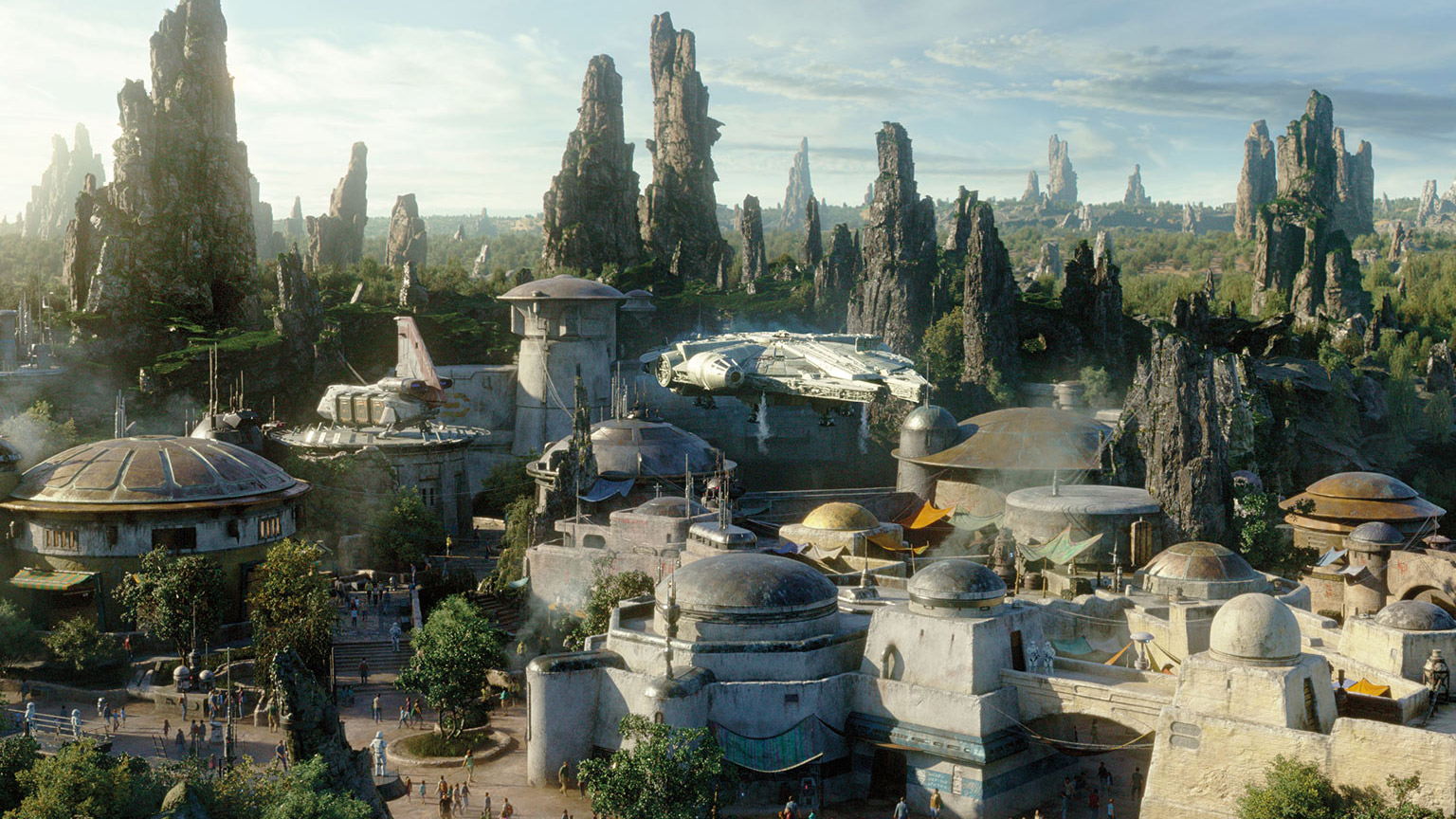 Dearth Vader included! Again, I'll post the video soon but this was hilarious. Vader was pretty intimidating in real life. 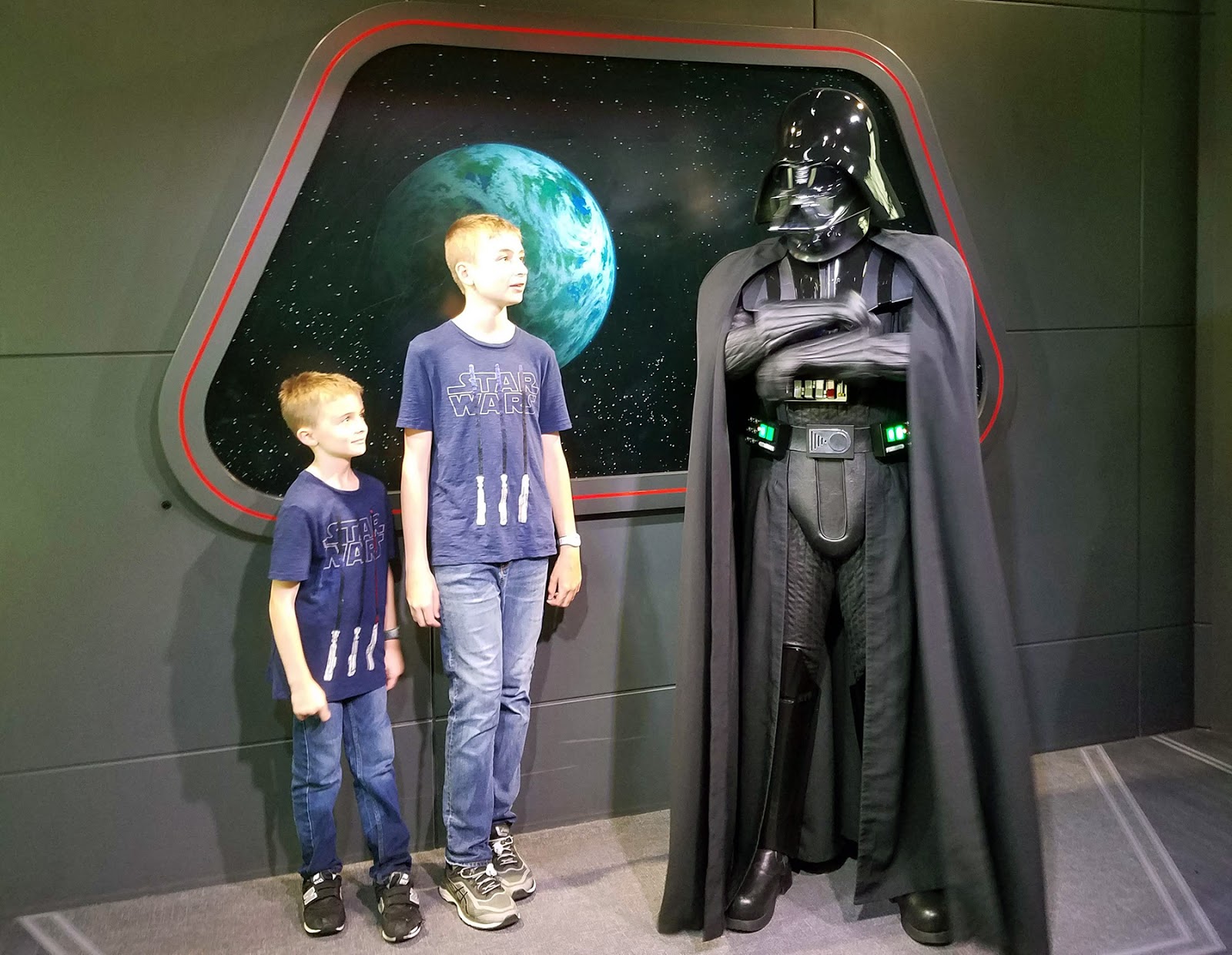 Jack in front of the Millennium Falcon. 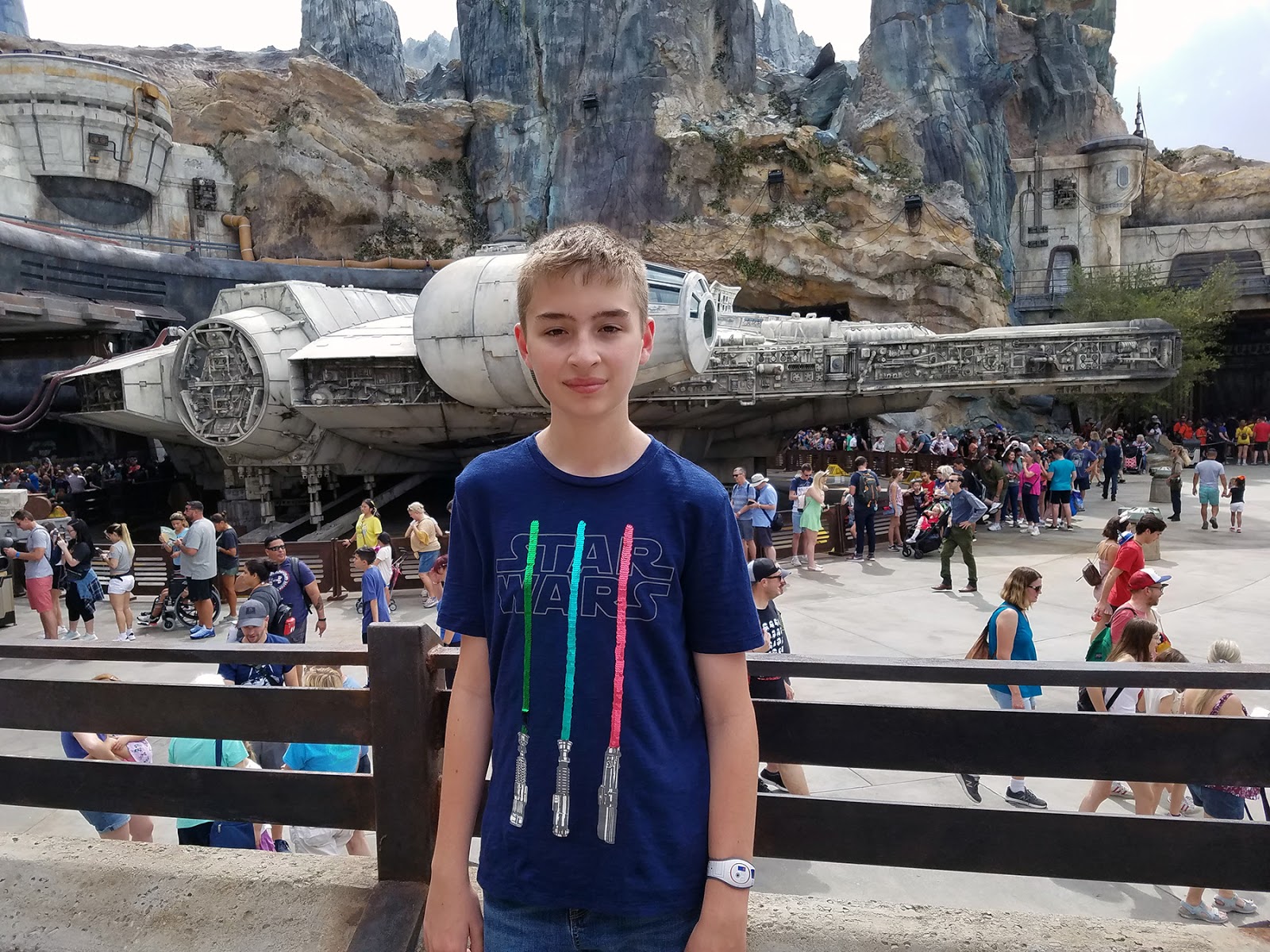 Luke with some new droid friends. 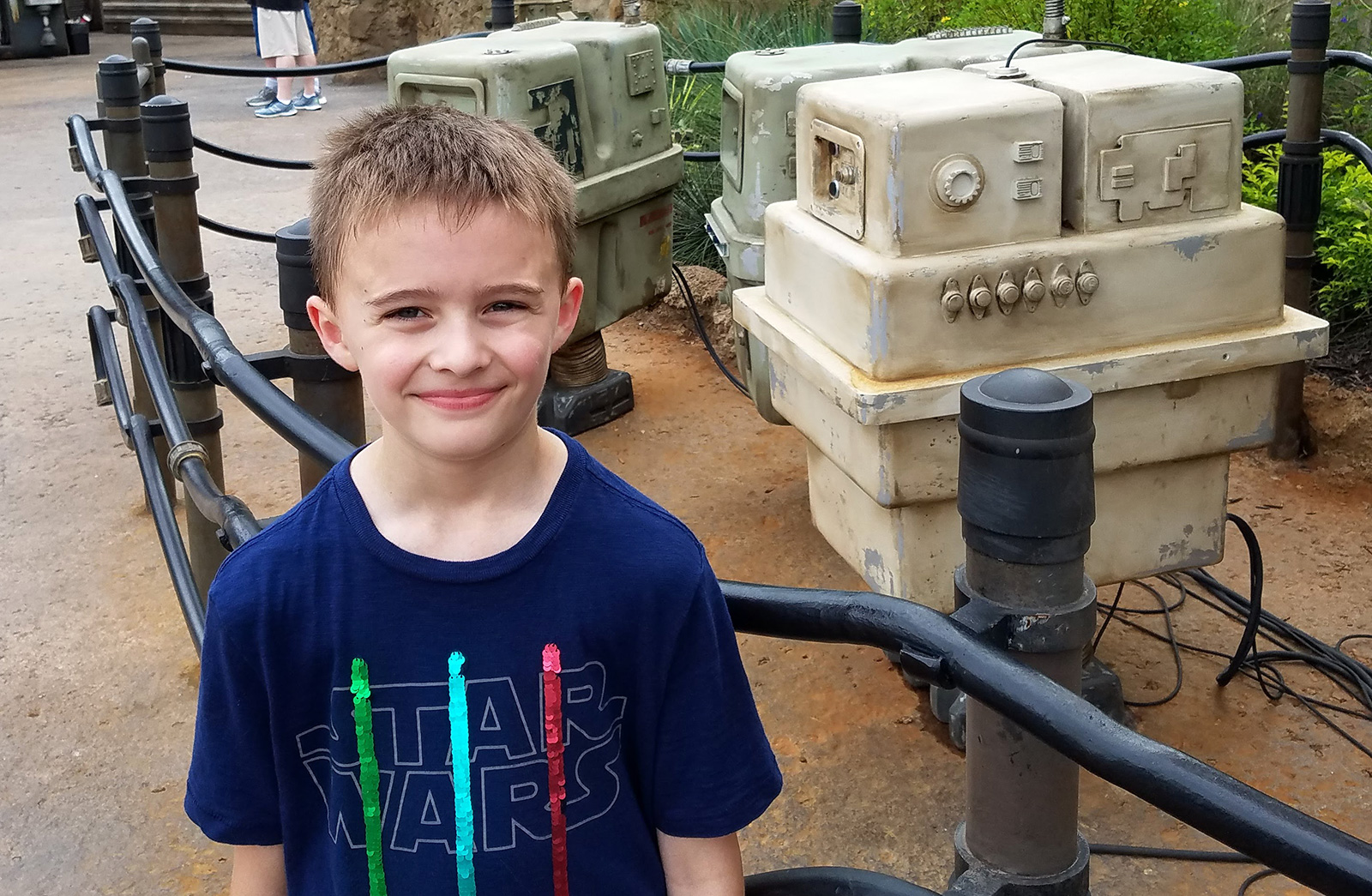 These helmets would fit Jack at this point. 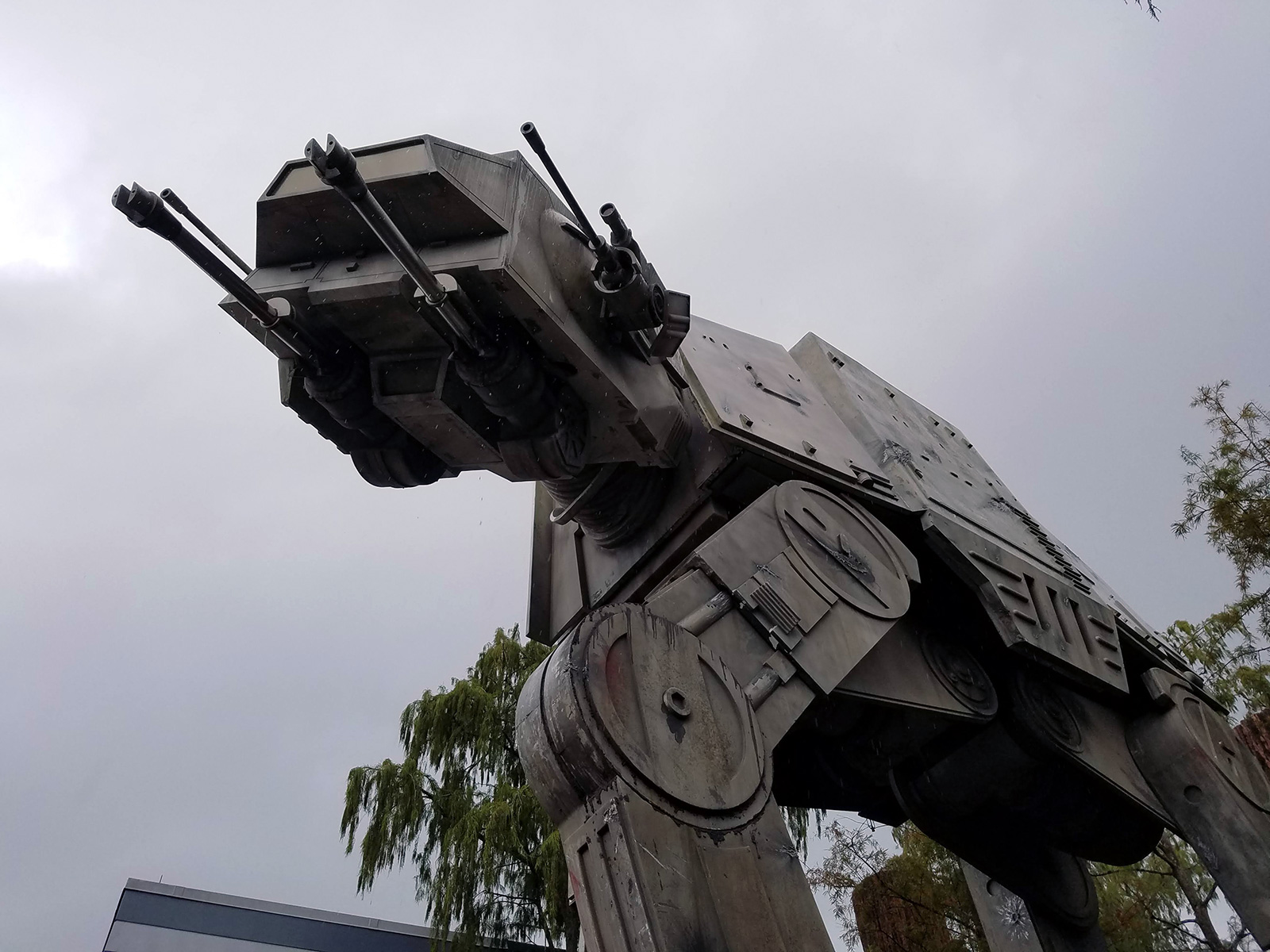 Then a hard rain fell for about 20 minutes. It continued to attack us in bursts the rest of the day. 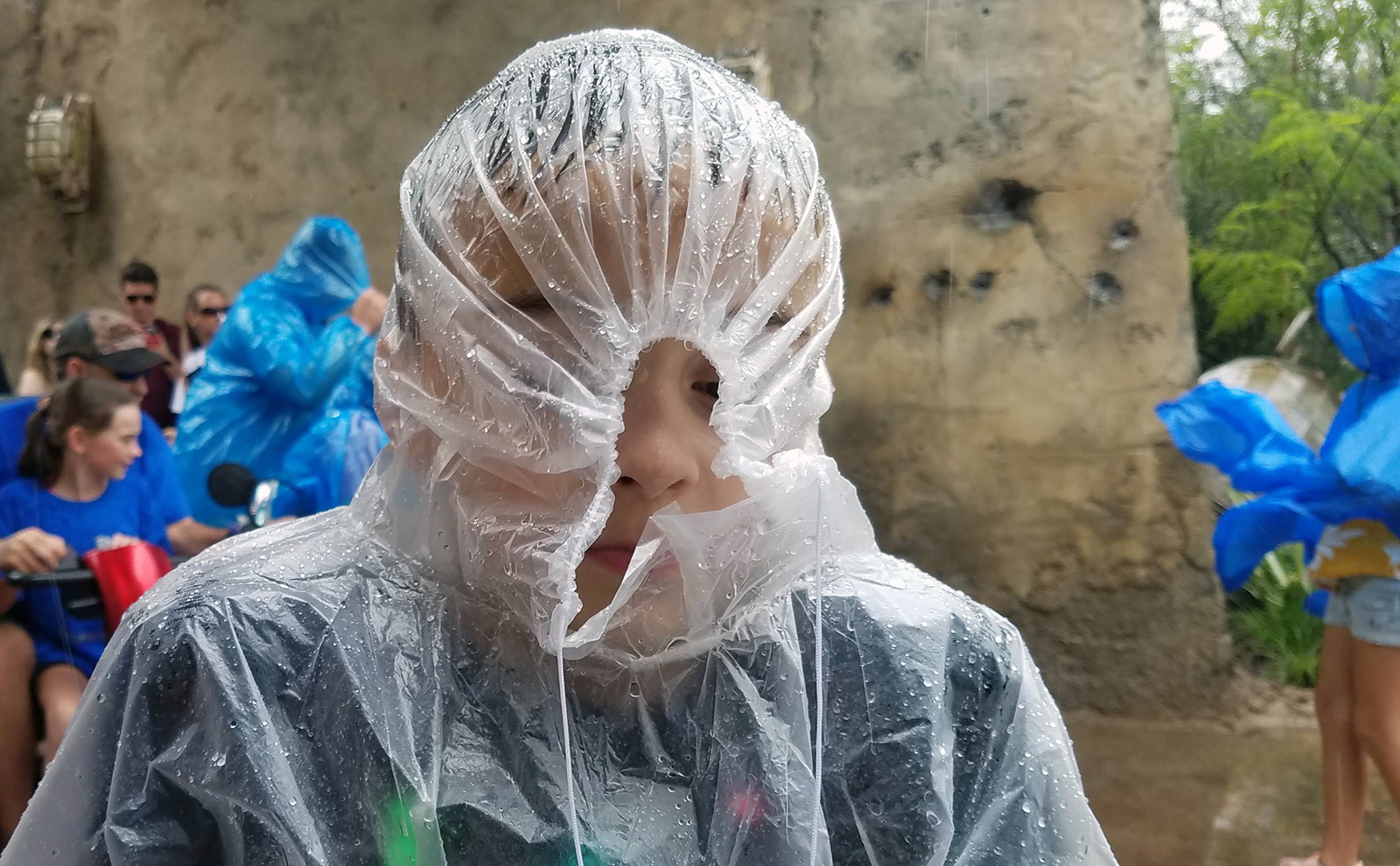 Not an exciting video but it shows the frantic and failed attempt to stay dry. Look carefully in the background for Grandma and Grandpa in the orange ponchos. 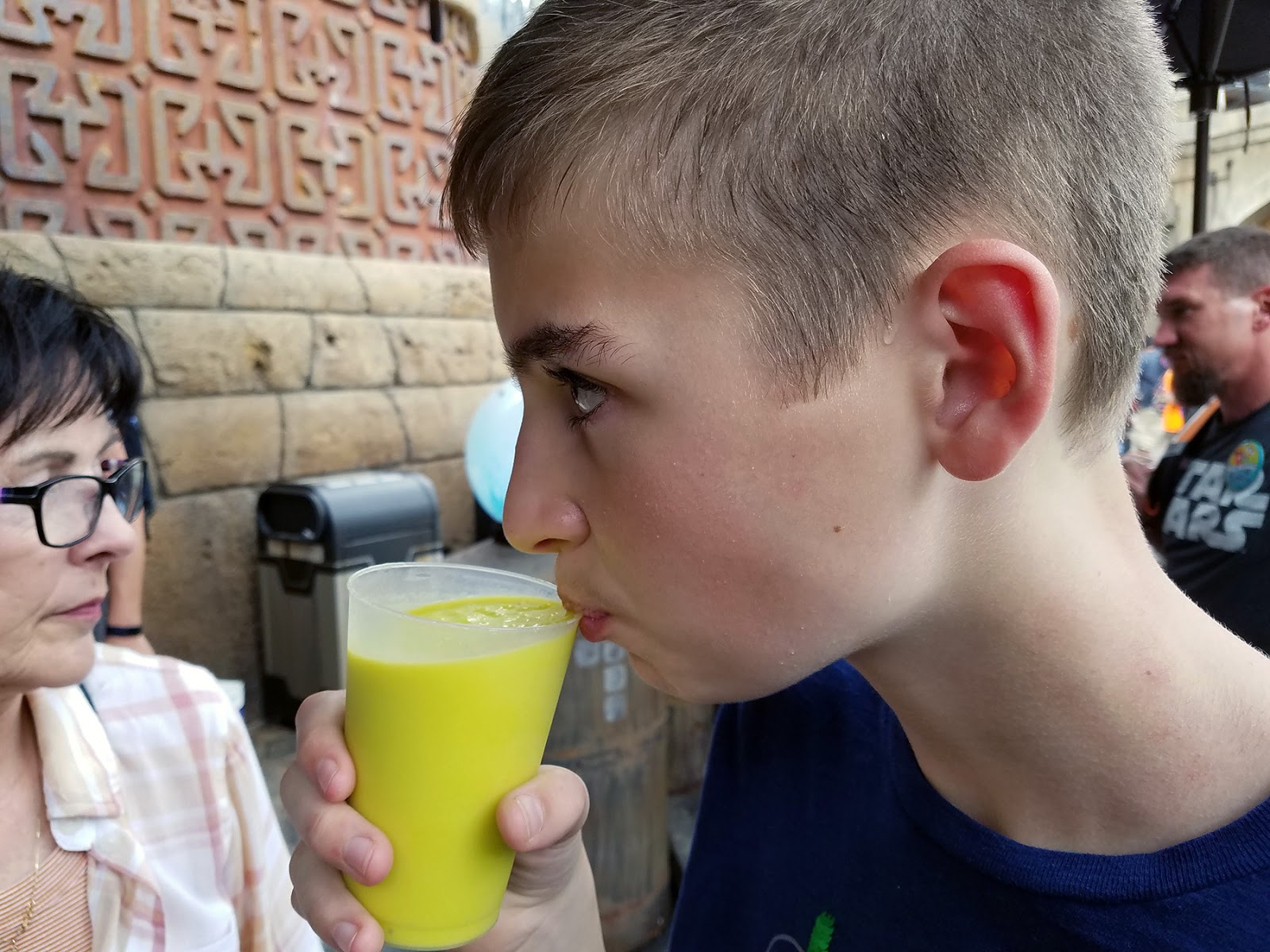 Yummy! It really was. 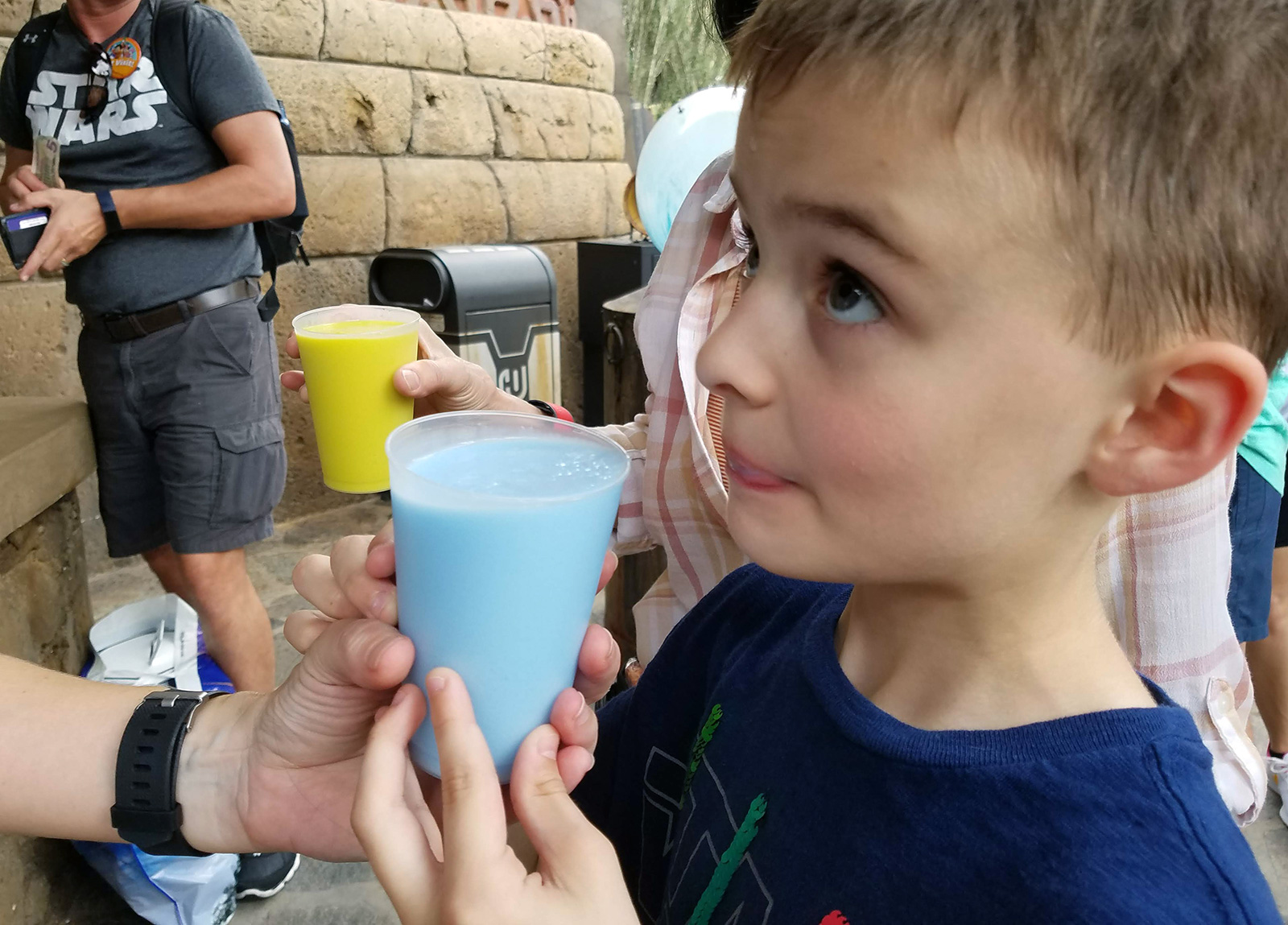 Jack orders a giant roasting leg of an animal from another planet. 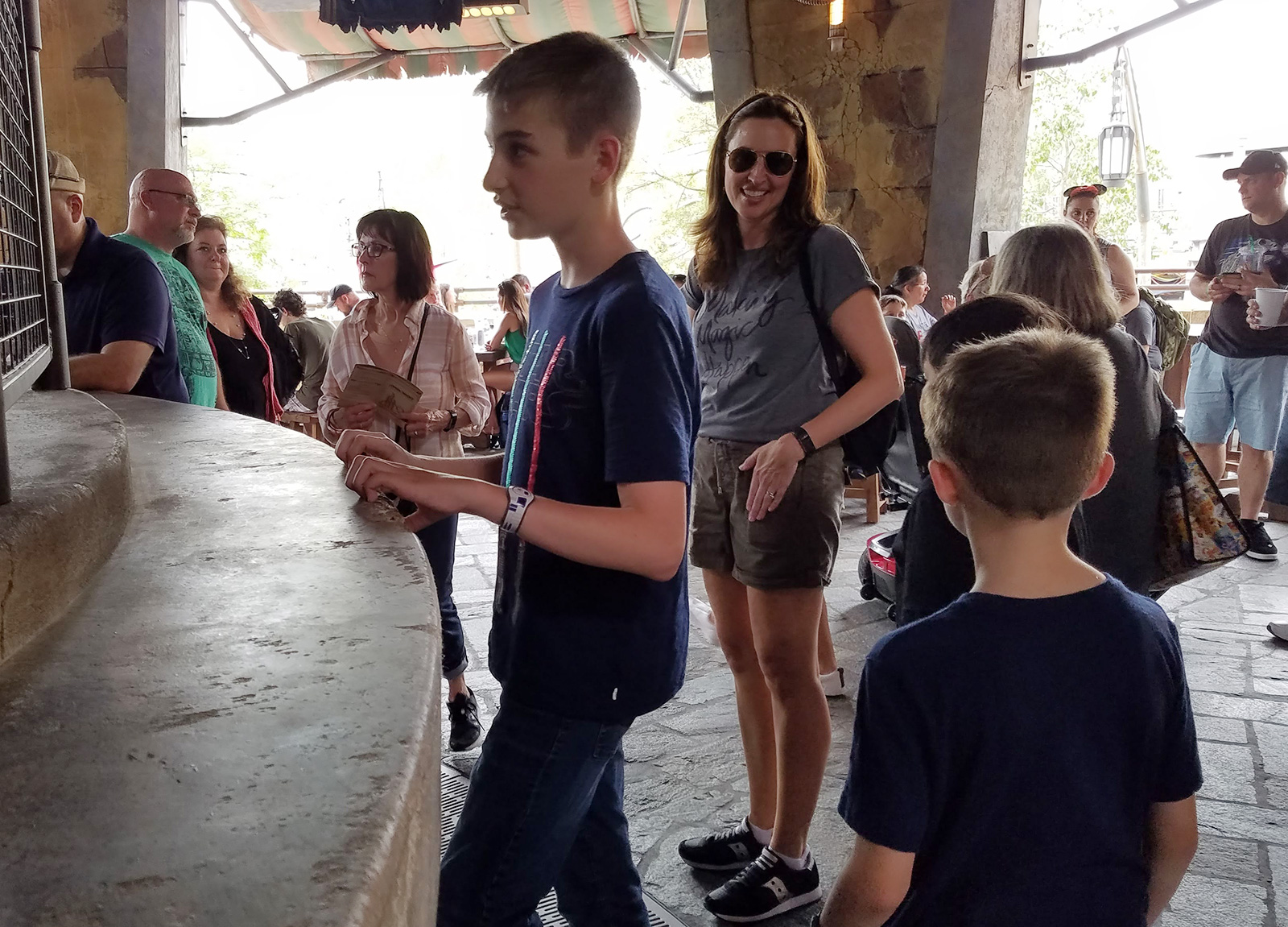 Honestly, Galaxy's Edge is off to a slow start but Disney promises to improve it as the rest of the Star Wars park opens in the near future. Yoda ears to the rescue! 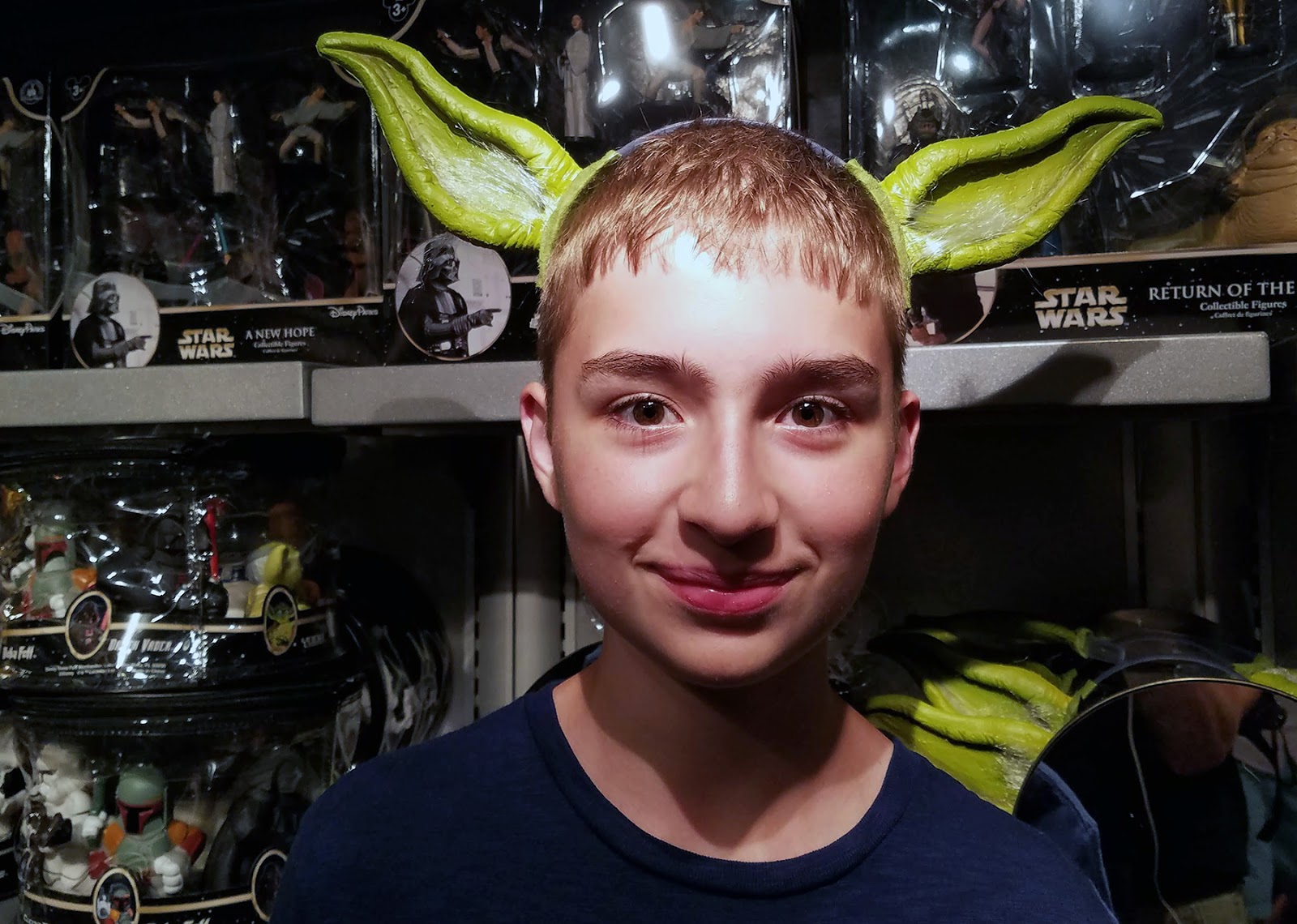 Breakfast on Day 2, which I'll cover in the next post. 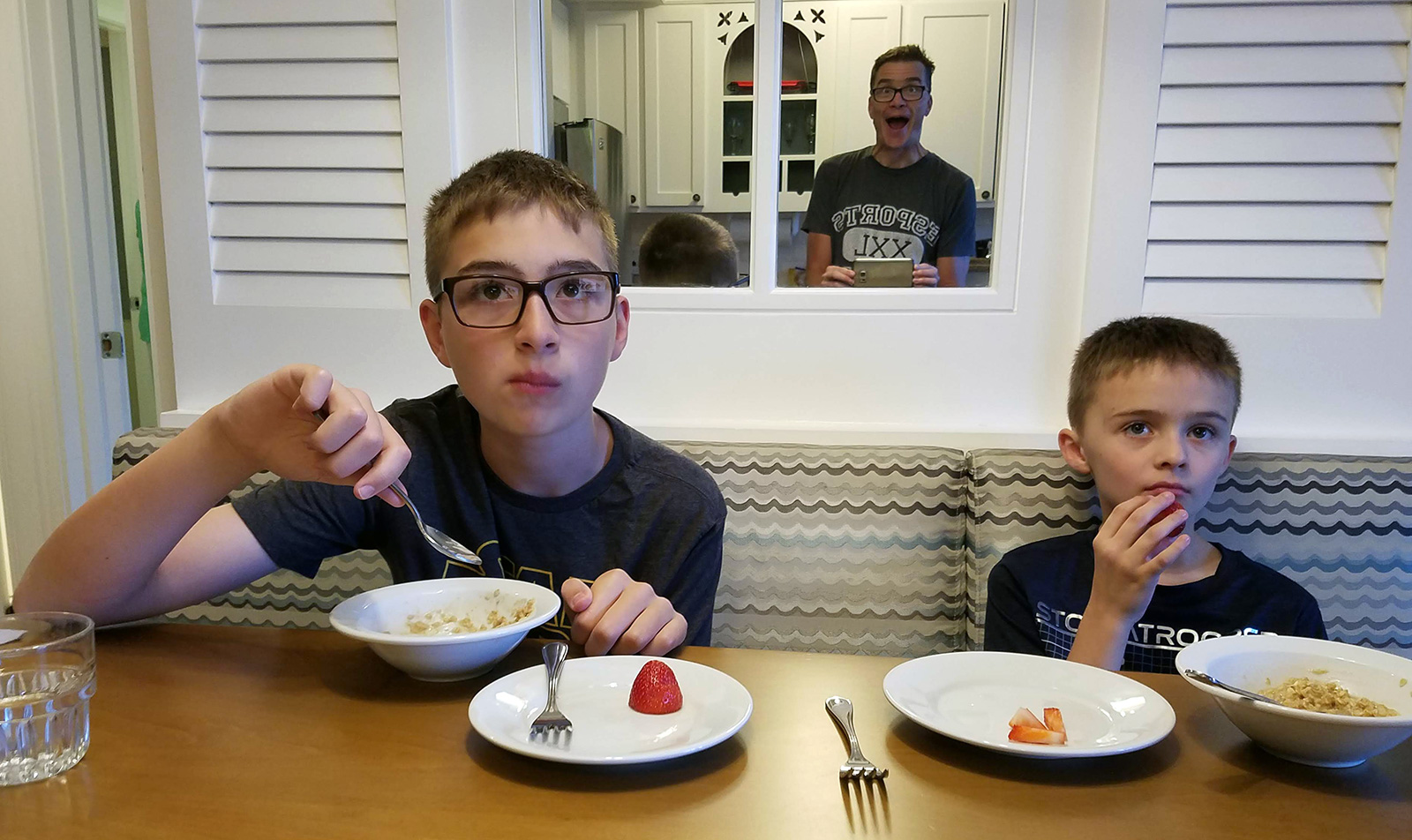