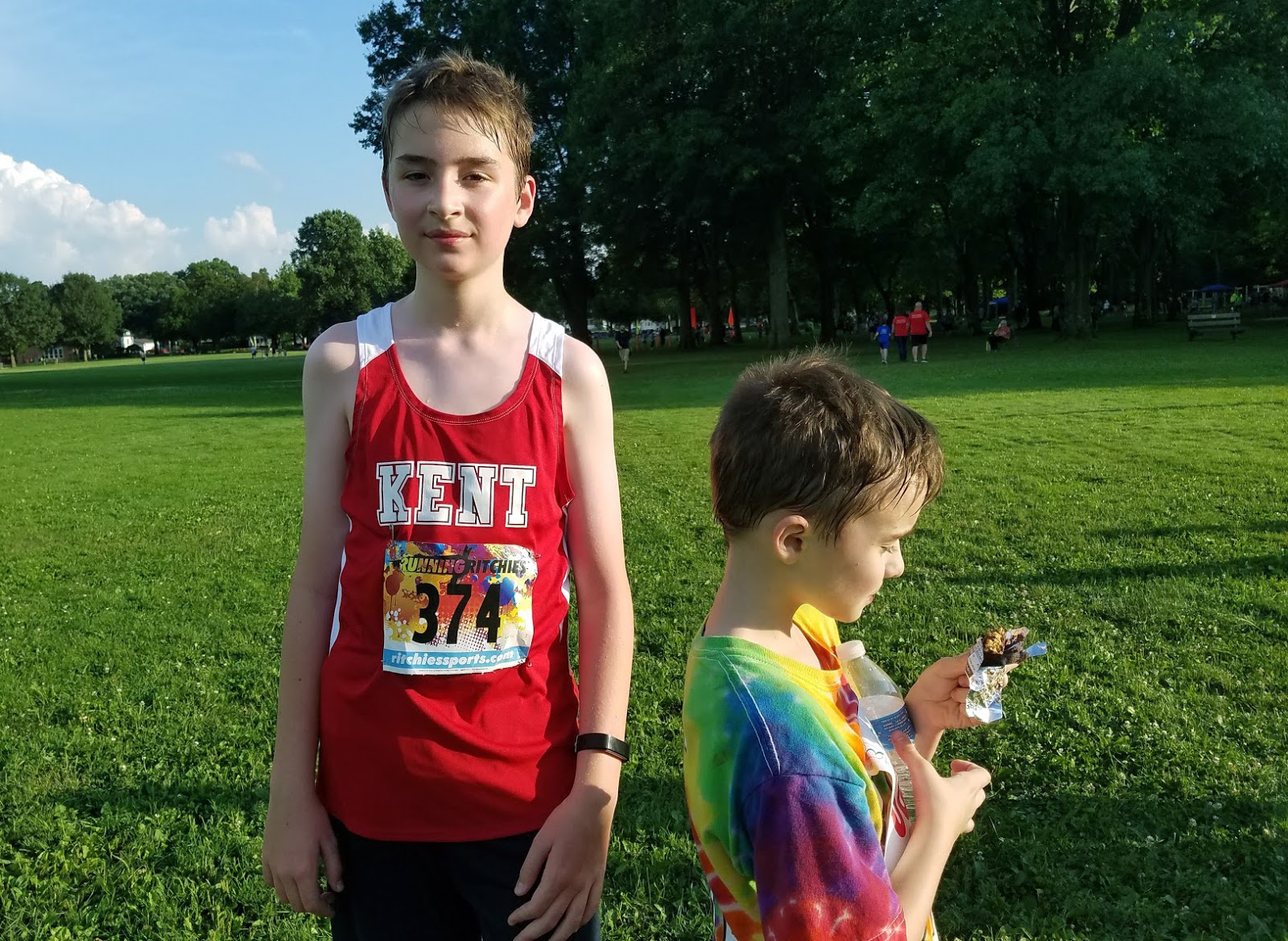 On Thursday night we went to Jack's final pre-season race. It was another beautiful night. Days earlier Luke would not let me sign him up but when he got there it was a different story. The energy got to him. His brother was also getting more attention! So we signed him up at the last second. 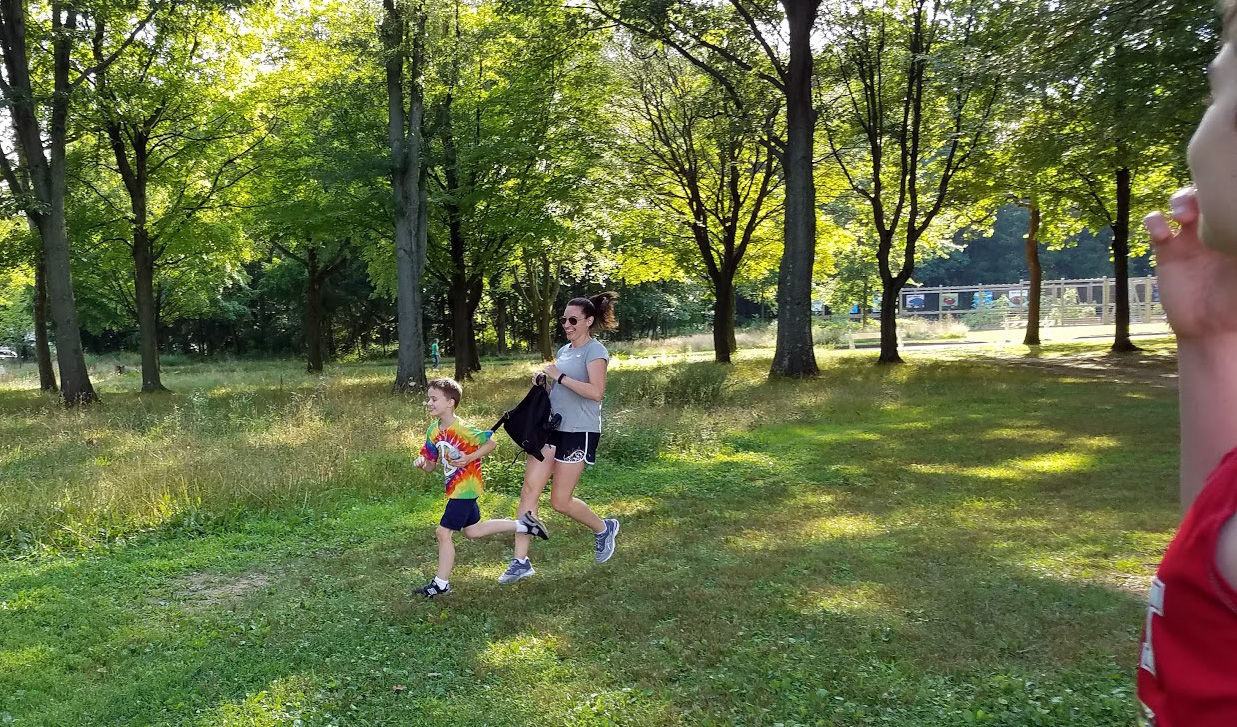 Above: Whatever that is. It looks like Luke is doing a snatch and grab of his mother's bag. But, in fact, they were racing. Below: Luke looks down the course from the starting line of the 1-Mile Run! 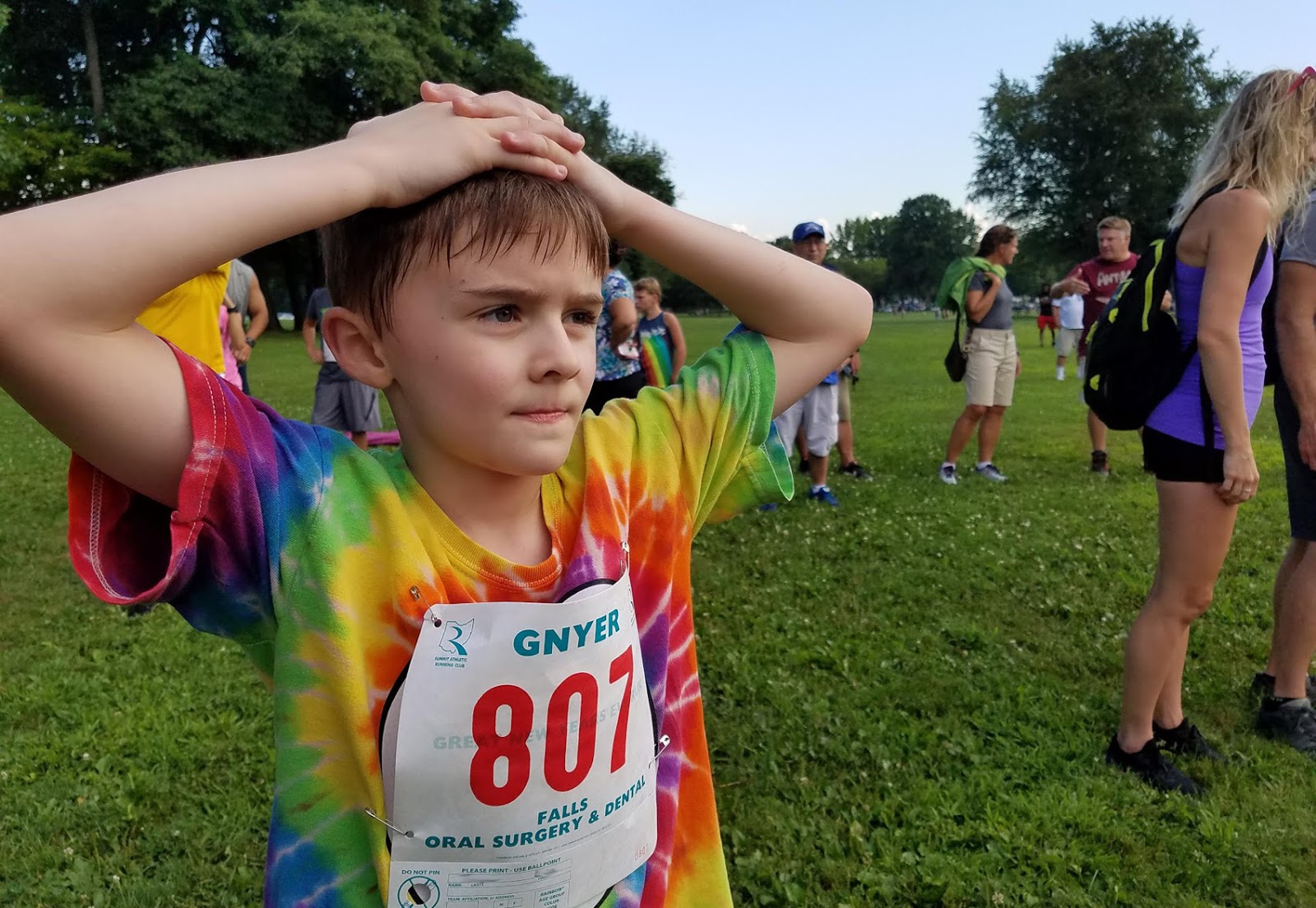 Here he is with the other kids at the start. 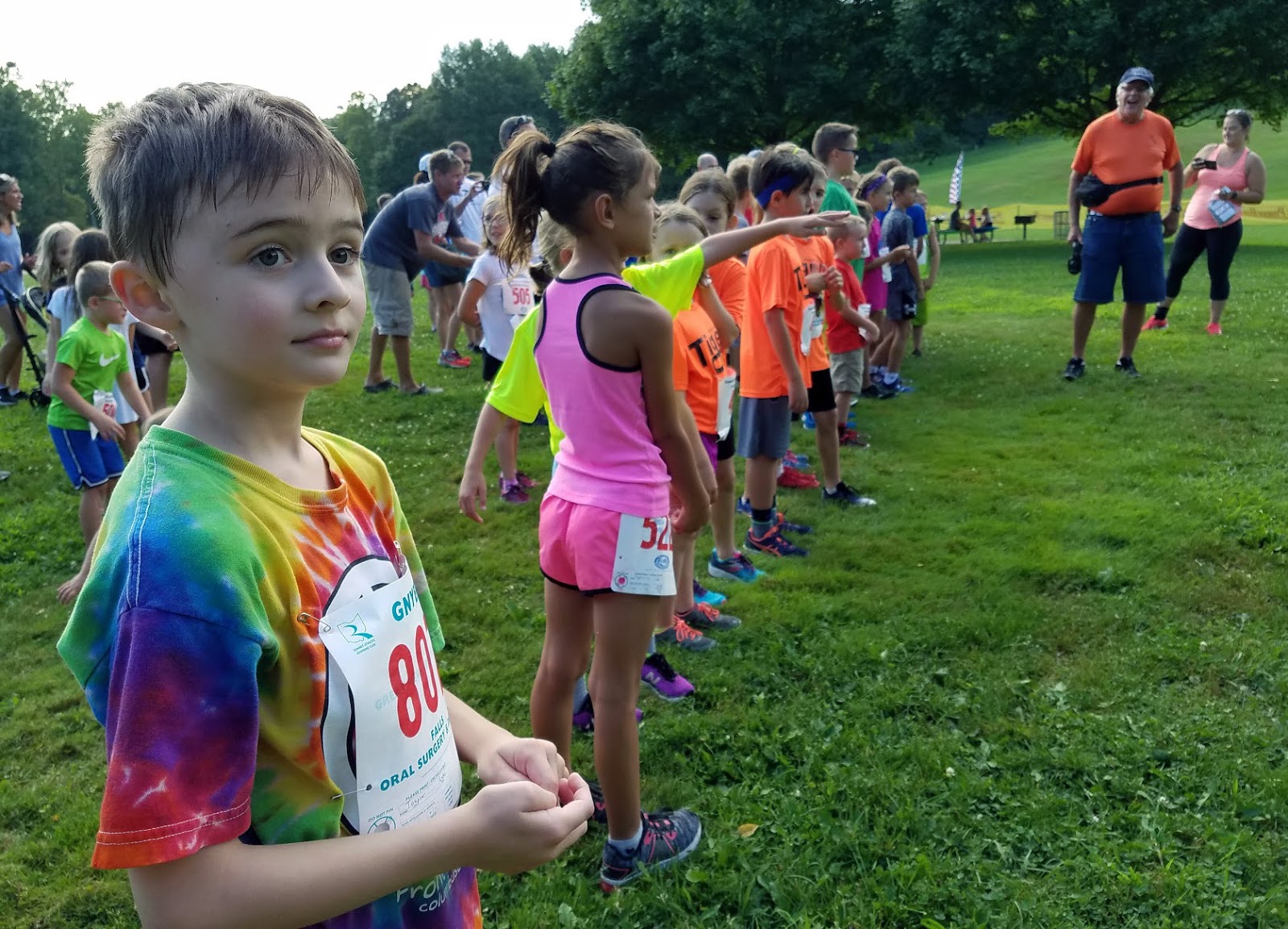 And they're off! Luke is to the left at the bottom, smiling all the way! Right after this shot he yelled, "Yeah!"

Luke did this with no training.

But managed without stopping.

He was overly verbal during the race! 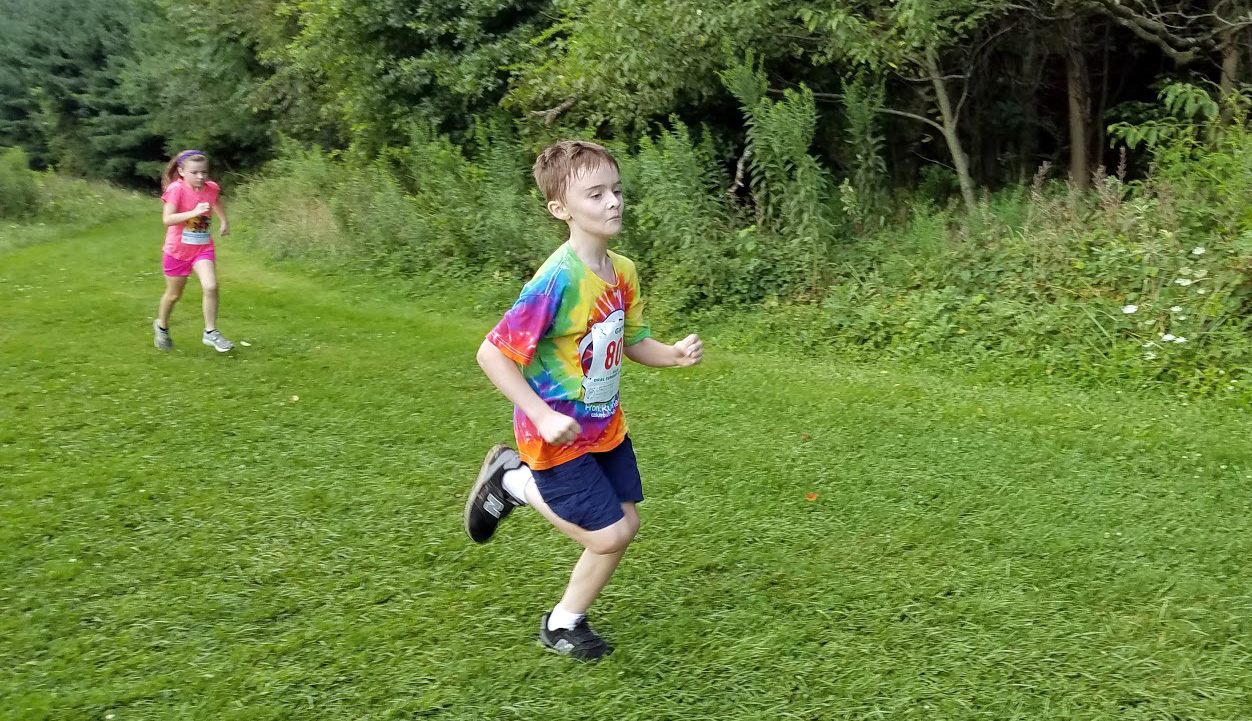 He started running wide of the finish line but made it into the shoot. Listen to his comments.

Below, Luke displays his ribbon. 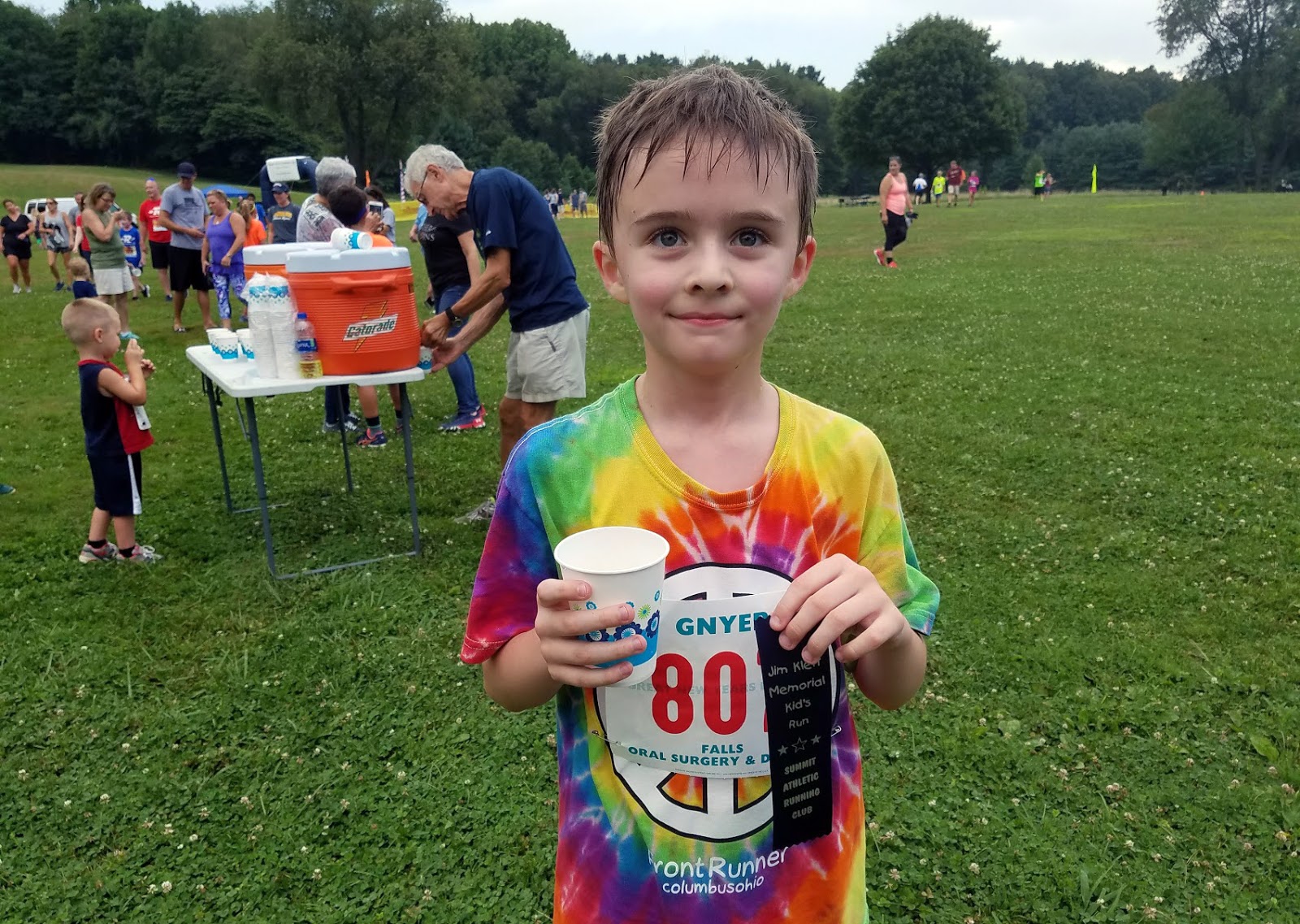 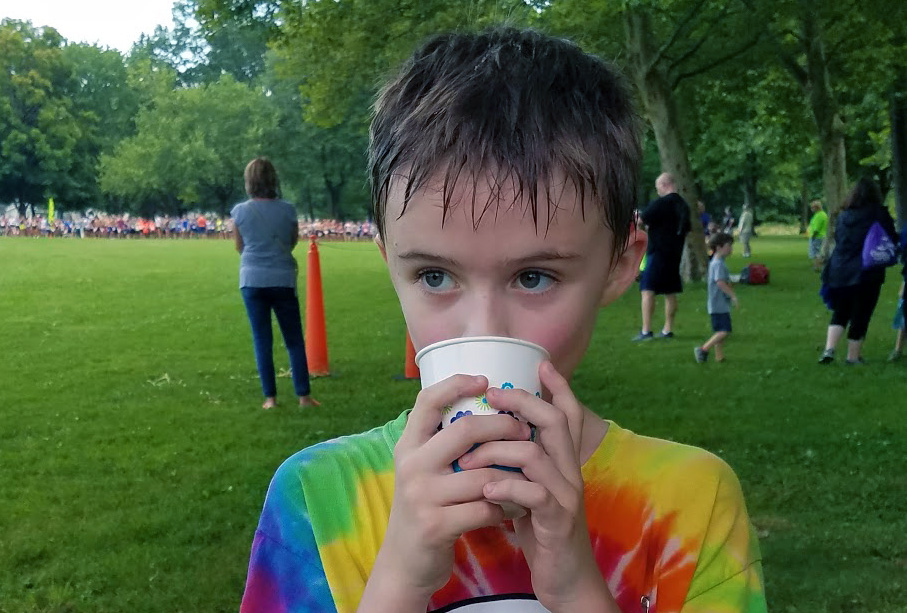 Jack's race was up next. Below is the start. Their team in on the right, in red.

Jack as he approaches the halfway point. 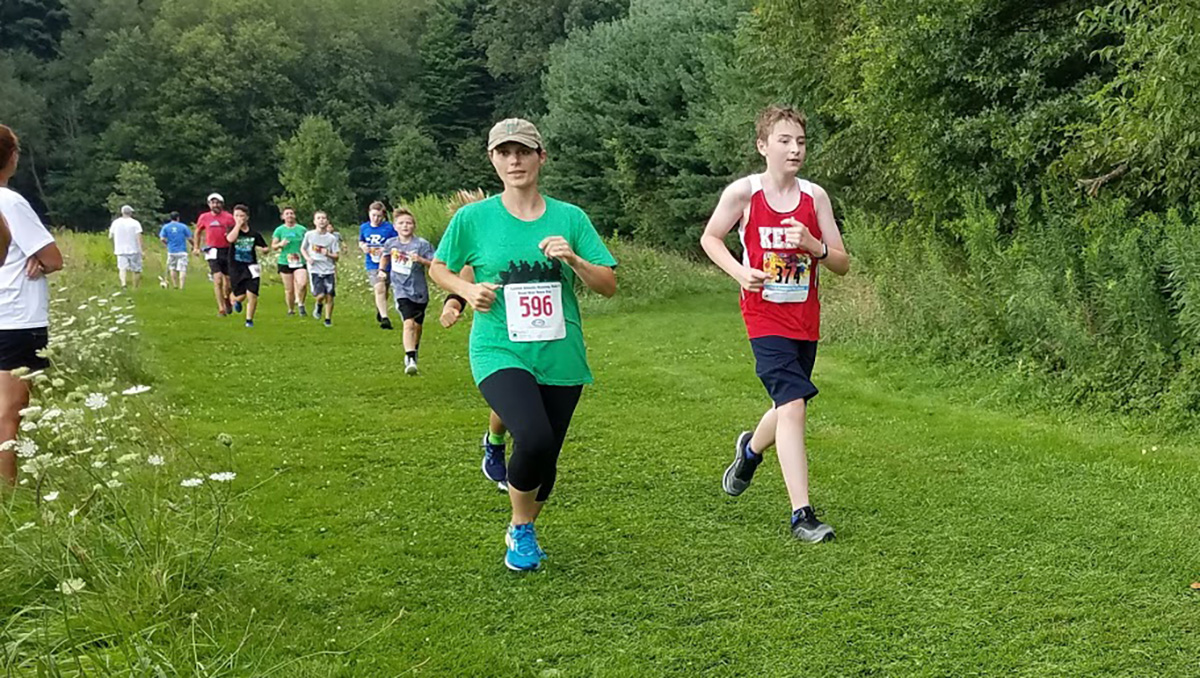 Now into the second half of the race but THE HILL is just ahead. 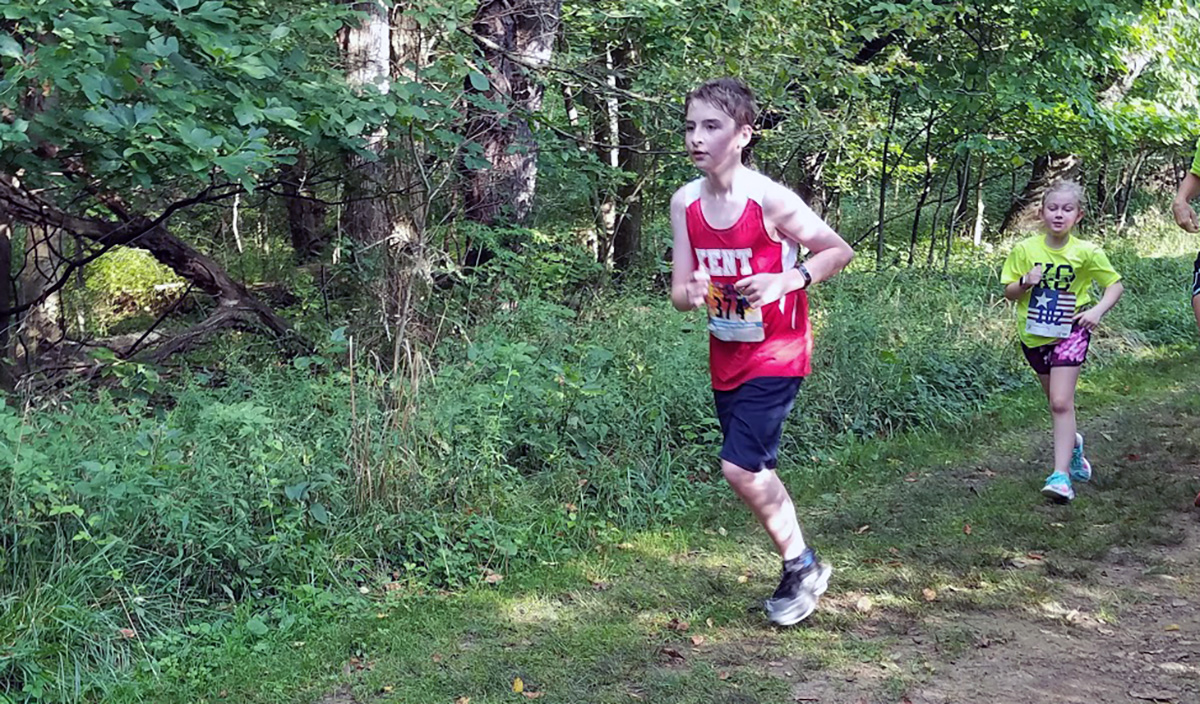 The below shot is taken from about 75% of the way up the hill. It's an amazing view. If you look very, very closely, you can see Jack at the bottom. 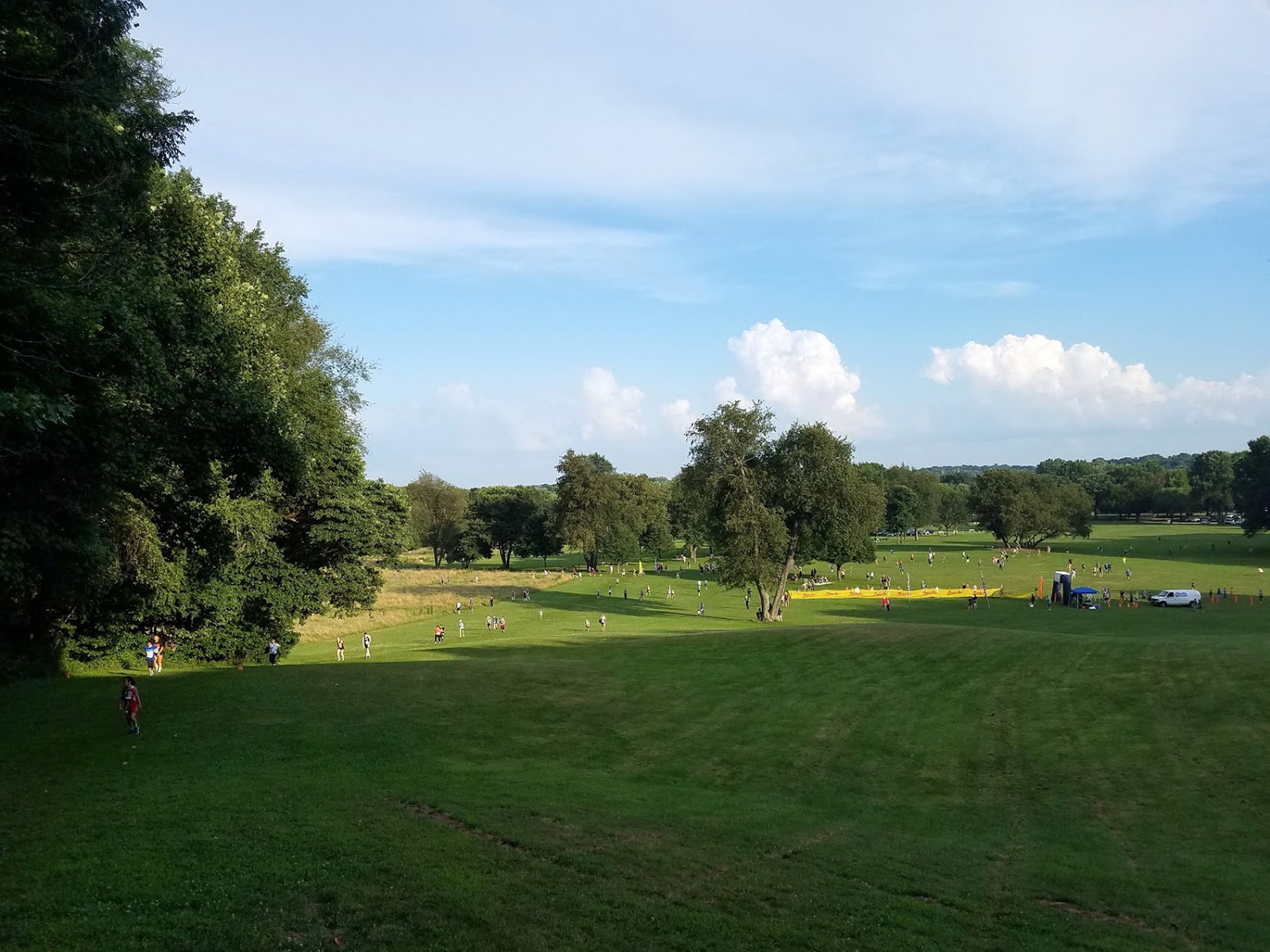 He did not stop to walk! And as you can see, Luke ran part way up with him, yelling words of encouragement. 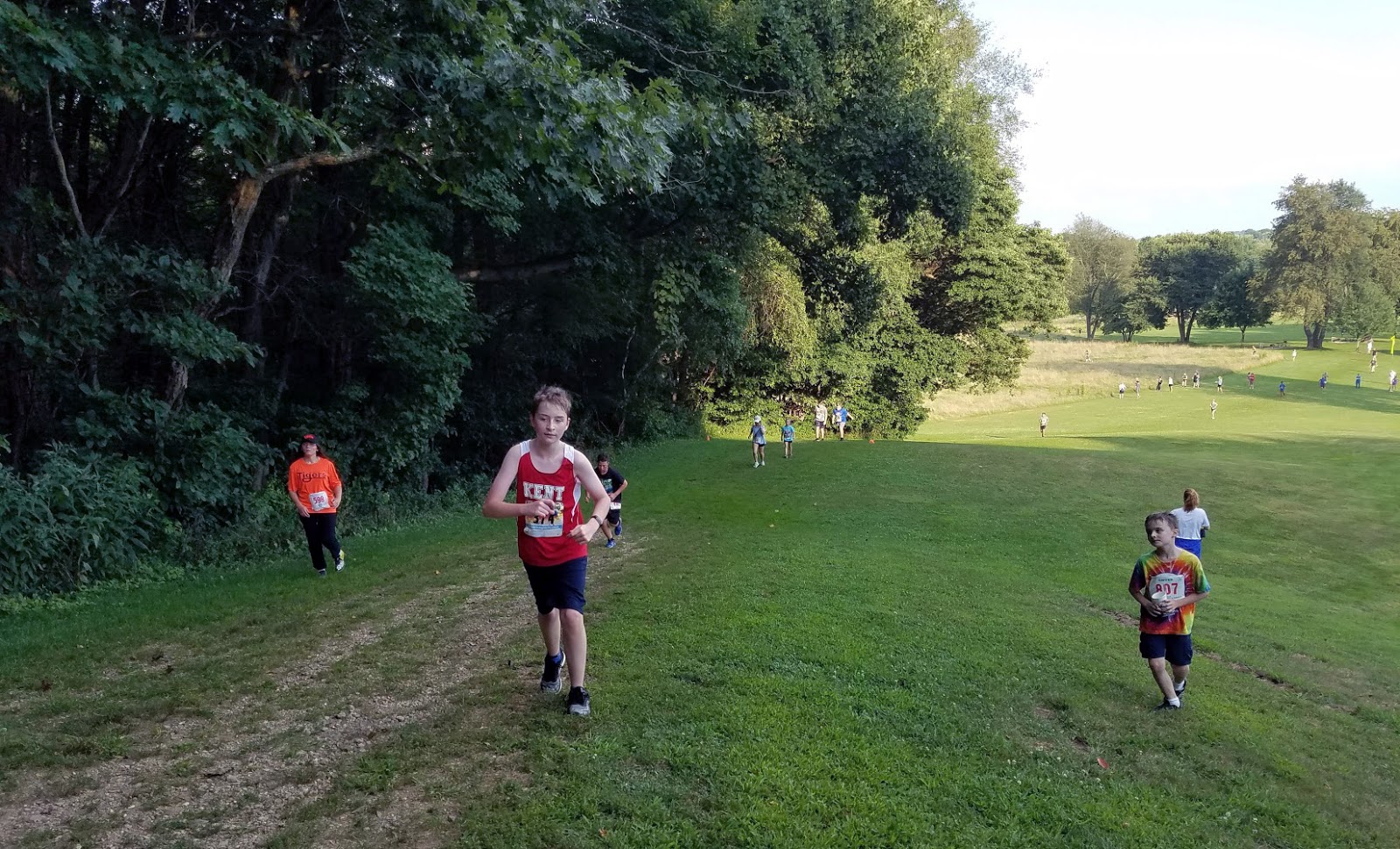 Then Luke and I took a short cut to the bottom of the hill so we could cheer him on. 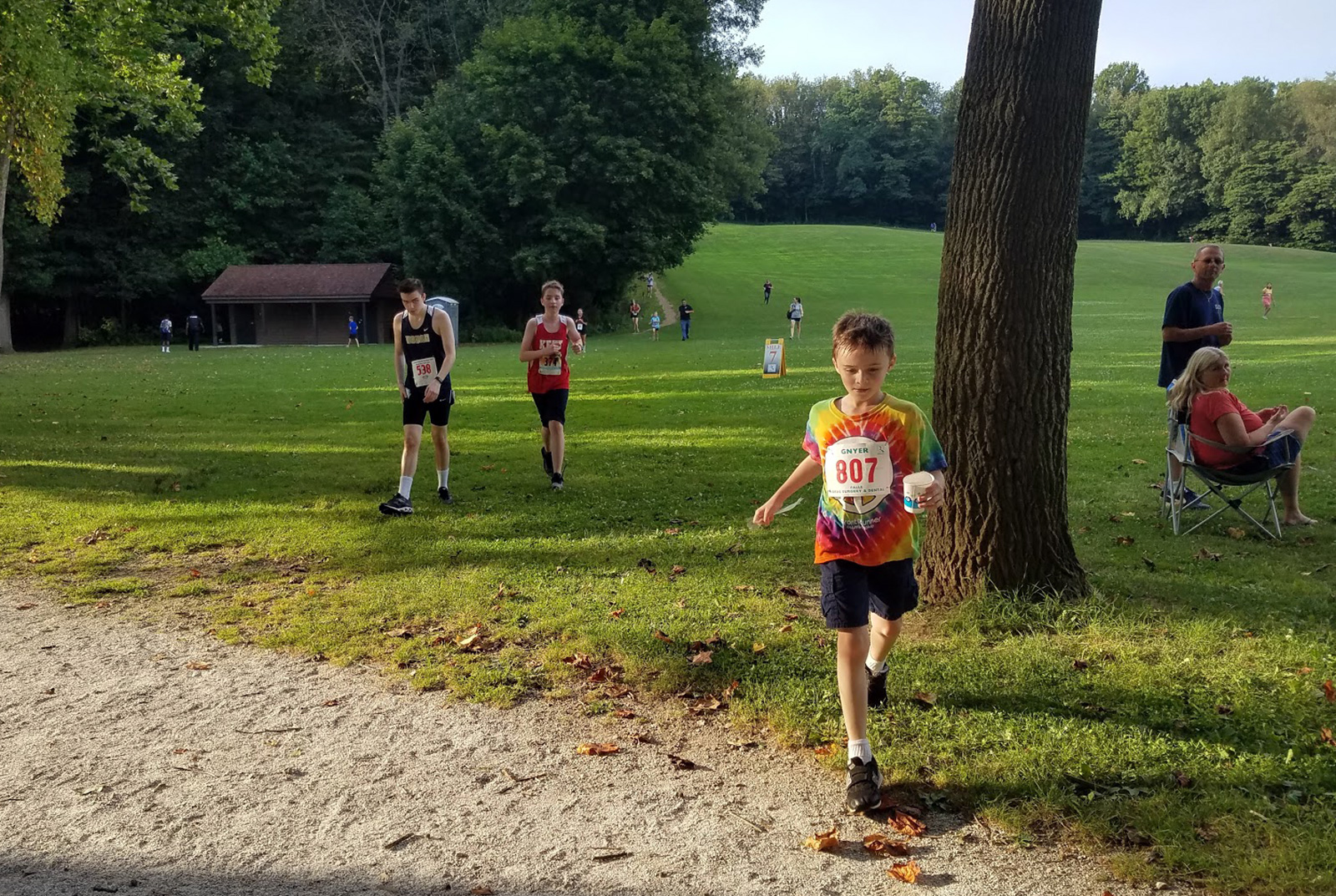 Jack monologues about his race. He was pleased and we are proud of him! 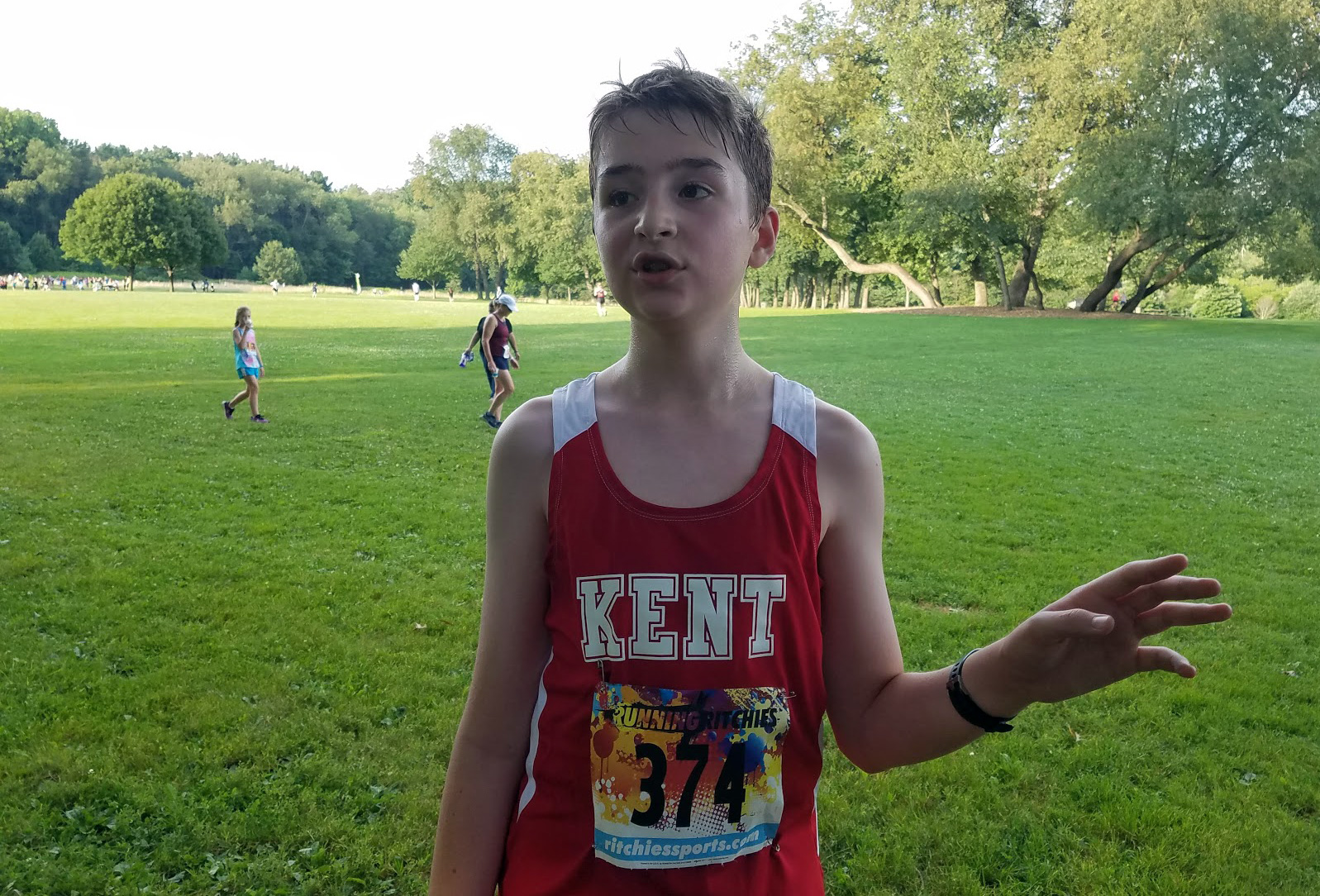 A short video of Jack talking about his race and how he went way-wide of the finishing shoot. I did not get a photo becuase I was trying to guide him back around. Funny.

Just a nice shot of our boy. 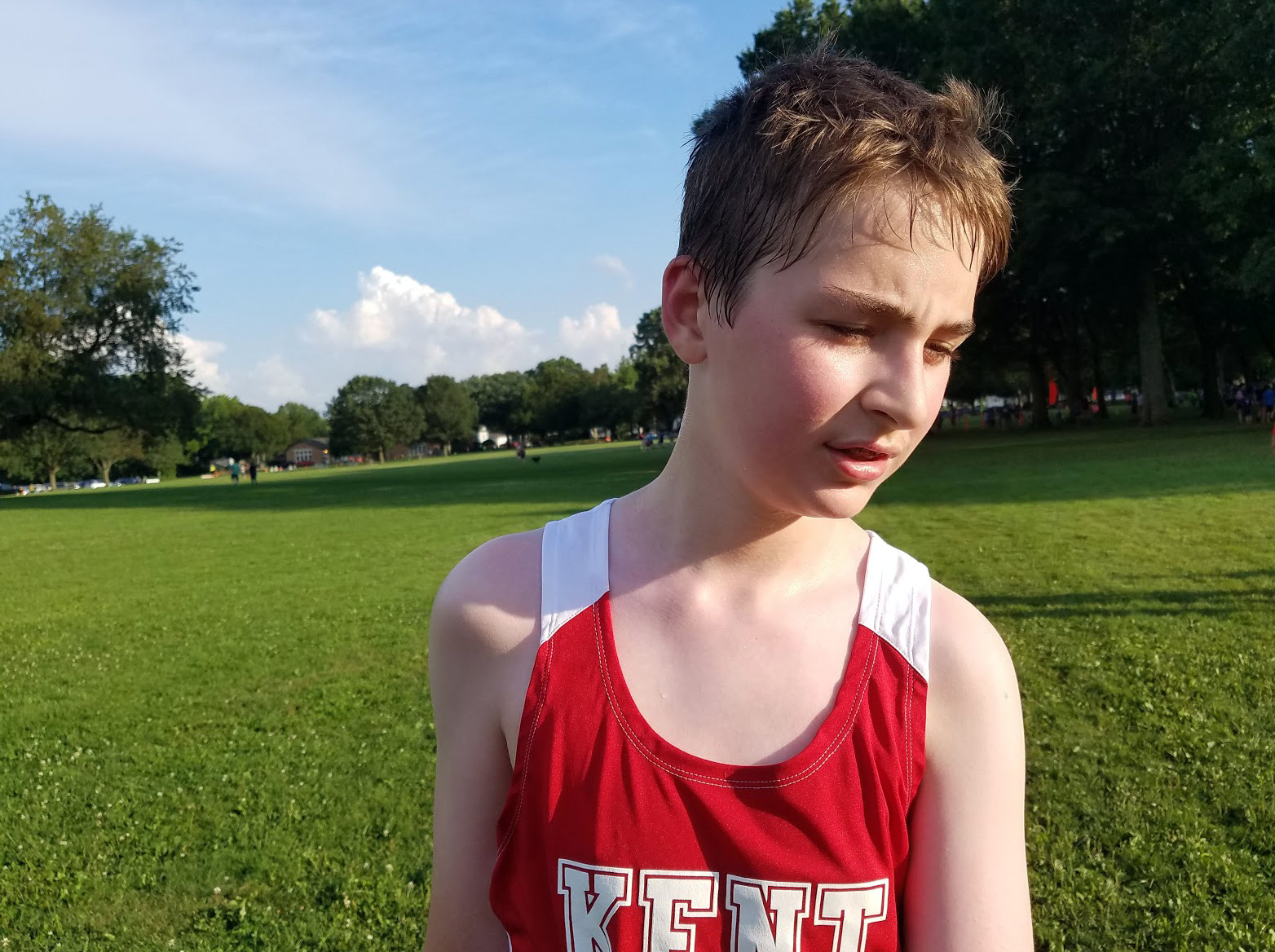 He seems to be enjoying the process. 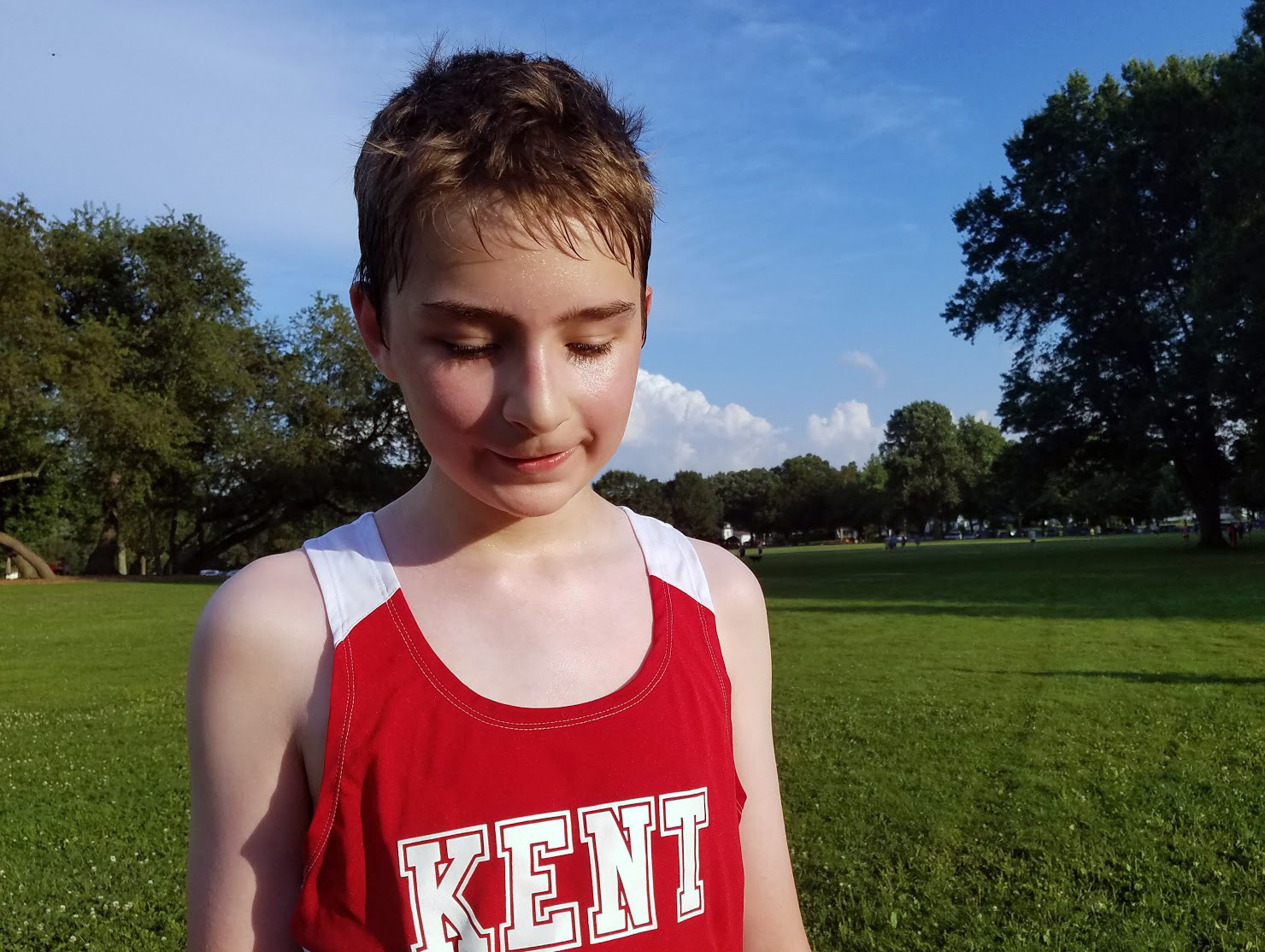