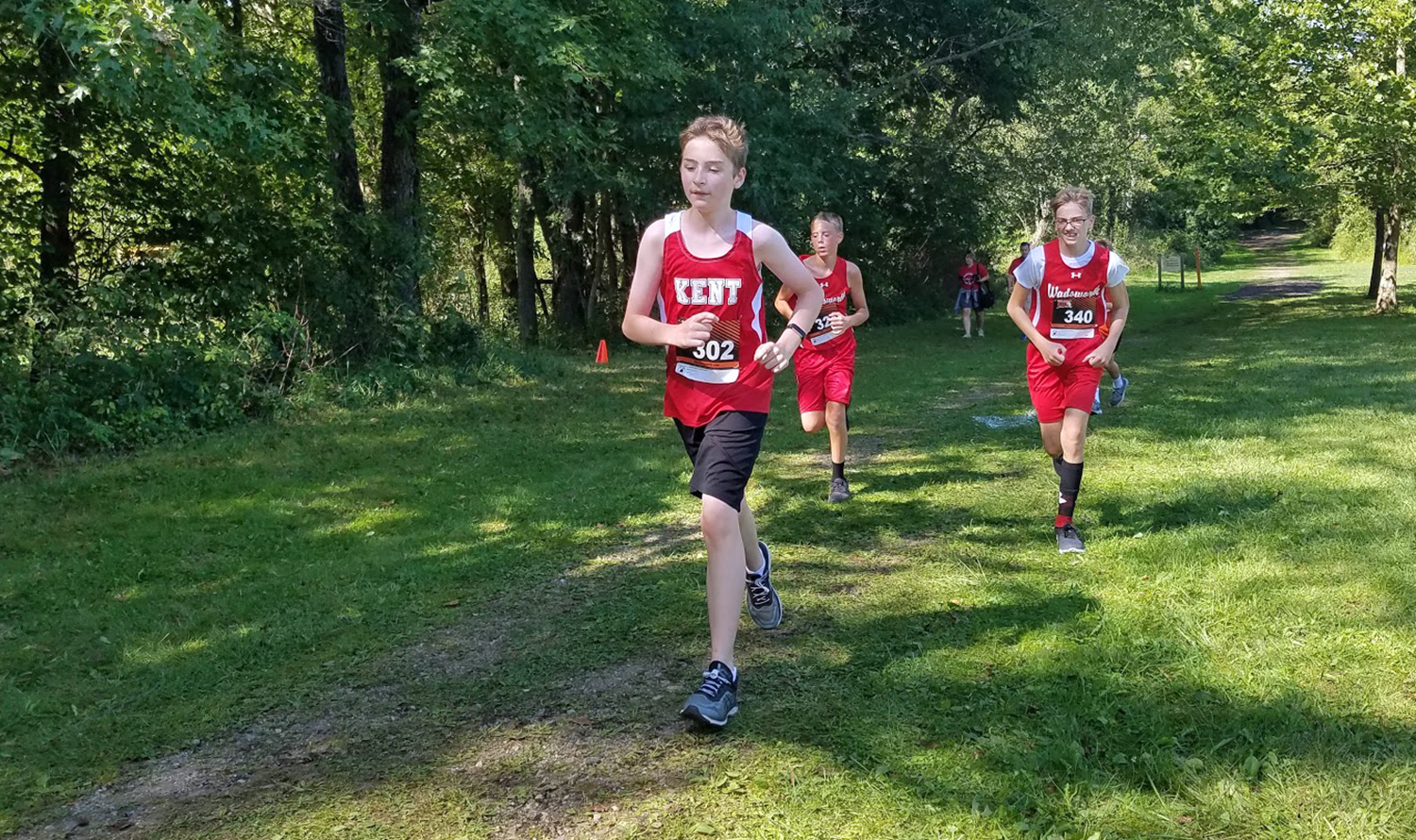 This was Jack's first official school race against other teams. Those pre-season races end up being important in preparation for this one. There was an amazing playground at the park. Here, Jack watches his brother on a zip line thing. 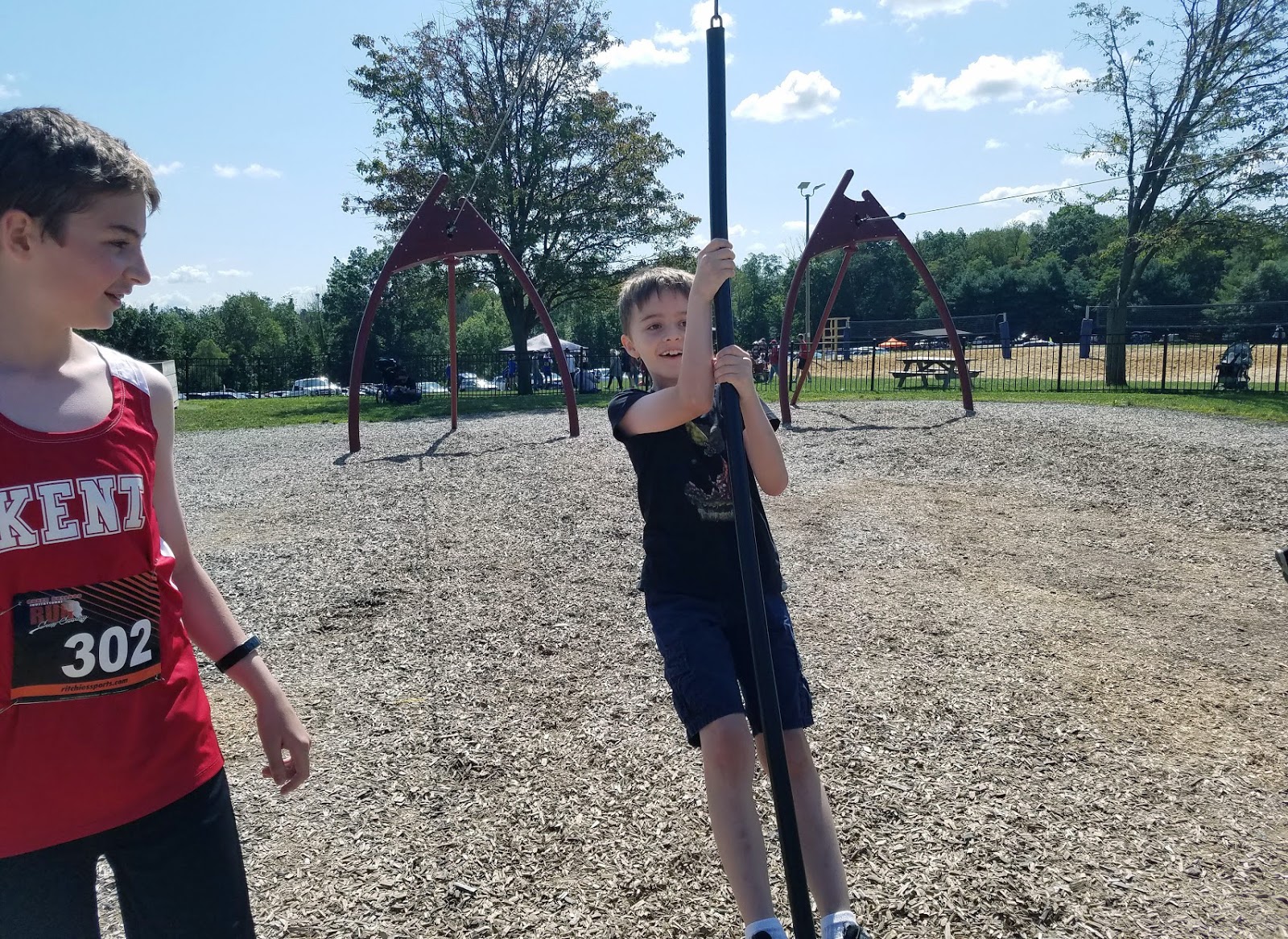 Waiting for a turn. 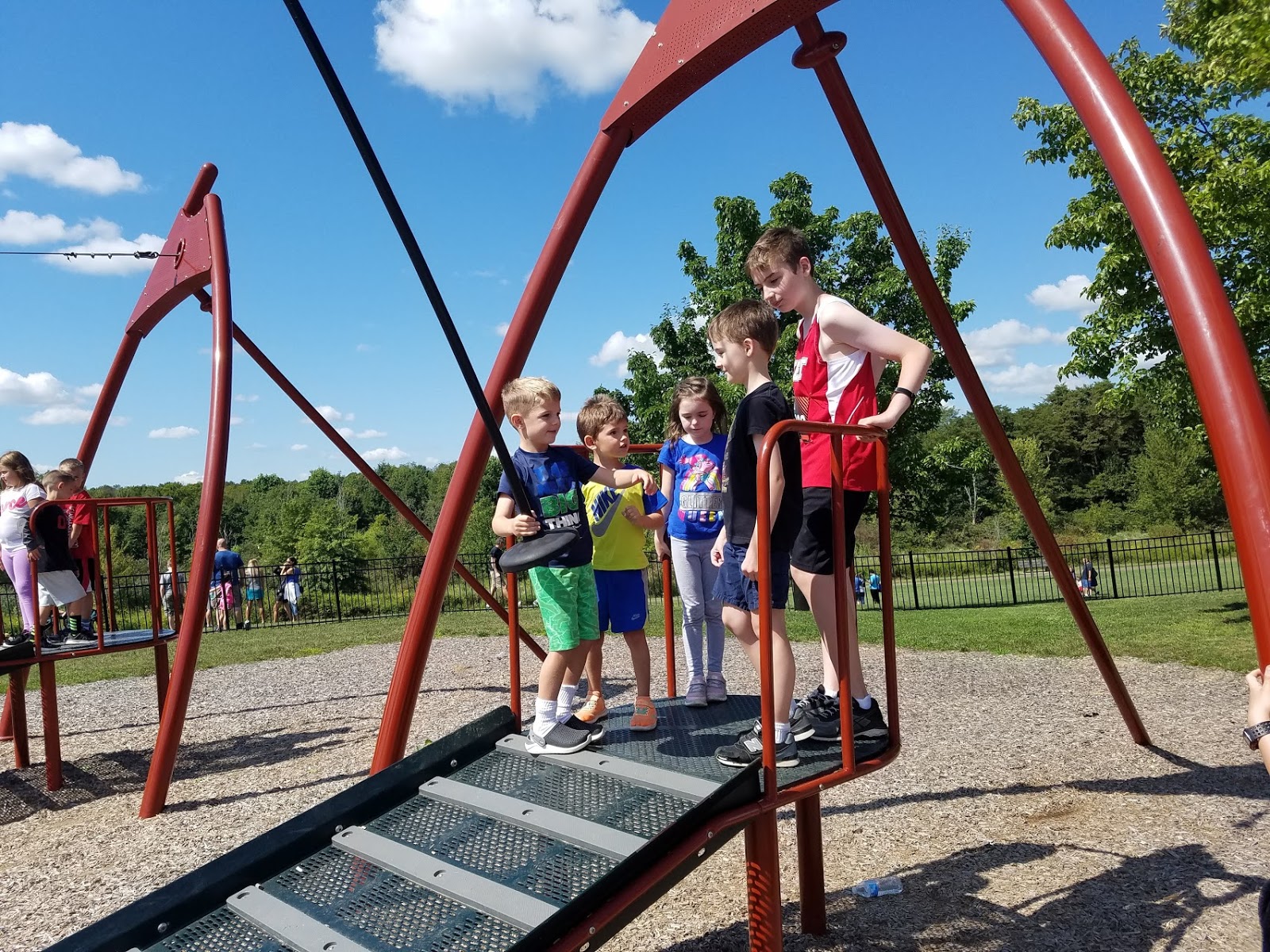 Five teams lined up. Three of them had red uniforms on! It made it a challenge to find Jack.

The video is almost not worth posting because it's only 8 seconds long. But, it shows the start of the 2-mile race and the enthusiasm these middle school kids possess. It makes me emotional every time.

As he passed, I said to jack, "You're in no mans land!" We had talk about the fact that he always gets stuck between packs/people, which makes it harder when running along. His response was a very calm, "I'm aware." 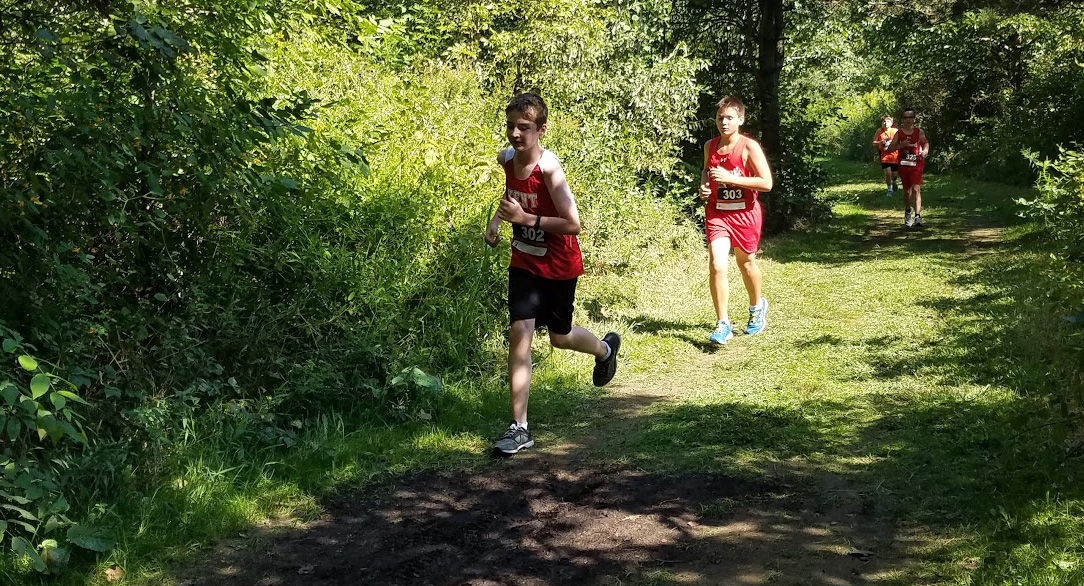 Below, over half way. Go, Jack! 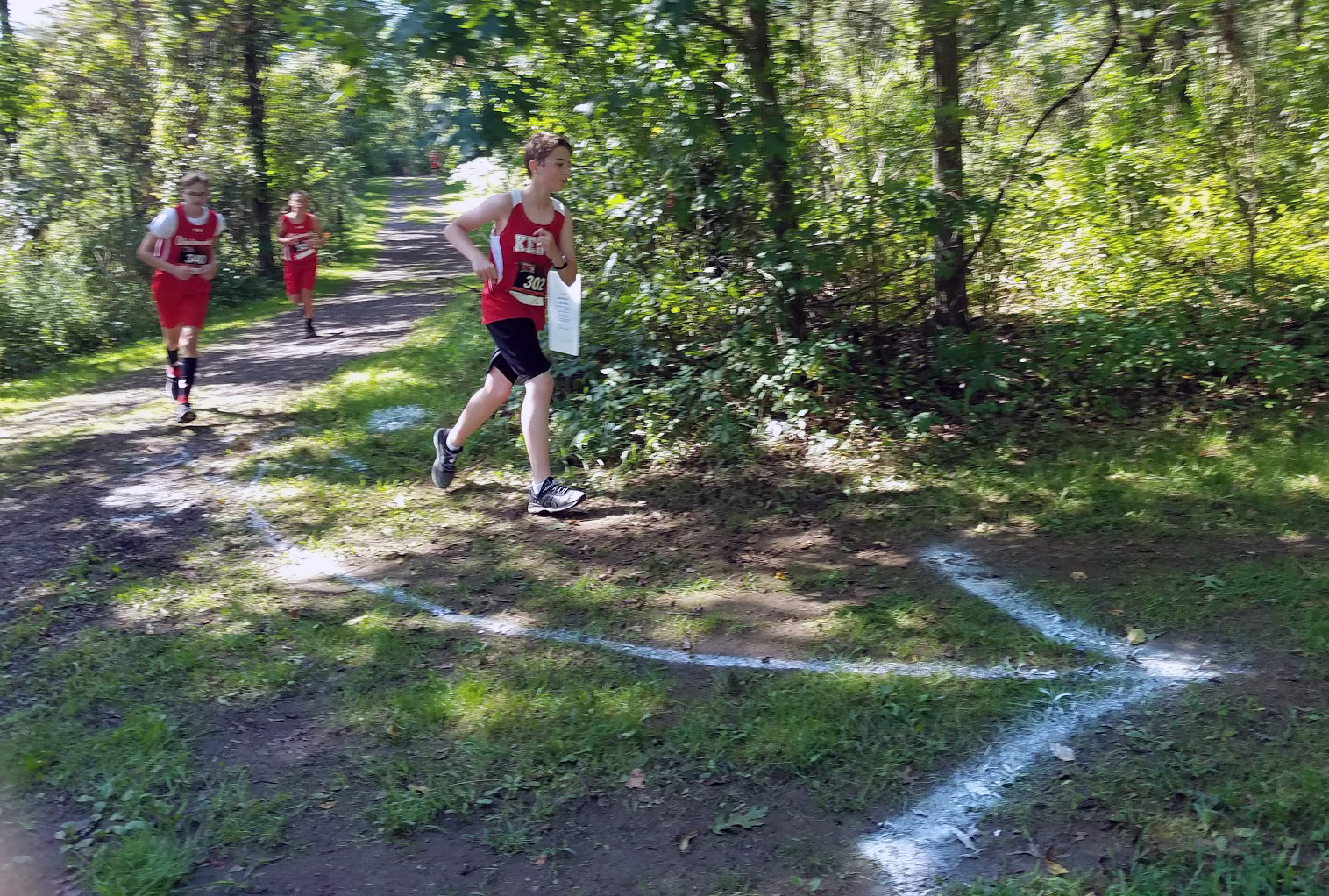 Below, Jack has his first finish line battle with a kid. It's all he could talk about after the race.

In all those years of XC races, I never, ever finished in the mouth of a giant bull dog. Good stuff. Oh, and if you look very closely, you can see Jack in the background, inside the dog's mouth. 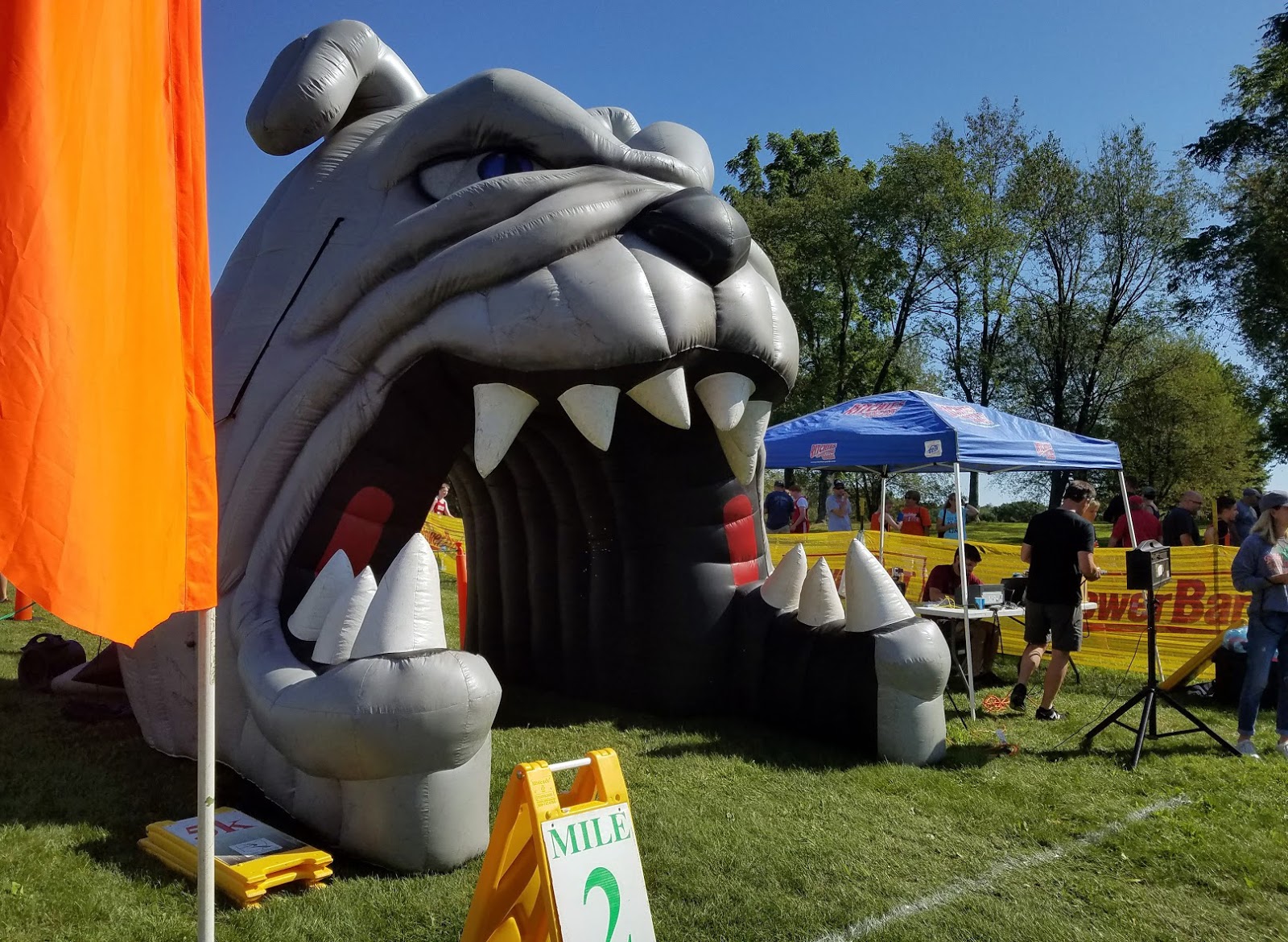 Yep, I meant to do that.