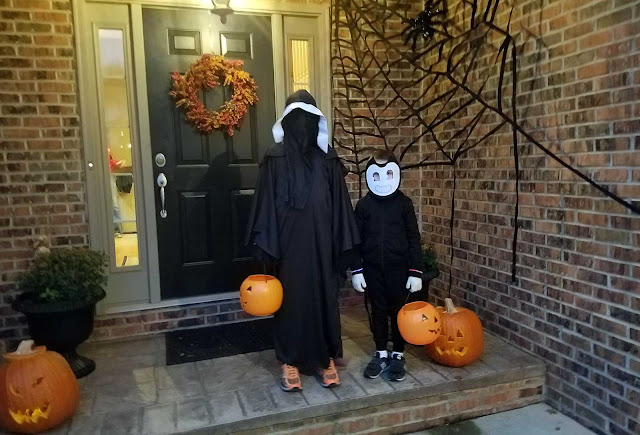 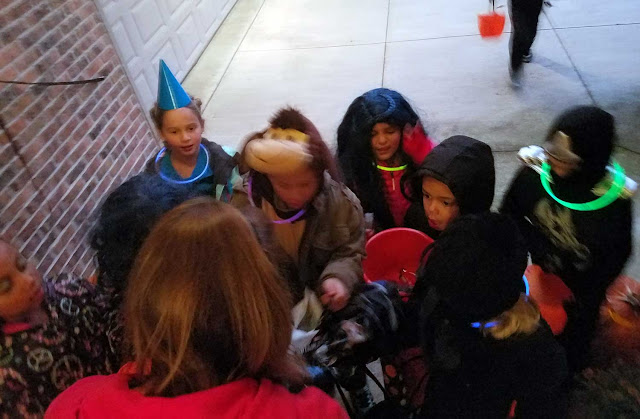 Where did they all come from!? 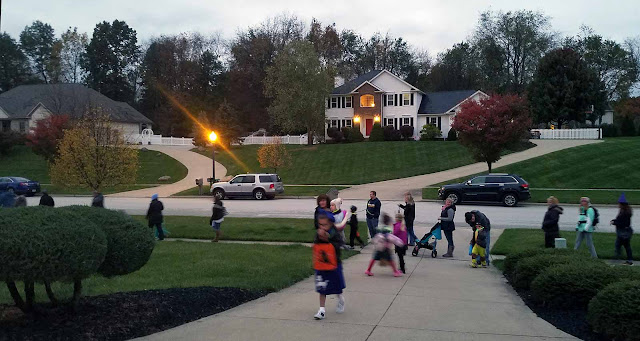 Andrew the fire fighter joined us for a while. 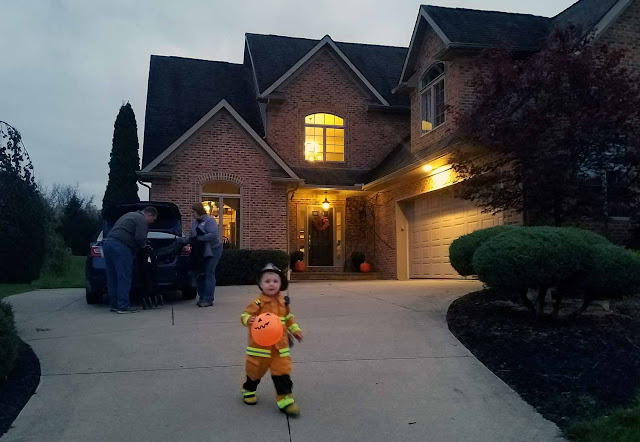 The neighbors went all out! 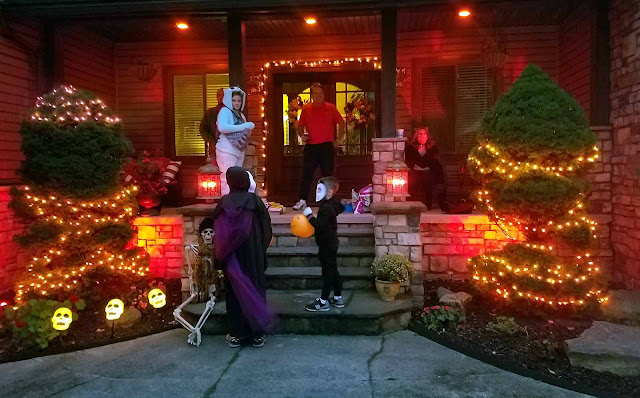 A cold but beautiful night. 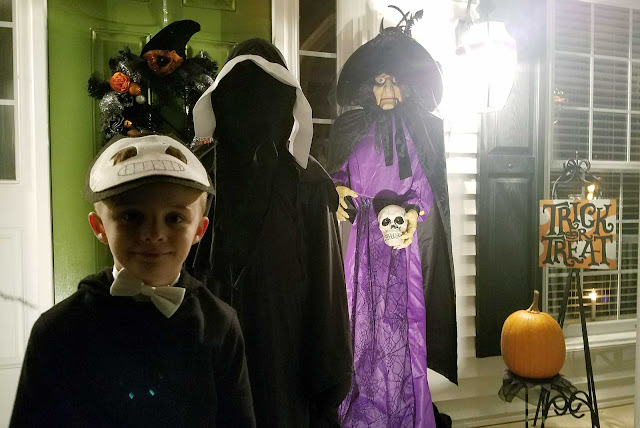 Below is Steve's porch. Not mine, a guy I occasionally cycle with. They were out of town this year. When decorated for Halloween they have the best porch in town. 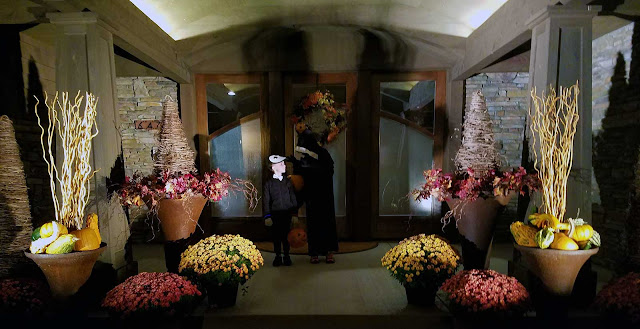 These guys were serving full meals!

Grandma & Grandpa
Dad had a board meeting so we had a quick but fun visit with grandma and grandpa in Columbus. 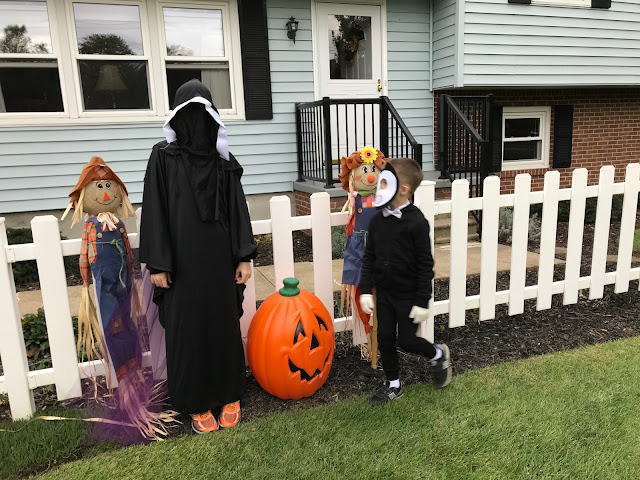 We had a cookout in the back yard. 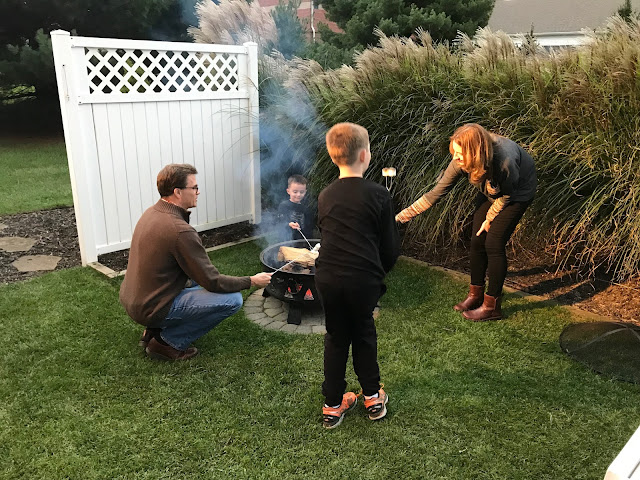 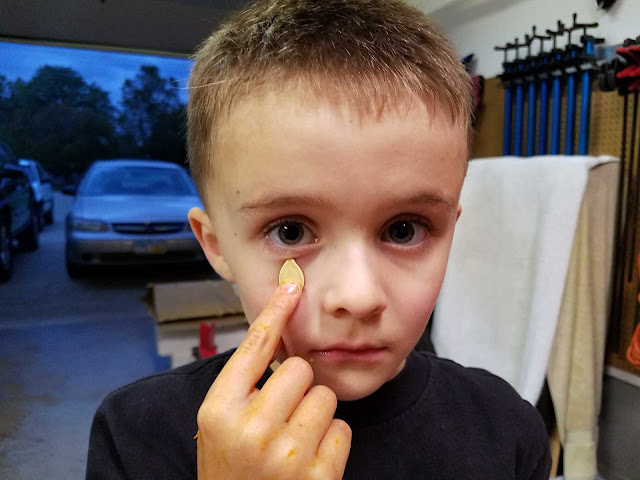 Iv'e been threatening him with acting classes. 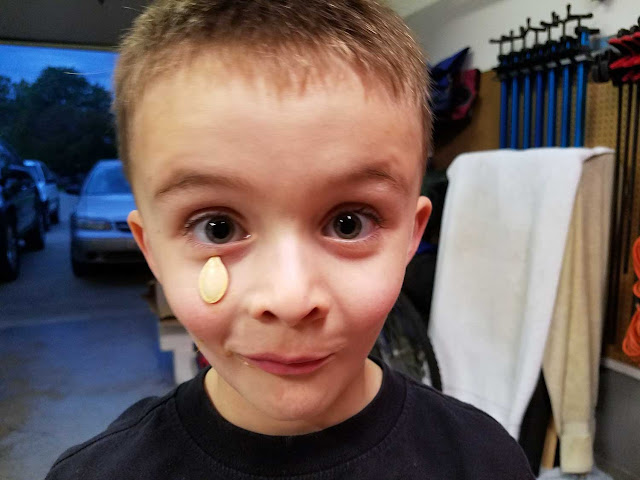 The boys had fun carving Jack-O-Lanterns with Grandma. 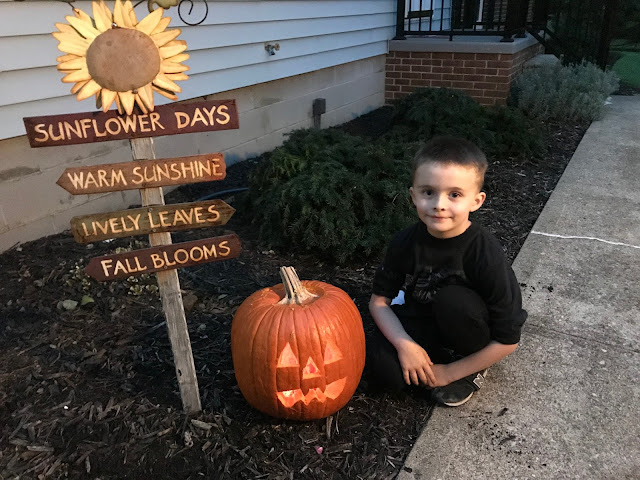 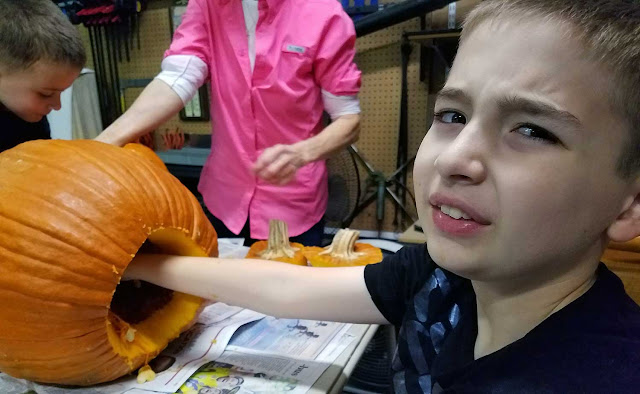 Yummy schmoores!
Until later. I have a ton of missed posts but we'll see if I can get some of them on the blog.