The Day of Two Parties 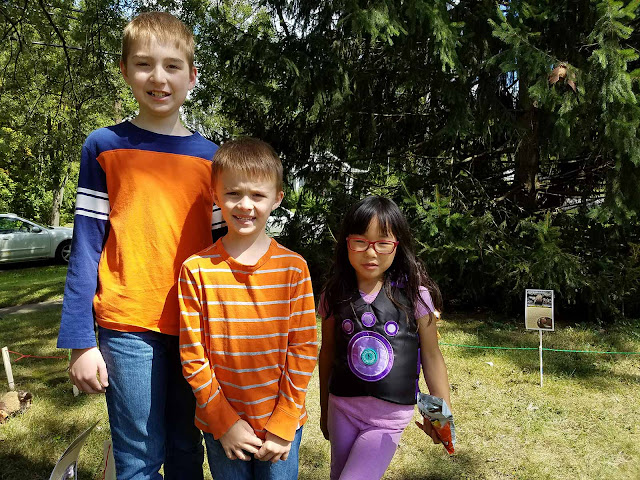 Kailani's entire house was transformed into a zoo. Every room and corner of the yard held an amazing exhibit. It was a labor of love and such an in-depth event. 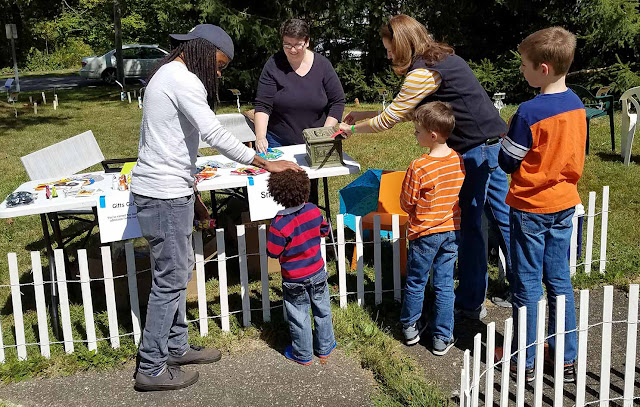 One of my favorite exhibit was the Mountain Goats. In the background you can see a couple of them peaking the highest elevation in Kent, Ohio. Every animal had an accurate informational placard. Kailani did most of the research! 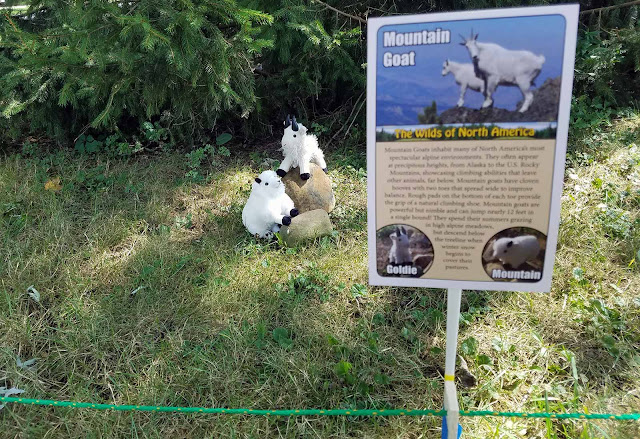 The below photo does not do the exhibit justice. The entire ocean and icebergs covered the floor.

There were real animals, too! Can you tell which G Pig is real? 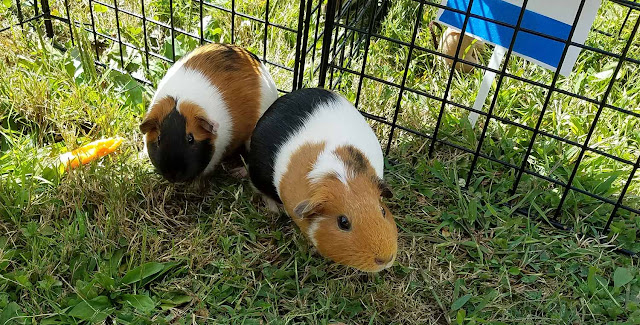 The ever rare "Wild Ross" was spotted! 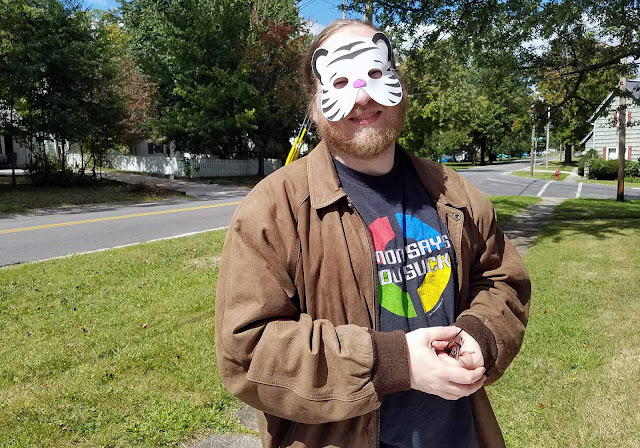 Luke thinks, "I hate playing with sand so, so much. It's so sandy." 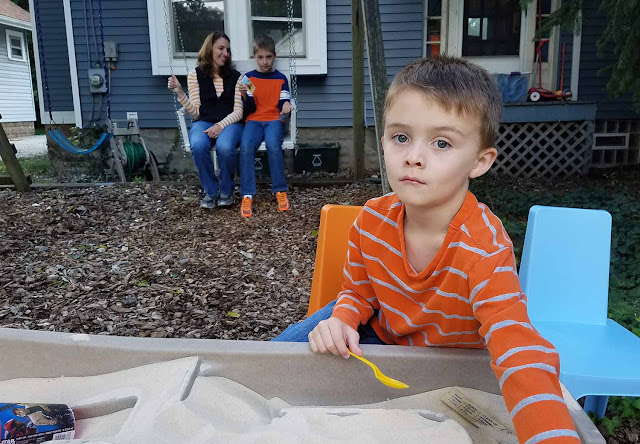 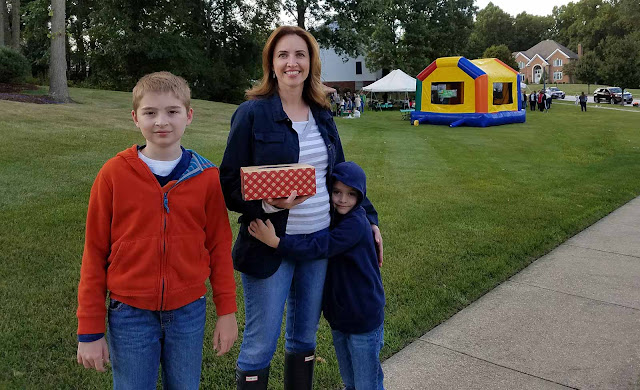 There was a raffle and jelly bean contest. Mary won the first raffle prize of the night! 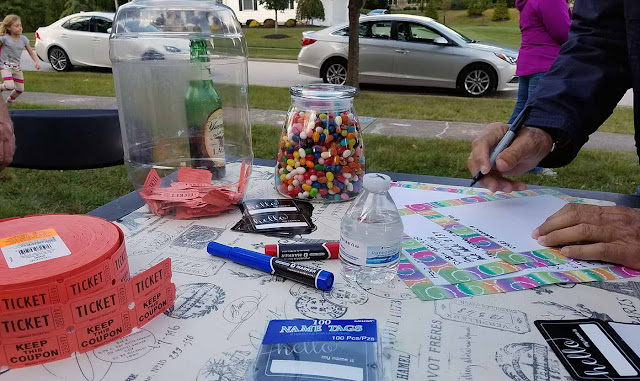 The grill master, Jim. He and his wife Maryanne are our neighbors and organized the event. Bravo! 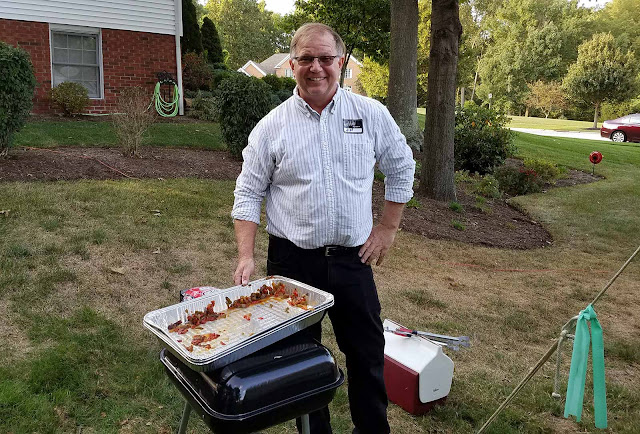 The event was set up on an empty lot in the middle of the neighborhood. 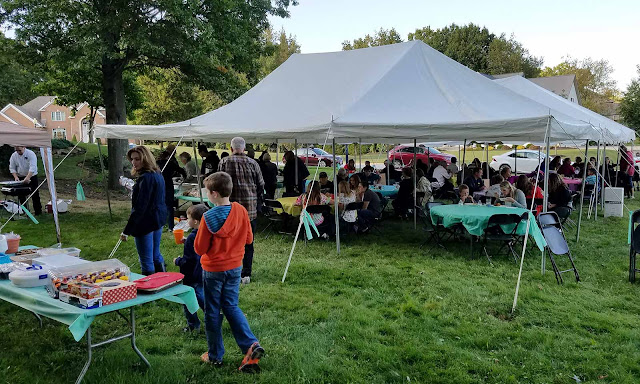 Sweaty Jack after the bounce house. 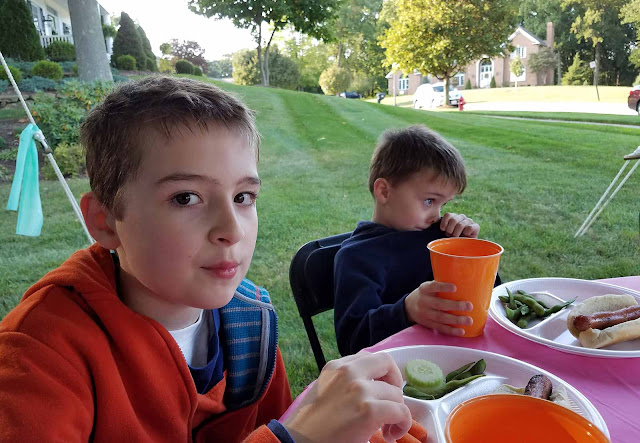 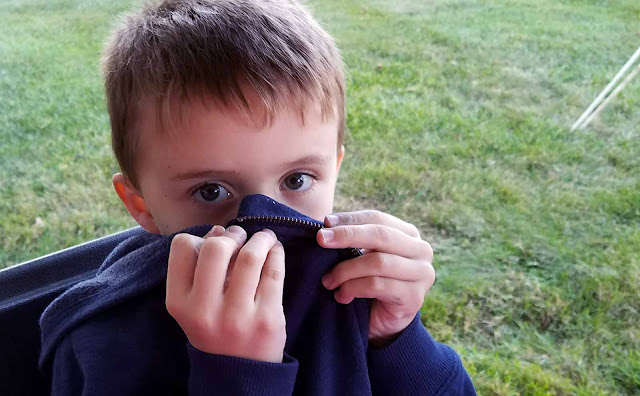 I wish I had thought of taking more photos but maybe next year.