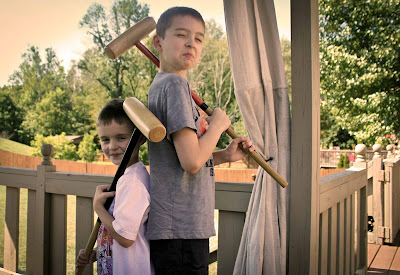 It's really been a great weekend. Nothing fancy. We just spent a lot of time with the boys. Yesterday we played croquet in the back yard. Jack set out a pick-nick for us. Below: Jack watered the plants as Fluffy looked on. 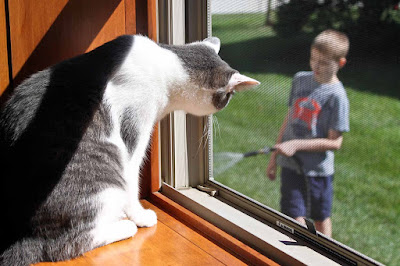 The boys spent most of the day outside. It was one of those days that we, as adults, think back on as a summer of endless hours to fill with whatever you wanted. 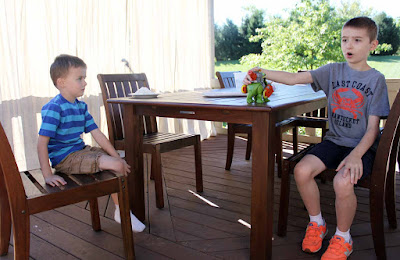 One of Jack's friends showed up at the door; they defaulted to Minecraft on the PS4, but otherwise they just tooled around. 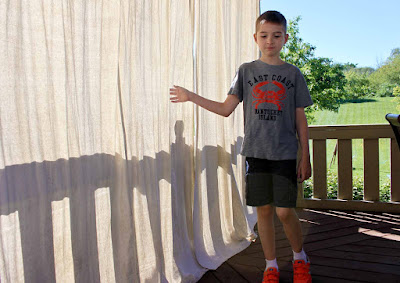 It was also a cool weekend (until today!) so the boys enjoyed the weather. 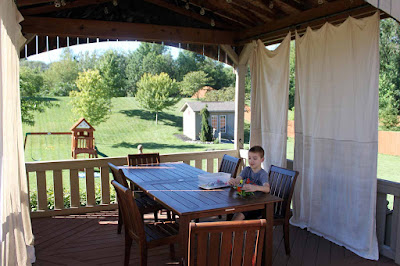 Labor Day weekend is also the official last day of summer and the last day Jack and Luke could complete their "Summer Challenges." Each challenge was worth 5-15 points. Once they got to 100 they get a huge reward of their choosing. 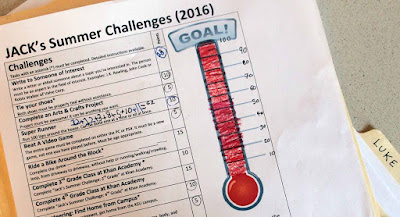 For example, Luke they made treasure maps for each other. Jack did an orienteering challenge (I forgot to post photos of that) and Luke drew a maze. Below Jack and Luke complete the "Super Runner" challenge. For Jack that was 100 laps around the house. It was the last challenge he needed to hit 100...and he did it this morning! 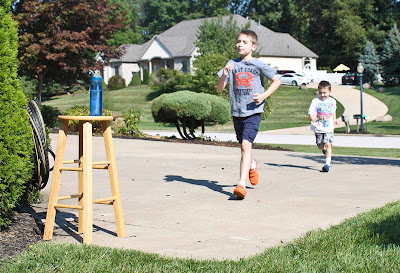 So many forgotten moments this summer. Below are some shots of the boys playing checkers downtown. 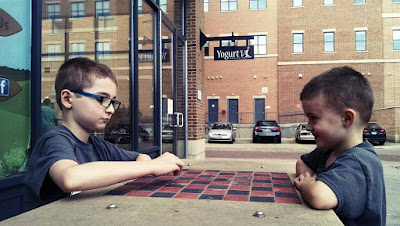 It's been a great summer. 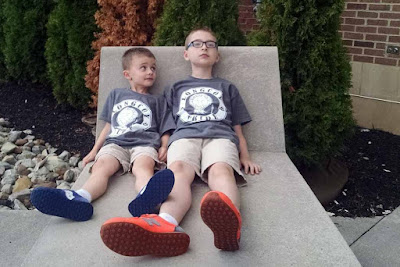 We hope you all had a wonderful summer!