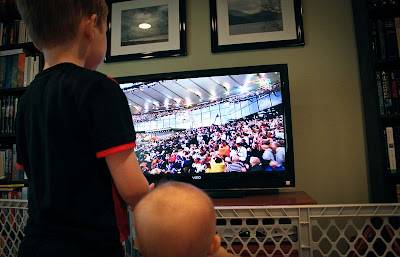 The boys got to stay up late to watch the 2012 Olympic Opening Ceremonies. For Luke it was all sound and fury but for Jack it generated many questions. Below: Some of you know Mary and I are reading GRRM's Song of Ice and Fire series. Two of our regular blog followers are doing the same so I included a little video called Write Like the Wind (book 6 will be called The Winds of Winter) imploring GRRM to write faster. I'm into book 5 (A Dance with Dragons) but may shelf it for a bit to close the gap before the next installment in...2014? HBO has tackled the books and is currently into season 2.