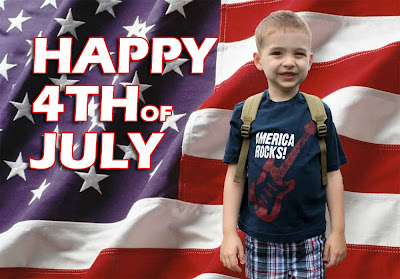 We hit the Canfield 4th of July parade yesterday. Below: Really? I have to stay with Luke? He's not even awake. 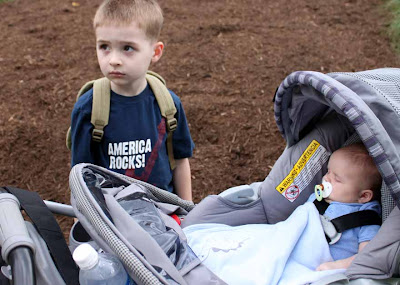 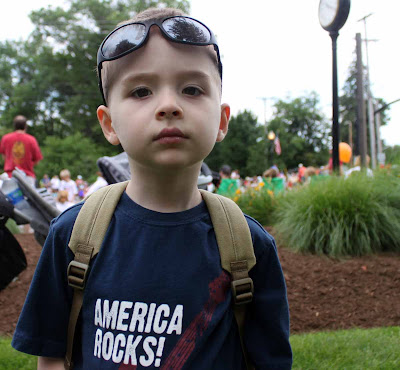 Below: Jack's favorite part was chasing down the candy thrown by people in the parade. It got more competitive than cage fighting but he got his share. I have never seen anyone eat that much gum. It was horrible. He could not grasp the concept of endless chewing. You swallow food, right? 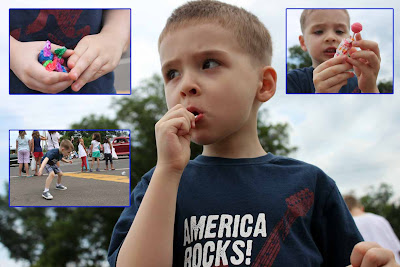 Below: Many games were also enjoyed. Frustration tolerance was tested. In the game seen below you were supposed to stand behind a line that was about a mile back. 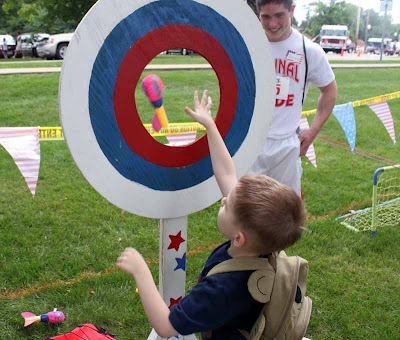 Below: One of the prizes Jack won at the "pull the lollypop out of the wood post game." Um, yep. 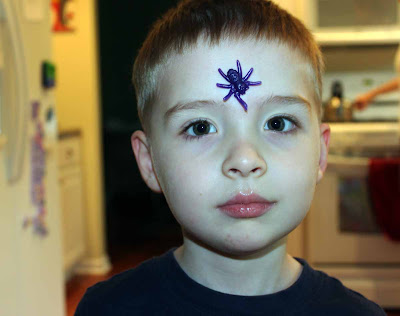 The worse part was the giant "bouncy caterpillar." Kids went in but they didn't come out. Parents gathered at the mouth but their children never materialized. The single teenager in charge was overwhelmed. Everyone said, "Someone needs to go in there!" Guess who went it? The other parents shouted their kid's name at me, asking me to send them out. That didn't work. Instead, I just yelled at every kid I saw. They ran out, all buy my son who put up a fight. We went home after that. Below: What you talking about, Mommy? 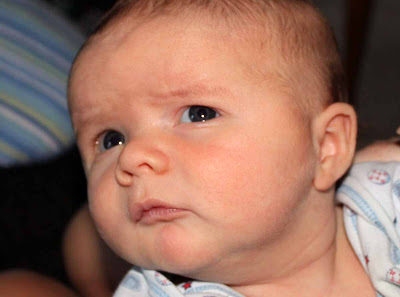